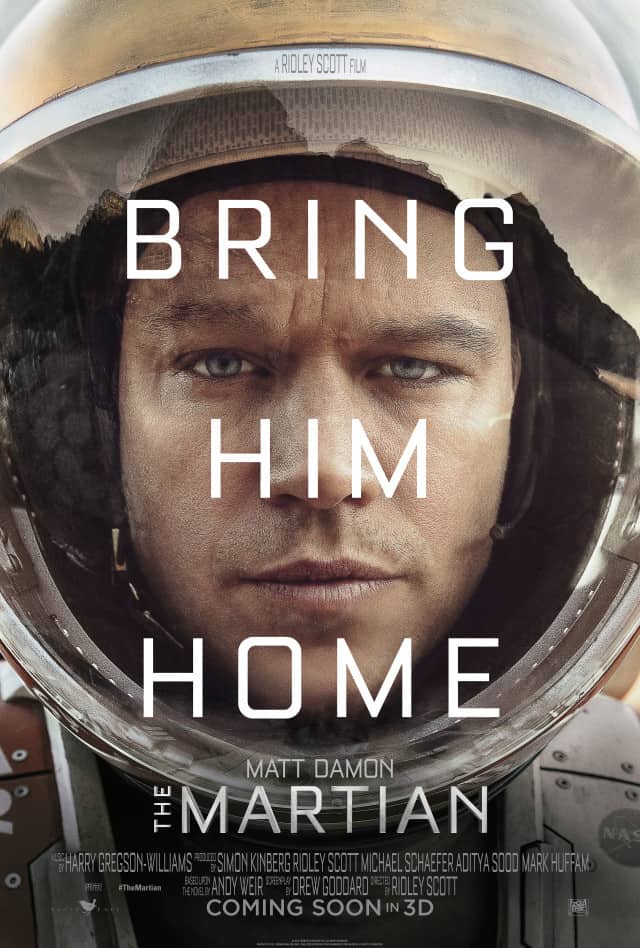 Someone alert David Bowie – there is life on Mars after all. It comes in the form of astronaut Mark Watney (Damon), who is stranded on the planet after being presumed dead when a sandstorm strikes his crew. The rest of the Ares III astronauts, Lewis (Chastain), Martinez (Peña), Johanssen (Mara), Beck (Stan) and Vogel (Hennie) are bound for home, unaware that Watney is still alive. Watney is left to fend for himself, drawing on every ounce of resourcefulness as he makes the most out of extremely limited supplies, eking out an existence on Mars. Back on earth, NASA director Teddy Sanders (Daniels), Mars missions director Vincent Kapoor (Ejiofor), public relations manager Annie Montrose (Wiig), Jet Propulsion Lab director Bruce Ng (Wong) and others labour over devising a rescue plan once they discover Watney did not die as they had believed. In the face of sheer adversity, the “Martian” must survive and work towards finally coming home. 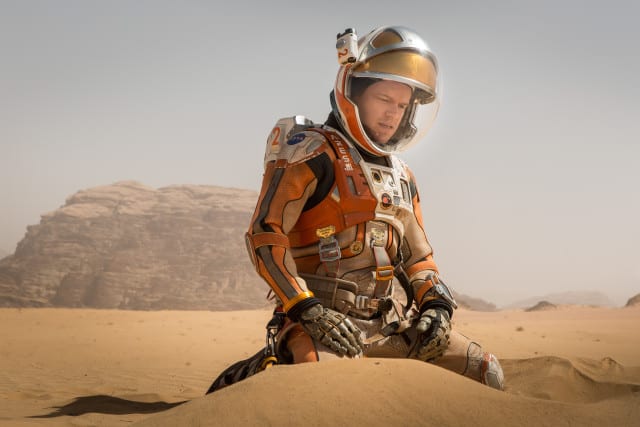 The Martian is based on Andy Weir’s 2011 novel of the same name, which was lauded for being thoroughly researched. There exists a scale, albeit a subjective one, of science fiction “hardness”, with something like Guardians of the Galaxy on the “soft” side and 2001: A Space Odyssey on the “hard” side. The Martian is a rare big-budget Hollywood hard sci-fi film and it emerges triumphant. Director Ridley Scott hasn’t had a spotless track record, coming off last year’s below-average Biblical epic Exodus: Gods and Kings. His previous sci-fi film, 2012’s Prometheus, proved hugely divisive. With most of the key crew from Prometheus including director of photography Dariusz Wolski, editor Pietro Scalia, production designer Arthur Max and costume designer Janty Yates returning, Scott has managed to more than redeem himself. 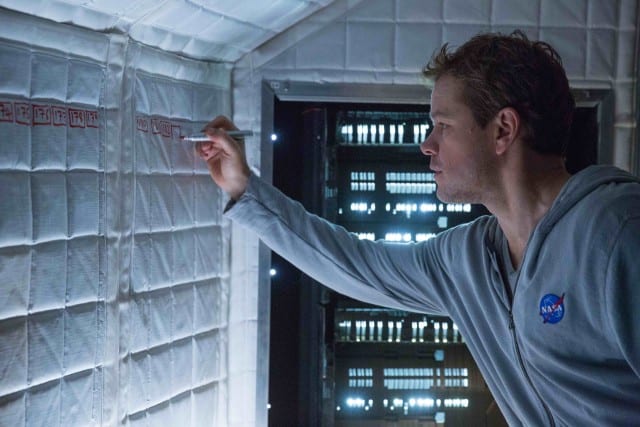 The Martian boasts a sweeping, epic majesty juxtaposed with the intimate tale of one man’s survival. Jordan’s Wadi Rum seems to have made a steady career doubling for the fourth planet from the sun in films like Mission to Mars, Red Planet, the Last Days on Mars and this one. While everything does look a little too slick and Hollywood-ised, there’s still a sense of authenticity, the harsh environs and the sheer remoteness of the Martian landscape driving home how slim Watney’s chances of making it out alive are. Real-life NASA staffers must be drooling at seeing manned Mars missions depicted so gloriously on the big screen, given how bureaucracy, a lack of funds and myriad other obstacles stand in the way of this actually being realized. The 3D effects are superb, most noticeably when we get to see astronauts floating through the long hallways of their spacecraft and in the exterior shots of the detailed and realistic Hermes ship drifting through space. 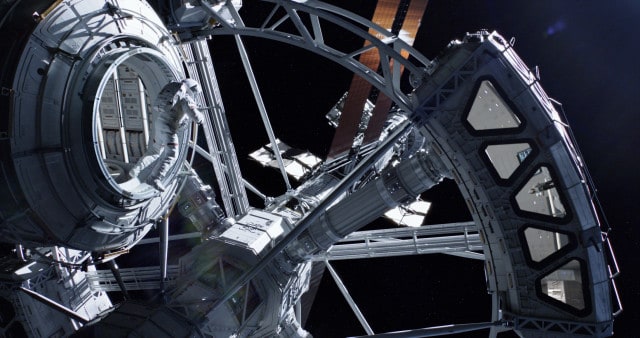 Screenwriter Drew Goddard adapted Weir’s novel for the screen, and on paper, The Martian certainly sounds like it could be boring, with too many finicky technical details potentially holding the viewer at arm’s length. A good portion of the story unfolds in voice-overs that are packed with scientific exposition, but there is just as much showing as there is telling and the script is light enough on its feet, not getting weighed down by the “boring stuff”. This is a film that celebrates and champions science, all of its characters being the best and brightest. It’s also an extremely human survival story that almost defiantly refuses to spiral into mawkish sentimentality, while still hitting many emotional beats. Perhaps most surprisingly, The Martian is extremely funny. There are stakes and dire straits, but the tone is pleasantly upbeat and optimistic throughout. Sean Bean even gets to make a Lord of the Rings reference, sending many audience members in this reviewer’s screening howling with laughter. 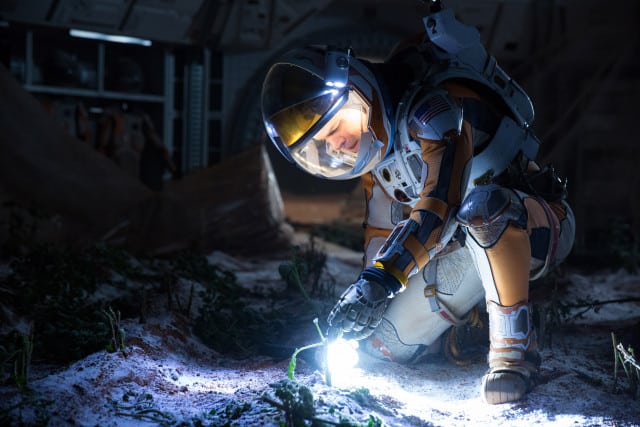 The Martian has been described as Apollo 13 meets Cast Away, and both films happen to star Tom Hanks. Here, Damon exudes an irresistible likeability that gives even Hanks a run for his money. Watney’s indomitable spirit and how he keeps his sense of humour intact throughout his ordeal keep us keen in seeing him alive. We cheer each instance in which his MacGyvering succeeds and wince whenever he’s hit by another setback. “Mars will come to fear my botany powers,” Watney jokingly proclaims as he sets about growing potatoes. Naturally, there are moments of introspection in which Watney considers the magnitude of his plight, and Damon is able to play those moments earnestly and compellingly. 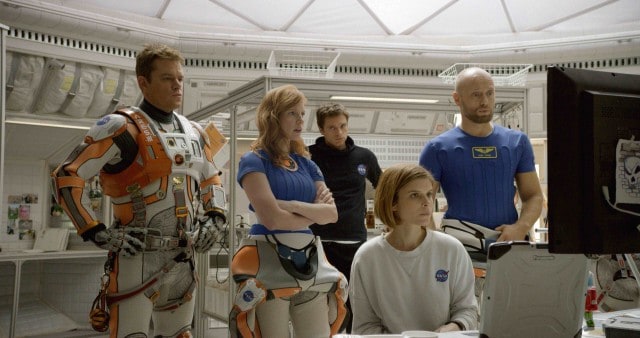 While the film is squarely Damon’s to carry, Scott has assembled a robust supporting cast to back him up. Cheesy as it sounds, there is something inspiring about seeing so many people put their heads together in working towards a common goal. Chastain proudly carries on the tradition of capable female characters in Ridley Scott movies, her Commander Melissa Lewis steely yet calm, a natural leader with an amusing penchant for 70s disco music. As NASA director Teddy Sanders, Daniels is the hard-nosed, pragmatic bureaucrat, but in his hands, the character does not become the stereotypical authority figure who’s standing in everyone’s way. Ejiofor does his share of hand-wringing, but it makes sense given the immense pressure on his character. Wiig is fine in a role that is not overtly comedic, though her presence at Mission Control might be distracting to those familiar with her prolific comedic exploits. 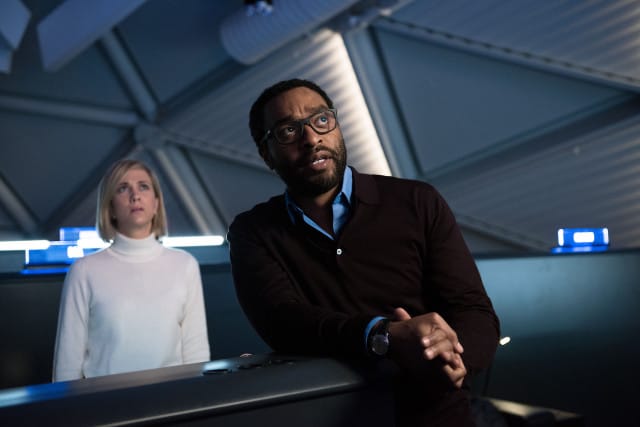 There are places where the film falls back on formulaic genre trappings: the pilot Martinez tells engineer Johanssen to explain something “in English”; there are many scenes where characters take objects like pens and salt shakers and use them as stand-ins for spacecraft and planets in demonstrating manoeuvres and Donald Glover shows up as a hyperactive genius prone to Eureka moments. That said, it is remarkable just how refreshing The Martian is. In this day and age, it seems everything has been done before, especially in big sci-fi blockbusters. That The Martian manages to be so unique and engaging is certainly commendable. In telling the story of the efforts to bring Mark Watney home, Scott has hit a home run. 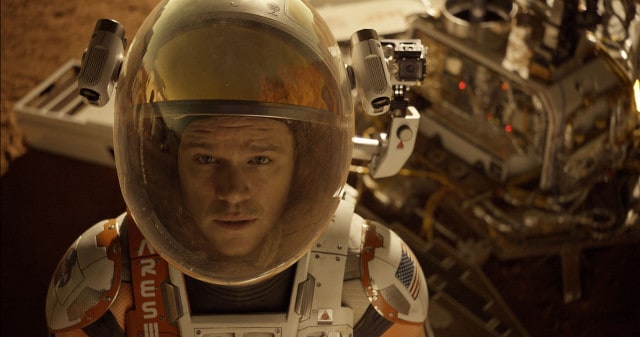 Summary: A thrilling, surprisingly funny survival film with a grounding in actual science, The Martian features one of Matt Damon’s most charming performances to date and is a joyous ode to the merits of ingenuity and perseverance.