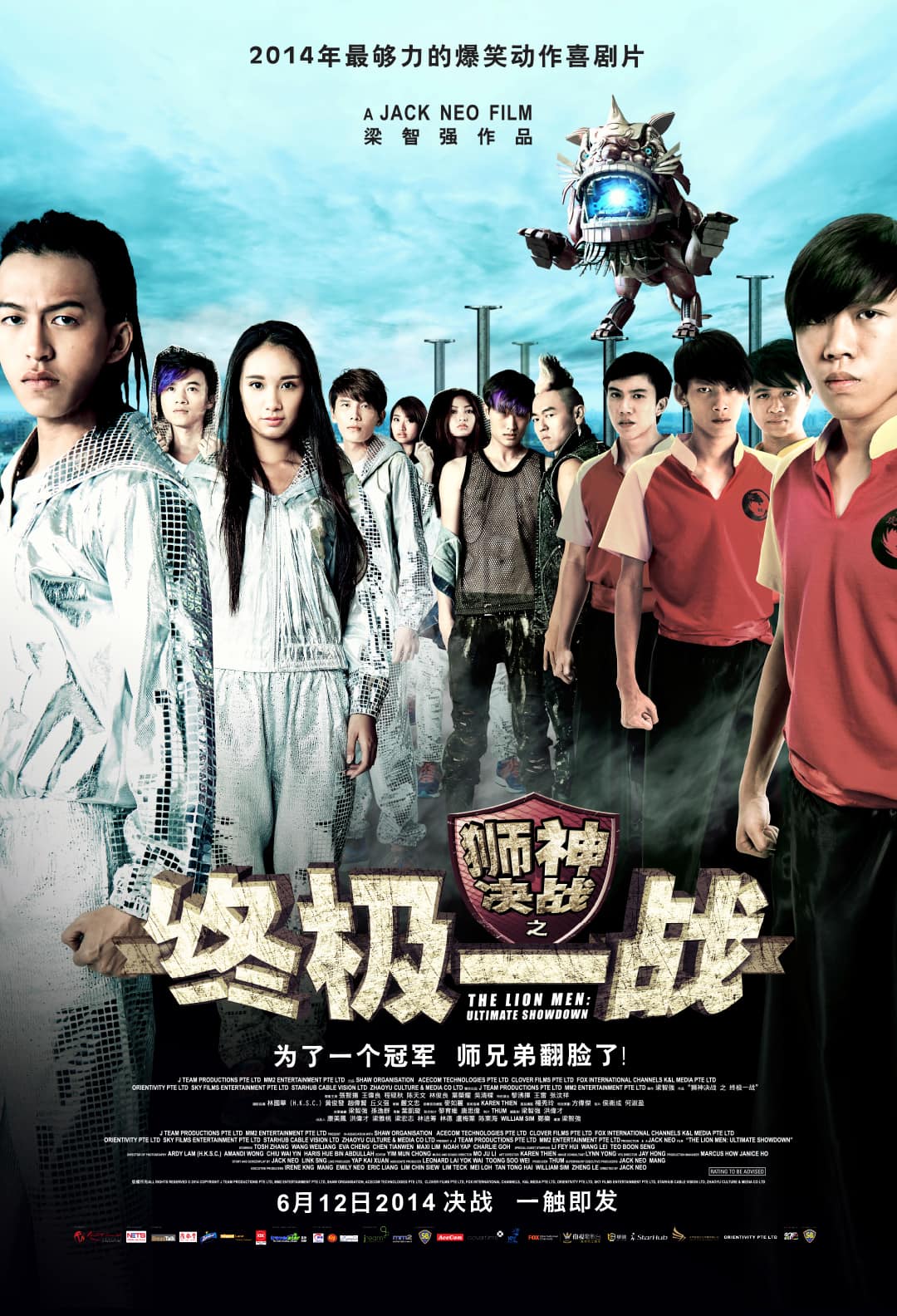 Early on in The Lion Men: Ultimate Showdown, a minor character passionately proclaims: “Story is king!” It’s hard to tell whether writer-director Jack Neo meant this in earnest or was simply being cheekily ironic. Because the so-called narrative in this sequel is just as tedious and even more melodramatic than the already painfully-plotted The Lion Men, ramping up the soap opera in place of anything resembling genuine dramatic tension.

When last we saw these lion dancers, Soh’s (Tosh Zhang) funky Stormriders were locked in a bitter battle with his erstwhile team-mates from the more traditional Tiger Crane Lion Dance Association, now led by the impossibly good-natured and sweet Mikey (Wang Weiliang). As the two dance troupes prepare for the biggest competition of their lives, cracks begin to appear in Soh’s relationship with Xiaoyu (Eva Cheng) – the girl Mikey has adored from afar for ages. 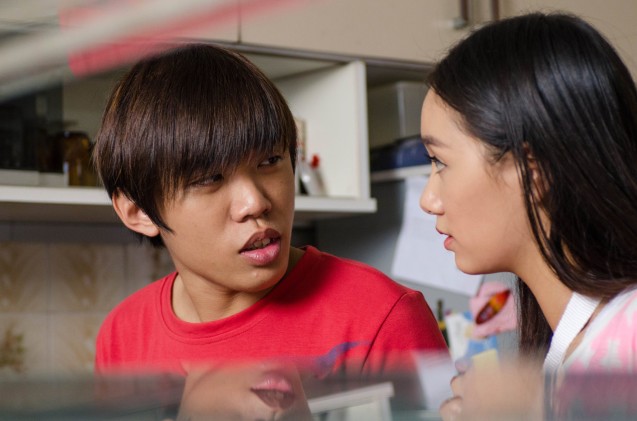 What follows is an awkwardly protracted love triangle that underpins the entire film: Soh brushes Xiaoyu off, Xiaoyu frets beautifully, Mikey cheers her up, Soh apologises, Xiaoyu relents, Mikey manfully avoids confrontation… rinse and repeat. It’s a frustrating and not particularly engaging cycle that drags all the way to the big competition, where it culminates in perhaps the most ludicrous rooftop scene you’ve ever seen in a movie. This particular scene – stretched out for far too long and played for laughs (though there are none to be had) – sees Xiaoyu switch from victim to jilted lover to crazy person and back again, in a series of surreal moments that flit back and forth between being farcical and offensive.

The rest of the film fares little better. The final competition is staged with more exaggerated pomp and kungfu wirework than subtlety. Neo’s product placement, though not quite as in-your-face as in the first film, plumbs new depths. At one point, he even finds a jokey, meta way of referencing his Ah Boys To Men duology while pimping out yet another product. It might be amusing, if it weren’t so annoying.

Neo’s recent decision to fling loads of CGI into movies that don’t require it has been frustrating, to say the least – especially since he has demonstrated a blithe lack of concern when it comes to actually relating the computer-generated sequences to the plotlines of his last few films. There’s little change to Neo’s modus operandi in Ultimate Showdown. In fact, the scene in question is ineptly cartoonish, as the odd mechanical lion/muse of Mikey’s subconscious recounts perhaps the most ridiculous love story you’ve ever heard, involving ‘Mer-Mer’, the unappreciative object of his affections. (Yes, you can probably already guess where this is going, and it really doesn’t end well at all.) 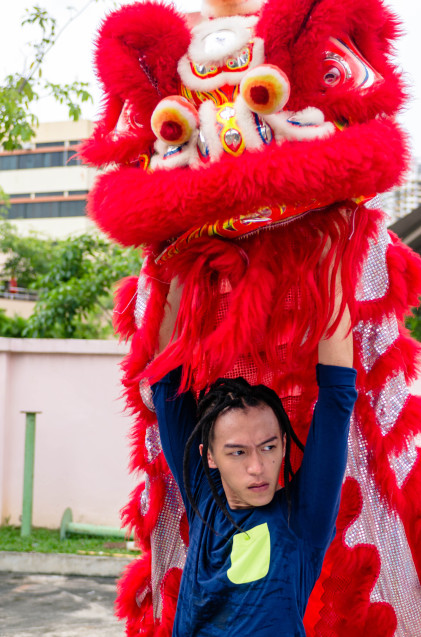 The sole bright spot in the entire film is its cast, who all display impressive levels of commitment to roles that are either undercooked or heavily caricaturised. Zhang, in particular, must soldier on despite the almost wholesale assassination of his character – the fact that Soh left his original dance troupe for principled reasons is forgotten, his inherent gentlemanly nobility (as established in the first film) brushed aside so he can be portrayed as both negligent boyfriend and arrogant competitor. Cheng has a lot more to do in this film, and does it well enough, even though she’s asked to fret, storm and waver between two boys while having next to no personality of her own.

Wang again proves himself to be Neo’s greatest find – he possesses a perfectly relatable hangdog charm that will immediately endear him and whatever character he’s playing to audiences. This time, Mikey seems to have transformed into some kind of self-sacrificing saint, a paragon of courtly virtue within the complicated love equation he shares with Soh and Xiaoyu. Even then, Wang manages to keep Mikey believable rather than one-dimensional.

It’s a shame, then, that the film Neo has constructed around his actors is so woefully underwhelming. He seems to have completely given up on writing scripts and developing characters with any sort of depth and complexity, preferring instead to rely on cheap slapstick and CGI to jog his stories (such as they are) along. Surely somewhere inside Neo is the director who created the sensitive, searing I Not Stupid. On the evidence of The Lion Men, however, it’ll take momumental amounts of digging to unearth him.

Summary: Poorly-plotted, barely developed, and hugely underwhelming – and yet, strictly speaking, a slight improvement on its predecessor, though that’s not saying very much.