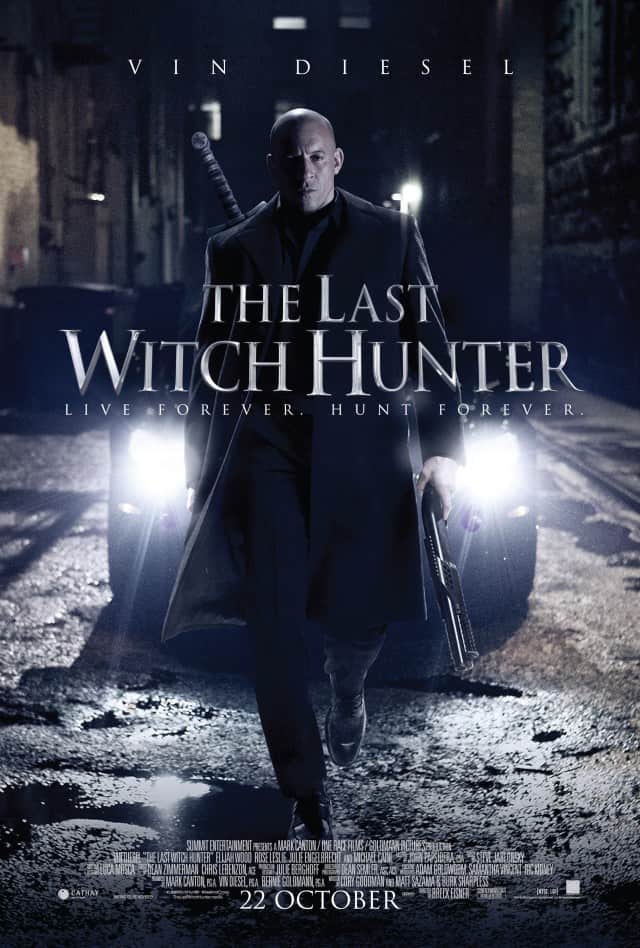 Something wicked this way comes, and the only thing that can keep it at bay is the last witch hunter. Vin Diesel plays Kaulder, a warrior of the Order of the Axe and Cross who has dedicated his life to pursuing and incarcerating practitioners of dark magic. Kaulder lost his wife and daughter to the Black Plague and, having been cursed with immortality by the Witch Queen (Engelbrecht), has walked the earth for 800 years. His loyal scribe and handler, the 36th Dolan (Caine), is retiring and passing the torch to the rookie 37th Dolan (Wood). As the evil Belial (Ólafsson) carves a path of destruction through New York, Kaulder must team up with a witch, something he never thought he’d do. The “good witch” in question is Chloe (Leslie), the proprietor of a “witches only” nightclub. As he uncovers an ancient conspiracy, Kaulder must battle the powers of darkness to prevent a new plague from being unleashed in New York. 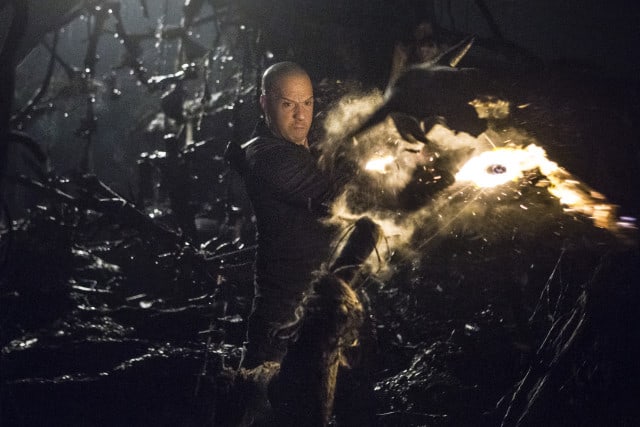 A “did you know?” factoid about Vin Diesel that always pops up is that he is an avid Dungeons and Dragons player and his old D&D character Melkor was a witch hunter. This might be the ultimate form of wish fulfilment for its star, but few others are likely to get anything worthwhile out of The Last Witch Hunter. A ho-hum urban fantasy adventure film that is content with trying nothing new, this is the very definition of uninspired. Recalling the Nicolas Cage duds The Sorcerer’s Apprentice and Season of the Witch, this tale of a mystical warrior waging a secret war that the hoi polloi are oblivious to is as rote as they come. Director Breck Eisner, whose most high-profile film so far is the 2005 flop Sahara, comes off as little more than a hired gun whose ambitions here do not extend past making Diesel look cool.

We’ve seen many films laden with heavy-handed exposition. In The Last Witch Hunter, practically every other line is heavy-handed exposition. The history of the secret order, the different powers witches possess, the tragic backgrounds of various characters, it’s all spelled out with much laziness and little finesse. The film’s screenwriters have a track record of hokey supernatural action flicks: Cory Goodman wrote Priest while Matt Sazama and Buck Sharpless penned last year’s Dracula Untold. The solitary hero, the ancient council of elders, the long-dormant evil about to rise again, it’s all frustratingly derivative. There are plenty of computer-generated creatures and landscapes and technically-speaking, the film is fine, with veteran cinematographer Dean Semler keeping the movie from looking too cheap. The practical makeup effects on the Witch Queen are detailed and creepy, but whether it’s swarms of bugs, swirling flames or thorny roots springing forth out of the ground, we’ve seen this all before in some form or another and there’s nothing really worth getting excited about. 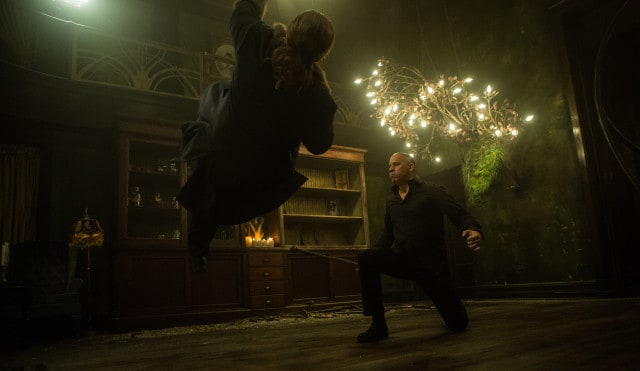 Diesel doing the tortured action hero thing is as yawn-inducing as it sounds. Unlike the character of Riddick, there is scarcely any mystery to Kaulder. This is meant to be someone with a richly storied past, having witnessed things few would believe over his 800-year-long existence. Instead, Kaulder comes across as pretty boring and for an old hand at this witch-hunting business, he falls for some basic traps throughout the film. We get a sense of how noble he is through an offhanded comment about how the Salem Witch Trials were wrong, and there are also frequent dream sequence flashbacks to Kaulder in happier times frolicking with his late wife and daughter in an effort to make us feel something for him. It doesn’t work.

Leslie’s Chloe fulfils the role of the woman who gets pulled into the hero’s quest by dint of possessing an item or skill he requires. There are moments when the alluring feistiness Leslie brought to the part of Ygritte on Game of Thrones can be glimpsed, but the character is mostly perfunctory. Through Chloe, Kaulder comes to learn that “not all witches are evil”, yet another shop-worn plot device. Leslie and Diesel also have no chemistry to speak of. 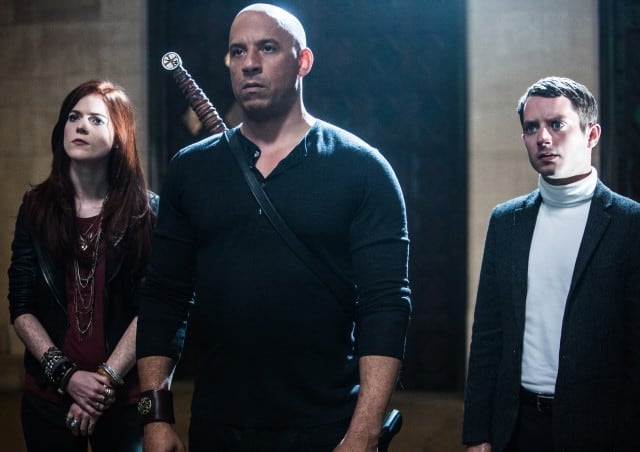 Caine is only in very little of the movie, playing the mentor figure in all but name because Kaulder is of course a lot older than he is. Diesel calling Caine “kid” is kind of amusing the first couple of times, but this dynamic doesn’t get fleshed out. A film of this type needs a charismatic villain, perhaps someone larger than life, but Engelbrecht and Ólafsson are non-presences as the Witch Queen and Belial respectively. Thanks to his perennially youthful demeanour, Wood is still playing the fresh-faced kid sidekick at 34. This is probably the most conventional project he’s taken on in his quirky post-Lord of the Rings career.

A tepid production line affair, The Last Witch Hunter is an attempt at spinning yet another franchise for Diesel, because the tiny indie project that is the Fast and Furious films apparently isn’t paying the bills. The mythos is half-baked and this doesn’t feel like a substantial world waiting to be explored. The Last Witch Hunter isn’t based on a series of books, comics or video-games, but it still smacks of a crippling lack of originality and audiences will return from this hunt empty-handed.

Summary: Vin Diesel fails to conjure up any magic with this generic urban fantasy adventure flick that ought to be far more entertaining than it actually is.