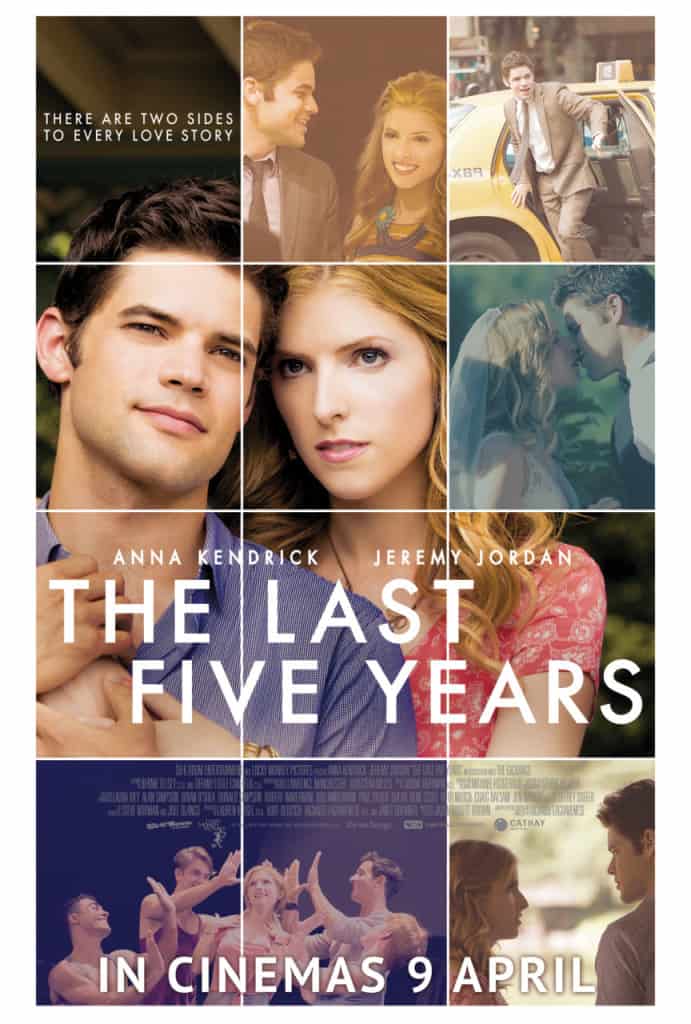 It’s hard to imagine being in the marketing department for The Last Five Years. Apart from its delightfully photogenic co-stars, nothing about this film is an easy sell. There’s a love story, sure, with occasional sides of romance and comedy. But it’s also laced through with more than its fair share of darkness and misery. The plot is deliberately non-linear, a messy stew of time and space that can be frustrating to casual viewers. Also, everybody sings. All. The. Time. It’s a conundrum, alright. The final decision – to play up the rom and the com – doesn’t do justice to Richard LaGravenese’s rich, dark and quite brilliant film about love, loss, and everything in between. 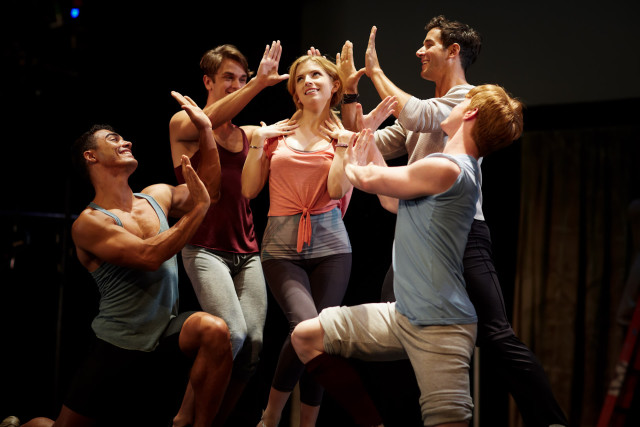 It’s difficult even to summarise the plot of the film, because its unusual structure is very much part of its narrative. We open on Cathy (Kendrick), a woman Still Hurting by the end of her once happy marriage. The focus then switches to Jamie (Jordan), a young man newly and deeply in love with Cathy. The rest of the film proceeds in that fashion: Cathy’s side of the story unfolds backwards, from heartbreak to happiness, while Jamie’s does the opposite. They meet, quite literally, in the middle, when the couple marry, promising each other The Next Ten Minutes – and more – of their lives.

These aren’t really spoilers for the film, at least not in any important way. In truth, it doesn’t matter if audiences know how the story ends. The joy of The Last Five Years is in the journey. No one is allowed to simply sit still and wait for the adorable leads to meet cute and stay happy; no, anyone watching this film will have to work to really appreciate it. At every moment, as Cathy and Jamie’s lives, stories and songs intersect (or not), viewers must unravel the jumbled complexities of their five years together – the love, lust, and loss that comes when romance fades into relationship, with all the attendant hopes and disappointments of her failure as an actress and his success as a novelist.

Originally a musical crafted for a tiny stage, with just two actors singing their hearts out, The Last Five Years is tough to get right. Part of the point of Jason Robert Brown’s rich, complex score and lyrics is that the two leads hardly ever share a song – they’re each telling their side of the story, after all. As a result, it’s possible to completely misjudge and lose sight of the love that underlies all the heartaches that start to build up. Fortunately, LaGravenese handles this delicately and very well – he peppers his film with new bursts of dialogue that add depth to both characters and the connection they share. 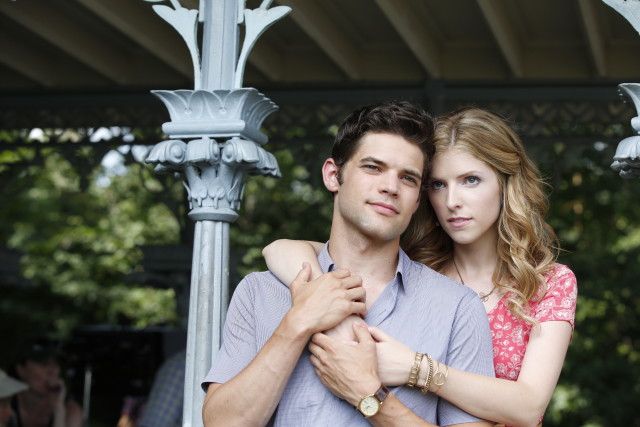 More importantly, he allows Cathy and Jamie’s relationship to really take flight, even though the structure of the musical effectively compels them to fall in and out of love with every other song. One of the most offbeat numbers in the entire film, The Schmuel Song, can easily come off as an inconsequential ditty about a dude – that would be Schmuel – who makes dresses and talks to clocks. But LaGravenese grounds it firmly in Jamie’s unwavering love for Cathy at that point in their relationship. It’s the most deeply romantic thing he could possibly do for her when she feels worthless as a person and an actress: write her a story to give her hope. LaGravenese imbues most of the other songs with much of this same emotional weight, making sure that, even when things go off the rails, it’s impossible to forget how much Cathy and Jamie truly do (or did) love each other.

There are a couple of songs that make a more awkward transition from stage to screen – Cathy Skyping with Jamie about her dire theatrical experiences in A Summer In Ohio feels a little fluffy and clumsy, and there’s a perverse poetry that doesn’t quite work in Jamie’s confessional number, Nobody Needs To Know. The film can occasionally feel like a string of music videos, some better staged than others. But all is forgiven by the sublime final number, which makes fantastic use of the medium of film to create a thoroughly wrenching, emotionally powerful blend of hope and heartbreak.

The Last Five Years benefits enormously from the talent, charm and chemistry of its two leads, which help the film ride through its rougher spots. Jordan, a Tony-nominated stage actor, tears into his first lead role with plenty of enthusiasm. It goes without saying that he sounds wonderful, of course, but he hits the emotional notes of his character as well as the literal ones. He makes Jamie’s love for Cathy thoroughly real and tangible, even in a song that’s at least half about emotional manipulation (If I Didn’t Believe In You). More impressively, he manages to lend a little existential terror to Jamie’s less savoury decisions. 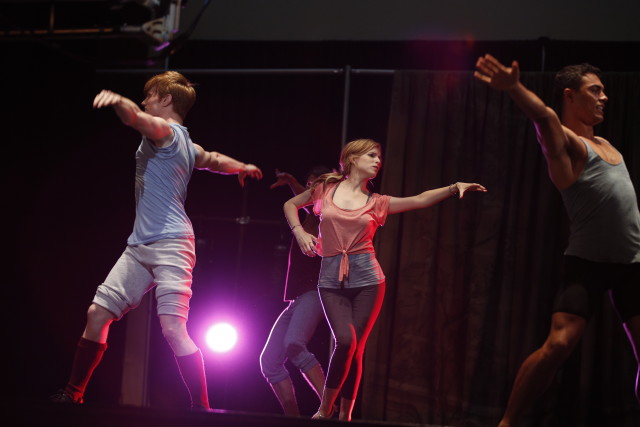 Kendrick, meanwhile, is fantastic as Cathy. Her vocal range isn’t as powerful as some actresses who have played the part on stage – see if you can spot two of them (Sherie Rene Scott and Betsy Wolfe) as they make cameos in the film – but she sounds beautiful, pulling off some impressive riffs that are quite uniquely her own. Better yet, she acts the part with so much conviction that Cathy’s heartbreak becomes the audience’s own. She plays wistful (A Part Of That) and hopeful (I Can Do Better Than That) remarkably well, whilst never forgetting to dig deep into a character who finds herself living in the shadow of her increasingly indifferent husband.

If you’re looking for a sweet and uncomplicated romantic comedy, you should probably steer clear of The Last Five Years. This is an uncompromising experience: a musical as deep and complex as the relationship it depicts. By and large, LaGravenese does justice to Brown’s wise, witty songs, crafting a tender, smart film that – in its own messy, troubled way – doubles as a metaphor for life and love.

Summary: A lovely, rich, utterly human gem of a musical about life, love and loss.