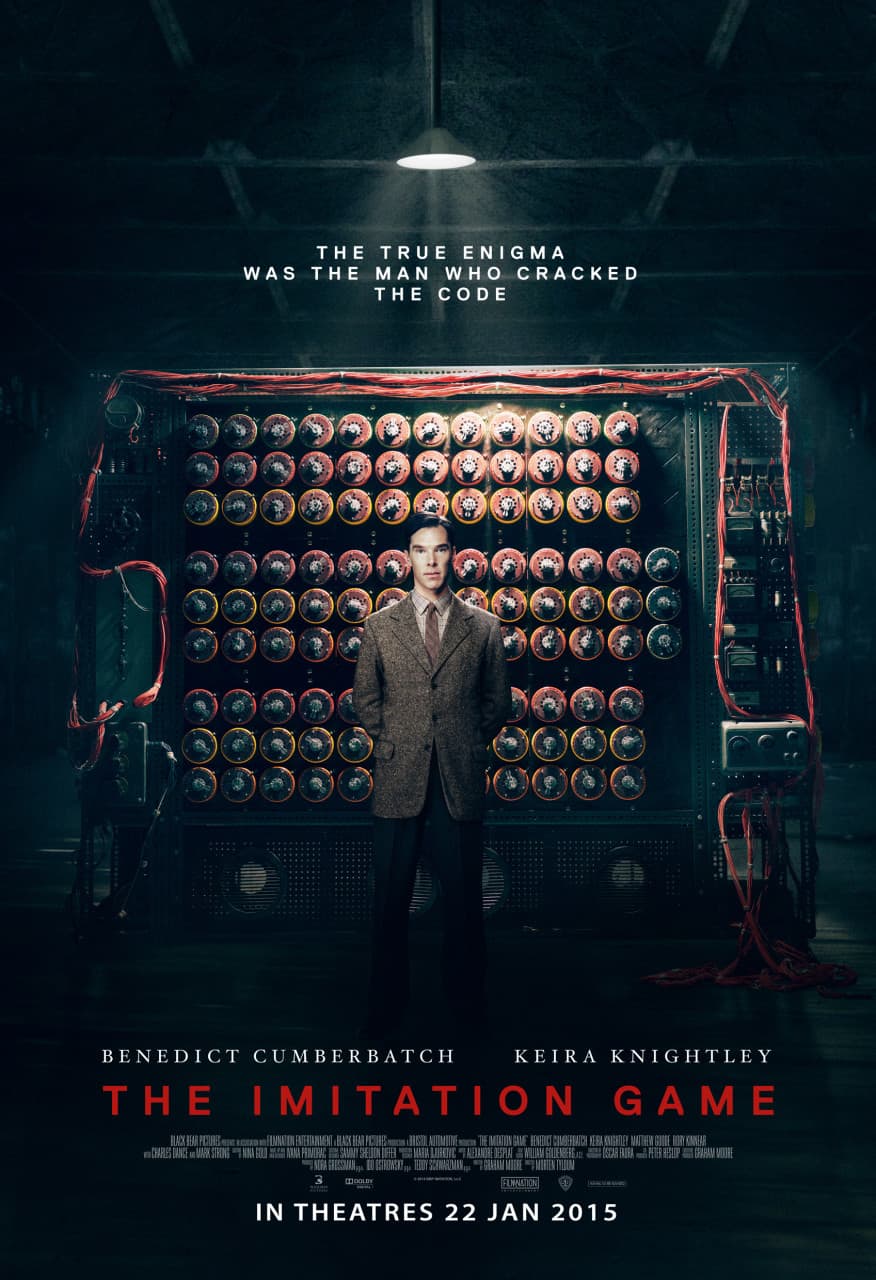 Alan Turing: mathematician, cryptanalyst, often considered the father of modern computing and a unique war hero who was persecuted later in his life. The man is as fascinating and compelling a biopic subject as they come. Benedict Cumberbatch plays Turing, the story shifting between three pivotal periods of Turing’s life: his school days, his secret wartime code-breaking work at Bletchley Park, and his post-war conviction of gross indecency. Much more at home with puzzles and ciphers than in social settings, Turing’s co-workers at Bletchley Park’s Hut 8, particularly chess champion Hugh Alexander (Goode), find him insufferable. As the Second World War rages on, Commander Alastair Denniston (Dance) breathes down Turing’s neck for results. Turing goes about developing a machine with the goal of deciphering German messages encoded with the Enigma Machine – a task deemed impossible. 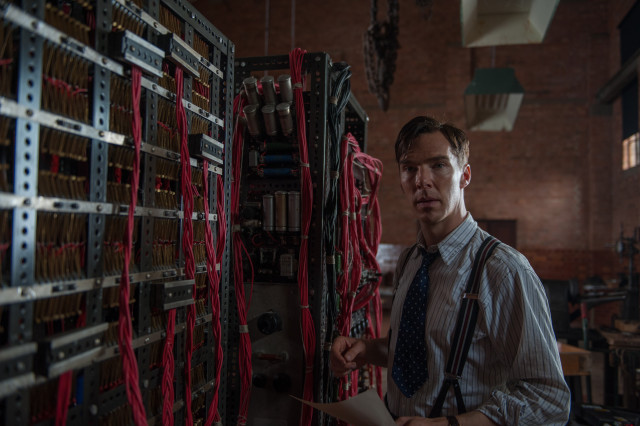 The Imitation Game is based on Alan Hodges’ biography Alan Turing: The Enigma. Graham Moore’s screenplay landed at the top of the Black List, an annual survey of the most-liked unproduced scripts in Hollywood, in 2011. The title The Imitation Game refers to the Turing test, which determines how well a machine can imitate the thought processes of a human being. At face value, this looks entirely like an Oscar-bait biopic carefully engineered for maximum Academy voter appeal. Despite its Norwegian director Morten Tyldum and American screenwriter Moore, it does seem very British indeed, and if there’s anything the Academy loves, it’s British-y biopics built around an attention-grabbing tour-de-force performance – see The King’s Speech’s triumph over The Social Network at the 83rd Academy Awards. We reckon it is possible to go into the film harbouring all these cynical pre-conceived notions and to walk out of the theatre afterwards unmoved, but one would have to be a special brand of jaded to do so. 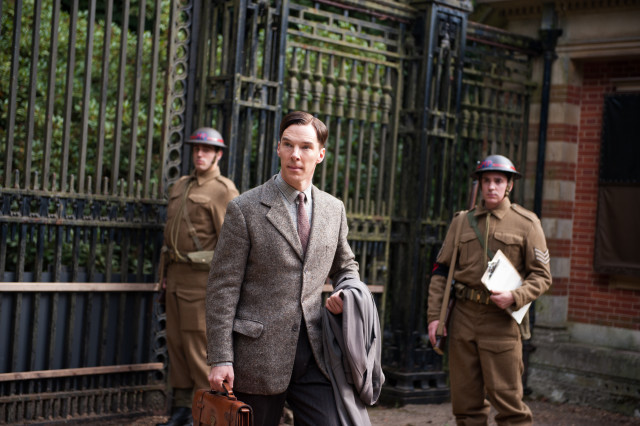 The standard biopic tropes we’ve come to expect of awards-contender “based on a true story” prestige pictures are all there, but The Imitation Game handily transcends them, never letting up in just how absorbing it is. Naturally, this is due in no small part to Cumberbatch’s portrayal of Turing. Cumberbatch has captured the world’s imagination and is that rare combination of a superstar, a “serious actor”, a geek icon and, as he is probably tired of being described, an unlikely sex symbol. We’ve become accustomed to “eccentric geniuses” in various media, the smartest people in the room who don’t suffer fools and have unorthodox but highly effective methods of solving problems – Cumberbatch’s take on Sherlock Holmes could definitely be classified as such. There have also been various explorations of the “dark side” of genius, the inner demons that misunderstood prodigies grapple with. As Turing, Cumberbatch is able to paint a highly sympathetic portrait of a man who, if he were “normal”, would not have accomplished what he had. When audiences question the veracity of a biopic, it is often brought about as much by the shortcomings of the actor as by the script’s fictionalisation of real events. This reviewer did not detect that here. To dismiss Cumberbatch’s Turing as “just another troubled wunderkind who can’t make personal connections” would be a great disservice. 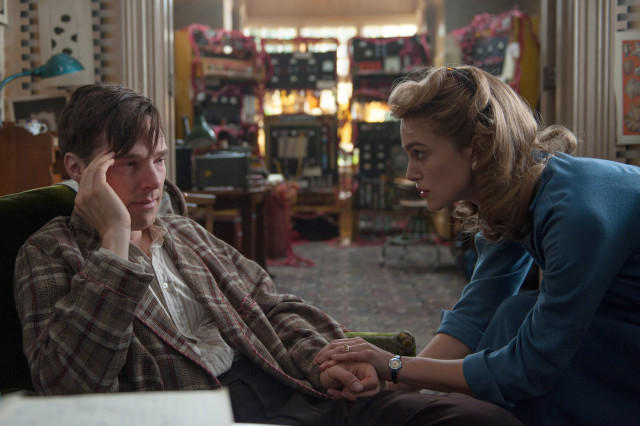 While the film was in production, there was the worry that Turing’s homosexuality would not be mentioned. Thankfully, it is addressed, and as such Keira Knightley’s Joan Clarke is far from the superfluous love interest she could have been depicted as had such liberties been taken with the source material. Joan has to battle the deep-seated misogyny of the time, never mind that she has repeatedly proven herself as an expert code-breaker. The character’s introductory scene when she is almost turned away from an entrance test because it is automatically assumed she is up for a clerical position is dynamite. Knightley and Cumberbatch play off each other in a manner that steers clear of being cloying or saccharine and the relationship between Turing and Joan is a well-developed one. 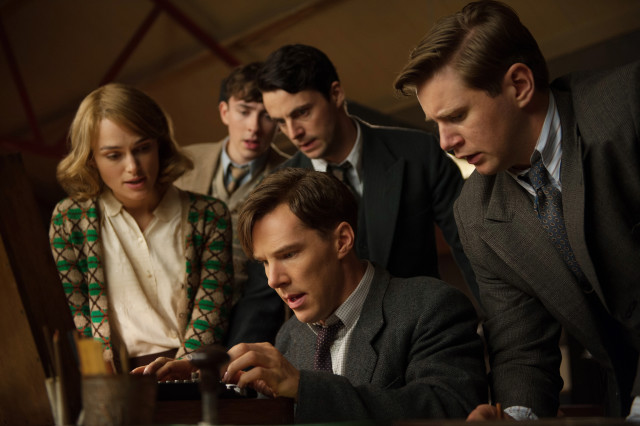 A surprising element of The Imitation Game, given its often heavy subject matter and wartime setting, is its humour. There are plenty of well-judged moments of levity, most derived from Turing’s interactions with others without feeling like they are at the man’s expense. As Hugh Alexander, Turing’s fellow code-breaker whose frustration is often justifiable, Goode is appealing and comes off more likeably caddish than smarmy. Dance is also funny as the irascible Commander Denniston and Mark Strong is believable and coolly charming as spymaster Maj. Gen. Stewart Menzies. 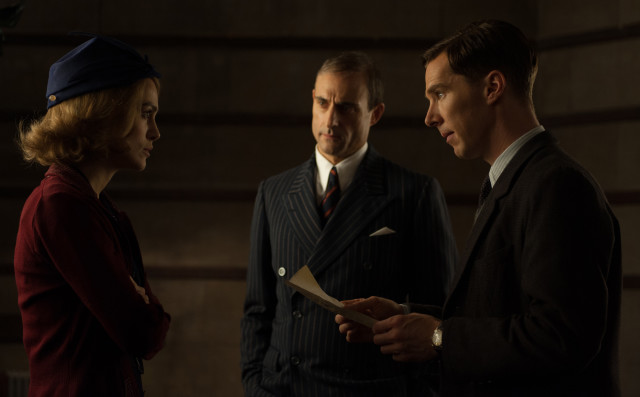 If there’s any particular weakness, it would be the quality of the computer-generated imagery used to depict the WWII battles in brief cutaways. However, this deficiency barely registers because of how expertly the film is put together on the whole, the story flowing naturally through those three time periods in Alan Turing’s life. It seems there’s the danger of the film being written off by some, ironically enough, for its pedigree and awards potential. Ignore those voices; see this, tell everyone you know to see it. It’s a cliché, but this is a story that needs to be told and to be heard. 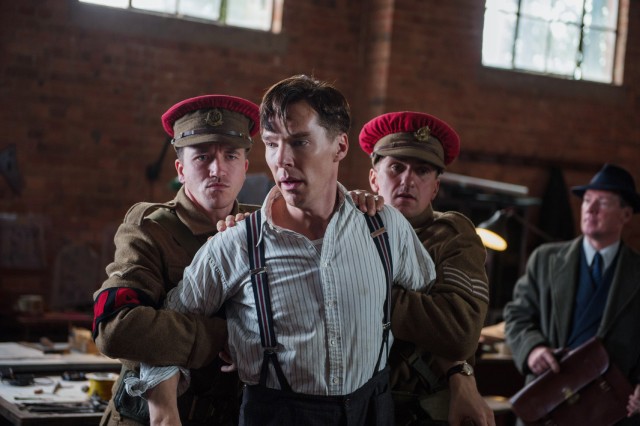