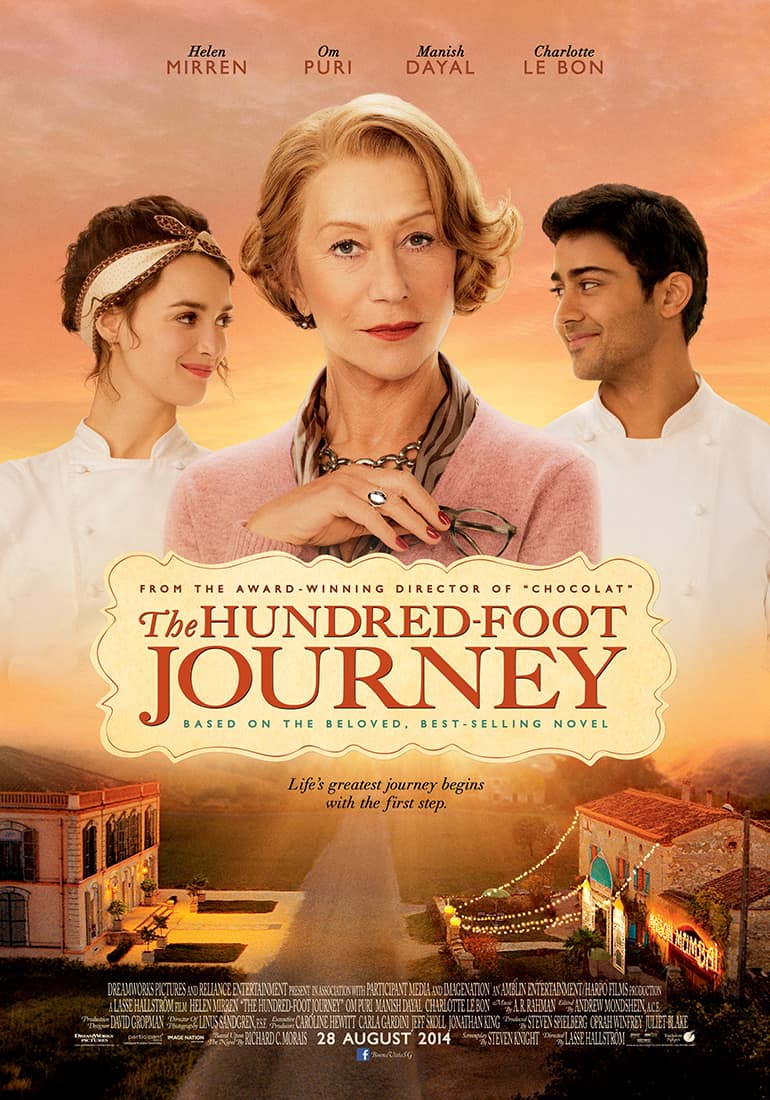 Lasse Hallström is a master at whipping up the cinematic equivalent of comfort food: films that look, taste and feel quite wonderful, but which often succeed in spite of themselves and the ingredients from which they are made. From the quaint magic of Chocolat, he turns to the quaint magic of The Hundred-Foot Journey, a charming if resolutely unoriginal tale about how good food, good cooking and good humour can overcome even the most apparently insurmountable of cultural differences. 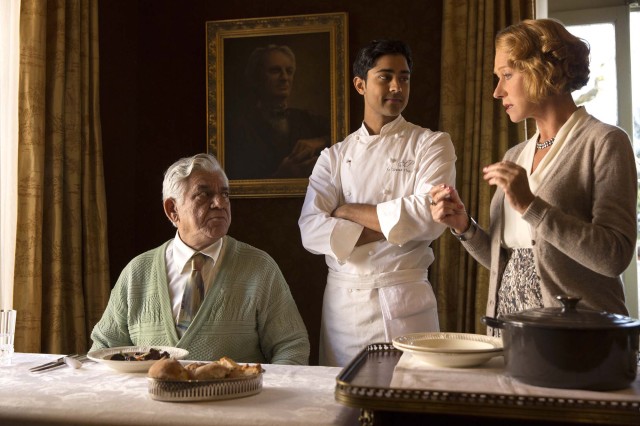 Following a devastating fire that ushers in a political environment in which they can no longer be safe in their own home, the Kadam family – led by its patriarch (Puri) – leaves India for other lands. They wind up in the picturesque south of France, in a village where mushrooms grow wild and delicious and Madame Mallory (Mirren) presides prissily over her renowned Michelin-starred restaurant. Mr. Kadam resolves to open his own Indian restaurant right across the street – a mere hundred feet away – where his gifted son Hassan (Dayal) will tantalise customers with the spicy, home-cooked dishes he learnt to make in his mother’s kitchen. And so begins the clash between cultures and cuisines: one that grows all the more complicated as Hassan’s ambitions do.

There’s really nothing on Hallström’s menu that you haven’t had before, often done better, but he nevertheless serves up a delightful feast for the senses. The Hundred-Foot Journey is charming and cheerful, effectively mining its characters and their differences for welcome humour and pathos. Indeed, the beautifully-shot film is at its best when Madame Mallory and Mr. Kadam declare war upon each other’s establishments: the former buys out the fresh seafood from the village market, the latter turns up the music and the spice in stealing her customers. They bicker and banter with great verve and energy, even as her staff and his family struggle to keep the peace – or to escalate the war. It’s a battle that the two protagonists secretly enjoy, and one that will enormously entertain audiences despite its home-spun predictability. 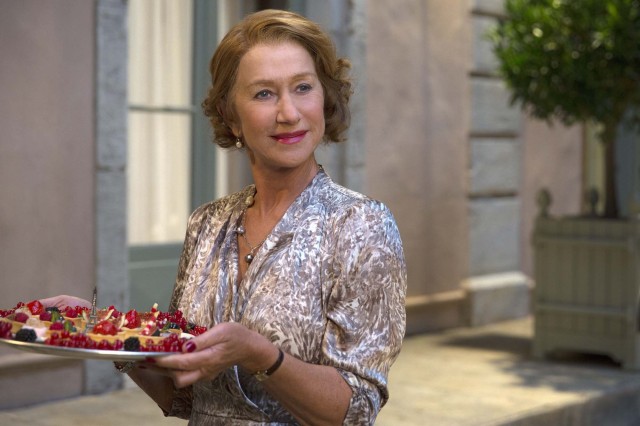 The film falters somewhat as it heads into its final third, when Hassan’s gifts as a chef – and not a mere cook – are finally acknowledged by Madame Mallory and the culinary world. As he takes baby steps into the commercial world of high-end, Michelin-starred cuisine, he and the film move away from the folksy sweetness that makes The Hundred-Foot Journey such a joy to watch. In fact, his budding romance with Marguerite (Le Bon), a spunky sous-chef in Madame Mallory’s kitchen who introduces him to the art and craft of French cuisine, takes on an increasingly sour note as the film goes on. His talent and ambition threaten to overwhelm hers, and their rivalry bears none of the surprisingly natural give-and-take that distinguishes the relationship which springs up between Madame Mallory and Mr. Kadam.

In the film’s better and poorer moments, it’s Hallström’s cast that truly liven up proceedings. Mirren is wonderful as the fussy, apparently uptight Madame Mallory. An imposing, occasionally terrifying presence, Mirren sweeps imperiously through her kitchen and the film, but never loses sight of her character’s softer, sadder side. She’s well-matched by Puri, with whom she shares a fun, sparky chemistry. He, too, conjures up a lifetime of love and memories of his late wife, while radiating a cheeky joie de vivre in his battle of wits with the haughty lady across the street. Dayal is charm personified, lending Hassan a weight and charisma that helps retain audience sympathies even when he grows up and into his new profession. 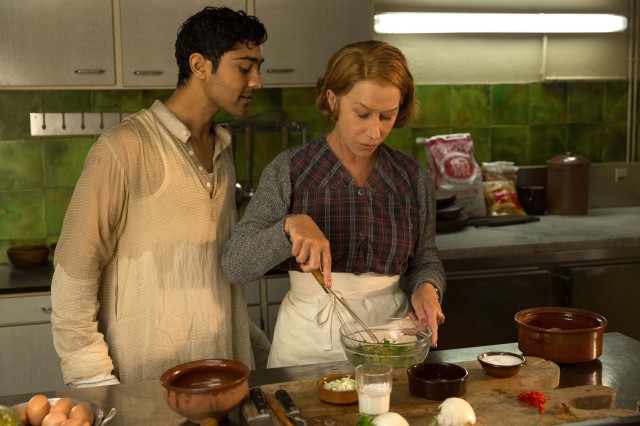 There’s something almost determinedly old-fashioned about The Hundred-Foot Journey – it’s the kind of quaint, mild-tempered film in which characters trade banter as the sky behind them is painted with fireworks. It’s hardly revolutionary, and it’s not especially original either. Sometimes, it borders on the maudlin. And yet, with surprising skill, Hallström (mostly) keeps the entire confection sweet, soothing and light as air – finding in his actors and characters so much heart and goodwill that it would be difficult to resist their charm, even when the film occasionally stumbles.