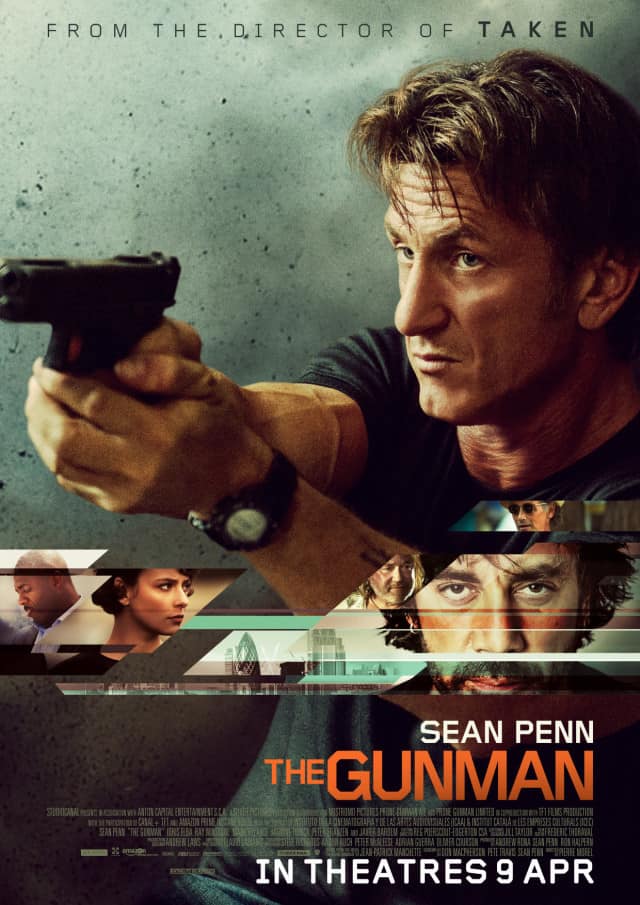 Middle-aged, grimacing, gun-toting heroes seem to be in vogue. Sean Penn probably looked at Liam Neeson’s recent output and went, “Hey, I can do that.” In this action thriller, Penn plays Jim Terrier, a former private military contractor hired circa 2006 by a mining corporation to assassinate the Minister of Mining in the Democratic Republic of the Congo. Also a part of the team were Felix (Bardem) and Cox (Rylance). Eight years later, Terrier believes he has escaped his former life, working for a non-government organisation in the Congo, when his past comes calling, re-opening old wounds. With the help of his old friend Stan (Winstone), Terrier tracks down his former partners to get to the bottom of things, trekking from the Congo to London to Barcelona to Gibraltar. In the meantime, he has caught the attention of Interpol agent Barnes (Elba). Caught in the crossfire is Annie (Trinca), the ex-girlfriend Terrier has never quite managed to forget. 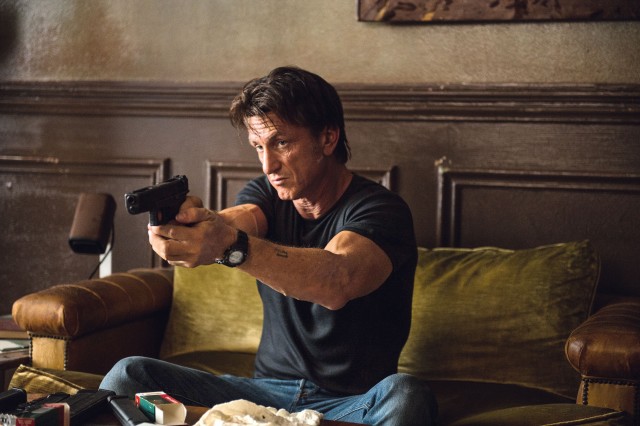 From beginning to end, The Gunman just feels like a wholly cynical exercise. First, there’s the matter of its name – the film is based on Jean-Patrick Manchette’s novel The Prone Gunman and that is a cooler, more distinctive title. We know we’re not supposed to let our personal attitudes towards actors’ off-screen personas colour our critique but, here, it’s impossible not to think that the only reason Penn did this is because he smugly thought it was just that easy. This is Penn’s first action movie, and we can just picture him looking at Taken and saying, “Pfft, I can do that in my sleep.” He’s even hired the director of the first Taken film, Pierre Morel, to helm this project. Penn sports bulging biceps and looks to be in fighting fit shape, but somehow, he can’t quite pull it off, his physique coming off more like an ill-fitting suit than anything else. It appears that this particular archetype is a mite trickier to convincingly execute than Penn first thought – even for an Oscar-winner like himself. 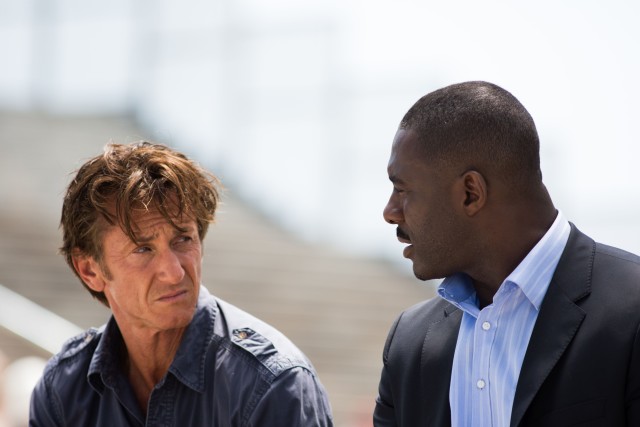 There is nothing special to the action here at all. With the bog-standard shootouts, fisticuffs and explosions, it’s a snooze for anyone who’s seen more than a couple of action flicks in their lifetime. The climactic confrontation takes place in a bull-fighting ring, which seems like a great setting for a unique set-piece, but the finale is still quite anti-climactic. It’s also difficult to take this self-styled gritty, contemplative action movie seriously thanks to the half-baked, sometimes hilarious dialogue. The screenplay, credited to Don MacPherson, Pete Travis and Penn himself, contains some jaw-dropping clunkers. For example, Elba, who can usually make anything sound awesome, is given an unwieldy speech which begins with the line, “Ever have one of those days where every law is Murphy’s Law?” This then segues into an incredibly clumsy treehouse analogy, and ends with Elba quipping, “Get my drift, cowboy?” 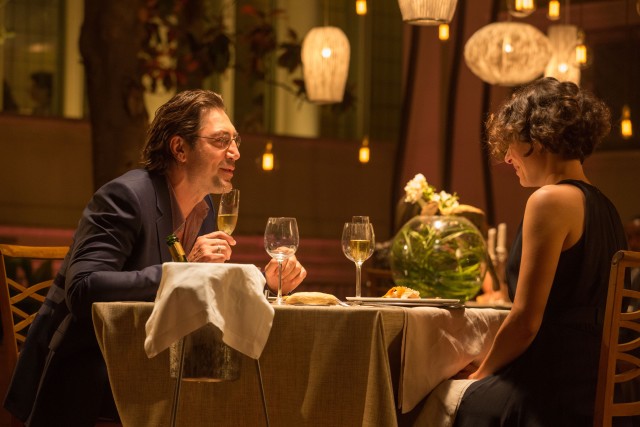 Likely thanks to its status as a vanity project, what looks on the surface like a top-shelf supporting cast plays second fiddle to Penn – big time. Elba gets the shortest shrift; his talents are woefully underused here. Javier Bardem also isn’t in this for as much as the trailers imply, squeezing in a hammy performance before his onscreen time is up. Winstone plays the same character he always does – the street-smart, wizened British tough guy, except here he’s ‘trustworthy ally’ rather than ‘scary gangster’. Penn had apparently wanted to work with Mark Rylance so much he moved the shooting schedule around to accommodate him. At least the acclaimed stage and screen actor, who’ll next be seen in Spielberg’s Bridge Of Spies, has fun with the limited material he’s been given to work with. Trinca’s Annie is a female lead of the most stereotypical sort – she works for an NGO, as anti-hero mercenaries’ girlfriends often do, and knows nothing about her ex-boyfriend’s dangerous past, needing to be rescued at every turn. 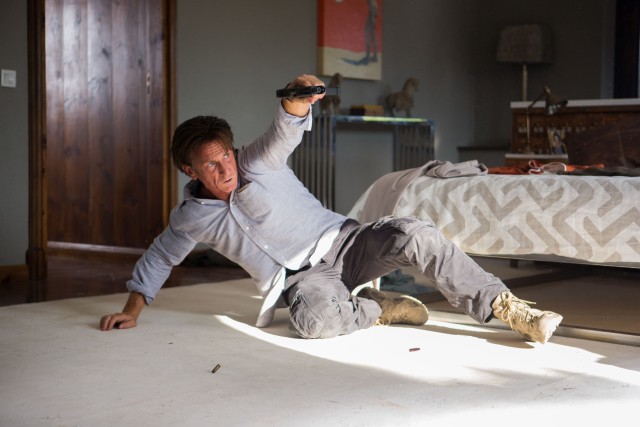 The Gunman is neither entertainingly explosive enough to pass as escapist spectacle nor is it sufficiently cerebral and intense to be a dramatic action thriller. Our lead character could’ve been played by anyone really, but ironically enough, Penn with all his plaudits just can’t carry this action movie.