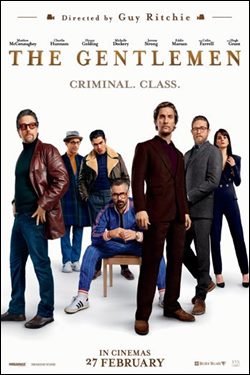 The Low-Down: When Guy Ritchie made the two Sherlock Holmes movies starring Robert Downey Jr, there still was a rough-and-tumble street quality to them. Then he made a movie version of the 60s spy-fi series The Man from U.N.C.L.E., which still had recognisable Ritchie elements. Then he made the medieval fantasy King Arthur: Legend of the Sword, and even more out of left field than that, directed the live-action remake of Disney’s Aladdin. With The Gentlemen, Guy Ritchie returns to his wheelhouse of street-level gangster mayhem, complete with crass irreverent dialogue and plenty of violence. 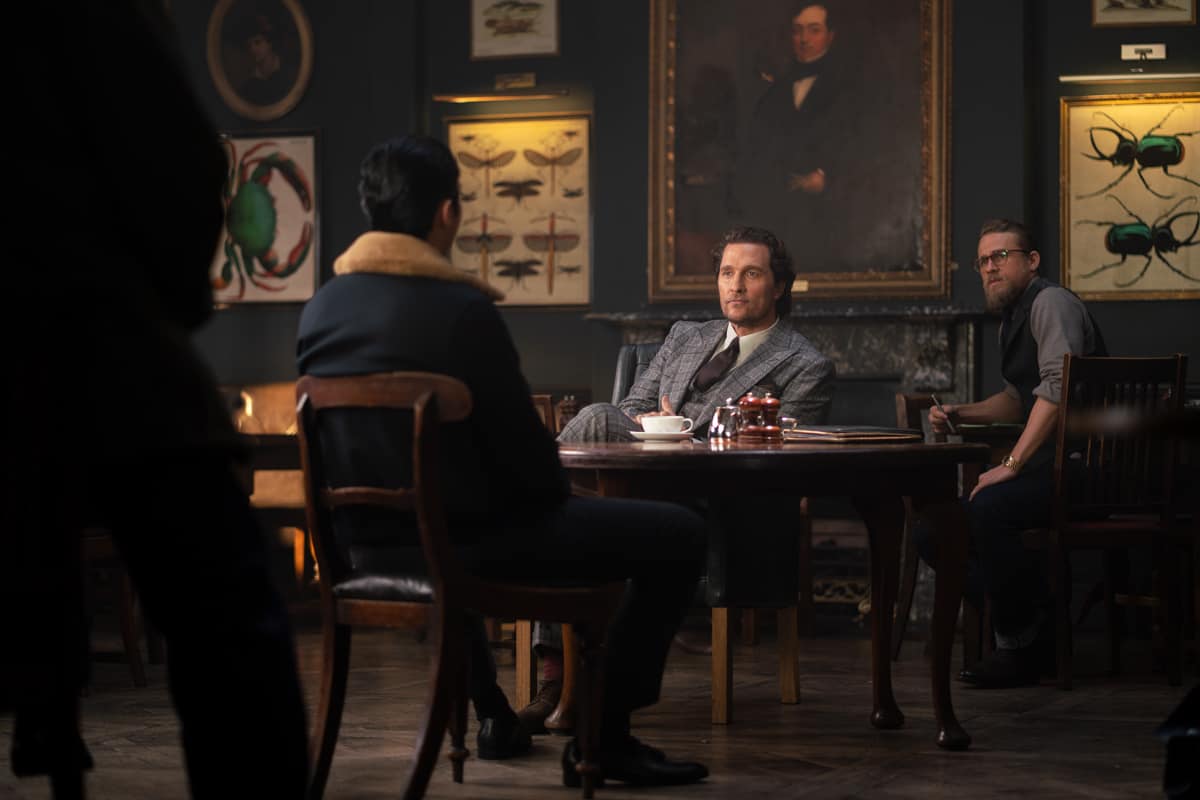 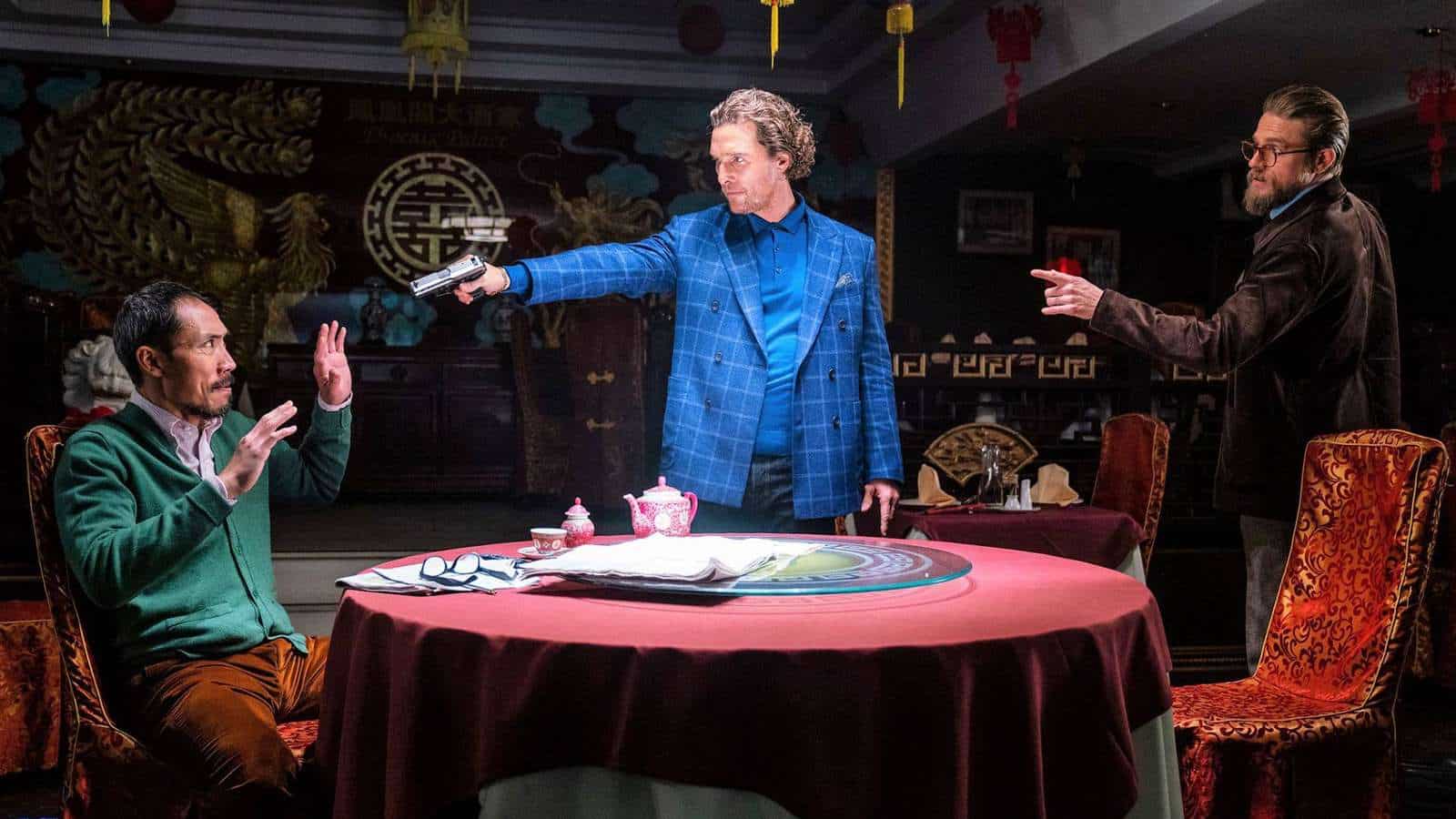 The Good: This is vintage Guy Ritchie – rough-and-tumble, witty, twisty, stylish and entertaining. Taken by themselves, none of the individual components of The Gentlemen offer anything new, but Ritchie has assembled them into a whole that works. Ritchie balances the silly and the sinister – there’s a lot about The Gentlemen that’s intended to be funny, but there are also genuinely tense scenes in which characters face off and you’re not sure who’s going to make it out alive. While The Gentlemen is predictable overall, Ritchie’s strength is in creating the illusion of unpredictability in the moment. The movie’s framing device is a meeting between Fletcher and Raymond, which provides the ideal framework for expository details about each characters’ backstory without it seeming tedious. There is a playfulness to The Gentlemen – the meta-fictional component of Fletcher writing a screenplay means that the movie winks so hard a couple of eyelashes almost fly off, but there’s a bit of charm in that. 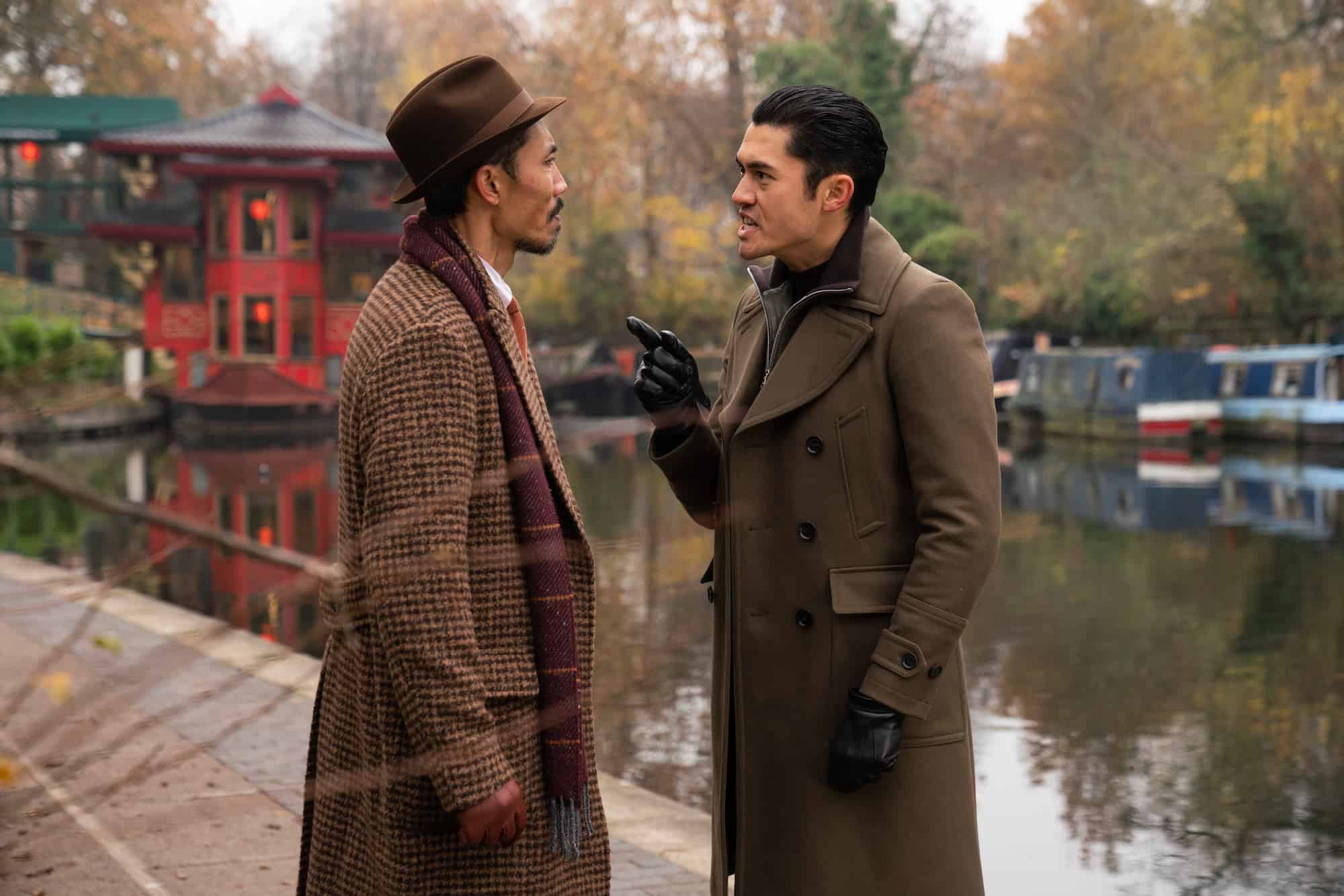 The Not-So-Good: As with any filmmaker who has cultivated a recognisable style and has become a brand name, there will be those who find said style annoying. The Gentlemen is not a restrained movie, with the Ritchie-ness turned up to 11: adherents will be there for it, but those who aren’t already fans of the director might well be alienated. There are attempts to be shocking that are in line with what one might expect from a Guy Ritchie crime movie – many instances of the c word are dropped and there are many racial slurs used against Jews, East Asians and black people (the film is slightly too amused with the Vietnamese name “Phuc”). Sure, this is a gangster movie populated by unpleasant characters whom we expect to do and say unpleasant things, but there are times when it feels like Ritchie is straining for relevance, that he’s an old dog trying and not always succeeding at performing new tricks. The casual racism is more lazy than shocking. There’s so much going on to the point where it feels like all the subplots and digressions are there to distract the viewer from how rote it is. 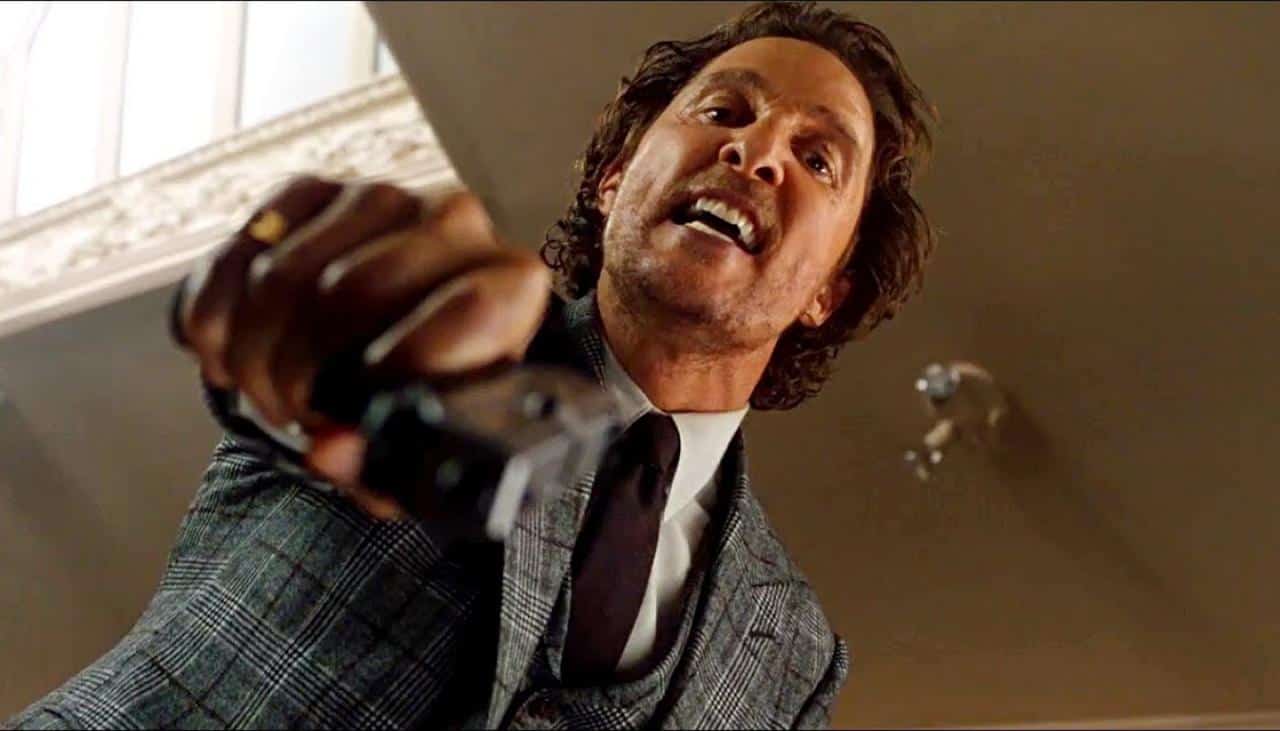 Playing rough: Ritchie has assembled a strong ensemble – the casting largely makes sense. McConaughey is having a grand old time playing the wily American – for how over-the-top this movie often is, there’s a level of control to his performance which is quite impressive, even though this doesn’t seem like an acting challenge for McConaughey.

Grant plays against type as a weaselly private investigator who is flamboyant and all too pleased with himself. He plays off Hunnam, Ritchie’s King Arthur, who plays the gruff straight man. Some of the film’s best moments are the interactions between the two, during which it almost feels like a stage play.

Henry Golding plays against type as a young crime lord on the way up – it’s probably the role that’s the most different from the others he’s played in his relatively brief career, but is one that gives him acting cred – “gangster in a Guy Ritchie movie” just looks good on an actor’s CV. It’s a shame that the character is the target of most of the movie’s racism. 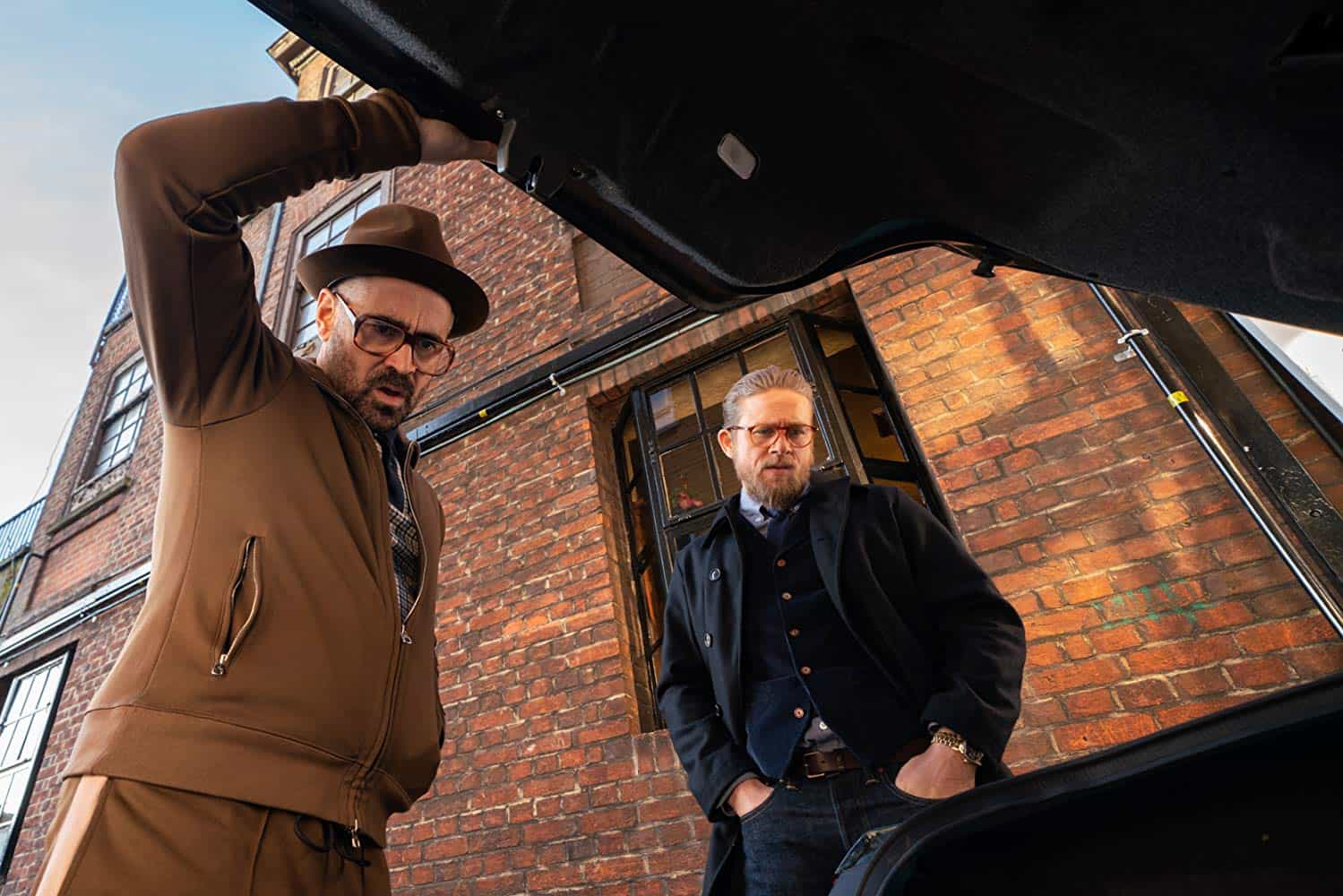 Colin Farrell is entertaining as a wrestling coach who wants nothing to do with the drug-dealers and gangsters but is drawn into the fray because his students have stolen from one of Mickey’s weed farms and filmed it, the video going viral. We’re grading on a curve, but he is likely the most decent, ethical character in the film. 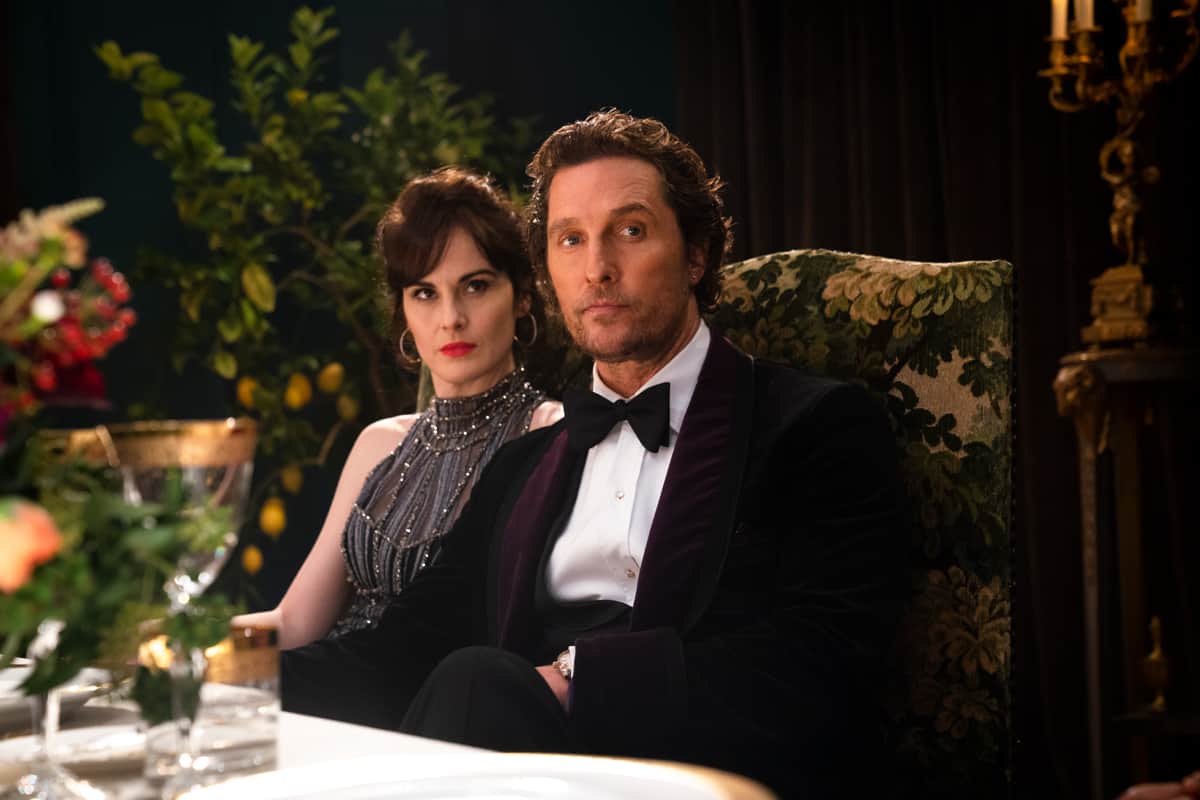 Michelle Dockrey is, as predicted, under-used – the movie wants to establish Rosalind as being as formidable as her husband, but the narrative always favours him, such that she takes a backseat because that is the nature of the story.