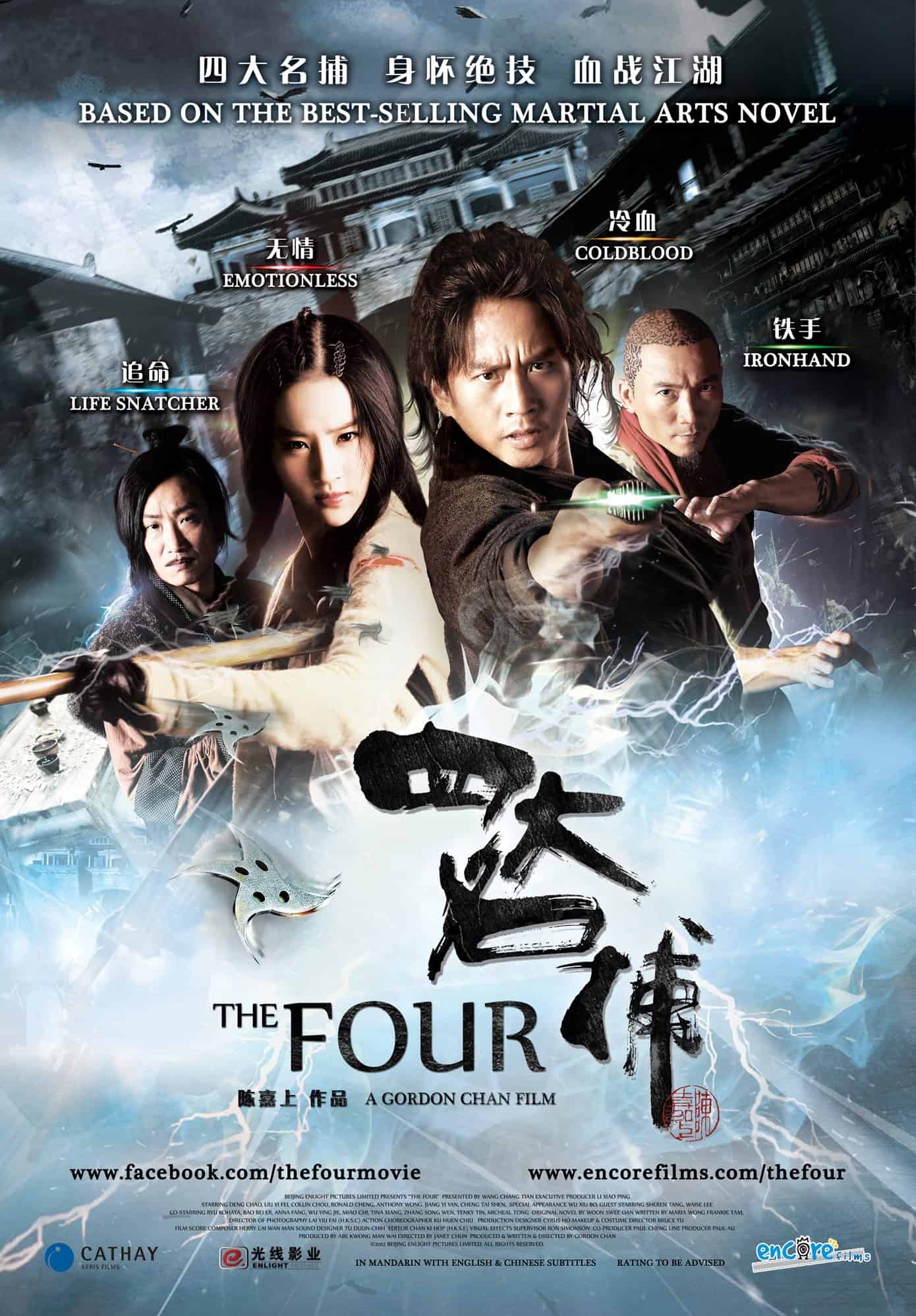 Based on the novel The Four Detective Guards by Wen Ruian, Gordon Chan’s film adaptation (which is the first instalment in a trilogy-to-be) joins the members of the Divine Constabulary in the midst of investigating the mysterious circulation of counterfeit currency. When an undercover agent from a rival department is assigned to sabotage their investigation, the two constabularies soon find themselves at odds. Even more complications arise with supernatural happenings far beyond their reckoning threatening to unleash an army of the undead – who even cares about that counterfeiting problem at this point? – on the capital.

The Four is an ambitious take on the original material, spun with one too many Plot Points That Could’ve Been. The movie gets so bogged down by clumsy exposition and generally lacklustre storytelling that it’s actually frustrating. And with underdeveloped story arcs comes underdeveloped characters, which is a waste given the all-around strong performance from the principal cast. It also probably says a lot that we found ourselves wondering, about an hour into the movie – ‘Wait, which four of them are the four, again?’ Add to that shoddy work in the editing room and the end product is a film that feels like a mad scramble to try and stitch a story together.

At least The Four manages to be charming in the way that most period dramas are, and has a nostalgia and aesthetic that keeps it watchable in the face of ham-fisted direction and writing. The Four also pulls out all the stops when it comes to the obligatory choreographed action sequences, pandering to fans of the genre. And of course, there’s the zombie army thing which – while completely out of left field – is exciting because everyone loves a good  zombie invasion.

Summary: Disappointingly self-indulgent, The Four seems to aim to the epics of its genre, but doesn’t quite get there.