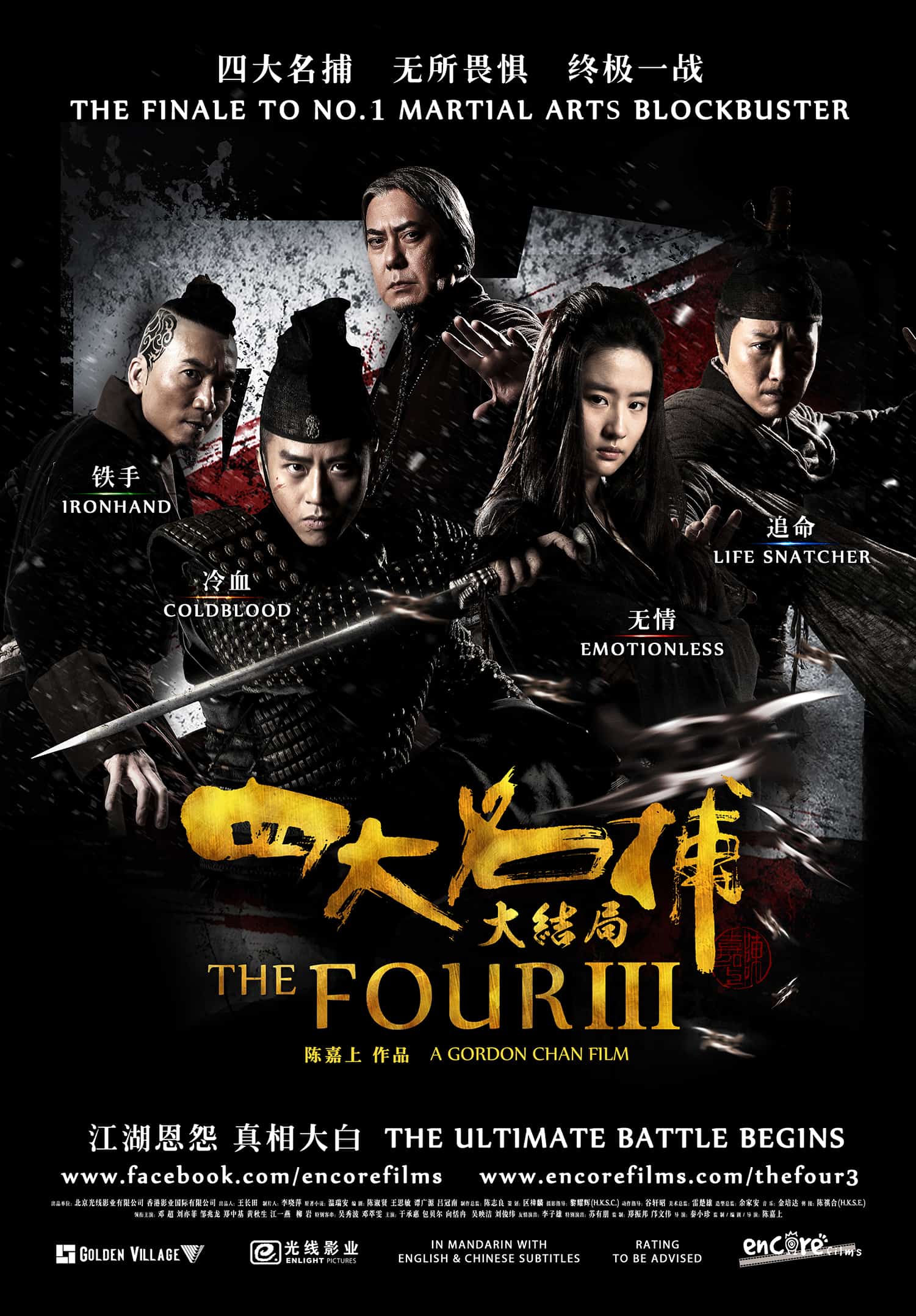 It’s a good thing that The Four 3 is slated to be the final installment in the series, because the franchise doesn’t need the travesty of a title like The Four 4 to lower its credibility even further. Despite featuring some of the best actors and martial artists in the Greater China region, The Four 3 is decidedly lethargic and only begins to deliver on its promises in the final act, by which point it’s too little, too late.

It seems like underwhelming and under-performing is endemic of The Four films in general and nowhere is this more evident than in their plots. The Four 3 begins with the eponymous team of constables/assassins/special agents/pugilists (now you know why they’re just called the Four) fractured after Emotionless (Liu Yifei) leaves the team to heal her physical and emotional wounds. When the Emperor (Alec Su) goes missing following a botched Meet-the-People session, Cold Blood (Deng Chao) seeks Emotionless’ help to ensure the Emperor’s safe return. Things aren’t that rosy between the former paramours, however, so complications emerge. Add to that the machinations of a power-crazed noble and you basically have the movie’s plot in a nutshell. Oh, and the other two members of the Four, Life Snatcher (Ronald Cheng) and Iron Hands (Colin Chou) also pop up from time to time to lend a hand in the ensuing fracas. 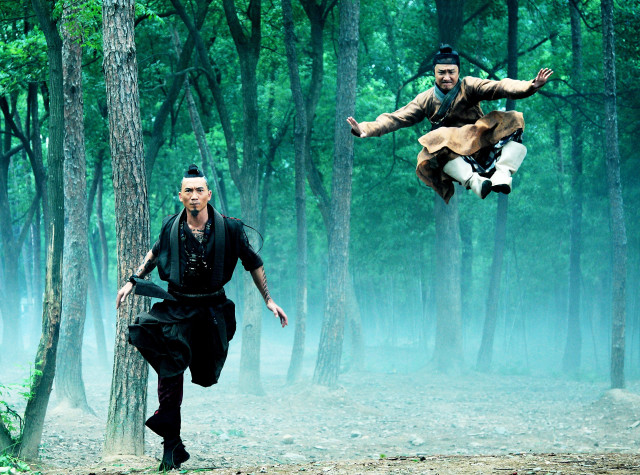 It’s all rather messy because you’ve got two different organisations (the Divine Constabulary and Department Six) running around and people who seemingly belong to both and neither at the same time. Allegiances keep shifting and the characters keep changing their minds, which is supposedly a nod to the movie’s core message about how nobody is ever entirely good or evil. All it does instead is confuse, because the actors spend too much time talking aimlessly at each other and too little fleshing out those inconsistencies.

On top of that, while the audience is already flummoxed, The Four 3 tosses out some plot twists that are literally where-did-that-come-from. Some may argue that the whole point of plot twists is to surprise the audience, but there is a fine line between surprise and bewilderment which The Four 3 has crossed in spades. It doesn’t help that the movie is utterly predictable and formulaic pre-big reveals such that when the reveals do happen, the contrast disorientates rather than enlightens. 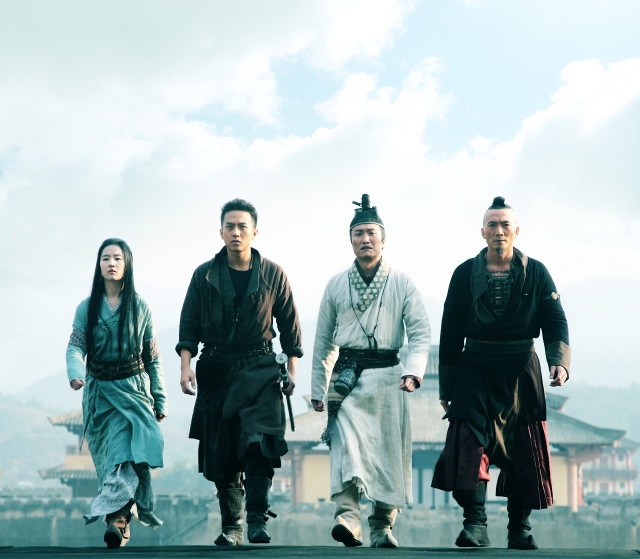 As for the martial arts fight sequences, they appear to involve plenty of wire work and special effects, which aren’t necessarily bad things by themselves but could become so given the appropriate (mis)handling. Unfortunately, that is precisely the treatment they get in The Four 3, where the special effects are mostly restricted to swirling ripples of energy that, apart from being differently shaded, completely fail to distinguish the abilities of any one member of the Four from the three others. Each member’s special power, as demonstrated in the first film, is hardly given any air time until the final fight scene, where some combo moves worthy of notice belatedly surface. All that isn’t enough to be the movie’s saving grace, however, since it seems to take a perverse delight in stringing together a succession of pointless dialogue scenes in between the far-too-short fight sequences.

In short, The Four 3 is a disappointing finale to a disappointing trilogy from a director (Gordon Chan, who also gave us Painted Skin) and cast who have repeatedly demonstrated that they are capable of better things. Everyone is entitled to an off-day once in a while, but to have three of them in a row is really inexcusable. 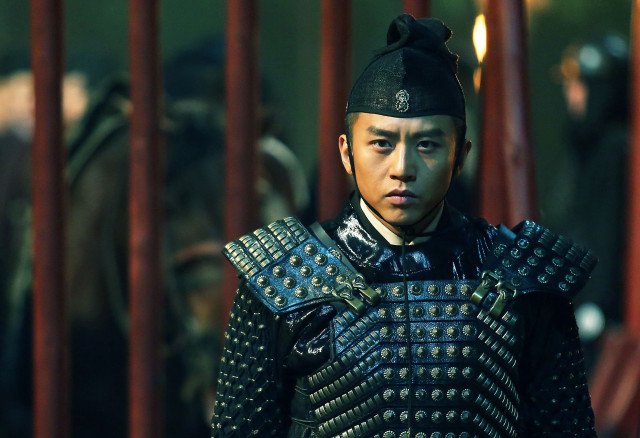 Summary: Will leave you feeling as emotionless as (well) Emotionless, unless there’s a vague feeling of having been cheated out of nearly two hours of your life.