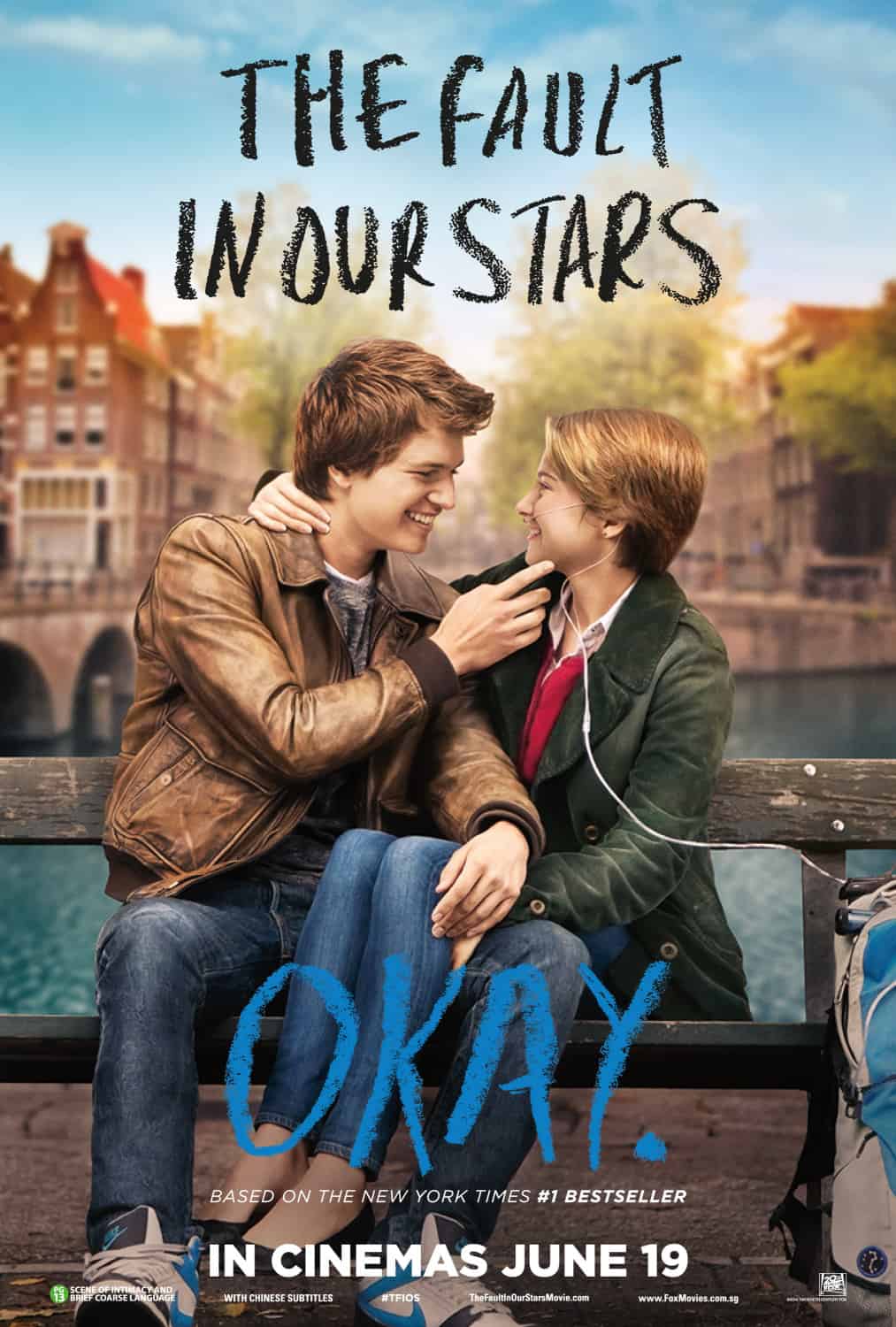 These days, young-adult fiction is everywhere: dystopian stories of moody youths undergoing strife, war and heartache, as in The Hunger Games or Divergent, are dominating the bestseller lists and popping up in cineplexes. What’s so unusual about The Fault In Our Stars, an adaptation of John Green’s best-selling novel, is that it locates the dystopia and war within the bodies of its teenage protagonists. These kids aren’t battling an evil regime or fascist overlords; they’re struggling to survive against the merciless onslaught of cancer. Green’s book is a bit of an odd beast: touching but manipulative, genuine and fake, all at the same time. The resulting film, being hugely faithful to its source material, thus manages to pull off the same curious trick of overwhelming and underwhelming the viewer, often in the same breath. 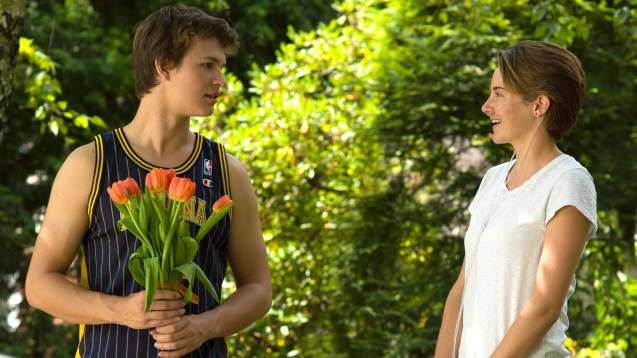 Hazel (Shailene Woodley) has been living with – or dying of – terminal cancer for years. Her concerned parents (Mike Trammell: under-used; and Laura Dern: wonderfully sympathetic) fuss around her constantly, wanting her to live what life is left to her after the treatments and exhaustion have taken their toll. And so Hazel attends a support group for kids stricken with cancer. One day, she meets Augustus Waters (Ansel Elgort), a charming, sweet kid whose remission came at the price of a leg. They share an immediate connection, one that deepens as they bond over Hazel’s favourite book: An Imperial Affliction, penned by reclusive author Peter Van Houten (Willem Dafoe). Knowing how much it means to Hazel, Augustus resolves to get her the answers she seeks about the novel – even if they have to travel all the way to Amsterdam to get them.

If that sounds like a recipe for melodrama, it is. There’s plenty of that in store, of course, because these kids are dealing with the worst and most traumatic of experiences, at a time when they should be healthy and carefree. But the film, as did the novel, does a pretty good job of maintaining a spark of cheeky life amidst all the doom and gloom. Hazel and Augustus trade banter as easily as they do insults, and the affection that grows between them is as entertaining as it is affecting. Woodley and Elgort share a gentle chemistry that works very well, whether they’re in the throes of first love or battling through the trenches of disease side by side. Their friendship with Isaac (Nat Wolff), the boy who loses his sight to eye cancer and his girlfriend to her self-absorption, is wonderfully bittersweet too – together, the trio ride the lows of Isaac’s depression, and the highs of his tiny moment of vengeance. 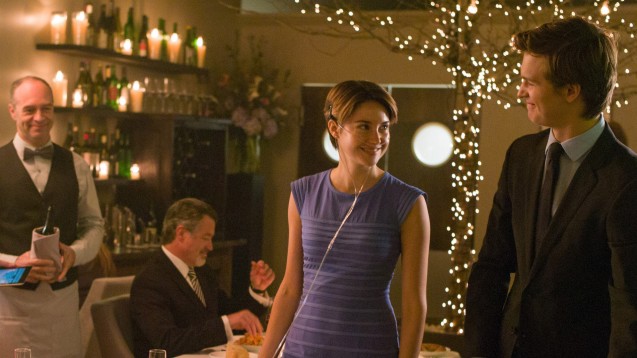 But, for everything that feels raw and real in the film, The Fault In Our Stars also comes across as overly plotted. Hazel and Augustus are designed specifically to break your heart and swell your tear ducts, which is why their relationship can sometimes feel painstakingly constructed. They are, quite literally, made for each other, which weighs down rather than frees the story in which they find themselves. Their interactions with the troubled, prickly Van Houten also lose some impact in the move away from the page, where his words, ideas and general depravity can take fuller form. In the film, Dafoe ensures that Van Houten remains tough to like, but the character’s rougher edges are sanded away in a half-hearted bid for redemption.

Ultimately, the film – which lifts entire lines and scenes wholesale from Green’s text – triumphs and suffers where the book does. The relationship between Hazel and Augustus, when stripped to its core, is a heart-breaking/warming account of a soul-deep connection that matters all the more for its tragic brevity. There’s a lot of welcome, saddening depth in the film, too, about the everyday heroism of children being forced to live on the brink of death everyday. But this is also a deliberately manipulative tale, one that hinges on an awkward twist (present in both book and film) that practically dares you not to care and cry about what’s going on. It’s an effective tactic, for the most part, but one that doesn’t earn so much as exhaust its audiences’ affections.

SUMMARY: A very faithful adaptation of an affecting but troubled novel.