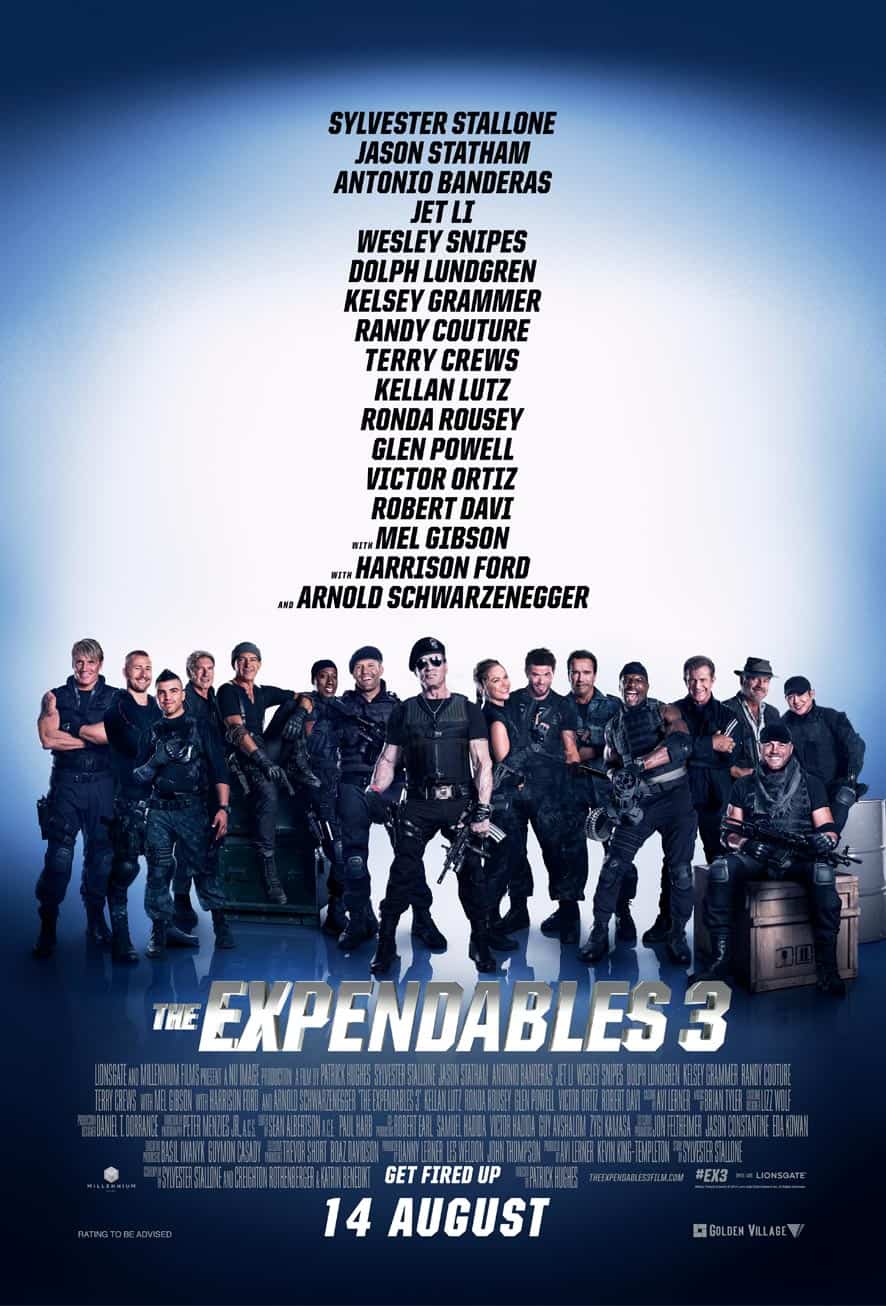 We have 20 pairs of premiere tickets to give away! For your chance, simply:

2. Tag your movie date in the comment column below.

In “The Expendables 3,” Barney (Stallone), Christmas (Statham) and the rest of the team comes face-to-face with Conrad Stonebanks (Gibson), who years ago co-founded The Expendables with Barney. Stonebanks subsequently became a ruthless arms trader and someone who Barney was forced to kill… or so he thought. Stonebanks, who eluded death once before, now is making it his mission to end The Expendables — but Barney has other plans. Barney decides that he has to fight old blood with new blood, and brings in a new era of Expendables team members, recruiting individuals who are younger, faster and more tech-savvy. The latest mission becomes a clash of classic old-school style versus high-tech expertise in the Expendables’ most personal battle yet.

1. The Contest begins on 4 August 2014 and ends at 1200 hours on 11 August 2014.  2. The Contest is open to participants residing in Singapore, who are 18 years of age or older as of the time of entry.  3. You are allowed to enter the  contest only once. You must be a fan of F*** Magazine’s Facebook page and Twitter page: @Fmoviemag.  4. F*** Magazine reserves the right at any time in their absolute discretion to cancel or modify the contest or substitute, withdraw  or cancel any prize without prior notice and without having to disclose any reason.