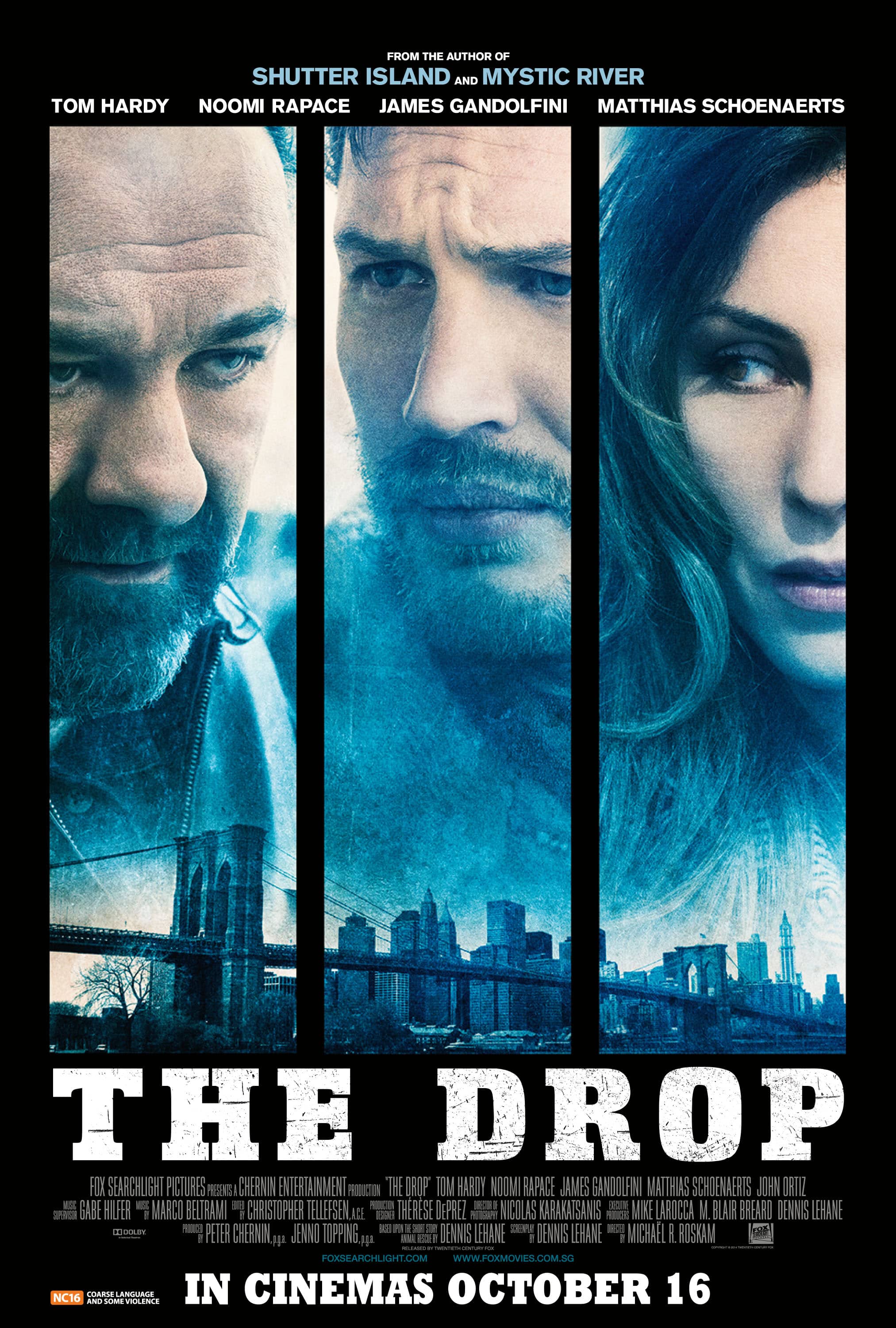 Fans of Mystic River will love The Drop, a film rife with tension and what-the-heck-is-really-going-on intrigue.

The film is based on Dennis Lehane’s short story Animal Rescue, and Lehane also penned the screenplay for the film. Tom Hardy and James Gandolfini play Bob and Marv, two cousins who work at a bar Marv used to own. The former is a quiet, mild-mannered barkeep who, largely because of Marv, finds himself at the centre of a robbery gone awry and plunged into an intricate web of double-crossings and betrayals. 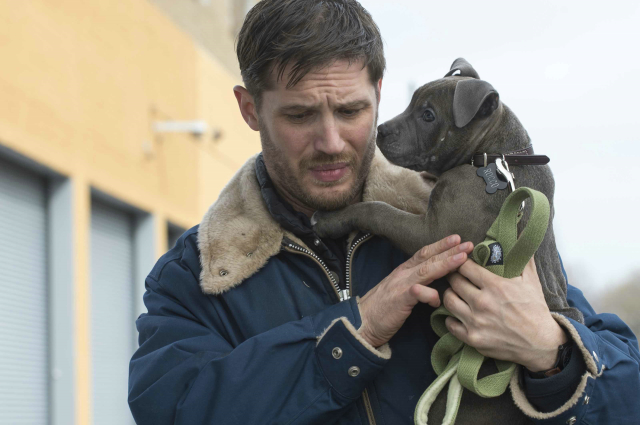 He forms a bond with Nadia (Noomi Rapace) after he discovers a wounded dog in her garbage – the dog was dumped there by Nadia’s volatile, abusive ex Eric (Matthias Schoenaerts). Bob showers both Nadia and the dog with love, and this in turn garners the attention of Eric who, unhappy with this turn of events, stalks Bob and constantly intimidates him.

When Marv’s bar is chosen as the drop-off point for mafia money on Super Bowl Sunday (a huge footballing event in America), Bob worries that Marv may have wormed himself into a situation that could prove life threatening. 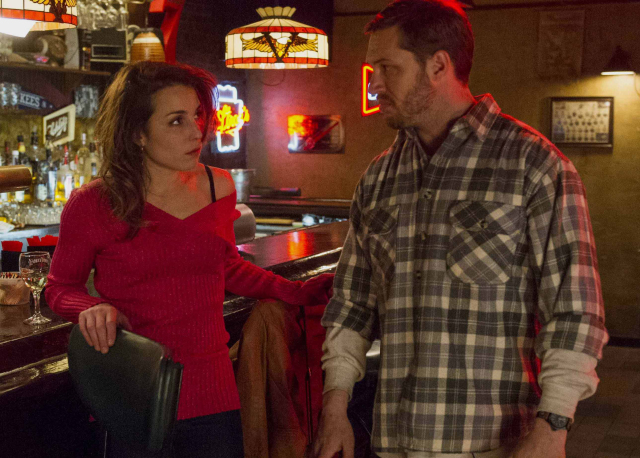 The pervasive paranoia among The Drop’s characters help to sustain the atmosphere of suspense, and stretches in the film’s middle and final act are nail-bitingly exciting. But even though director Michael R. Roskam (who previously directed Schoenaerts in Bullhead), helms the film assuredly, taking his time to build up the film’s web of deceit and intrigue, the film perhaps felt a bit too confident, relying a lot on the murkiness of a plot that promises something more, but not totally delivering.

Noomi Rapace’s Nadia also feels sorely underwritten, and remains little more than the abused victim of Eric, or the love interest of Bob; she never remains completely integral to the plot and often lurks on the film’s periphery.

Hardy and Gandolfini, however, are perhaps the biggest reasons to watch this film, especially the latter. Tom Hardy, who has over the course of his recent films built up hi action star credentials, possesses such a magnetic charisma that even the silences of his character – and his character is silent a lot – feel powerful and exciting to watch. As for Gandolfini, he invests each little gesture with meaning and import – even a tiny glance from the man feels purposeful. This is also perhaps amplified with the knowledge that his role in The Drop is his swansong performance – the actor passed away in June last year.

The Drop may have its unbelievable plot elements and certain developments may not have been satisfactorily explained or resolved, but it is still a masterful, slow-burning thriller with lots of dark humour to spare.