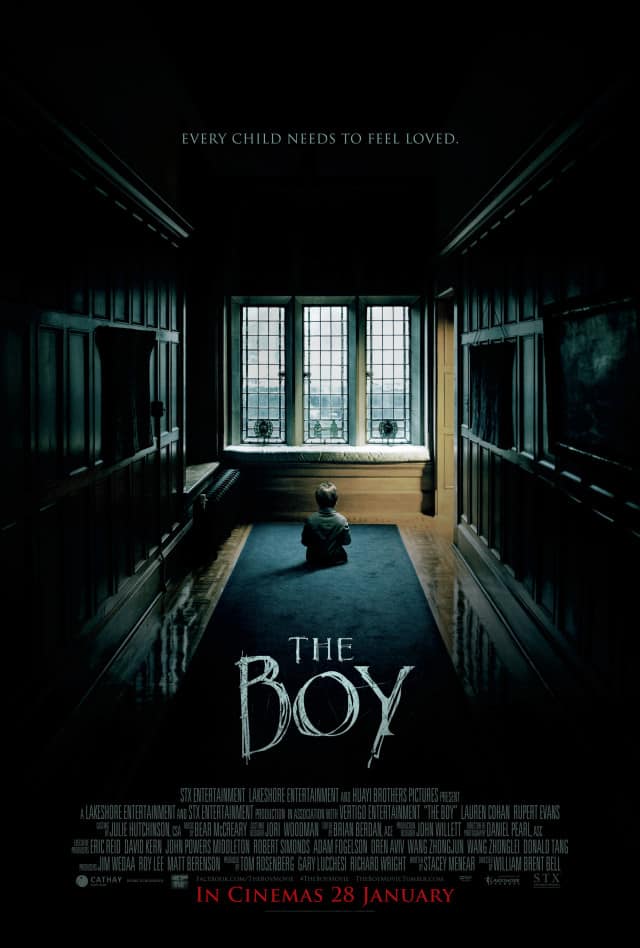 Creepy kids and creepy dolls have both been horror-movie mainstays, so why not combine the two? In this thriller, Greta Evans (Cohan) is hired by the wealthy, elderly Heelshires (Norton and Hardcastle) to be a nanny to their son, Brahms. Greta arrives at the Gothic Heelshire estate in a remote English village, where she discovers that the child she will be looking after is, in fact, a life-sized porcelain doll. Malcolm (Evans), the grocery delivery man, explains that the Heelshires treat the doll as if it were actually alive as a way of coping with the death of their son over 20 years ago. Greta finds it odd, of course, but the gig pays well enough. As several eerie occurrences transpire, Greta begins to fear that the doll is haunted by the spirit of the real Brahms. 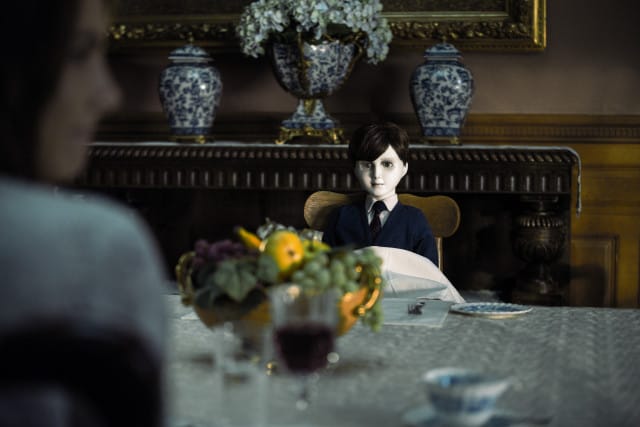 The Boy is basically an unspooling of a laundry list of well-worn horror tropes. There’s a creepy old house, creepy old people, a creepy doll, a protagonist escaping a dark past of some description and more than a few jump-scares. Director William Brent Bell’s 2012 film, The Devil Inside, is infamous for its infuriating cop-out of an ending. While The Boy isn’t quite as frustrating, its straight-faced re-treading of territory that should be very familiar to any horror-movie fan borders on self-parody. Bell strains so hard to establish a foreboding atmosphere, with shots that linger on stone angels and taxidermised animal heads, as Bear McCreary’s ominous musical score looms and lunges. The Boy never passes up a single opportunity to remind the audience that they’re watching a horror movie, coming across as self-conscious instead of authentically unnerving. 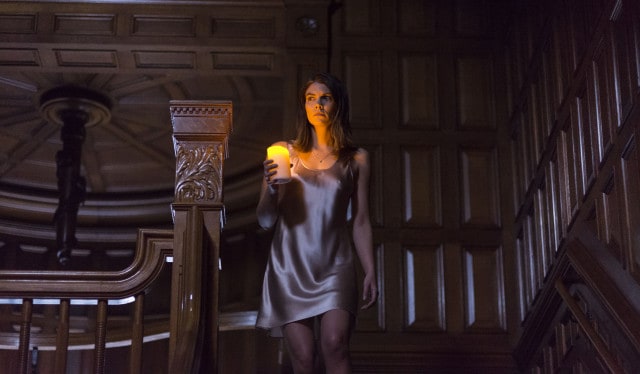 Cohan is a watchable actress, but she seems more suited to tough, ass-kicker-type roles, particularly since she’s best known as Maggie on The Walking Dead. Greta is a very old-fashioned horror-movie leading lady, right down to walking down a dark corridor at night, holding a candle, clad in a towel. The way the character is presented is another aspect of the film that makes it seem like it might be a parody, as if we’ll be hit with a radical, Cabin In The Woods-type deconstruction at any moment. Alas, this doesn’t happen. There are multiple moments when Greta should realise she’s in a predicament straight out a horror movie and hightail it out of there; the explanations as to why she doesn’t aren’t quite convincing. Evans is the charming, if bland, guy who provides the only semblance of normalcy in Greta’s new existence, while Hardcastle plays up the frigid, well-to-do old lady archetype to an almost laughable extent. 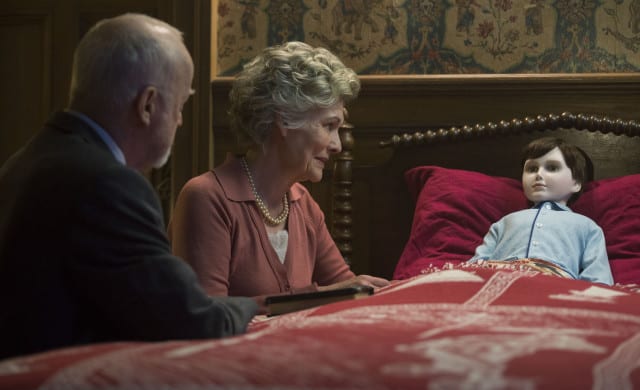 There is a degree of intrigue to the question of whether something supernatural is at work or if it’s all in Greta’s head, though the final reveal is markedly underwhelming. Special-effects make-up artist Todd Masters created a very unsettling doll for the film, which should be half the battle won. We get a couple of decent scares, but those are offset by how formulaic it is on the whole. There is an archness to the proceedings and we can see what Bell is aiming for, which is at least sufficiently different from the cheap found-footage horror movies that are currently all the rage. That the film seems to be frantically waving its arms, yelling, “This is scary, isn’t it?” during every other scene makes it less effective than it could’ve been.

Summary: The Boy relies too much on genre shorthand to be genuinely scary, in addition to giving leading lady Lauren Cohan nothing too interesting to do.