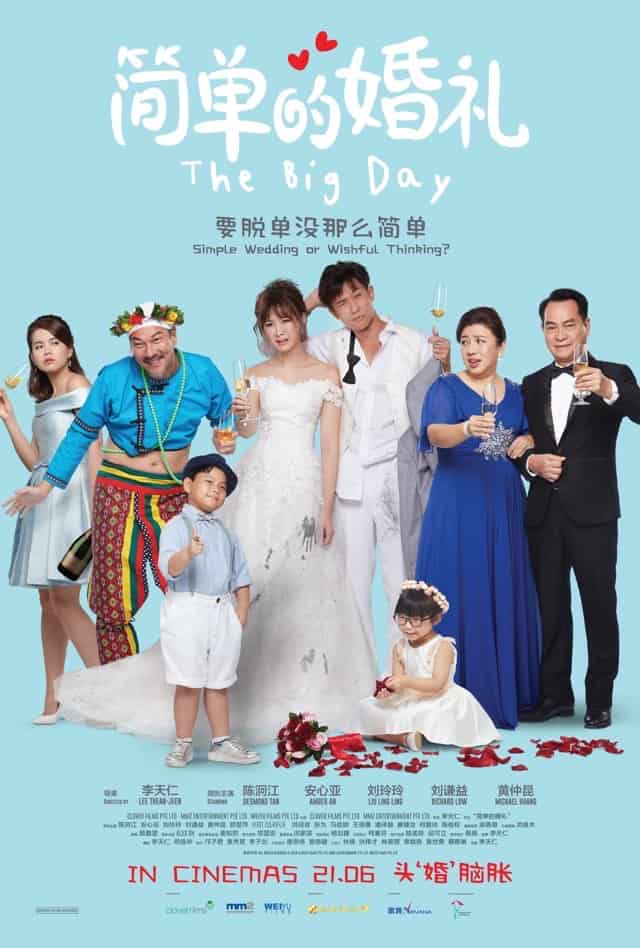 Humbly marketed as a simple wedding (the literal translation of its Chinese title) movie, The Big Day (简单的婚礼) is more than just that — it’s about Singaporean culture, family dynamics, and the unglamorous side of love.

Starring local Star Awards 2018 Best Actor, Desmond Tan (陈泂江), and Taiwanese supermodel and actress, Amber An (安心亞), writer-director Lee Thean-Jeen (The Pupil 2010-2011) dazzles with a heartwarming rom-com that is balanced — not too cheesy and mushy, not overly focused on gags and comic relief.

Tan plays Xu Nuoyan, a suave young man whose father and grandfather are excessively eager to promote their family business — funeral services — even at a wedding banquet. An plays Nuoyan’s fiancée, An Shuyu, a diving instructor who first met Nuoyan when saving him from drowning.

The movie opens with Shuyu’s narration, telling viewers that she’ll tell her story beginning with the end. Surprisingly, it’s not cheesy and, in fact, quite an effective storytelling technique for this particular rom-com.

The biggest gripe one might have is the gimmicky transitions that stick out like sore thumbs. Shuyu breaking the fourth wall and explaining her thoughts as we slowly retrace the various mishaps leading up to her wedding disaster are more than enough to stitch the various plot points together. 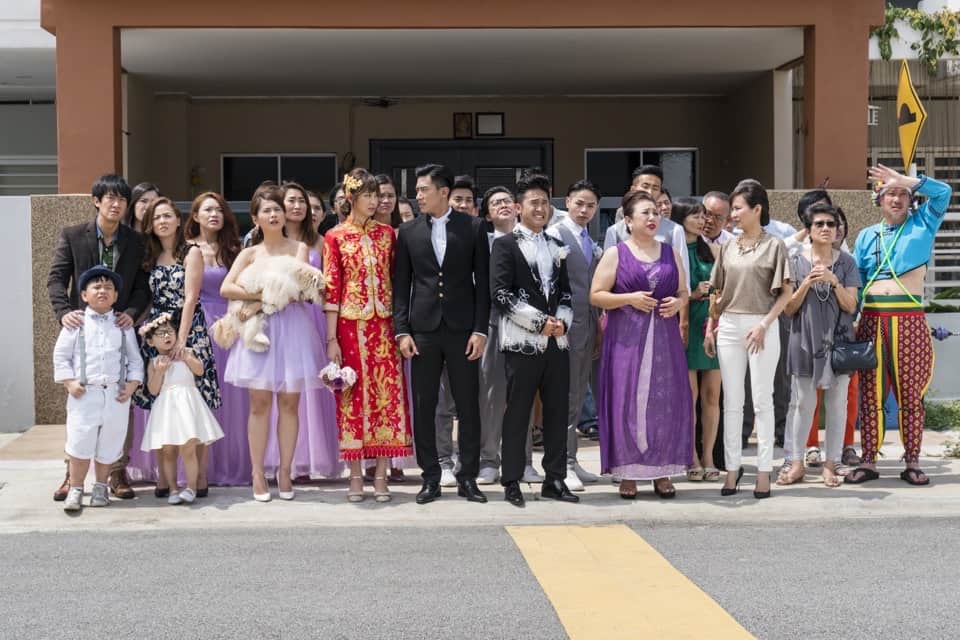 Nevertheless, most films about family — local or foreign — tend to get the dynamics very wrong, but The Big Day presents a convincing family setting. The dialogues between not just the main leads, but also the supporting cast, are believable and natural, something simple but absent in some family films (and even dramas).

That said, Tan and An deliver nothing short of convincing performances. The real unsung hero here though is Michael Huang, who plays Shuyu’s village farmer father. Huang performs the eccentricity needed for his character while delivering some of the best emotional moments one could expect in Asian cinema. 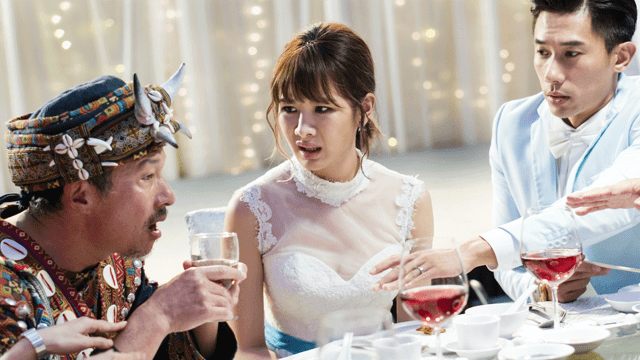 Sharp eyes would notice a few technical missteps, issues with continuity, and apparent factual discrepancies in the female lead’s backstory. But overall, there isn’t anything too major to suck the overall enjoyment out of this local rom-com.

The Big Day’s biggest takeaway is that love and marriage are not just about mutual attraction and living happily ever after, but also learning to accept the other party’s family, relatives, and friends. It’s a movie that will make wedded and unmarried couples reflect on what they’ve said, done, and thought over the course of their relationships.

Summary: The Big Day is a bit more than a typical movie about a wedding gone wrong — expect family dynamics close to Singaporeans’ hearts and subtle yet effective Singaporean cultural references.