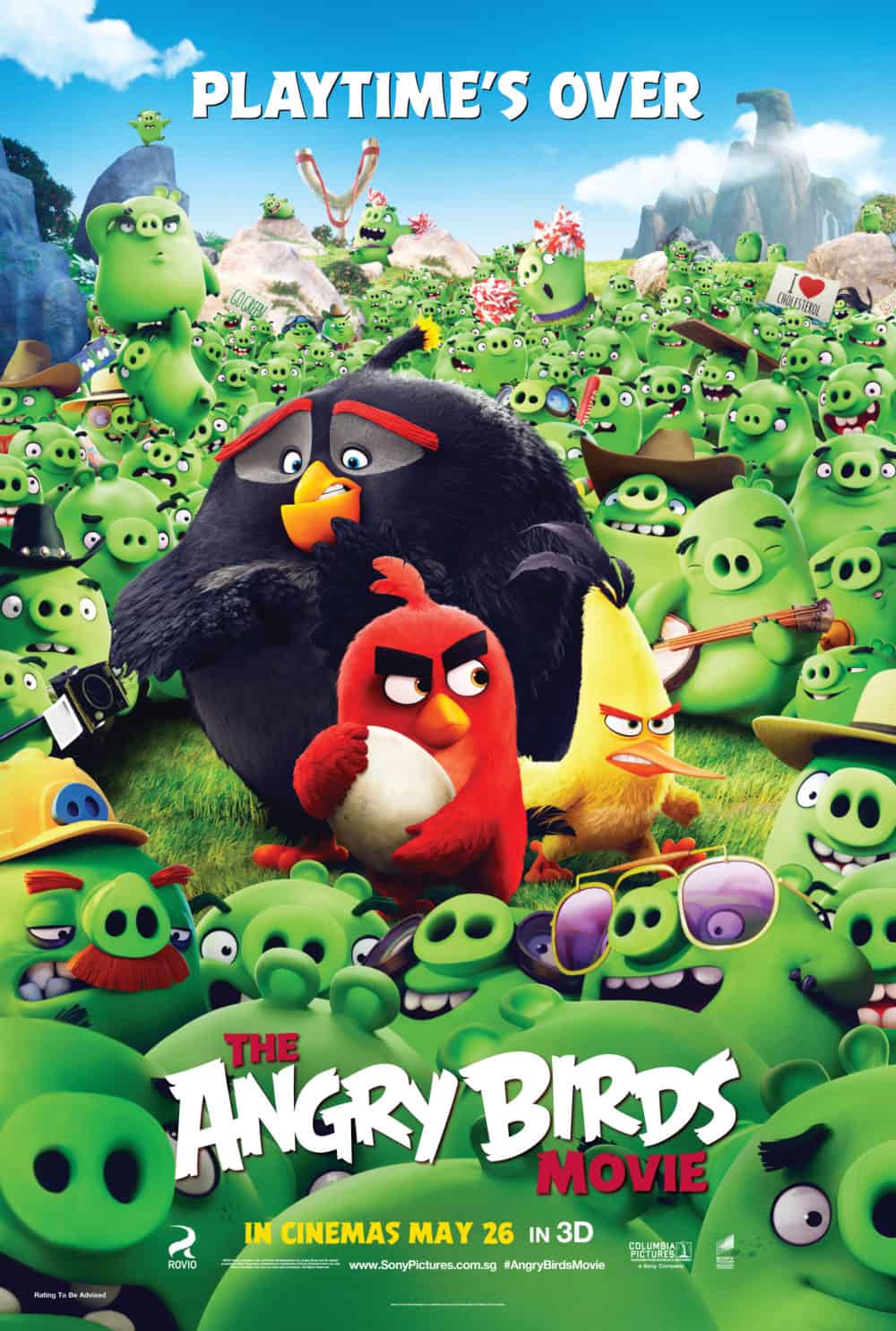 Red feathers at morning, pigs take warning. In this animated comedy, we become acquainted with Red (Sudeikis), a resident of Bird Island who has trouble keeping his temper in check. After a particularly bad flare-up, Judge Peckinpah (Key) sentences Red to anger management classes. The classes are conducted by Matilda (Rudolph), and Red eventually befriends the jittery Chuck (Gad), Bomb (McBride), prone to literally exploding when he gets upset, and the gigantic, constantly growling Terence (Penn). Out of the blue, Bird Island receives visitors in the form of green pigs, led by Leonard (Hader). Claiming to be peaceful explorers, the newcomers are received with open arms by all of Bird Island’s residents – apart from Red, who harbours his suspicions. Red is proven right when it turns out that the pigs intend to steal and eat all of the birds’ eggs. Red, Chuck and Bomb seek the advice of the Mighty Eagle (Dinklage), a mythical hero whose glory days are far behind him. In retaliation, the denizens of Bird Island stage an attack on Piggy Island to rescue their unborn offspring.

The Angry Birds Movie is an adaptation of the mobile game developed by Rovio, which became a cultural phenomenon around five or six years ago. Beyond the point that this might be flapping its way into theatres a tad late, there is another elephant bird in the room. Large swathes of the internet are convinced that the film is a thinly-veiled anti-immigration screed. It seems far-fetched that a kids’ movie based on a puzzle game might be politicised, but it’s not absurd on its face. The villains are insidious foreigners with a hidden agenda, their leader is sporting a curly beard, they arrive bearing gifts and the promise of peace, and our hero is the one guy who suspects all is not as it seems. Alternatively, it’s an anti-colonialist message, with the pigs as the conquistadors who have arrived to bamboozle the locals and make off with their resources. Naturally, the makers of the film won’t confirm or deny the hypotheses outright. It slingshots right over the heads of the young target audience, but it’s something to mull over – or just chuckle about – all the same. 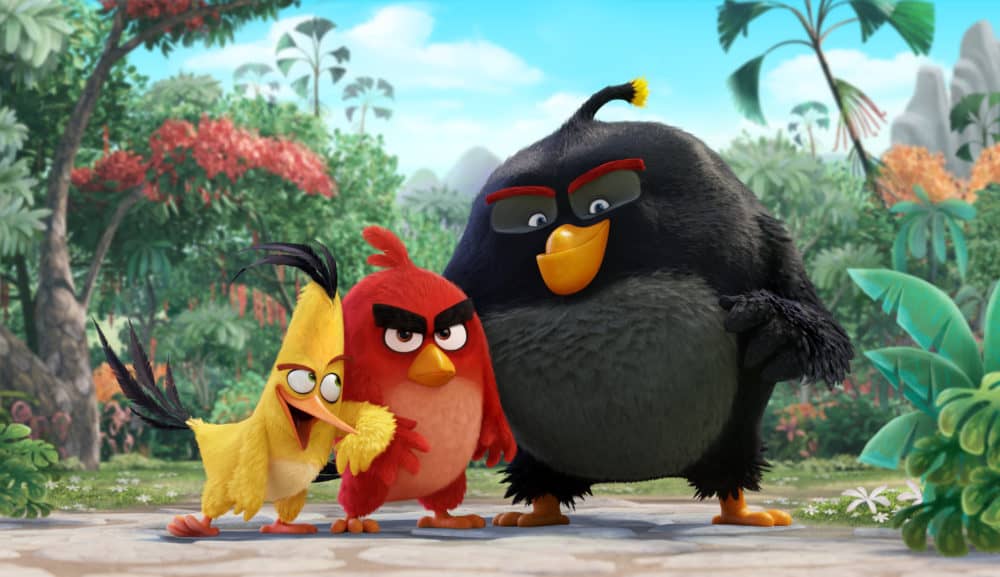 Past the possible political commentary, Angry Birds is very much a serviceable, run-of-the-mill animated comedy. There are reasonably well-known comic actors in the voice cast, cloyingly cutesy baby characters, getting-crap-past-the-radar jokes to make the adults snicker, and the inclusion of pop songs aplenty. The birds might be flightless, but a surprisingly high number of the jokes land. Amidst the more questionable gags, like a Fifty Shades of Grey reference and scatological humour, there’s a litany of groan-inducing puns – think “Kevin Bacon in Hamlet”, “Calvin Swine underwear” and “The Birds and the Bees Fertility Clinic”. Screenwriter Jon Vitti is a Simpsons alum who also penned the first two Alvin and the Chipmunks movies, so one kind of knows what to expect jokes-wise. There is a niggling sense that a lot of the jokes were cooked up by a writer’s room of stand-up comics roped in to do a last-minute punch-up. It’s also not terribly original: one scene borrows the “most annoying sound” joke from Dumb and Dumber, while another lifts the Quicksilver kitchen sequence from X-Men: Days of Future Past wholesale.

Angry Birds may be markedly unsophisticated, but its protagonist does go a good way to making it work. Red is flawed, a bitterly anti-social loner whose deep-seated issues stem from a childhood of neglect (he was orphaned) and bullying. Sudeikis doesn’t phone it in and ends up being pretty engaging as Red, allowing the viewer to sympathise with his myriad frustrations. Gad essentially reprises Olaf from Frozen, while McBride is reasonably cuddly as the gentle giant who just can’t help his outbursts. Dinklage is an absolute hoot as the Mighty Eagle, a widely-admired Wizard of Oz type who turns out to be out of shape and comically ineffectual – wait, the Bald Eagle is the national bird of which country, again? 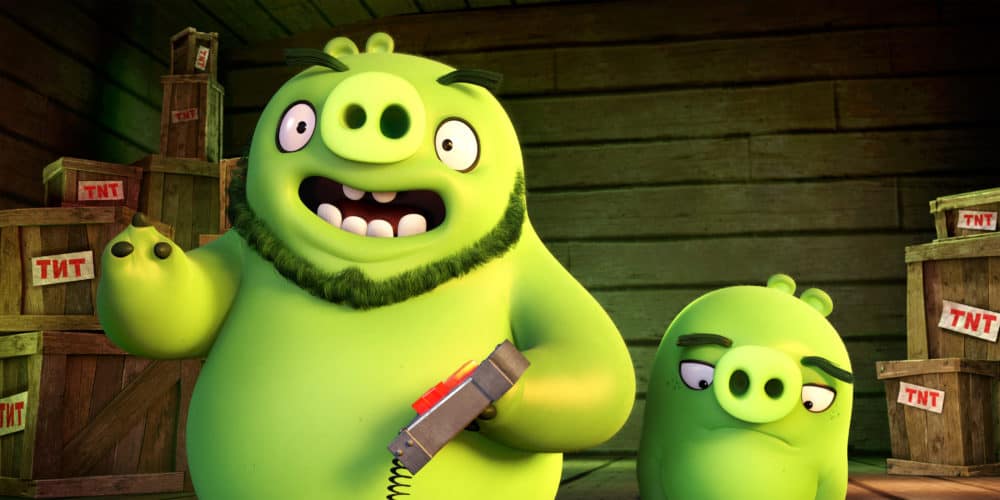 Hader could stand to be a little – yes, we’re going there – hammier in his role as the big bad of the piece. Leonard and his fellow pigs want to consume unborn children – it would’ve been interesting to see the movie acknowledge just how dark this is. And hiring Oscar-winner Penn to grunt and growl seems even more puzzling than having Vin Diesel’s only lines be: “I am Groot”. Penn taped all his, uh, ‘dialogue’ in one recording session and co-director Clay Kaytis openly admits it was stunt-casting. Apparently, the film’s executive producer David Maisel is a friend of Penn’s and reached out to him. Penn, enjoying an early cut of the film (and probably not wanting to pass up the incredibly easy pay cheque), signed on.

Angry Birds is sufficiently colourful, fast-paced and funny, such that parents won’t be tearing out their hair – though it’s likely they won’t genuinely enjoy it. It is what it is, a franchise-ready animated movie made by committee, and it really could’ve turned out significantly worse. 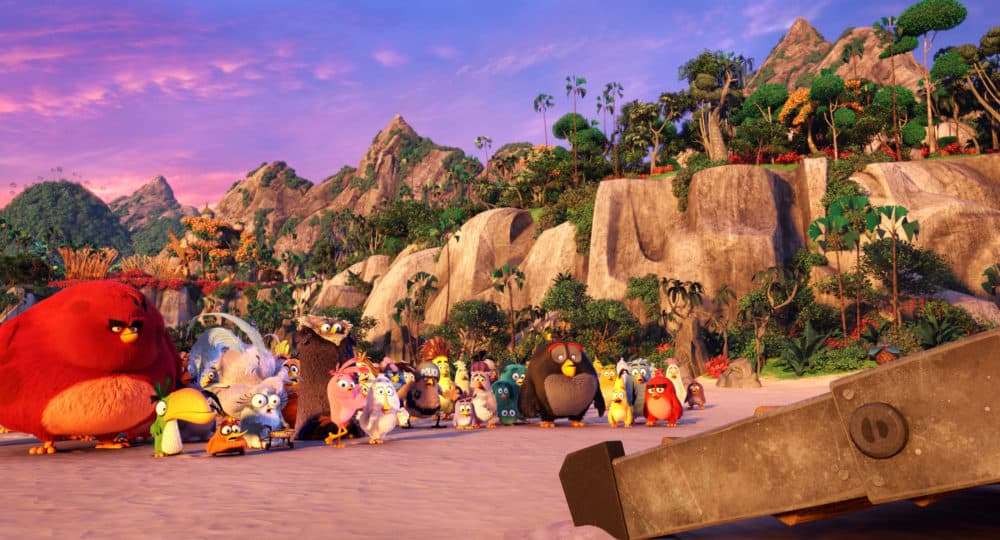 Summary: It’s an animated movie as ordered via corporate mandate, but The Angry Birds Movie does pack in the jokes and some lively animation. Have meaningful post-movie discussions with your kids about the supposed anti-immigration sentiment in the movie at your own risk.