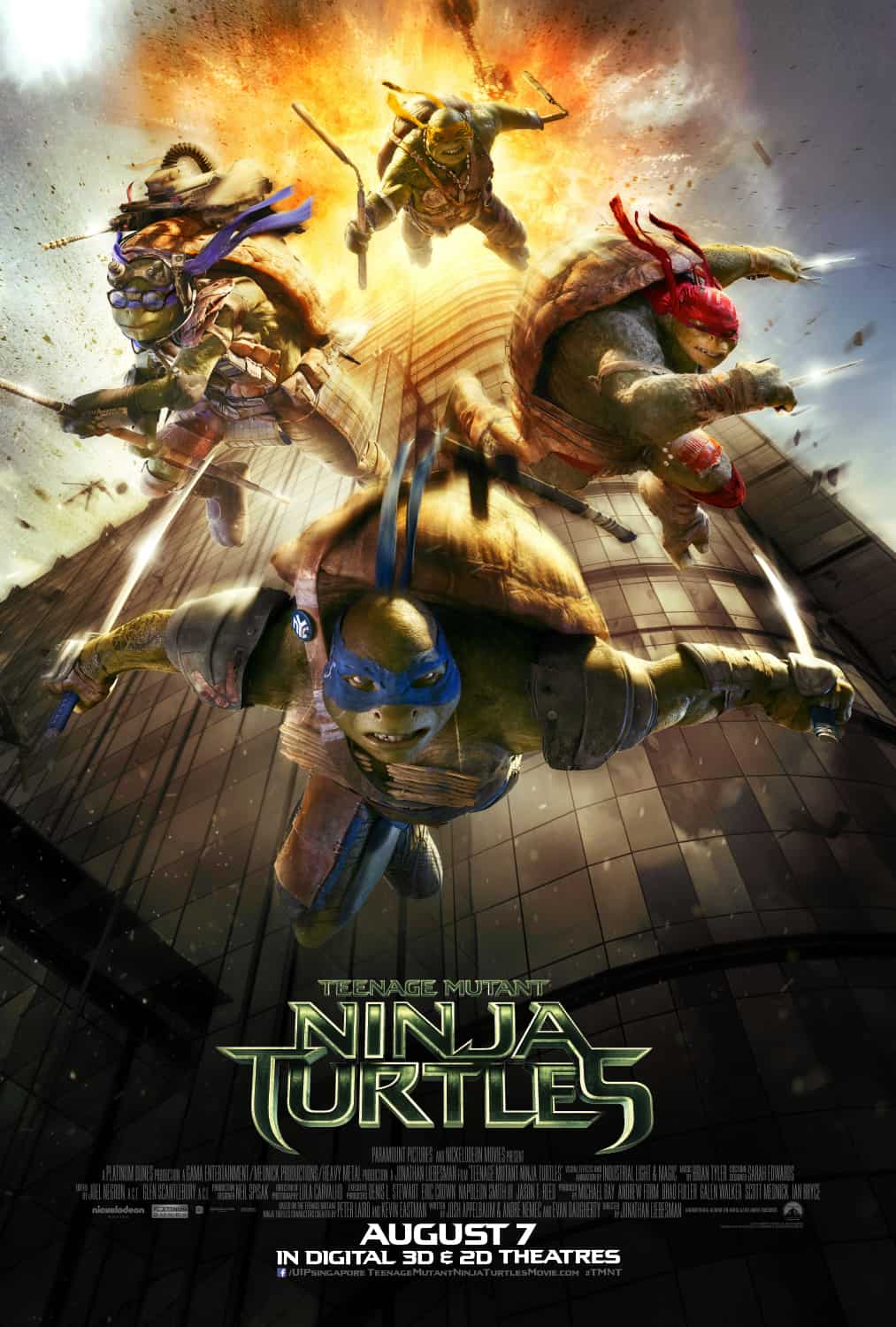 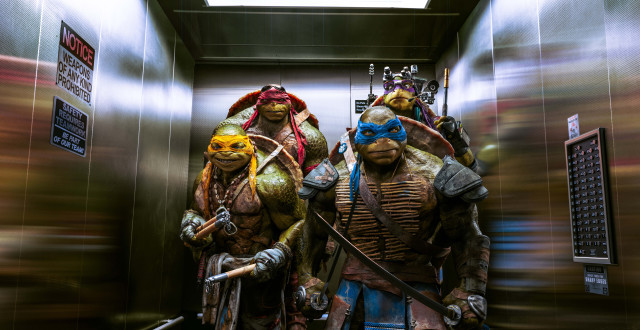 Leader Leonardo (Ploszek/Knoxville), hot-headed Raphael (Ritchson), jokester Michelangelo (Fisher) and tech wiz Donatello (Howard) are the titular reptiles. Once ordinary box turtles, they were mutated into giant, intelligent humanoid creatures thanks to a laboratory experiment known as Project Renaissance. Their “father” and sensei Master Splinter (Woodburn/Shalhoub), a mutated rat, was also born from the same experiment. Reporter April O’Neil (Fox) discovers the existence of the turtles as they fight back against the militant Foot Clan, led by an armour-clad warlord named The Shredder (Masamune). The turtles befriend O’Neil and they work in tandem to bring down the Shredder and his partner in crime, industrialist Eric Sachs (Fichtner). Sachs’ plan? To engulf New York in a biochemical attack launched from his tower smack dab in downtown Manhattan. 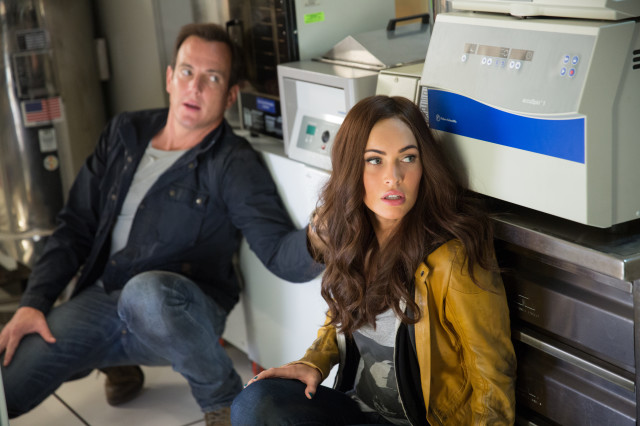 Many kids who grew up in the 80s and 90s hold TMNT very dear, the 1987 animated series still a pop culture staple. As such, shellheads understandably seized upon this new iteration. Everything was troubling, from the revised extra-terrestrial-linked origins to the casting of Megan Fox as April O’Neil to the drastic re-designs to Michael Bay in the producer’s chair. Throughout the film, one gets the sense that director Jonathan Liebesman and producer Bay are smugly going “see fanboys? William Fichtner isn’t Shredder after all. They aren’t exactly aliens. Nothing to worry about, we got it all 100% right!” Well, of course they didn’t, but there is just enough in Turtles ‘14 for some to consider it a sufficiently enjoyable ride.

The new origin story has shades of The Amazing Spider-Man and, perhaps not coincidentally, the climactic action sequences of both movies take place atop the Condé Nast Building. Thankfully, the defining personality traits of each of the four turtles have been preserved, even though they are often played up to unnecessary extents. Michelangelo doesn’t have to spend the entirety of the film leering at April, does he? The new looks for the turtles are quite over-designed, not unlike how the Transformers are in the live-action film series. They are hulking, top-heavy, loaded with accoutrements such as shell necklaces, sunglasses and communications backpacks and have unsettling noses and lips. The turtles are meant to be endearing if not downright cute. Here, their appearances are just disturbing. The character animation on the turtles is often dynamic but lacks the photo-realism just put on display in Dawn of the Planet of the Apes. Some may argue that the versions designed by Jim Henson’s Creature Shop in the 1990 film look dated and silly today. You can rest assured that by 2038, the designs of these turtles will look even more ridiculous than they already do. Shredder comes off poorly too, looking like he was designed by a 12-year-old exclaiming “the more knives, the scarier he’ll be! More knives, more knives!”

Megan Fox is a self-proclaimed TMNT fan and actively pursued the part of April O’Neil, but that does not change the fact that she is woefully miscast. Fox’s acting range is as limited as ever and her eyes seem disconcertingly dead. Malina Weissman, who portrays Young April in flashback scenes, acts better than Fox does. Jane Levy, Anna Kendrick and Elizabeth Olsen were considered before Fox got the part – any of those actresses would’ve been a better fit. The yellow jacket is a nice visual reference to O’Neil’s original costume though. Arnett provides hit-and-miss comic relief as the tagalong cameraman Vern and Minae Noji goes all dragon lady as Karai. William Fichtner hams it way up as Eric Sachs. He’s a dab hand at playing slimy villains but fails to make much of an impact as the baddie here, saddled with such lines as “time to take a bite out of the big apple”.

On the plus side, the film’s 101 minute running time is way easier to stomach than the 165 minute duration of Transformers: Age of Extinction. The action sequences are also more coherent and entertaining here and an extended chase down a snowy slope involving rocket snowboards, an avalanche and a jack-knifing semi-truck is actually quite impressive. That sequence also contains some neat 3D effects. While some of the jokes are annoying, several do land. This reviewer enjoyed a bit in which Michelangelo attempts to serenade April with an off-key rendition of Happy Together – which, of course, was sung by 60s group the Turtles. The film also has a sweet flashback sequence showing the turtles as babies under Splinter’s care and we get a quaint stop motion-style time-lapse image of the turtles growing up.

In spite of the violence and sexual references, this movie is a whole lot less inappropriate for children than the Transformers films and can be considered a passable action adventure flick for tweens. It should also be some small comfort that the characters of Leo, Mikey, Donnie and Raph haven’t actually been butchered past recognition (even if their appearances have been). It’s silly, but a film called Teenage Mutant Ninja Turtles has every right to be. That said, Guardians of the Galaxy does the irreverent, pop culture-referencing, action-comedy thing with a whole lot more wit, heart and style.

Summary: Teenage Mutant Ninja Turtles has its moments but on the whole, it’s still lagging behind a good number of other blockbusters this summer.