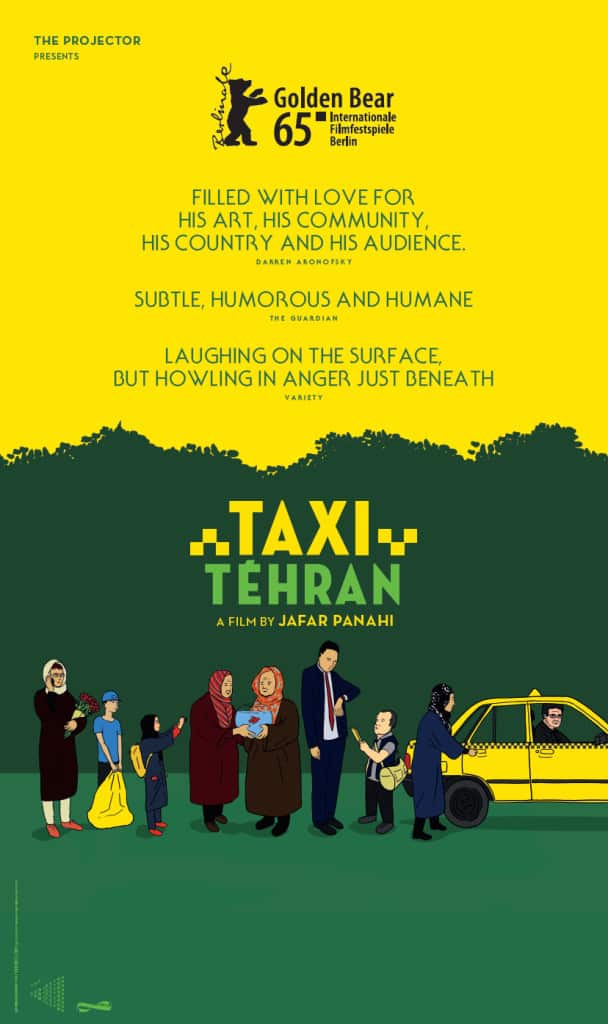 Imagine, if you will, a world in which you may walk freely on the streets, but are hardly free at all. That’s the world in which Iranian director Jafar Panahi lives, breathes and tries to work – one we’re introduced to in gentle, tartly comic fashion in his latest film. Taxi, which won the Golden Bear at the 2015 Berlin International Film Festival, gives viewers a seductive, sobering glimpse into modern-day Iran, a country where criminals are executed for petty theft and women jailed for trying to attend a men’s volleyball match. 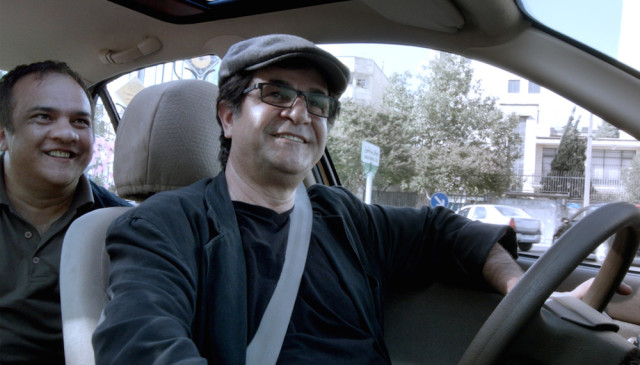 The premise of Taxi is simple – Panahi himself, with cameras cleverly affixed throughout his vehicle, drives a taxi through the teeming streets of Iran. Throughout the day, Panahi the cabbie picks up strangers, friends and relatives, played by themselves or non-professional actors. Along the way, he makes idle conversation with them, or they chat amongst themselves – ordinary chatter that carries quite extraordinary import.

It’s fascinating, thought-provoking stuff, delving deeply into ideas and questions about Iran and its politics while firmly couched in the language of the everyday. Two passengers launch into an impassioned discussion on the merits (or lack thereof) of capital punishment and syariah law. The broken body of a man is bundled into the backseat and, with what he thinks is his dying breath, he tries to circumvent laws that will prevent his sobbing wife from inheriting their home. Art and ideas are sold on the streets, the stuff of covert piracy, as the precocious Hana Saeidi, Panahi’s young niece, relates to him the lessons she has learnt on how exactly to make films that will be ‘screenable’ in Iran. 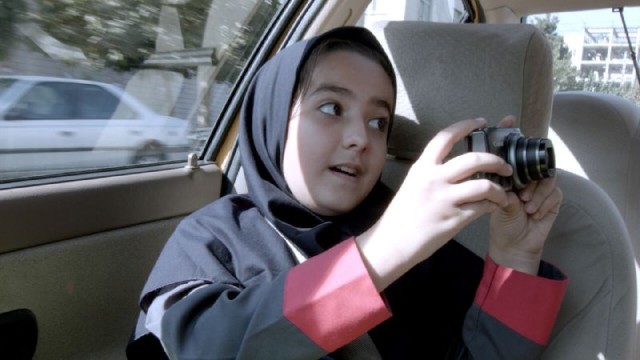 To be honest, the final film is an amiable if somewhat rickety affair. Parts of it work better as metaphors, faltering somewhat in the execution. For instance, Hana is, literally and metaphorically, the future – both of Iran and, with her own little handheld camera, filmmaking. But the moment when she tries to exert control over a scene she’s shooting from the window of the taxi, haranguing a little boy to behave differently so that her footage will pass muster in school, feels a little too on-the-nose. In a couple of instances, it’s easy to identify the issues Panahi wants to raise: in a bowl of fish or an iPad video, he finds insights about the power of superstition and the tragedy of poverty. But the scenes themselves don’t always work as well, ambling when they should sprint.

Nevertheless, it’s impossible to remain unmoved by the quiet power and heartbreaking passion of Taxi. This is a gem of a film: subtle, leisurely and surprisingly funny; thoughtful and deep but rarely overbearingly so. It’s all the more impressive, of course, as a testament to Panahi’s ongoing refusal to bend and break beneath the 20-year filmmaking ban that was slapped on him in December 2010. Since then, he’s smuggled a film out of Iran on a flash drive baked into a cake, and assembled Taxi out of cam footage shot in broad daylight in Tehran. That’s why, in ways both big and small, Taxi serves as a bold reminder of the bravery and strength of the human spirit. 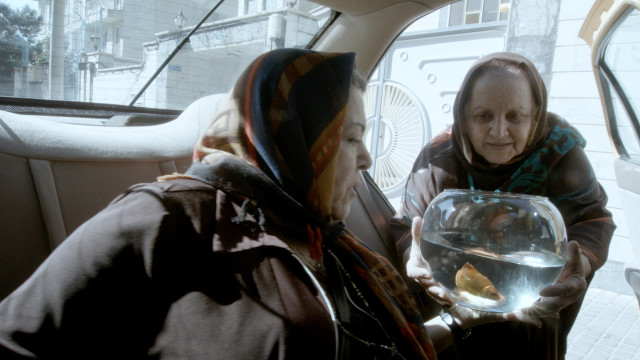 Summary: Well worth the ride.