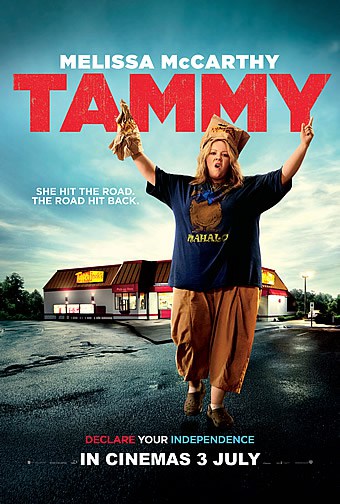 Melissa McCarthy is a marvel. That’s the plain truth of the matter, and it really is fantastic that – post-Bridesmaids – her considerable skills as an actress and comedienne have finally been acknowledged by Hollywood. In fact, it’s allowed her to produce Tammy, a rude but heartfelt road-trip comedy she wrote with her husband Ben Falconer (who also directs). Broadly speaking, the film hasn’t been well-received by critics; many have lamented that this shambolic film is a waste of her talent and charisma. Not so: Tammy, though uneven, is a lot of raucous fun, held together in its patchier moments by some standout comic performances and its deep respect for its characters. 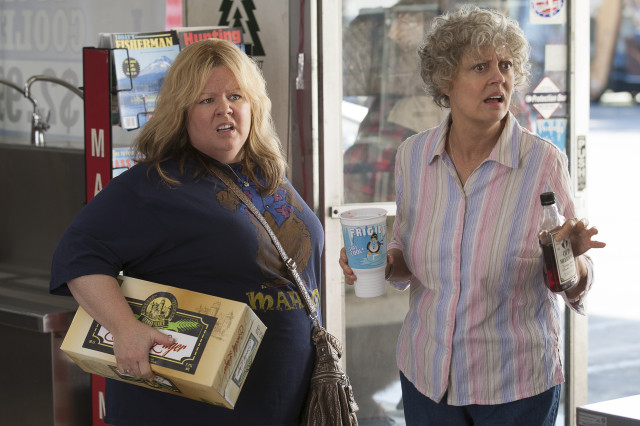 We meet Tammy (McCarthy) on the worst day of her not-exactly-great life: she’s fired from her job at a fast-food joint, her car breaks down in spectacular fashion, and she returns home to find her husband Greg (Nat Faxon) conducting a most courtly affair with their neighbour Missi (Toni Collette). Furious, Tammy resolves to leave town, though she has literally no idea where she’s going or how she’ll do it, with neither wheels nor money at her disposal. Finally, she realises that her dotty alcoholic of a grandmother, Pearl (Sarandon), is her way out, and together, they hit the road on a cross-country odyssey that could drive them apart as easily as it might bring them together. 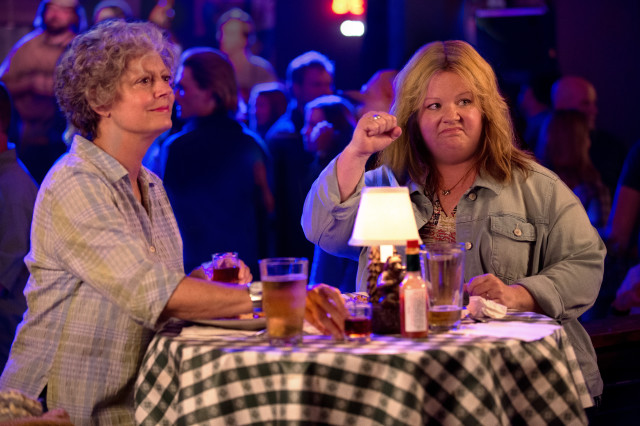 There are a few things that work against Tammy. It’s funny, sure, but its knockabout comedy is of a very specific tone, balanced precariously between amusing and offensive/embarrassing. The main characters can be tough to like – Tammy flies into fits of temper and hostility, and comes across as a painfully aimless mess of a human being – which is a bit of a problem when we spend so much time with them. Occasionally, Falcone allows the movie to get away from him, packing in loosely-improvised scenes that don’t make sense as part of the film’s larger narrative: why, for instance, does Tammy strut and dance about the parking lot before holding up a fast-food joint, as we see in the film’s teaser trailer? 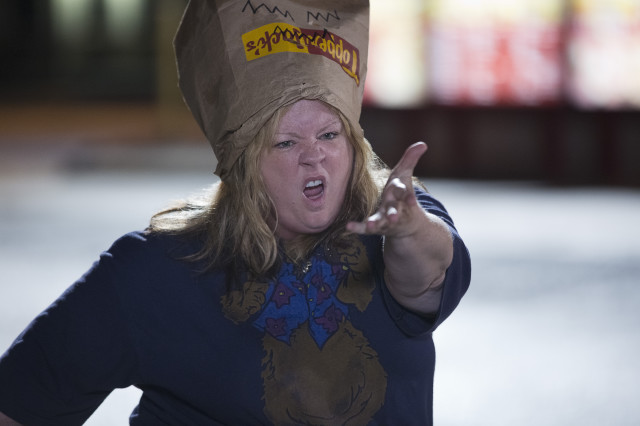 But Tammy – for all that it’s a prickly, often challenging beast to like – turns out to be as sweet and surprisingly big-hearted as its title character. Accompanying the film’s many larger, louder comic set-pieces are moments of genuine character development. We’re not meant to like Tammy at first, because she barely likes herself: she’s a loser, a quitter, and someone who would rather complain incessantly than actually do something to change her life. Yes, bad stuff happens to her, but the unexpectedly deep insight tucked into this film is that bad stuff happens to everyone, and it’s how you face up to it that matters. And so, from totalling a jet ski to winding up in prison, we actually do get to watch Tammy grow as a person. It’s a neat twist on the harsh, in-your-face character that’s become McCarthy’s stock-in-trade since Bridesmaids. 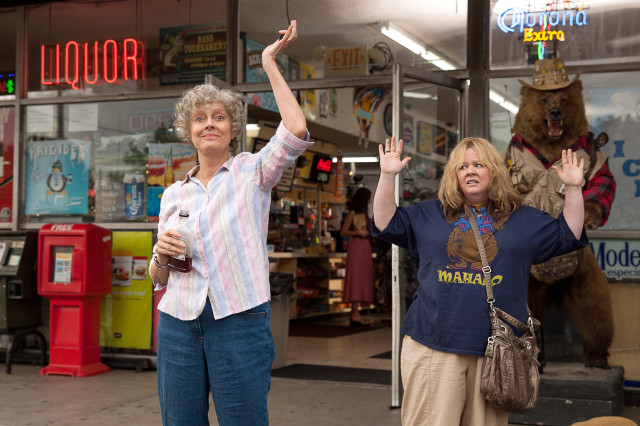 The other characters in the film are, also, quite wonderfully-drawn: Pearl, in particular, is a fascinating creation – permanently drunk yet oddly charming, flawed in as many ways as her granddaughter but capable of love and wisdom in her own screwed-up way. Her loving, broken relationship with Tammy is the cornerstone – and highlight – of the film. On their road trip, we also meet other memorable players: Earl (Cole) strikes up an affair with Pearl, while his son Bobby (Duplass) tries his best to keep Dad safe; Pearl’s cousin Lenore (Kathy Bates) throws a literally explosive Independence Day party during which tensions – both romantic and familial – reach an unfortunate climax. They all play a part in Tammy’s metaphorical journey towards figuring her life out, at least a little bit. 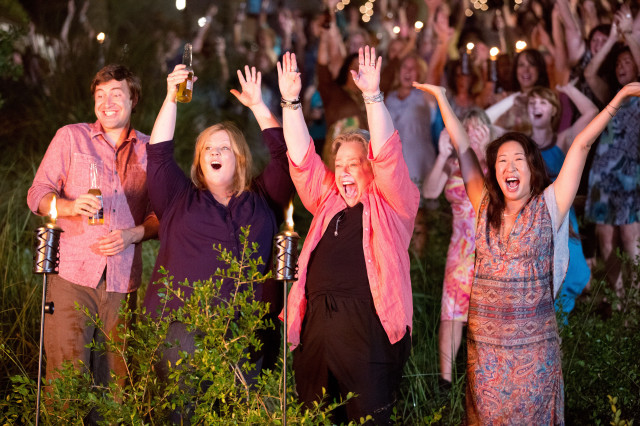 If nothing else, Tammy is worth a watch because of its two leading ladies. McCarthy, of course, is one of the few actresses today who can hang onto the hearts of her audience however off-putting her character might be, and she plays the occasionally obnoxious, troubled Tammy with as much bravery, heart and comic skill as anyone could wish for. Sarandon, too, delivers an off-the-charts terrific performance as Pearl: she’s hilarious in dotty, booze-addled mode, but also manages to sneak a little heartbreak into Pearl’s revelation of why her relationship with Tammy soured in the first place. 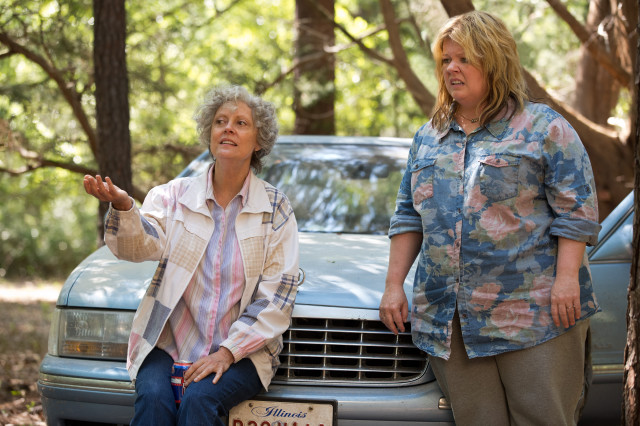 There’s no denying that Tammy can sometimes feel like any dime-a-dozen R-rated comedy out there: prizing humiliating, sexually-tinged, bad-taste comedy over subtlety and character development. But stick with the film and you’ll find it’s actually far richer and deeper than you might expect. Its characters may be subjected to all kinds of comic indignity, and are frequently played at larger-than-life frequencies. But they nevertheless come through as very real, very flawed people: the kind that find hurt, hope and a lot of humour even as they suffer the small, darkly funny tragedies of everyday life.

SUMMARY: Like its title character, this film is brash, loud, and obnoxious – but also surprisingly sweet and full of heart and humanity.