This weekend, an estimated 45,000 fans will descend on the Marina Bay Sands Convention Centre for the Singapore Toy, Games and Comics Convention (STGCC), produced by Reed Exhibitions and held in collaboration with the New York Comic-Con. This morning, F*** was at The Vault bar for a taster of what’s going down at the convention. Cosplayers dressed as a Star Trek science officer, RoboCop and Spider-Man helped get everyone into geek gear. 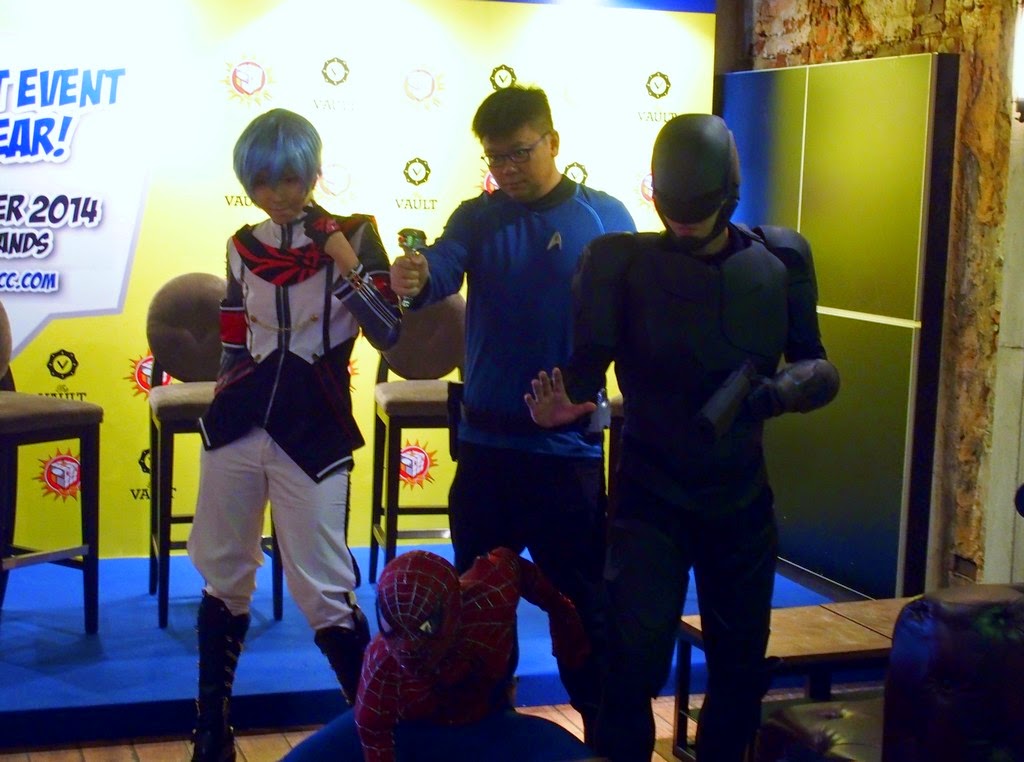 Matt Fabris explains why sneakers are his chosen canvas, citing the popularity of basketball star Michael Jordan in the 80s-90s. “Shoes are just my thing,” he says, revealing that at last count he owns 450 pairs. Fabris went from studying finance and IT to pursuing his artistic passion, beginning as a graffiti artist in his home country of Australia. “It was just a hobby that turned into a job, so now instead of wearing a suit all day, I get to wear a tracksuit, pants, watch basketball and paint robots. It’s good.” 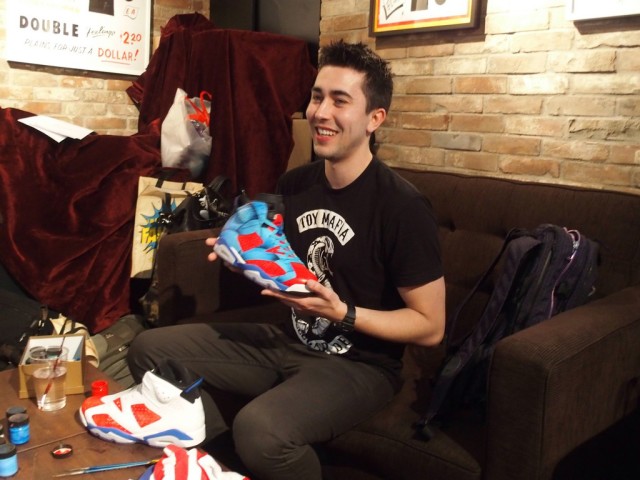 Humberto Ramos cites the hit TV show The Big Bang Theory as an indicator that geek culture has gone mainstream. He says that one of the downsides of being a professional comic book illustrator is that he no longer views comics as leisure and whatever little downtime he has, he wouldn’t want to spend reading them or going to a comic book store. However, the plus is that it has given him the chance to rub shoulders with renowned Marvel artists and writers like Joe Quesada, John Romita Jr. and Brian Michael Bendis, thus making him feel like “the luckiest fan ever.”

After spending over a year in Southern California, Lenneth has returned home. On the differences between the cosplay scene here in Singapore and in the States, she says that materials are a lot more accessible in the States but that the practise of bringing costumes to a tailor for sewing is more commonplace here. Known for her bishōnen (“beautiful youth boy”) cosplays, Lenneth has a secret weapon – her Golden Retriever Mako, who cosplays too. “He’s really good with cameras. When I ask him to sit, he’ll just look at me,” she says. “Nothing is too challenging when you have a treat in your hand,” she adds with a laugh.

Alex Solis began his depictions of well-known comic book characters sporting rolls of fat in place of defined muscles to raise awareness about healthy eating and to amuse his young daughter. Solis weighs in on the increasing visibility of geek culture in today’s world, attributing some of that to the success of the Marvel Studios films. “I think pretty much all the Marvel movies that came out, stuff like that I feel like it touches everyone. Even now, with Guardians of the Galaxy, I see so much of that going on. Even stuff that you don’t really think about, like big world events, that touches everyone and helps people put their minds of the bad stuff that’s going on and that’s a good thing.” 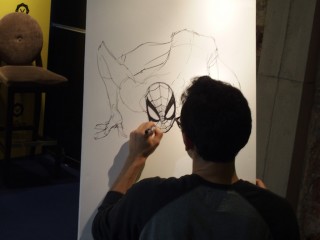 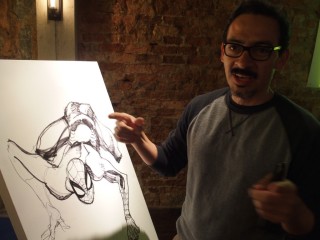 Following the press conference, the artists demonstrate their skills – Ramos does a marker drawing of Spider-Man crawling along a web, Solis draws an overweight Spidey munching on a burger and Fabris paints a sneaker. F*** asks Ramos what he thinks of the Amazing Spider-Man movies starring Andrew Garfield. He says that while he likes them, he would’ve preferred the films to hew closer to the comics, “but I know it’s not going to happen because the movie industry, they have to answer to a bigger audience who doesn’t care about the comic books. So, if I look at it that way, I’m okay with whatever they do.” He prefers the recent The Amazing Spider-Man 2 to the 2012 film and likes them both better than Spider-Man 3. Ramos concludes by saying he’s glad that more fans are coming to the comics via the movies. “People seem to realise more what I do for a living.” 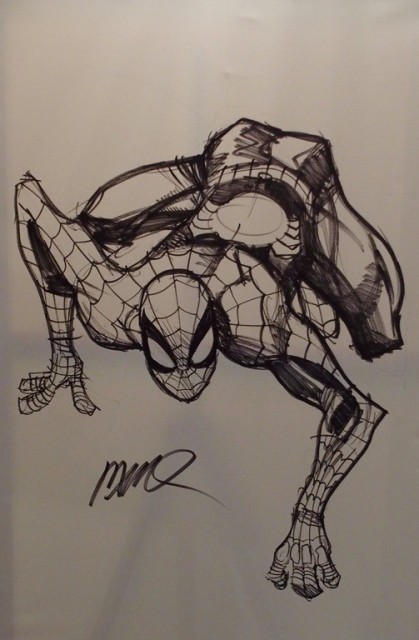 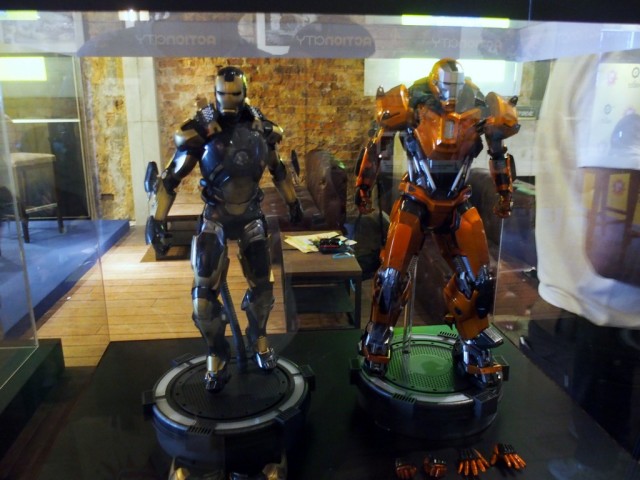 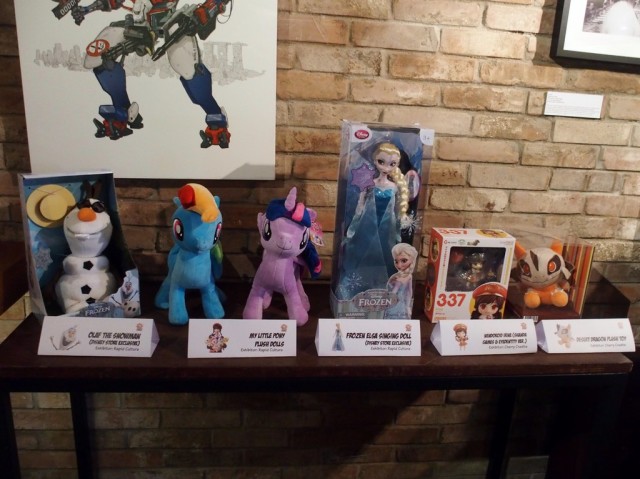 STGCC 2014 will be held at the Marina Bay Sands Convention Centre on 6-7 September. Tickets are priced at $19 for a one-day pass and $25 for a two-day pass.

– Words and photos by Jedd Jong