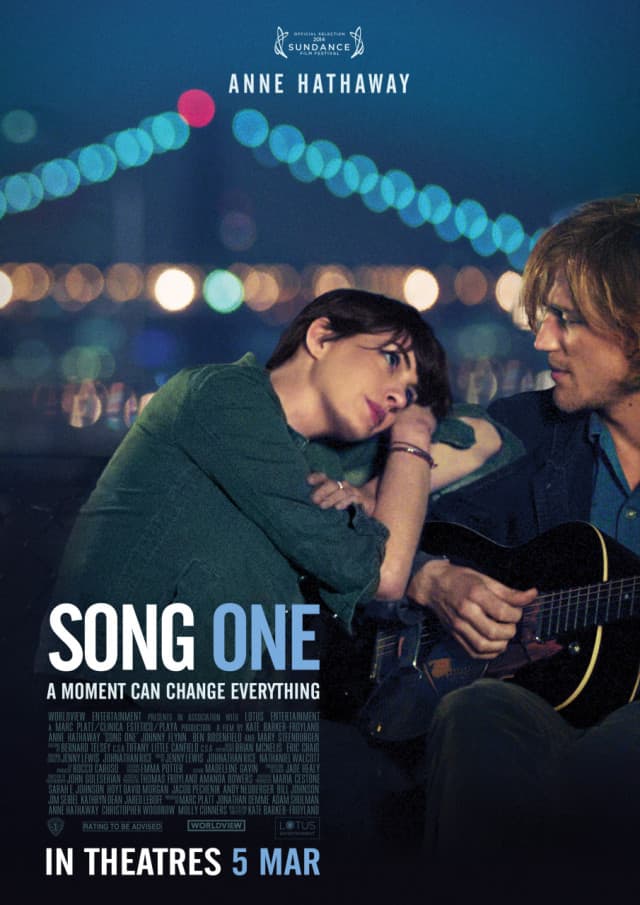 A pleasant if not especially memorable indie, Song One would have slipped completely under the radar and off the grid if not for Anne Hathaway, its star and producer. Hathaway’s name alone – not to mention her singing chops, as demonstrated to Oscar-winning effect in Les Miserables – would have brought in audiences eager to hear her sing her heart and soul out again about the horrors of life and men. Here’s the thing though: she doesn’t sing (much), though her character does experience quite a few ups and downs where the men in her life are concerned. Instead, the film uses its frequent musical interludes to sketch out a sweet if rather underwhelming story of family, loss and connection.

Franny (Hathaway) is working on her thesis in Morocco when she receives a call from her weeping mother, Karen (Steenburgen) – Henry (Rosenfield), the little brother she barely understands and had stopped speaking to after a fight, is in a coma after a car accident. Returning home to take up a vigil at Henry’s bedside, Franny tries to connect with her brother through the music and musicians he loves. As she retraces the path of her brother’s life through tiny hole-in-the-wall clubs across New York City, she meets and finds herself drawing closer to James Forrester (Flynn), Henry’s favourite indie musician.

You can’t fault writer-director Kate Barker-Froyland for ambition. She blends three storylines, each capable of carrying its own film, into Song One – there’s the heartwrenching family drama about how people must try to survive when death hovers nearby; a quirky romantic comedy about two unlikely souls finding each other; and a brooding treatise on the vagaries of the indie music industry. She mixes and mashes up the ideas and concepts reasonably well, as Henry’s coma prompts his sister to explore a world composed of song and lyric – one in which she previously had no interest.

The first half of the film is grittier and grimmer in tone, buoyed by a pair of sad, weary and very truthful performances from Hathaway and Steenburgen – mother and daughter smarting at the thought of losing Henry, while pushing each other away with all the love in their hearts. The unexpected friendship that Franny develops with James also begins in a charmingly bittersweet fashion – he turns up out of the blue to strum his guitar at Henry’s bedside, providing the soundtrack to Franny’s desperate pleas for her brother to wake up.

But Song One unravels a little as it goes on. Gritty gives way to predictable, and it’s hard to care as much when the family tragedy takes a backseat to the unfolding romance between Franny and James. This shift in focus isn’t helped by the fact that Flynn, who possesses a good singing voice, is a slightly blank presence onscreen – he’s never outright bad, but it’s hard to glean much of James’ supposedly sensitive soul from his performance, forcing his words or music to do the job. 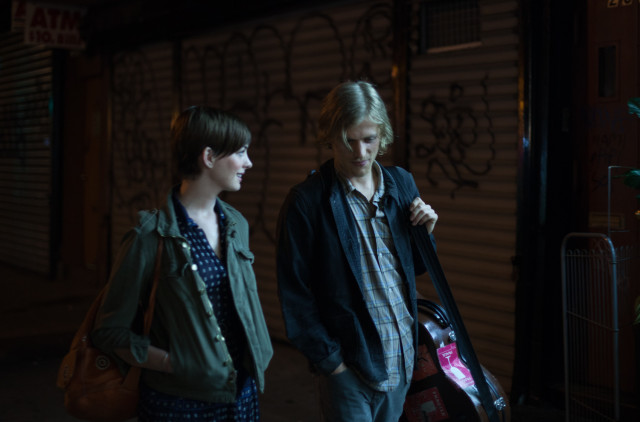 Speaking of the music: the score and original songs by indie rock duo Jenny & Johnny are amiable enough – they’ve evocative, in parts, but never so catchy as to be really memorable. The exceptions are Afraid Of Heights, a cute little improvised ditty that nicely sums up the relationship between Franny and James; Silver Song, a heartfelt number that ties itself in quite effective, heartbreaking fashion into the narrative; and Little Yellow Dress, which sports lyrics so strange that the song threatens to jolt viewers right out of the film.

Like the deeply earnest clutch of indie songs that form its soundtrack, Song One is a largely pleasant, if not entirely pleasing, experience. The film hints at depth and layers that don’t quite bear up under scrutiny. At least Barker-Froyland doesn’t descend completely into mawkish predictability in the final frames, instead bringing the film to a close on a sweetly tentative note that could hold as much grief as hope. It’s an ending (or, perhaps, a beginning) that makes the entire journey worth it – almost.

Summary: Amiable but underwhelming, hitting as many bum notes as good ones.