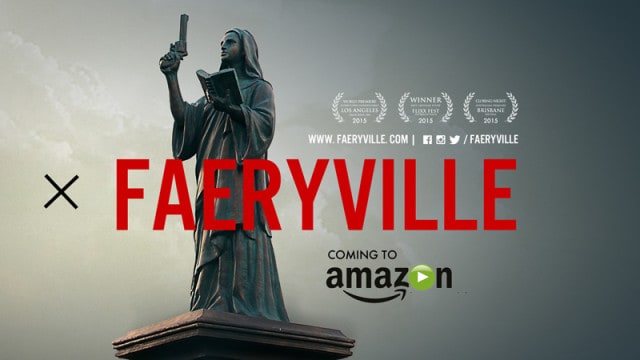 F*** Magazine supported Faeryville when it was in production, and after multiple production breakdowns and hurdles, the film was completed, making its world premiere in Los Angeles.

We were proud of the director’s refusal to compromise, tone down on his themes, and that he can complete this film on his own terms. 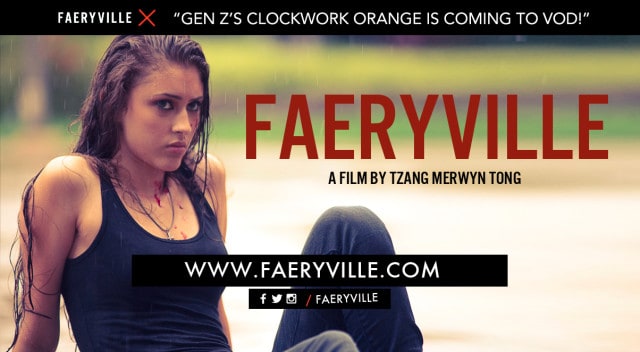 More than just a movie magazine, F*** is glad to have been part of director Tzang Merwyn Tong’s journey – building a new kind of Singapore cinema for a new generation of film lovers.

FAERYVILLE is going to get a Worldwide Release on AMAZON and other VOD platforms, together with a new Official Trailer out on April 5, 2016. One year after the Red Carpet World Premiere in Los Angeles, and a Theatrical Release in Singapore, ‘Faeryville’ finally gets an International Release. This is the first time Faeryville is available to a worldwide mainstream audience. 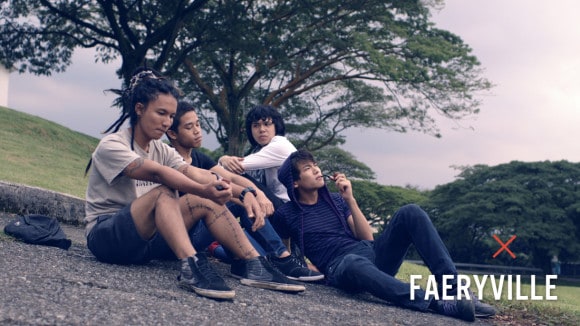 8 Years in the Making

‘Faeryville’ took 8 years to make, due to lack of funds, multiple production timelines, and the filmmaker’s refusal to compromise or tone down the film’s message on anarchy and rebellion.

‘Faeryville’ is Tzang Merwyn Tong’s debut feature film. A work Tzang considers his most ambitious to date, clocking 14 script re-writes, 3 melt downs, and 4 times the production had to stop due to shortage of funds. 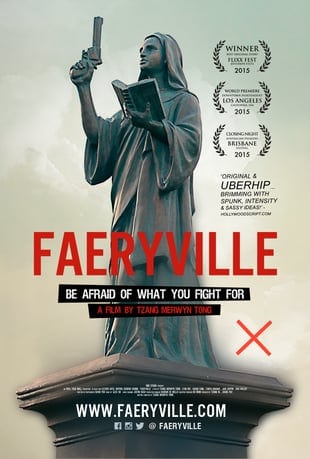 At the Red Carpet World Premiere in Los Angeles’ Downtown Independent Theatre, audiences are calling Faeryville “Gen Z’s Clockwork Orange” as well as the “Trainspotting of the Post 9-11 Generation”.

“Faeryville is a different imagination to the Singapore film, one that is reflective of the times.” Tzang explains, “I wrote Faeryville to address my own fears and concerns about what’s happening in the world today, with the youth of this generation, dealing with issues we never had to deal with. What’s it like growing up in the post 9-11 world where nothing is right or wrong anymore? Has idealism become a dangerous thing?”

Set in an Alternative Universe

Set in an alternate universe, in Faeryville College, a group of teenage misfits struggle to find themselves and their sense of purpose. They decide there’s no reason to try and fit in, no reason to be like everybody wanting to be somebody – choosing instead to be nobody. They mock the establishment by calling themselves ‘The Nobodies’ – acting as pranksters who gate-crash parties and set off fart bombs. The stakes rise, however, when transfer student Laer joins them and takes them on a warpath of self-discovery – and a road from which there is no return. Youthful idealism soon becomes an excuse for all-out anarchy. 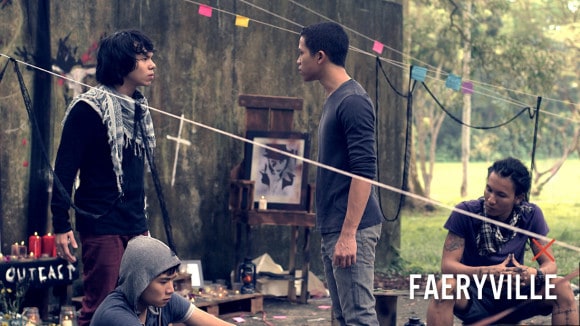 Faeryville is a dystopian teen movie, a stylish coming-of-age film about youth making sense of idealism in an increasingly-surreal world – a fictional manifestation of very real issues prevalent in our post 9-11 world.

Following the Los Angeles World Premiere, ‘Faeryville’ was allowed a limited Theatrical Release in Singapore. It enjoyed some success with a string of sold out screenings, earning rave reviews in The Straits Times, Yahoo! and F*** magazine. The film was however taken off the screens after only 8 shows.

Meanwhile, ‘Faeryville’ was selected to be the Closing Night film of the Brisbane Festival in Australia; and on that same week, Faeryville won an Award for Best Original Story at the Jefferson State FLIXX Festival in Scott Valley, USA.

‘Faeryville’ was selected as one of 10 breakthrough Singapore films, alongside 12 Storeys, Ilo Ilo, and Seven Letters at the wildly successful Cultural Bridge Festival in Kuala Lumpur, Malaysia. ‘Faeryville’ was allowed to be screened with cuts for the Malaysian festival, even though the Official Poster (featuring the Mother Saint Statue) was banned.

Faeryville will be released on AMAZON along with other VOD platforms, together with a new Official Trailer out on April 5, 2016. The film will also be available at faeryville.com/ondemand. Follow Facebook.com/faeryville for updates.