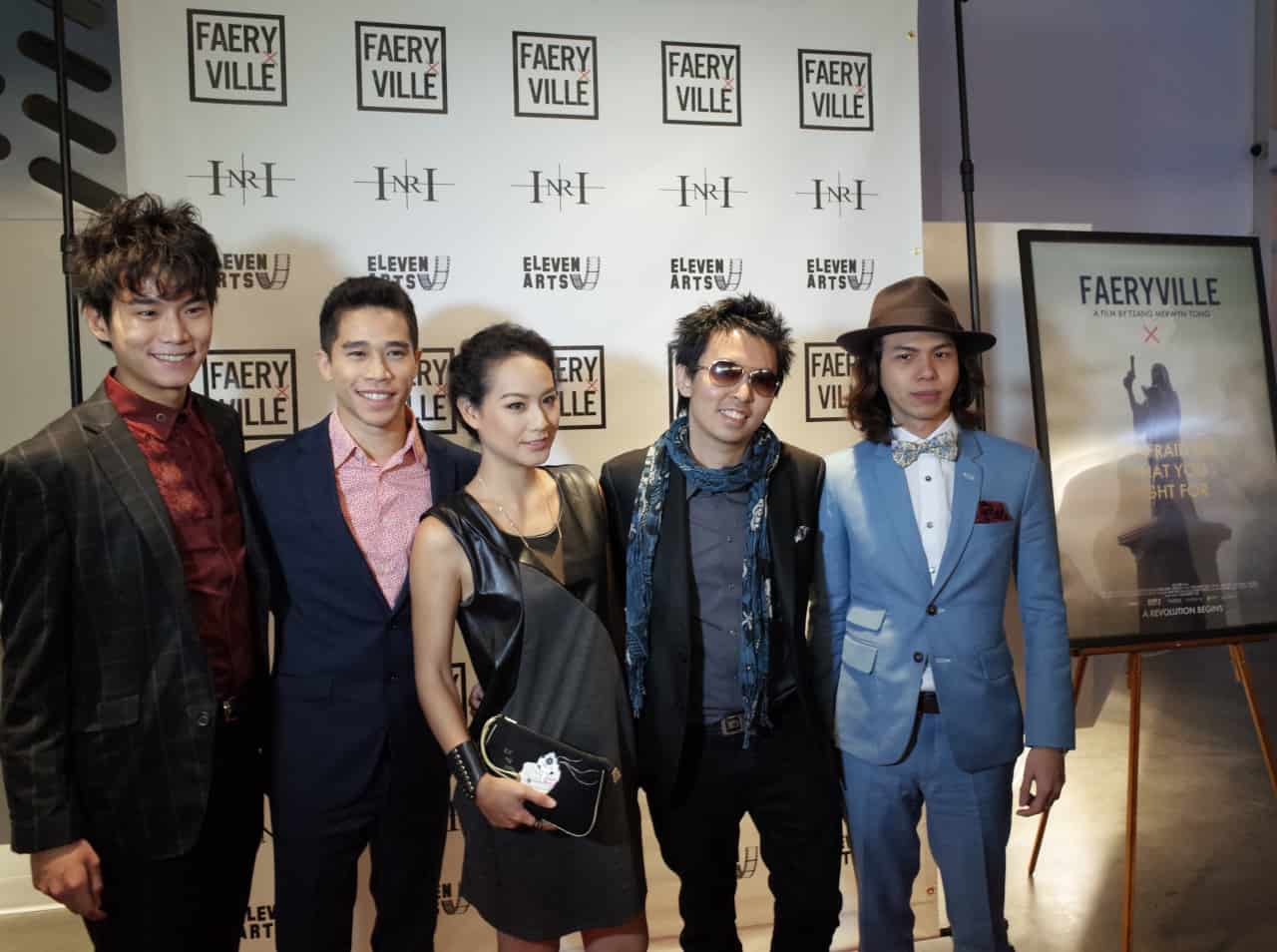 INRI Studio and Eleven Arts is proud to announce that Faeryville, the first Singapore film in Singapore’s landmark SG50 year, made its world premiere in Los Angeles, California on 14 January 2015. 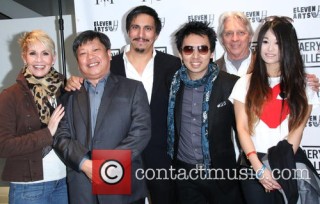 “We were absolutely thrilled and humbled by the reception to Faeryville in Los Angeles,” said Faeryville Actor Lyon Sim. “It resonated very powerfully with the audience, and brought out an emotional response that was just incredible to watch. Every person in the audience had questions to ask, and were eager to share their thoughts on the film.” 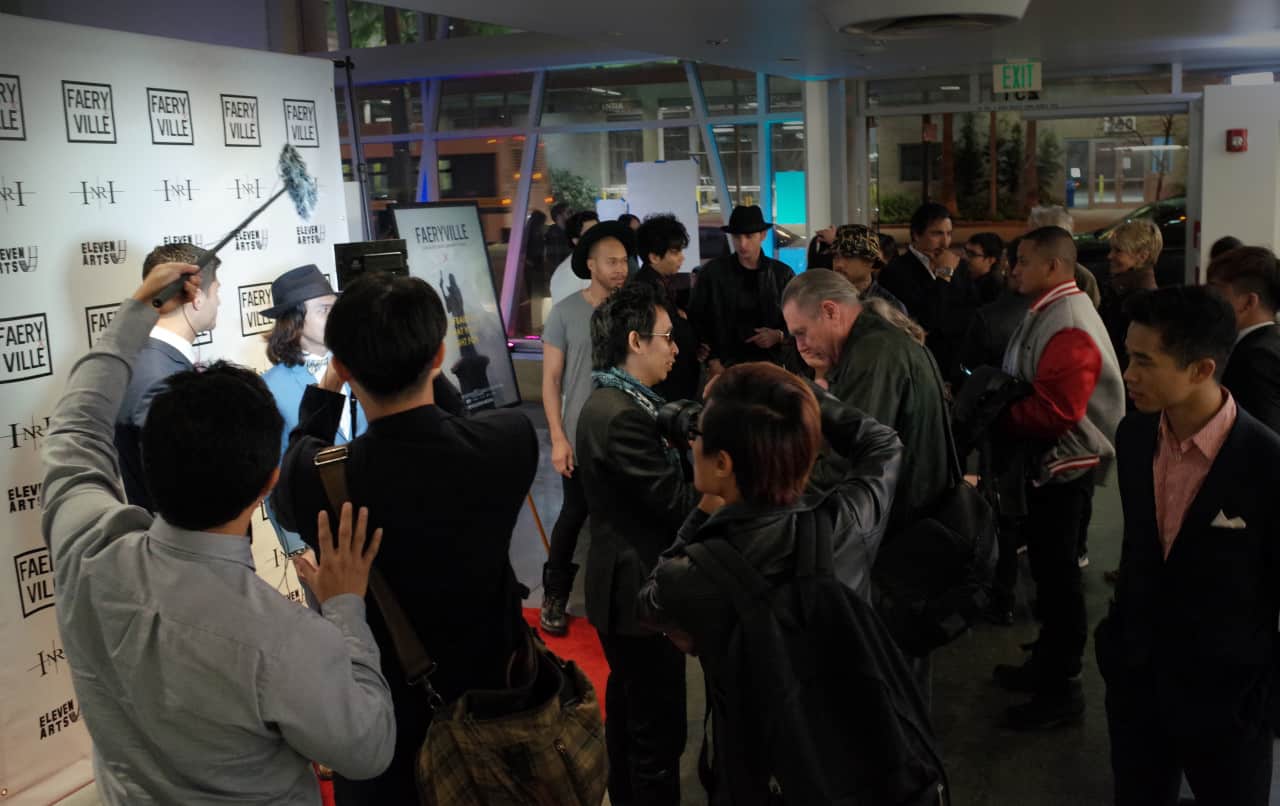 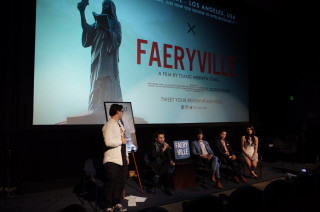 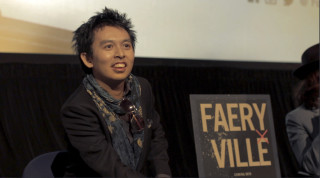 Following the screening, the cast and crew hosted a lively Q&A session, to answer a range of audience questions on Faeryville. Many in the audience expressed how the themes of bullying resonated with them, and felt the film should be shown in schools.

“I totally saw myself in this story,” said American Idol Finalist Frankee Razor, 26, who was in the audience. “Faeryville is a must-see… a visually stunning masterpiece.” 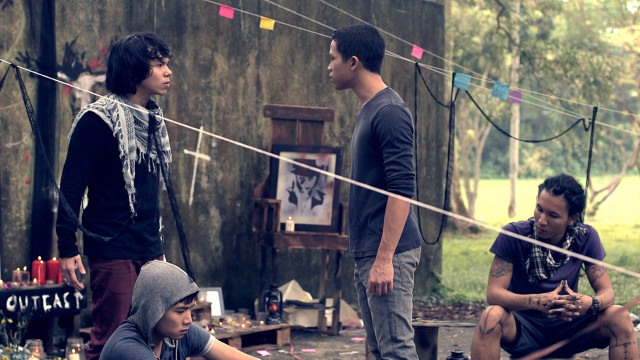 “[Faeryville] made me think how bullying is still going on today, which is really depressing and heartbreaking,” said Gavin Harris, 24. “I was abused as a child, and I could really relate to Faeryville and liked it a lot. To me, it’s a real film, and there aren’t a lot of real films out there.”

“It really encompasses a lot of problems that the youth have… with free speech, and general intolerance to people,” said audience member Scott Graham. “There are many ways to deal with it; good ways and bad ways, and I think Faeryville really encompassed all of that.” 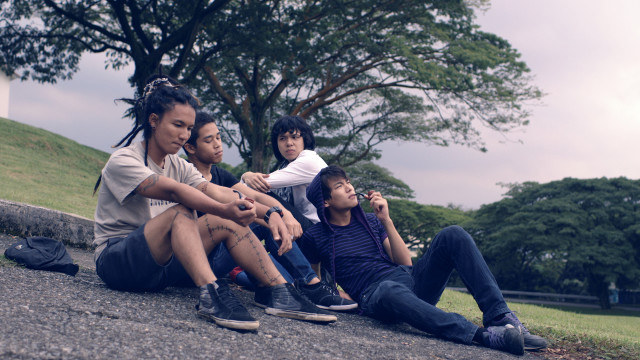 “I really respect Tzang and what he is doing with Faeryville,” said Hollywood-based, Singapore-born filmmaker Pearry Teo, who also attended the premiere. “It’s time we embraced something outside the norm… we’ve been making the same ‘Singapore film’ for ten years. It’s time we shook things up a little. For those who dream, for those who want to chase their passion, Faeryville is living proof that you can.”

‘I was surprised by the reaction from the crowd; the film resonated with both young and mature audiences,” said Ko Mori, CEO of Eleven Arts. “Eleven Arts is definitely going to explore a realease in more cities, perhaps San Francisco, Austin, Texas, Chicago and New York. We may take this to colleges and university campuses, where the bullying problem is very real.” 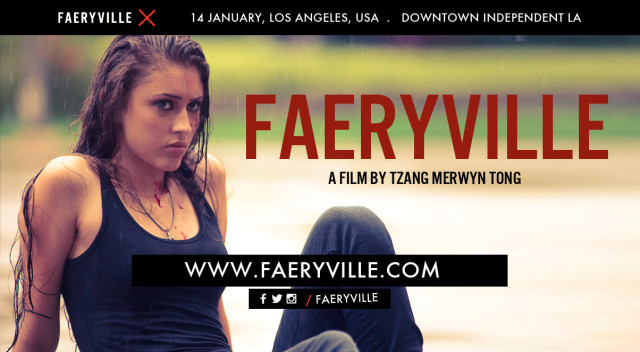 Meanwhile, Faeryville is primed for a release in its home country, as the founders of F*** magazine recently announced that they will partner INRI Studio to represent Faeryville in Singapore.

‘Faeryville is not your regular Singapore film: it’s edgy, off-the-wall, and is not afraid to explore explosive themes,” said Royston Loh, Publisher and Editor-in-Chief at Sterne & Lears Global, the publisher of F*** magazine. “It’s a challenge to introduce this type of Singapore film to local audiences, but then again, it’s SG50; the film industry has come a long way. It’s time we take a chance with a different kind of Singapore film.”

Faeryville is a coming-of-age movie about identity, truth, freedom and rebellion. A film eight years in the making, Faeryville moves beyond the themes of identity and friendship to explore the possibility that idealism can be a dangerous thing – and we should be afraid of what we fight for. 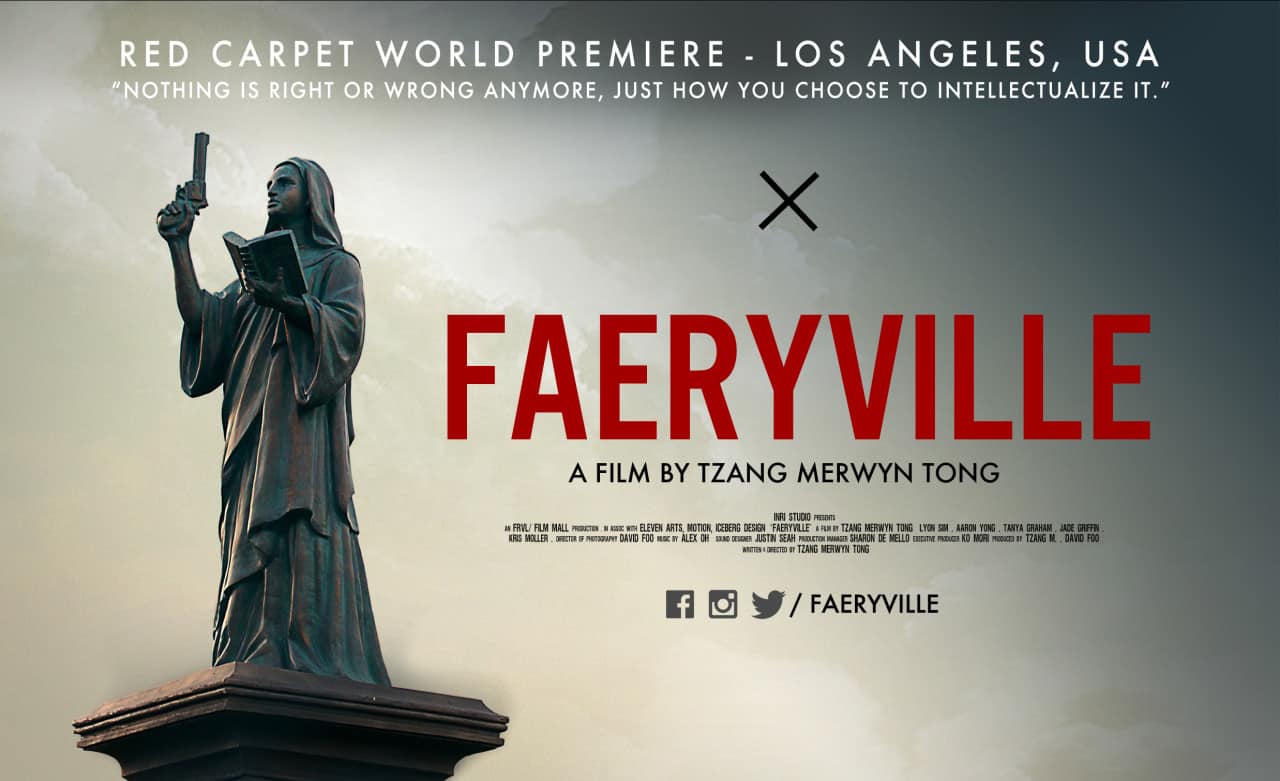 In Faeryville, a group of college misfits form a prankster clique led by the idealist Poe, in response to bullying by an oppressive fraternity group. Youthful idealism soon becomes an excuse for all-out-anarchy, when a new transfer student, Laer, joins the clique. They soon find themselves caught in a web of lies and half-truths, with terrible consequences that make them question their very identity and what they stand for.

INRI studio is an independent production house from Singapore, founded by cult director Tzang Merwyn Tong in 1999. The studio has produced three films; A Wicked Tale, e’Tzaintes and V1K1, all of which premiered to critical acclaim in the international film festival circuit. The studio’s mission is to create a platform for writers, storytellers, musicians and film-makers to come together to present alternative art forms to mainstream audiences. Their mantra – to provoke the senses and open the mind.

Eleven Arts is a film distribution company based in Los Angeles which has brought many acclaimed Japanese and Asian films – both live-action and animated features – to North American audiences.

Published by Sterne & Lears Global Pte Ltd, F*** is Singapore’s only movie magazine. The monthly magazine strives to defy traditional publishing by letting the pictures tell the story, rather than masses of text. For more information, please visit www.fmoviemag.com.