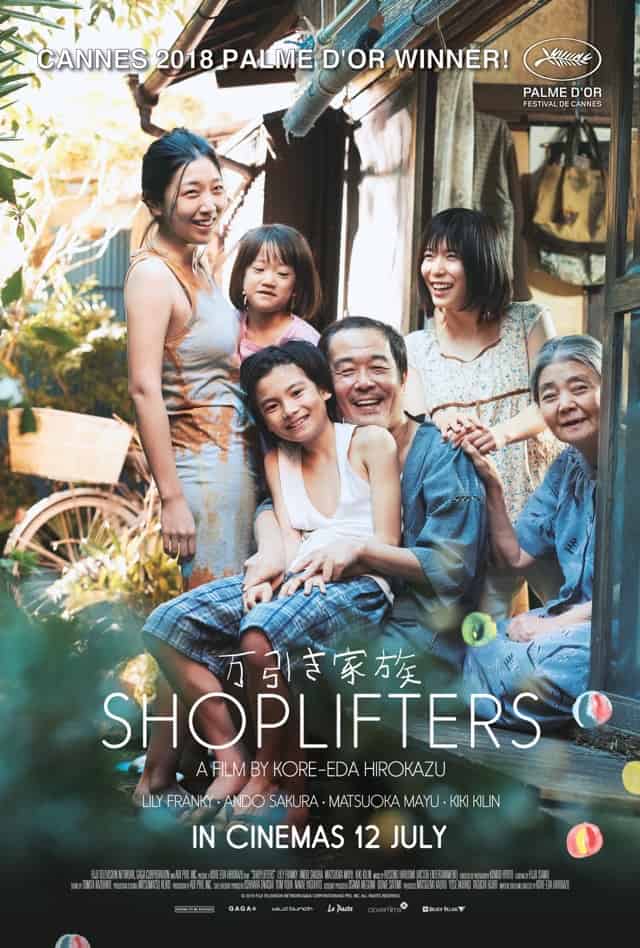 Maintaining a slow and subdued pace throughout the full 121 minutes, Shoplifters (万引き家族) sheds a warm light on some of the darkest corners of modern Japan while tackling issues such as pension fraud and children shoplifting. Based on a true story, the feature focuses on a family living off petty crimes, odd jobs, and a pension fund belonging to a long-dead man.

Starring Lily Franky and Ando Sakura as happy-go-lucky couple Osamu and Nobuyo, the main breadwinners (bread stealers) who found and adopted a young boy, Shota (Jyo Kairi) from an abandoned car on the streets. They live with Nobuyo’s elderly mother (Kiki Kilin) and her half-granddaughter, Aki (Matsuoka Mayu), who works as a call-girl behind a one-way mirror. 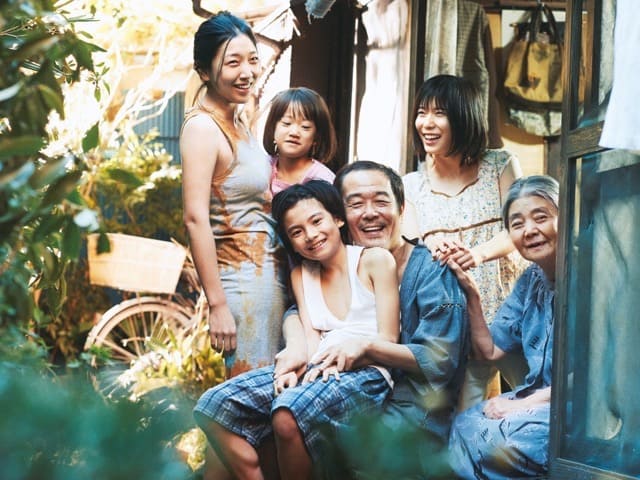 Osamu and Shota go out every day as a shoplifting duo — Shota bags groceries while Osamu watches out and distracts the shopkeepers. One day, on their way back home with the day’s bounty, they chance upon Yuri, a little girl (Sasaki Miyu) sitting alone out in the cold. Overwhelmed by pity, Osamu brings her home to feed her instant noodles and fried croquettes.

When the news report on Yuri’s disappearance, the family changes her name to Lin. Osamu brings her along with Shota for shoplifting and justify to her their actions by saying that items on the shops’ shelves don’t belong to anyone just yet.

However, when Osamu robs a random car one day, Shota starts questioning Osamu’s principles and most of all, whether Osamu found him in the first place because he was thinking of robbing the abandoned car Shota was in. That sparked a series of not just family drama, but also the most emotional parts of Shoplifting up until its conclusion.

Writer-director Koreeda Hirokazu is known for his fixation on troubled family bonds (After The Storm, Nobody Knows). In Shoplifters, he raises thought-provoking questions about morality and parenting in a surprisingly relatable fashion. 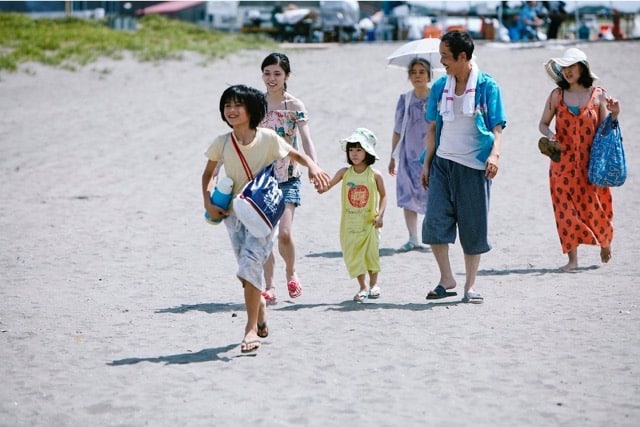 The performances here, particularly by the veterans — Franky, Ando, and Kiki — are expressive yet controlled, effectively and believably capturing the tone of the film. That said, most viewers will be annoyed at how slow and drawn-out the narrative can be, especially the middle section.

If you’re looking for an engaging drama movie with well-paced storytelling, Shoplifters is everything but that. Even then, it’s an important film that illuminates the less sunny sides of Japan for foreign viewers and the emotional catharsis can be worth sitting through the plot’s slow unraveling for.

Summary: A heartwarming yet dark family drama that raises moral and emotional questions about parenting and adoption.