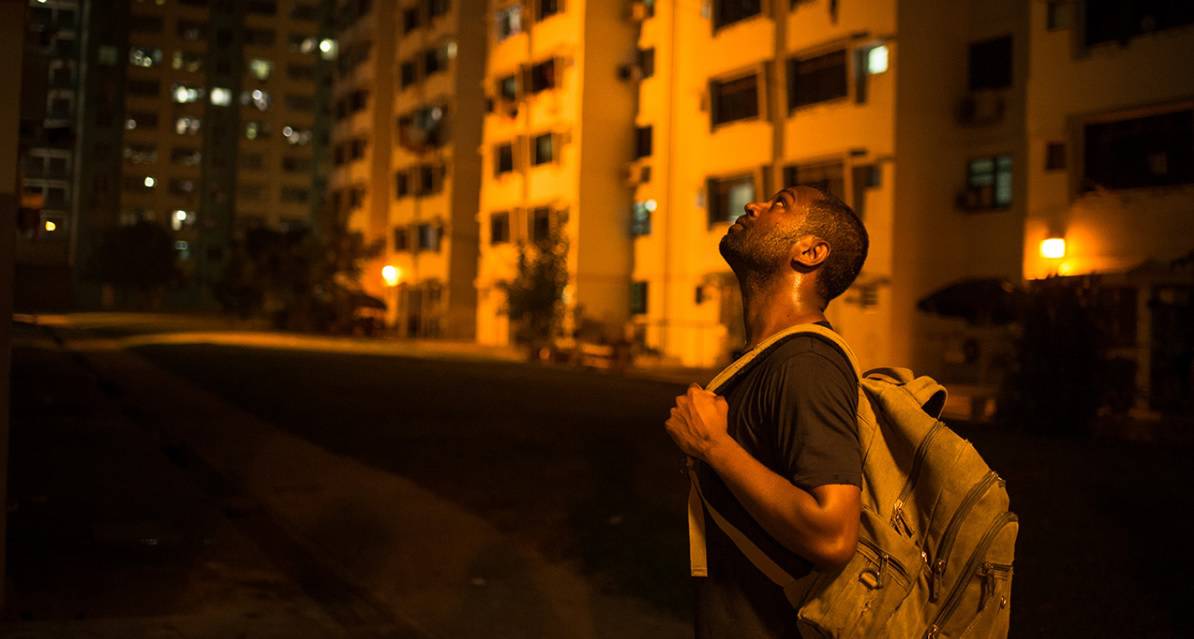 This year’s theme is “telling our stories”, and there is no shortage of stories to be told: the line-up comprises 161 feature-length and short films from 52 countries. These include 16 world premieres, 9 international premiers and 18 Asian premieres. More than 200 international guests including filmmakers, actors and film scholars are expected to attend screenings and conduct masterclasses and In Conversation panels.

Mike Wiluan is in his third year as the chairman of the SGIFF board. He stated that the festival’s organisers are “learning and constantly evolving”, promising a “diversity of programming.” The festival will have an emphasis on South-East Asia, which Wiluan called “an emerging region” in the global film landscape.

Angeline Poh, the Assistant Chief Executive (Content and Innovation Group) of the Info-communications Media Development Authority of Singapore (IMDA), then took the podium. SGIFF is an event under the umbrella of the Singapore Media Festival, which also encompasses the Asian Television Forum (ATF) and the Screen Singapore film market event. Poh called 2016 “an outstanding year for Asian cinema”, citing the Singaporean films Apprentice and A Yellow Bird, which were both screened in competition at Cannes. 2016 will see the first edition of the SMF Ignite event, training the spotlight on new media content creation.

Yuni Hadi, the executive director of the organising committee, and programme director Zhang Wenjie were invited onstage to give an overview of what we can expect from this year’s instalment of the festival. Both looked a little bleary-eyed, with Hadi described the preceding months as “a crazy whirlwind of watching films”. The committee whittled down a staggering 1600 entries from filmmakers around the world to the 161 that will be screened.

Hadi said that assembling a film festival is “very much like making a soufflé. You start out with very simple ingredients, and it takes some magic to make it happen.” This year’s opening film is Interchange, an urban fantasy neo-noir directed by Malaysian filmmaker Dain Iskandar Said. The film will have its Asian premiere in Singapore. Hadi explained that she was hoping to screen Interchange at last year’s festival, but extensive visual effects work delayed the movie’s release. Interchange will be screened together with The Pursuit of a Happy Life, a short film from Singaporean director Gladys Ng. After winning the Best Singapore Short Film award at last year’s SGIFF, Ng was commissioned to make a short film for this year’s edition of the festival.

Mrs K, Three Sassy Sisters and The Road to Mandalay will be given special presentations. Malaysian director Ho Yuhang’s Mrs K is an action thriller with spaghetti western elements, starring Hong Kong acress Kara Wai in the titular role. Three Sassy Sisters is a musical comedy from Indonesian director Nia Dinata, and is inspired by the classic 1956 Usmar Ismail film Tiga Dara. The Road to Mandalay, from Burmese director Midi Z, is a drama centring on two Burmese migrants who cross the border into Thailand illegally. The filmmakers and select cast members from each film will attend the respective screenings.

Hadi and Zhang’s presentation was punctuated with video messages from Chapman To, Simon Yam and Joseph Gordon-Levitt. The Mobfathers, a Hong Kong crime comedy starring and produced by To, will be screened at the festival. Two of Yam’s films, Mrs K and The Midnight After, are part of the line-up. Hadi remarked that Yam – who is having the Cinema Legend Award conferred on him – is in the middle of filming a new movie, and he will only be spending a day in Singapore. Gordon-Levitt explained in the video that he will not be attending, but said “I would love to come to Singapore and one day, I really, really will want to.” Jared Geller, who co-founded the creative collective HitRecord with Gordon-Levitt, will be speaking at the Future of Cinema talk, addressing the shifting landscape of filmmaking, distribution and consumption. HitRecord apparently receives the most project submissions from Singapore, out of all the countries in Asia.

Zhang said that programs focusing on Nepalese short films, Estonian animation and Latin-American cinema “allow us the opportunity to go deeper into certain areas of cinema we don’t see very often”. This year, the SG Originals series of talks will be introduced, with local filmmakers such as Jack Neo, Boo Junfeng and Ken Kwek among the speakers. There will also be a talk on the exploration of virtual reality in the making of short films.

The intensive workshop known as the Southeast Asian Film Lab, conducted with the support of the National Youth Council and the Singapore-ASEA Youth Fund, will be headed by India’s Anurag Kashyap, with Thailand’s Anocha Suwichakornpong and Malaysia’s Bernard Chauly serving as mentors. The Youth Jury & Critics Programme is a workshop series which aims to nurture young film jurors and film critics. Victor Fan, senior lecturer at the Department of Film Studies in King’s College London, will serve as the programme’s mentor.

Director Darren Aronofsky, known for Requiem for a Dream, Black Swan and Noah, will hold an In Conversation talk and will also conduct an audience Q and A following a screening of his first film, the experimental indie and festival darling Pi. Vietnam’s Tran Anh Hung, Japan’s Naomi Kawase, Hong Kong’s Herman Yau and Fruit Chan and India’s Anurag Kashyap will be conducting masterclasses during the festival.

“Heavyweights of Asian cinema anchor the festival, but at the same time there is room for us to manoeuvre and discover those who are new to the industry,” Hadi explained. On a personal note, she said she is “excited that we are presenting films by strong women directors”. Hadi and Zhang emphasised the collaborative nature of the festival, saying that SGIFF is “something we do together.”