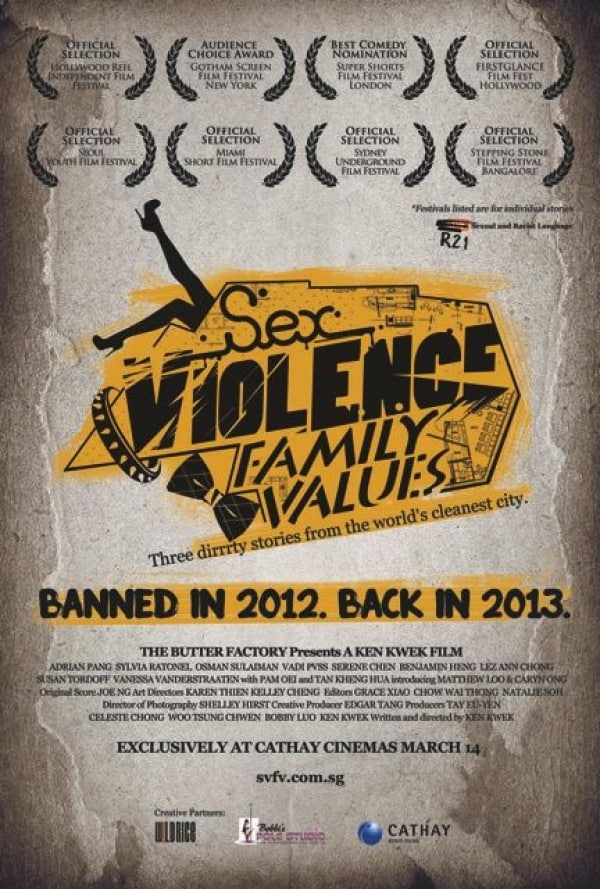 AWARD-WINNING FILM SEX.VIOLENCE.FAMILYVALUES
TO BE SHOWN IN CATHAY CINEMAS FROM 14 MARCH 2013
Film has also been selected for the upcoming Asean International FilmFestival

The Butter Factory is proud to announce that its previously banned film, directed, written & co-produced by Ken Kwek, Sex.Violence.FamilyValues will get its long awaited Singapore theatrical release by Cathay cinemas on 14 March 2013.

With the help of top Indian classical musician M.S Maniam, 8 seconds of the filmÊ