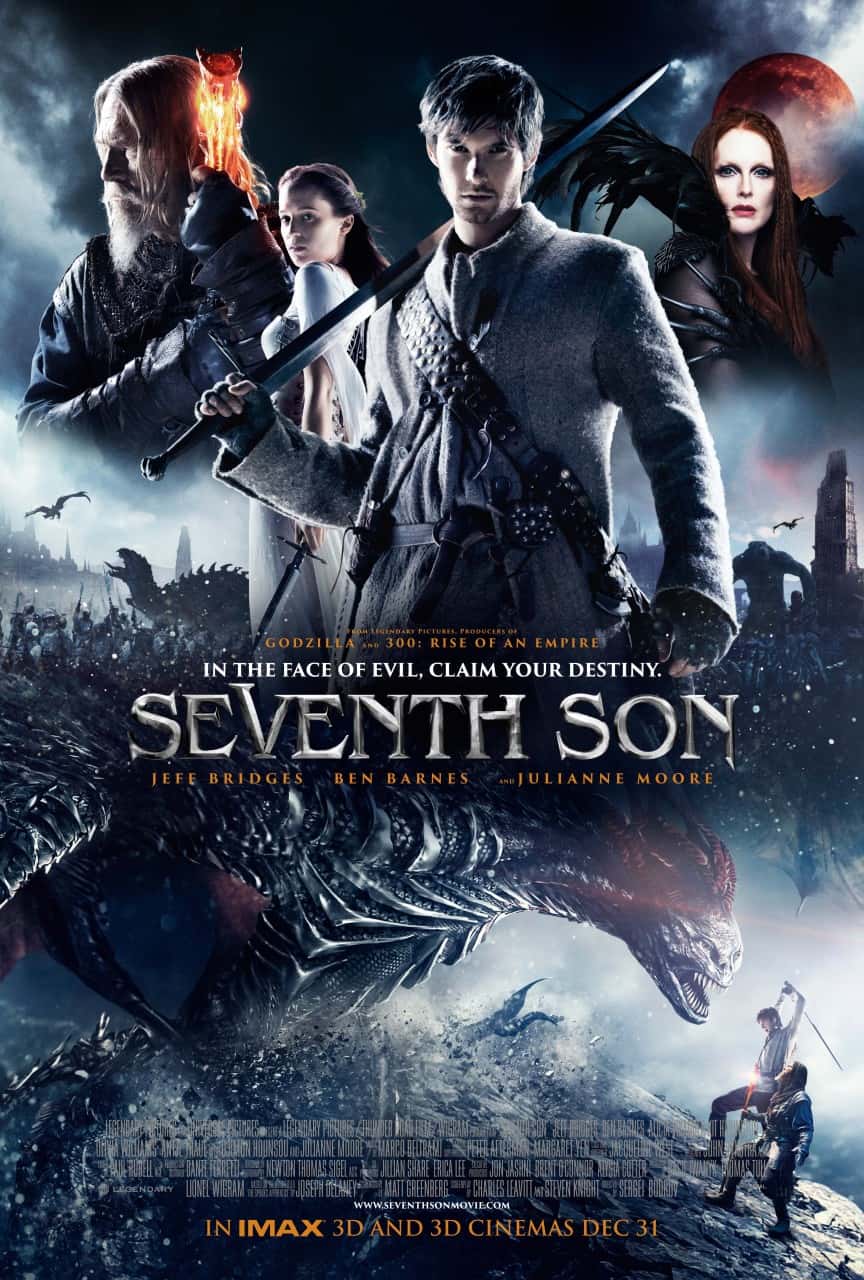 Sword and sorcery, dragons and shape-shifting mages, a young apprentice destined for greatness studying under the wizened master – it never gets old – until it does. John Gregory (Bridges), a.k.a. The Spook, is the last of the ancient order of Falcon Knights. When his nemesis, the treacherous and powerful witch queen Mother Malkin (Moore) resurfaces, Gregory goes in search of an apprentice. Tom Ward (Barnes), supposedly possessing magical powers as he is the seventh son of a seventh son, is chosen by Gregory. Tom becomes besotted with the beautiful Alice (Vikander), who happens to be the niece of Mother Malkin, complicating things. Gregory and his pupil must defeat the cabal of supernaturally-gifted assassins sent after them by Mother Malkin to eventually storm her stronghold of Pendle Mountain and cease her imminent reign of terror. 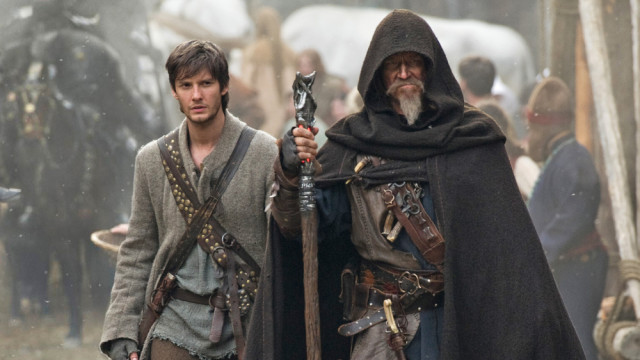 Adapted from John Delaney’s novel The Spook’s Apprentice, the first in his Wardstone Chronicles series, Seventh Son has had its release date pushed back several times after being originally set to open in February 2013. This is rarely a good omen and the result is a film that is profoundly middle-of-the-road. It’s not a flat-out train wreck, but there’s every chance it would’ve been more entertaining if it actually were one. “Remember, all you need is inside you. Just don’t be afraid to look,” Tom’s mother tells him with all the sincerity actress Olivia Williams can muster. It’s as “seen it a million times” as it gets. 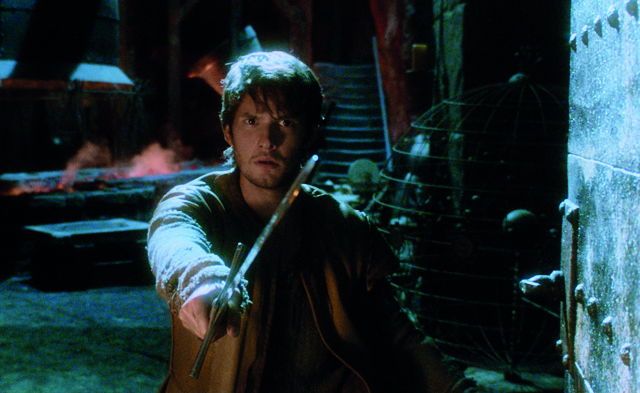 Past the story, the film offers precious little in the way of genuine visual spectacle. Sure, the requisite battles with otherworldly creatures, chases through forests and leaps off sheer cliff-faces are all in place and there are even several effective, entertaining 3D effects, but it all just feels so perfunctory. By now, you’re probably tired of hearing critics and fanboys alike knocking computer-generated imagery, so allow us to say that we do acknowledge the effort that goes into creating the many CGI sequences in movies like Seventh Son. Industry giant John Dykstra is the visual effects designer here and Rhythm and Hues, the effects house behind Life of Pi, did most of the animation. However, it is clear that director Sergei Bodrov is desperately trying to recapture the magic of the fantastical stop-motion animated monsters created by Ray Harryhausen in the fantasy flicks of yore. Though considered quaint and dated by now, they possessed a real soul-stirring charm that masses of pixels just do not have.

Jeff Bridges is the surly old master whose glory days are behind him. Naturally, the character is at its most entertaining when glimmers of the Dude surface (such as when Gregory takes swigs from his trusty flask), but for most of the film Gregory is stern and grim. Ben Barnes, who has experience with fantasy flicks from playing Prince Caspian in the second and third Narnia movies, is handsome and bland like so many leading men are these days. Tom knows he is destined for greater things and doesn’t want to be stuck on a farm feeding pigs for the rest of his life. It’s so familiar that one almost expects him to break out in song, arms outstretched, declaring “I want adventure in the great wide somewhere!” 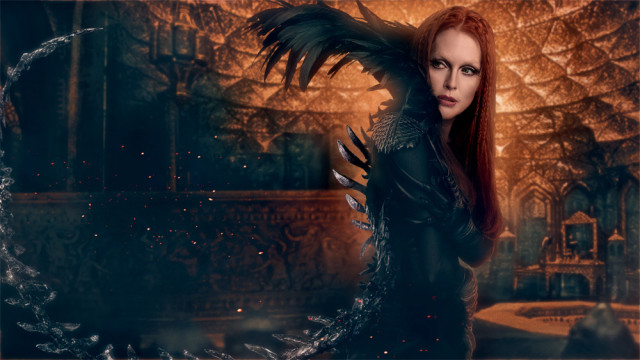 Julianne Moore, currently receiving Oscar buzz for Still Alice, is evidently not above revelling in the other end of the spectrum, chewing the scenery with expected relish while her retractable CGI tail swishes for all it’s worth. The thing is though, there appears to be only one way to play a witch in these fantasy action flicks and a long line of actresses including Susan Sarandon, Meryl Streep, Angelina Jolie, Charlize Theron, Michelle Pfeiffer and Famke Janssen have delivered just about the same performance in movies past. Antje Traue, who memorably went toe-to-toe with Superman in Man of Steel, has little to do here as Mother Malkin’s sister Bony Lizzie, her major action scene involving the shape-shifted dragon version of her instead. Alicia Vikander and Ben Barnes seem to share little chemistry, with the “forbidden romance” coming off as little more than tacked-on. 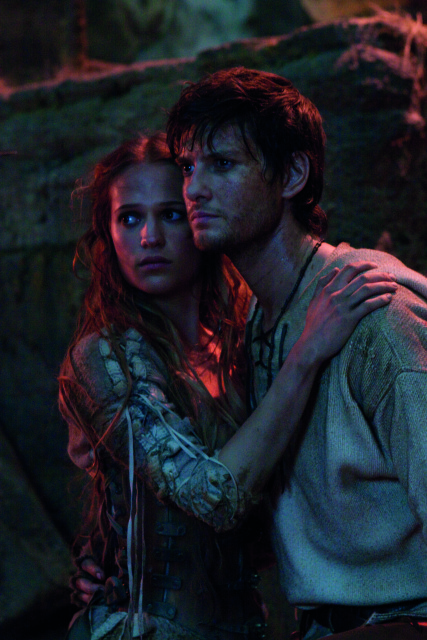 Perfectly content with being nothing special, Seventh Son will likely hold special resonance if you’re a kid who’s never seen a fantasy film before (and who isn’t attached to the book series). For everyone else however, it will hardly register, drifting away in a cloud of its own mediocrity.

Summary: Late on the Harry Potter/Lord of the Rings bandwagon by over a decade, even the likes of Jeff Bridges and Julianne Moore can’t make this also-rans fantasy flick worthwhile.