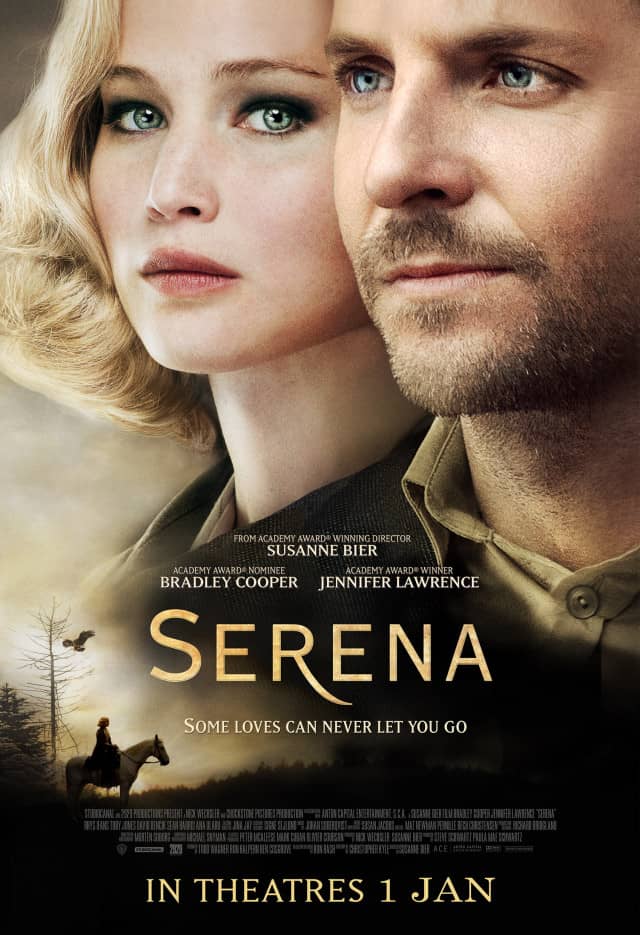 As a movie, Serena had a lot going for it. It marks the reunion of Jennifer Lawrence and Bradley Cooper as an onscreen couple, their talents and chemistry now turned towards drama rather than the comedy that brought them both plenty of critical acclaim. (See: Silver Linings Playbook.) The film is also directed by Susanne Bier, an Oscar-winning Danish director known for her tender, thoughtful treatment of domestic tragedy. In theory, the final product should soar. Instead, it sinks, drowning in a strange melancholy that does neither its characters nor its audience any favours. 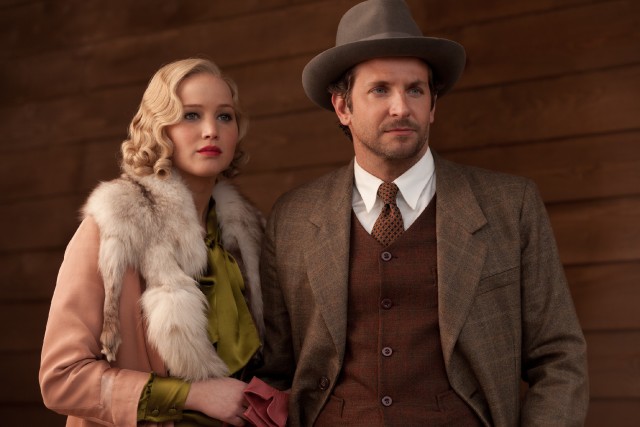 In Depression-era North Carolina, George Pemberton (Cooper) struggles to keep his fledgling timber business afloat. His efforts are complicated by the arrival of his new wife, Serena (Lawrence). Smart, tough and resourceful, Serena refuses to give in to the casual discrimination of the many male workers in her husband’s employ. Soon, she’s alienated Buchanan (David Dencik), George’s erstwhile right-hand man, and intrigued Galloway (Ifans), a local woodsman inclined towards the superstitious. Serena swears to George that his previous romantic dalliances mean nothing to her, but things take a turn for the dark and bitter when she starts to doubt her ability to bear her husband an heir.

For the most part, Serena is undone by its bland script by Christopher Kyle. The budding romance between George and Serena unfolds via shorthand: they meet and flirt on horseback and, suddenly, they’re married. Thereafter, it becomes a little easier to see why George is enamoured of Serena – she stands tall in an unfriendly environment, and refuses to back down in the face of tradition and bias. But it’s harder to see why Serena cares for George. Instead of taking the time to colour a little depth and complexity into their relationship, Kyle trades genuine, heartfelt conversation for frequent scenes of steamy sex.

It doesn’t help, either, that the film hasn’t really lavished enough time on turning its leads into credible characters before it veers into darker, more inexplicable territory. Serena morphs from feminist to femme fatale in a poor echo of what happens in Ron Rash’s bestselling 2008 novel. In both instances, Serena’s sanity is called into question when tragedy strikes. But, in the film, she comes off weaker – her actions and agency lost in her desperation to be the only mother to George’s children. George fares little better, as he’s betrayed by his friends, his wife and himself in equal measure.

Lawrence and Cooper are the main reasons many people will be watching the film – and they’re the main reasons why it works at all. They play what little they’re given very well, selling the marriage between George and Serena for everything they’re worth. Lawrence looks great with her eternally perfectly-curled hair – highly unrealistic in the backwoods of North Carolina – but, more importantly, makes Serena live and breathe through the disappointing path her character takes in the final act of the film. Cooper provides able support, though he’s somewhat hamstrung by a role that remains obstinately opaque despite his best efforts.

When it comes down to it, there’s something missing in the grey, grim picture Bier paints of this heated but doomed romance. More intriguing is the thought of what could have been. If the script had been tighter and more faithful to Rash’s novel, would the movie and its heroine have come off better? What would the final product be like if original director Darren Aronofsky and star Angelina Jolie had stayed with the project? Alas, we will never know. Instead, we’ll have to content ourselves with a film that contains all the right ingredients for a hit, but doesn’t manage to cook up something truly special.

Summary: A promising combination of cast and director, undone by a bland script that seems to care little for its characters.