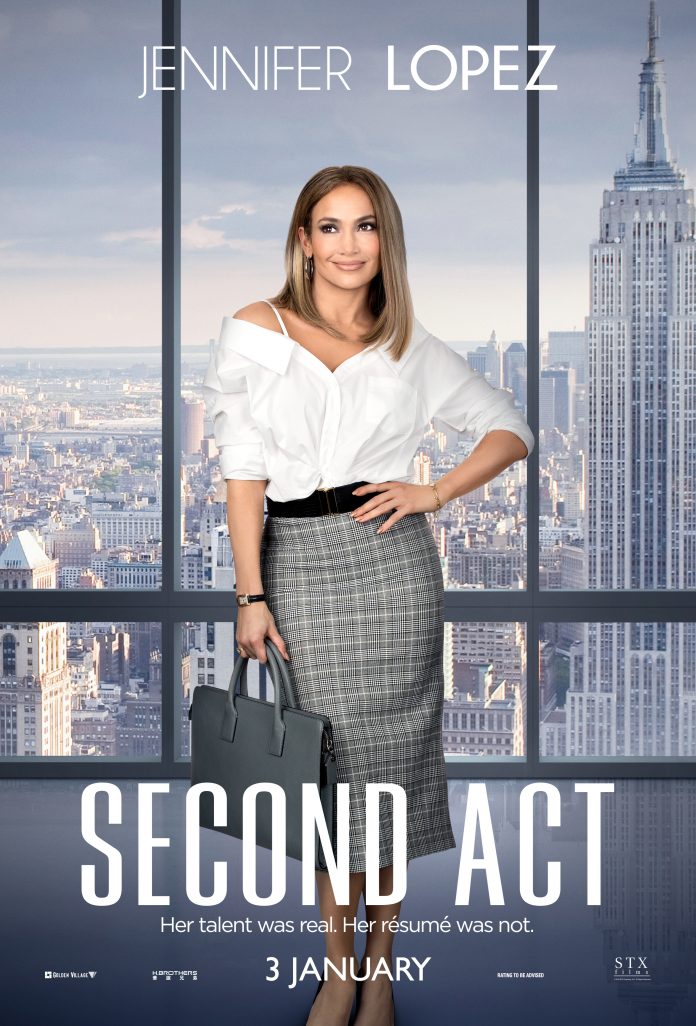 The Low-Down: Pop diva Jennifer Lopez plays Maya, a 40-year-old assistant sales manager of a Value Dollar shop, as she tries to prove that one doesn’t need a colourful educational background to be competent. Second Act is a rom-com that only delivers decently in the com department but falls short in rom and everything else.

The Low-Down: Maya spent 15 years at a Value Dollar shop improving sales and spearheading initiatives only to have her promotion taken away by an inexperienced and dense bookworm. When Maya lands a job after posting a fake resume at a beauty product giant F&C, she’s faced with a daunting challenge and dilemma of coming clean.

The Good: The comedy aspects are nailed quite well, particularly Lopez, Remini, and Charlyne Yi & Alan Aisenberg who play the outcast sidekicks to Lopez’s Maya. Also, her fellow members of Monday Momz (Lacretta, Dierdre Friel alongside Remini) spice up the atmosphere every time they come on. Hudgens is brilliant and stunning as Zoe, a young and capable daughter and head of skincare in F&C too.

The Not-So-Good: Second Act’s rom-com game is scant at best and non-existent at worst — it’s more of Lopez’s Maya trying to prove her worth at a P&G-esque conglomerate while making sure no one calls her bluff. Ventimiglia’s Trey doesn’t even show up enough for you to believe Maya loves Trey as much as the film wants you to believe. That and the badly executed (and painfully obvious) reveals and questionable decisions major characters make.

Knock-Out Performances: Most cast members have paper thin roles to the story’s detriment. That said, almost everyone makes the best of the amount of screentime and character development they get. Lopez and Hudgens are the clear highlights here — watching them face off in ridiculous yet entertaining scenes is a blast. The two female actresses put in so much emotion and flair to their characters that it’s a pity the movie isn’t that good.

Watch Out For: Funny moments and the beauty product formulating battle between Maya and Zoe’s teams, but that’s pretty much it.

Recommended? No, especially if you want a proper rom-com to enjoy with a significant other. Watching Lopez and Hudgens in the same film and interacting with one another quite a bit can be enjoyable, but you must forgive the film for not saying much.