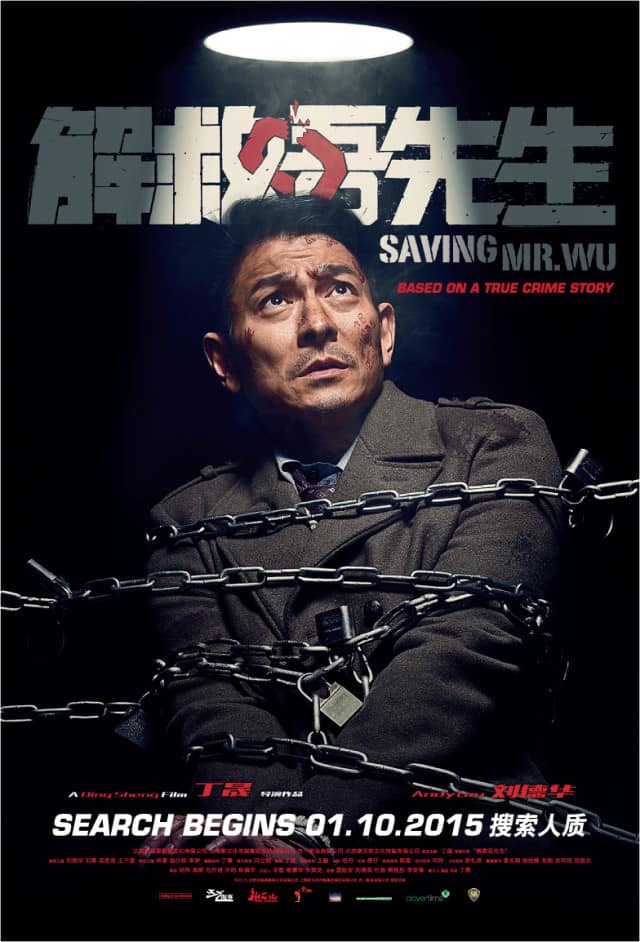 The cops-and-crooks routine never grows old in the business of movie-making. Just ask Andy Lau how many times he’s had to play a cop in his career. Or a gangster. Or both at the same time. The tide of goodwill generated in the wake of the immensely successful Infernal Affairs trilogy has been exploited so many times in subsequent years that anything not meeting the calibre of that trilogy or, say, Cold War (which Lau was also in) immediately comes across as tired and hackneyed. Thankfully, Lau’s latest crime thriller Saving Mr. Wu slots in quite a fair bit above the average mediocre trash in spite of some sketchy characterisation. And yep, Lau does not play a cop. Or a gangster. Or both at the same time. 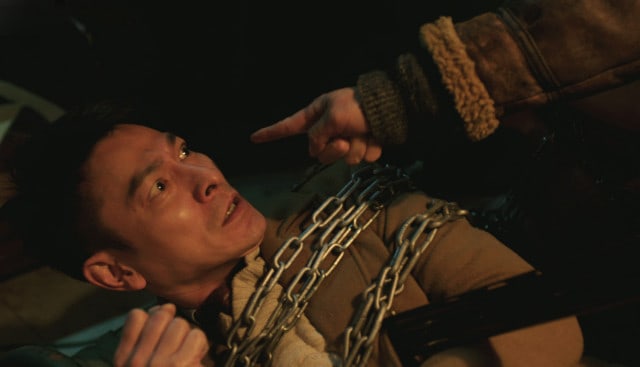 Instead, Lau plays movie star Mr. Wu in a case of art imitating life. Mr. Wu, whose full name is never revealed, is on a trip to Beijing for some contract negotiations when he becomes the unwitting target of a kidnapping gang that targets owners of expensive cars. What follows is twenty hours of hell as Mr. Wu struggles to simultaneously pacify his kidnappers, throw hints to the police and keep himself alive. Leading the boys in blue attempting to safely rescue Mr. Wu are captain Cao Gang (Wu Ruofu) and vice-captain Xing Feng (Liu Ye), but standing in their way are the psychopathic Zhang Hua (Wang Qianyuan) and his gang of lowlifes, who are as vicious as they are unpredictable. All signs point to an epic smack down between the two sides, but whether Mr. Wu will emerge unscathed from the ensuing fracas is another matter entirely.

Saving Mr. Wu is based on a real-life kidnapping case in 2004 involving cast member Wu Ruofu (a mainstay of Mainland Chinese films and television serials, but relatively unknown overseas). Seeing as how he’s alive and well, most people will probably be able to guess how the film ends, especially since it retains much of the context surrounding Wu’s actual kidnapping. This isn’t just a slavish adherence to facts on the movie’s part, however, as some features of the case are quite sensational and genuinely make for compelling drama onscreen. The cat-and-mouse game between the police and the kidnappers is sufficiently gripping as a result, and some of the less believable plot points acquire a degree of realism when one realises that the real-life kidnapper really did walk around with a grenade in his pocket, for instance.

On the other hand, the personalities of the characters in the film are pure fiction, which is actually a good thing for the audience. Without the constraint of having to base his character on the real Wu Ruofu, Lau is free to interpret his role as he pleases. The heroic stoicism and gutsy levelheadedness that Mr. Wu displays under extreme stress and trauma can come across as a bit much to swallow, but Lau’s performance is nuanced and layered enough to ground the character in the reality of his predicament. Consequently, the relationship that Mr. Wu builds with fellow abductee Xiao Dou (Cai Li) is that of a mentor or older, more experienced relative rather than an avenging saviour.

Another standout is Wang Qianyuan as Zhang Hua, the ringleader of the kidnappers. Wang chillingly brings Zhang Hua’s anarchic and amoral tendencies to life, yet is able to evoke sympathy from audiences in the character’s rare moments of weakness. The utter disregard for any silly code of honour which Zhang harbours is also a refreshing change from the posturing of triad gangsters in run-of-the-mill Hong Kong crime flicks. This is a man who regrets not killing his mother with his own hands in order to spare her from the inevitable day his misdemeanours catch up with him. The utilization of a villain with no moral scruples, but who still feels emotions like any other human, is perhaps Saving Mr. Wu’s greatest achievement. 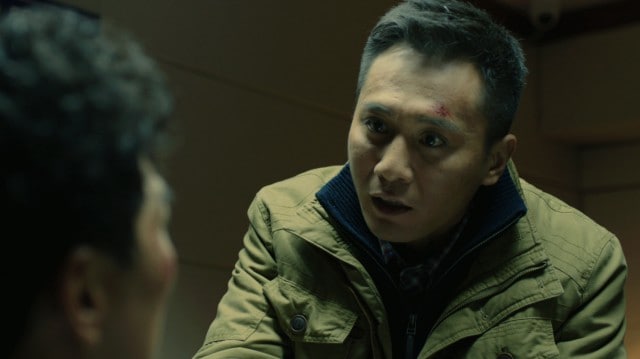 In between these two juggernauts, the other characters, including Liu Ye’s Xing Feng and (ironically) Wu Ruofu’s Cao Gang, come across as functional at best. In spite of this, Saving Mr. Wu is still a rousing affair held together by both Wu’s real-life experience and the powerful performances of Lau and Wang. The sly references to Lau’s own showbiz career are just the icing on the cake.

Summary: With a solid cast and premise, Saving Mr. Wu is unlikely to require much resuscitation at the box office.