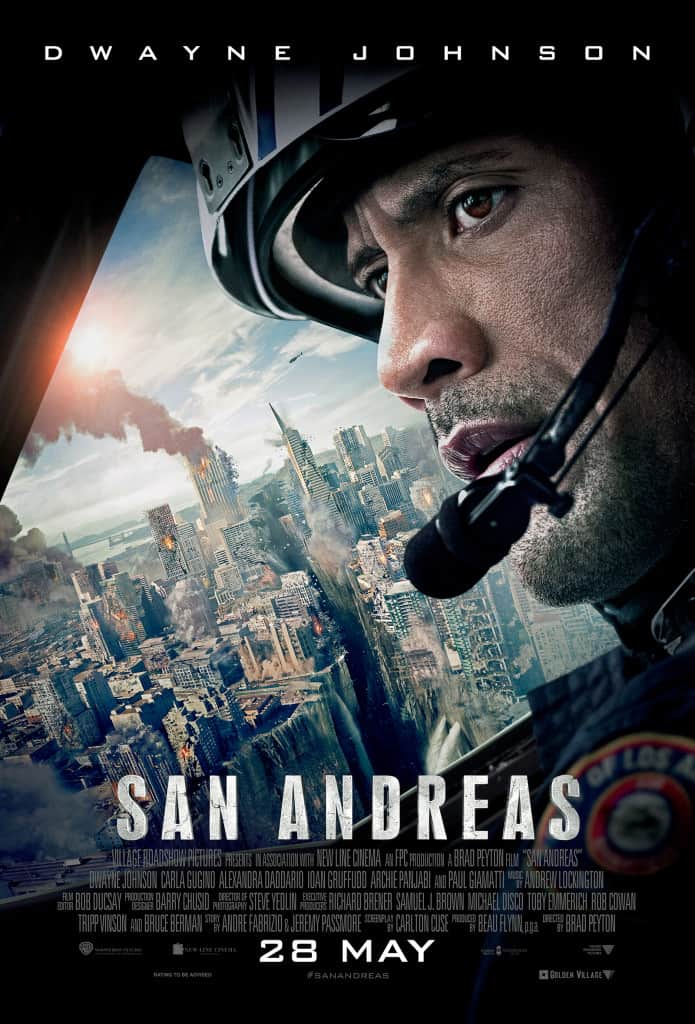 “We all have our little faults,” Lex Luthor told Superman in the 1978 film. “Mine’s in California.” In this disaster thriller, that “little fault” leads to big problems as the entire US west coast is crippled by a devastating earthquake of unprecedented magnitude. Los Angeles Fire Department rescue pilot Ray Gaines (Johnson) has to save his estranged wife Emma (Gugino), and the couple have to put aside their differences in order to reach their daughter Blake (Daddario). Blake is trapped in San Francisco alongside Ben (Johnstone-Burt) and his kid brother Ollie (Parkinson), just as Ben is interviewing for a position at the office of superstar architect Daniel Riddick (Gruffudd), Emma’s new boyfriend. Meanwhile, CalTech seismology professor Lawrence Hayes (Giamatti) has been working on a system to predict earthquakes and is determined to get the word out so as many lives can be saved before the destruction escalates. 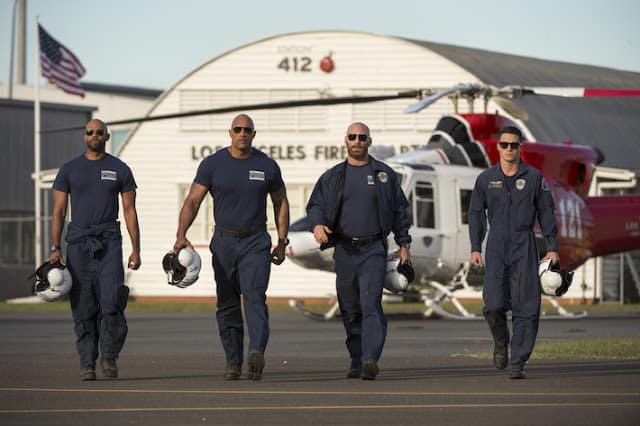 Let’s address the elephant in the room: Nepal has recently been hit by two major quakes, the death toll now exceeding 8,500 people. The marketing for San Andreas has been tweaked with an emphasis on earthquake preparedness and donating to the relief effort, with a portion of the movie’s takings set to be donated to Nepal. Still, it’s understandable that very few audiences, if any, will find harrowing devastation in this specific context very entertaining. It’s a little like when the kids-on-a-space-shuttle adventure Space Camp was released two months after the Challenger disaster. In fact, it leads one to wonder if a movie like San Andreas was ever a good idea, even before the Nepal quakes, given the tragic frequency with which such calamities occur these days. 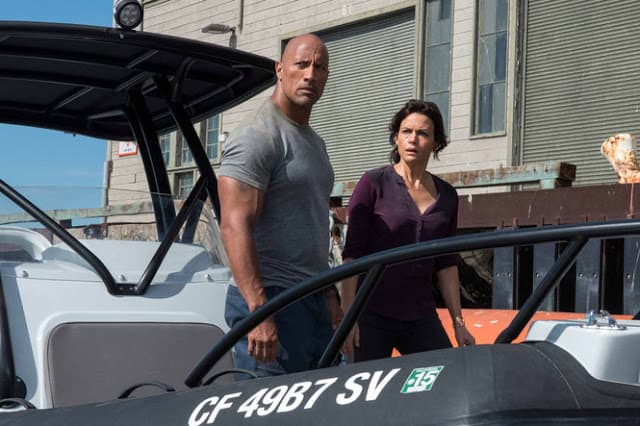 Big summer blockbusters are meant to provide escapism rather than continually remind viewers of the problems that plague the world in real life. Post-9/11, many action flicks have deliberately invoked the imagery of collapsing buildings and citizens scrambling away from falling debris in the hopes of eliciting an emotional response through mere association with actual tragedies, which seems to be the case here too. The Catch-22 faced by director Brad Peyton is that, if the events depicted in the film are too fanciful and ridiculous, it will pull audiences out of it, but if they are too realistic, it will hit too close to home. 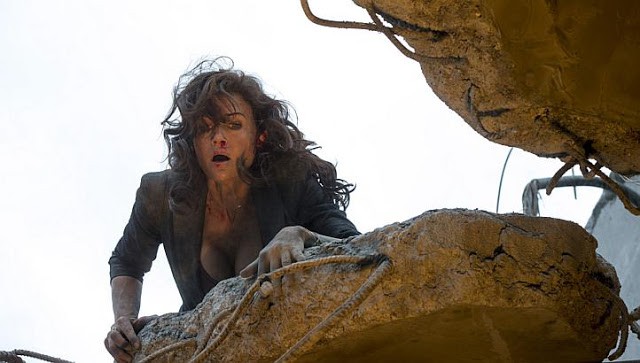 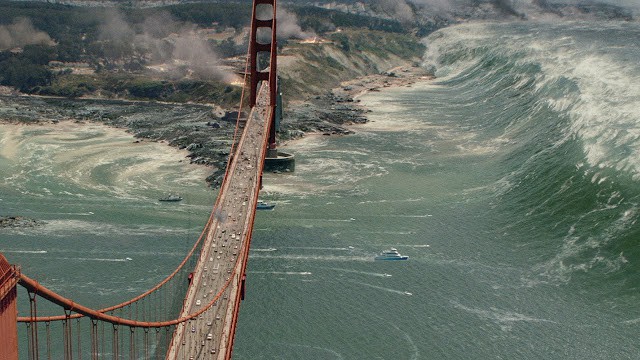 When it comes to plot, San Andreas is predictable to, well, a fault. The involvement of at least six screenwriters performing multiple studio-mandated rewrites ensures that the script is safe, homogenised and dull. Giamatti, playing a seismology professor as if the character were a scientist from a ’50s creature feature, warns, “It’s not a matter of if, it’s a matter of when.” We also counted at least nine utterances of the line “Oh my god!” (mostly from Gugino). Every disaster movie cliché in the book is flung into San Andreas, as well as clichés from other genres for good measure. You’ve got the strong, hardworking protagonist, his estranged wife, the wealthy douchebag who is his wife’s new boyfriend, the daughter who needs to be rescued but who is largely plucky and capable as required, the daughter’s earnest, handsome love interest and the tagalong kid for comic relief. Oh, and the protagonist has already lost one child in an earlier rafting accident. This doesn’t feel like it needed six writers; it feels like all it took was an algorithm fed into some kind of automated writing software.

Johnson reunites with Peyton, who directed him in Journey 2: The Mysterious Island. The wrestler-turned-action-hero can do the noble, heroic thing in his sleep by now. Gugino spends most of the movie yelling. Daddario is the “damsel in a degree of distress”, competent but still in need of Dad coming to the rescue. It’s all just tired and cheesy. Hollywood, it’s time to rewrite the disaster movie formula, and no amount of tsunamis smacking shipping crates into the Golden Gate Bridge can distract us from that dire need. 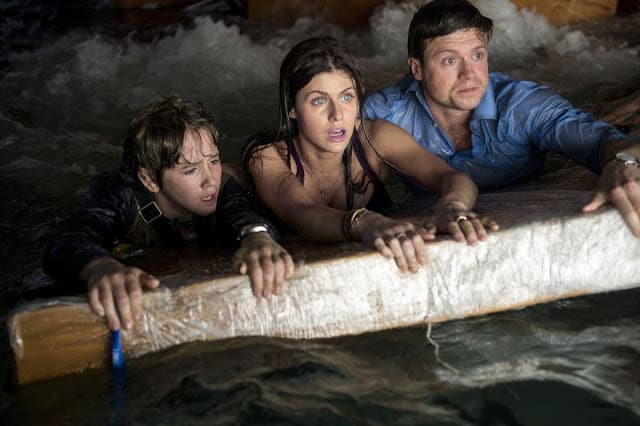 Summary: San Andreas manages to out-’90s most ’90s disaster flicks, and becomes unintentionally funny in how dated and corny it is, despite several well-crafted set pieces.