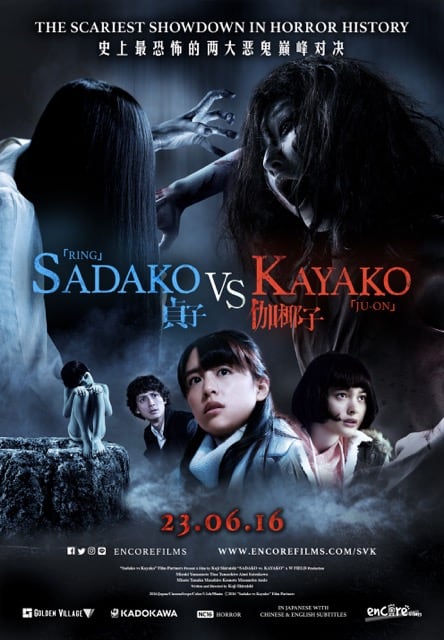 Simply put, player versus concepts are just a terrible idea for movies in general, and it sinks to a whole new level of crap when applied to horror movies. The movie execs first did it in 2003, when they pitted two of the most iconic horror film franchises’ undead villains, A Nightmare On Elm Street’s Freddy Kreuger against Friday The 13th’s Jason Vorhees, in the first notable horror character versus film Freddy Vs Jason. The outcome was more comedic than horrific and became the lowest grossing film in the franchise at the domestic box office.

Despite that, they did it again the following year, this time pitting two of the most memorable horror movie monsters against each other in AVP: Alien Vs Predator. Even though fans loved the showdown complete with plenty of gory and gruesome fight scenes, most critics lambasted the film, labelling it as a poorly executed and feeble attempt to cash in and exploit the popularity and successes of both monster franchises. Ignoring the critics’ reviews however, a sequel was produced, Aliens vs. Predator: Requiem in 2007, which bombed at the box office and was regarded as the lowest grossing overall film in either series, effectively burying any further attempts to continue the AVP franchise.

Apparently, either ignoring the failures of their Hollywood counterparts or perhaps being illogically and unbelievably optimistic, Kôji Shiraishi, the director of the critically acclaimed 2005 horror film The Curse, chose to attempt the merger of two of the most beloved J-horror classics – the Ringu and Ju-On film series. 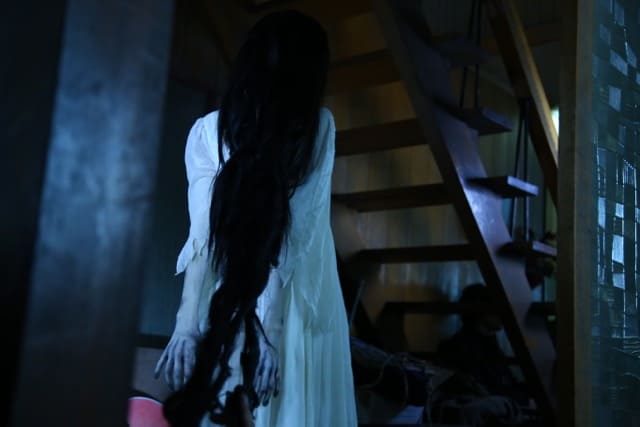 Now for the sake of the non-horror buffs who have never heard of both film series, here is the lowdown in a nutshell:

Ringu or The Ring was a 1998 Japanese horror film, directed by Hideo Nakata and adapted from the novel Ring by Kôji Suzuki. Its overnight success later spawned one prequel and four sequels in Japan, as well as one Korean remake and was also remade in Hollywood as a trilogy. The storyline was simple – the antagonist Sadako Yamamura, a woman with psychic powers who had been killed after being thrown down a well, lived on in spirit within a cursed videotape, killing whoever who watches it seven days later.

Ju-On: The Grudge, directed by Takashi Shimizu, followed four years later in 2002, inspired by the international success of Nakata’s Ringu. Likewise, the film garnered considerable success and including the two direct-to-video films that predated the release of Ju-On: The Grudge, this franchise comprised of a total of eight full-length Japanese films, two Japanese short films and a Hollywood film trilogy remake. Instead of one supernatural antagonist like Ringu, this franchise has three – Kayako Saeki, her son Toshio and their pet cat Mar. Suspected of being unfaithful to him, Kayako was pushed down the stairs by her husband, spraining her ankles, and then killed by him snapping her neck and crushing her throat. He then killed their son Toshio by drowning him and his pet cat Mar in the bathtub. As a result of their violent deaths, Kayako and Toshio haunts the cursed Saeki house and kills anyone who enters the house, as well as anyone else who is unfortunate enough to come into contact with these house trespassers. 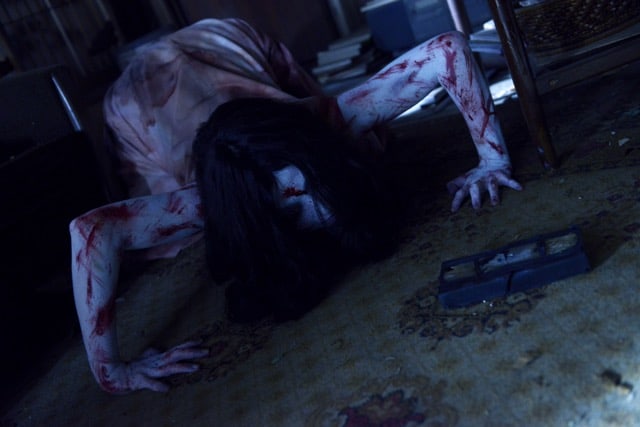 Now with both franchises, even with their incredible successes at the start, but with each subsequent sequel and remake, just as it is with many other horror film franchises, the scare factor got progressively diluted. So it was this reviewer’s opinion that it really could not be possible for this film that combined two of the most horrific icons in Japanese horror cinema in one film to do any worse than the sum of both their sequels and remakes. But surprise, surprise, director Shiraishi proved this reviewer wrong and the result was much, much worse than this reviewer could ever imagined.

On paper, the premise actually sounded rather promising and could have had good potential for story development, with two university best buds Yuri Kurahashi and Natsumi Ueno (Yamamoto and Satsukawa) and a high-school student Suzuka Takagi (Tamashiro) hoping to break their respective curses, after having watched the Sadako videotape and trespassed into the Saeki house respectively, by mutually invoking a second curse on top of their existing ones, by entering the house and playing the cursed videotape in it, to incite a ‘turf war’ between the two territorial supernatural beings over their respective intended victim, under the instruction of a young but experienced, eccentric psychic Keizō Tokiwa (Ando). 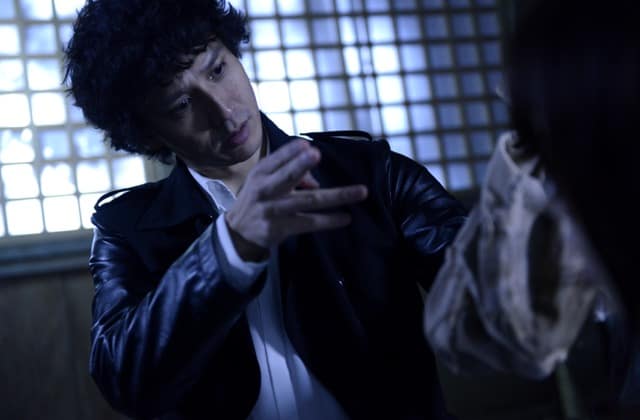 However, upon execution on film, any promise of potential goes straight down the drain. While it may have been an attempt to speed up the victims’ mortality rate in this film by shortening the window period of the cursed videotape from a week to two days, but that attempt is instantly cancelled out by the dragging out of those two days over the entire course of the 99=minute film. In fact, so much time in the film was wasted meandering through the inflicted girls bemoaning and moping over their plight that cinema-goers might even be half-wishing they be killed off sooner rather than later, to stop their whining.

It certainly did not help that so much time was spent building on the premise of the showdown that by the time the film got around to the showdown, which was probably around the last 20 minutes or so, the few sparring attempts between the two paranormal super-villainesses felt anti-climactic and a major let-down. In particular, Sadako who was so horrifying in her cinematic debut is pathetically reduced to hair leashing tactics that reminds one of Joey Wong in A Chinese Ghost Story III. And to illustrate just how bad the sparring was, the entire cinema was filled with outbursts of laughter instead of shrieks and gasps of terror. 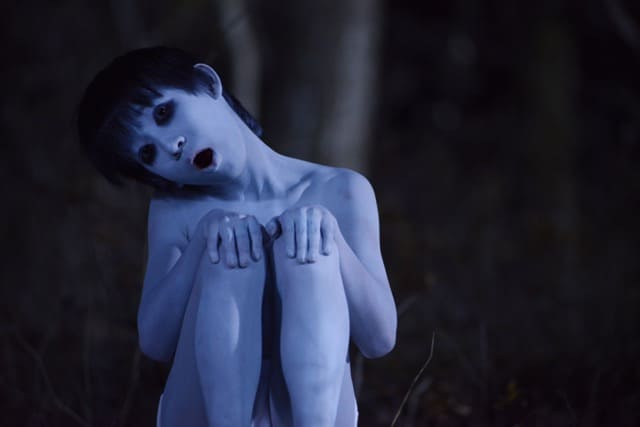 Third time is definitely not the charm for this player versus concept horror film and movie execs should really take the hint and stop trying to make it work.

Summary: Even die-hard fans of Sadako and Kayako should give this a miss and preserve the best memories of these two ghost queens as they were last seen at their best in their respective film franchises.