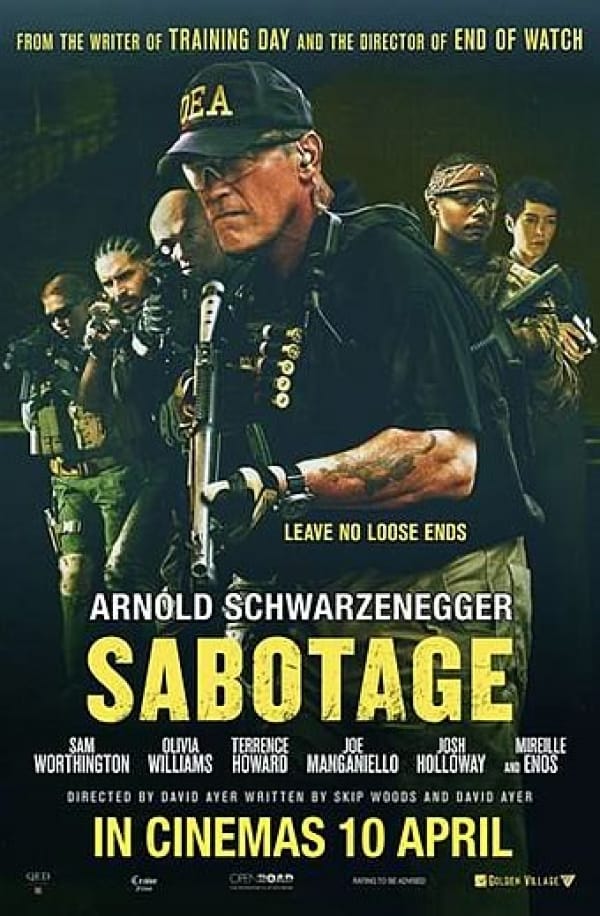 As per his oft-quoted promise, the Governator is back from politics and on the silver screen, in a film that promises to be tougher and grimier than either The Last Stand or Escape Plan. In this film based very loosely on Agatha Christie’s novel And Then There Were None, Schwarzenegger plays John “Breacher” Wharton, the grizzled leader of an elite DEA squad. The motley crew includes Monster (Worthington), Grinder (Manganiello), Sugar (Howard), Neck (Holloway) and Pyro (Martini) – nobody has an un-silly nickname, except perhaps Lizzy (Enos), who’s also Monster’s wife. After a bust goes awry, the team members are picked off one by one in gruesome fashion. FBI agents Caroline Brentwood (Williams) and Darius Jackson (Perrineau) are sent in to investigate, all signs pointing to the mastermind being someone in Breacher’s circle. 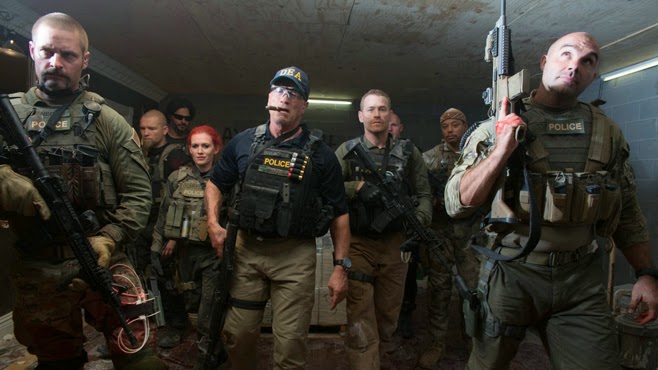 Action movie junkies have bemoaned the lack of truly great American action movies as of late, citing the homogenisation that results from every film having to be rated PG-13 to pull in the crowds, having less bite to them because of it. Sabotage pulls no punches when it comes to the violence – it seems like somebody was having a 2-for-1 sale on blood packs. The action is visceral and bereft of noticeable digital enhancement. But make no mistake: Sabotage is far from a “great American action movie”. Chaotic, mean-spirited, dumb and deafening, it pummels the audience into submission. Director David Ayer, who has carved a niche making gritty cop thrillers, gives Sabotage some of the documentary-like style he’s become known for, but the script that he co-wrote with Skip Woods is heavy on the insipid tough guy dialogue and light on wit and invention. This should be no surprise, seeing as Woods had a hand in penning the likes of X-Men Origins: Wolverine, A Good Day to Die Hard and Swordfish.

Watching the team in this film at work just really made this reviewer miss the guys who followed Dutch into the jungle in Predator. Practically everyone in Breacher’s squad is a jerk, chugging beers, hanging out at strip clubs – they’re just not really interesting, let alone endearing. It’s impossible to buy the group as a well-oiled machine who have been operating as a unit for some time, since they’re always at each other’s throats, and not in an amusingly dysfunctional way either. Now, of course it would be boring if everyone just got along, but if it seems like nobody has anyone else’s back, the audience is hard-pressed to give a damn when each team member starts biting it. As a result, this whodunit soon gets increasingly tiresome, instead of increasingly absorbing. 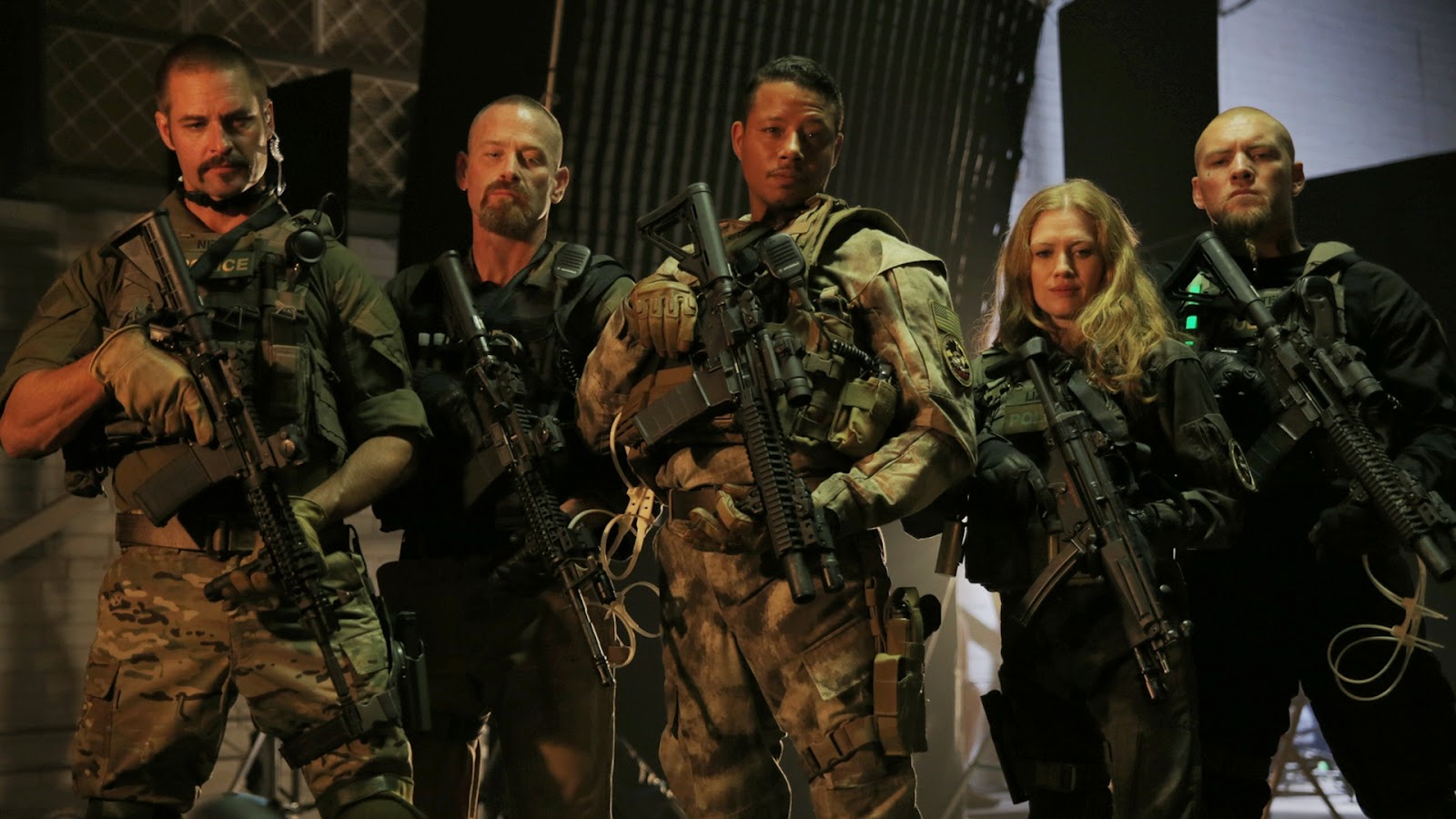 Schwarzenegger does make for a convincing team leader, worn, grizzled and serious. Thankfully, he doesn’t do a whole lot of referencing his status as a pop culture icon. It seems contemporary moviegoers regard Schwarzenegger as not much more than a punch-line, a fount of cheesy one-liners and a relic of the over-the-top 80s. It’s a bit of pity as his acting is not bad at all here.

The supporting cast isn’t remarkable but for what it’s worth, it’s cool that there are two Terminators on the same team (the other being Sam Worthington). Worthington has a reputation as a wooden, cookie-cutter action hero, but he’s competent as the only guy in the team with his head screwed on right. The distracting “ponytail beard” hanging from his chin does snatch a good deal of the credibility away, though. Mireille Enos spends most of the film being quite annoying, though it’s probably more the script’s fault than it is hers. She’s the lone girl on the crew has to constantly prove she can stand among the boys. How original and empowering. Olivia Williams fares only slightly better, her no-nonsense investigator being a character we’ve also seen a million times. 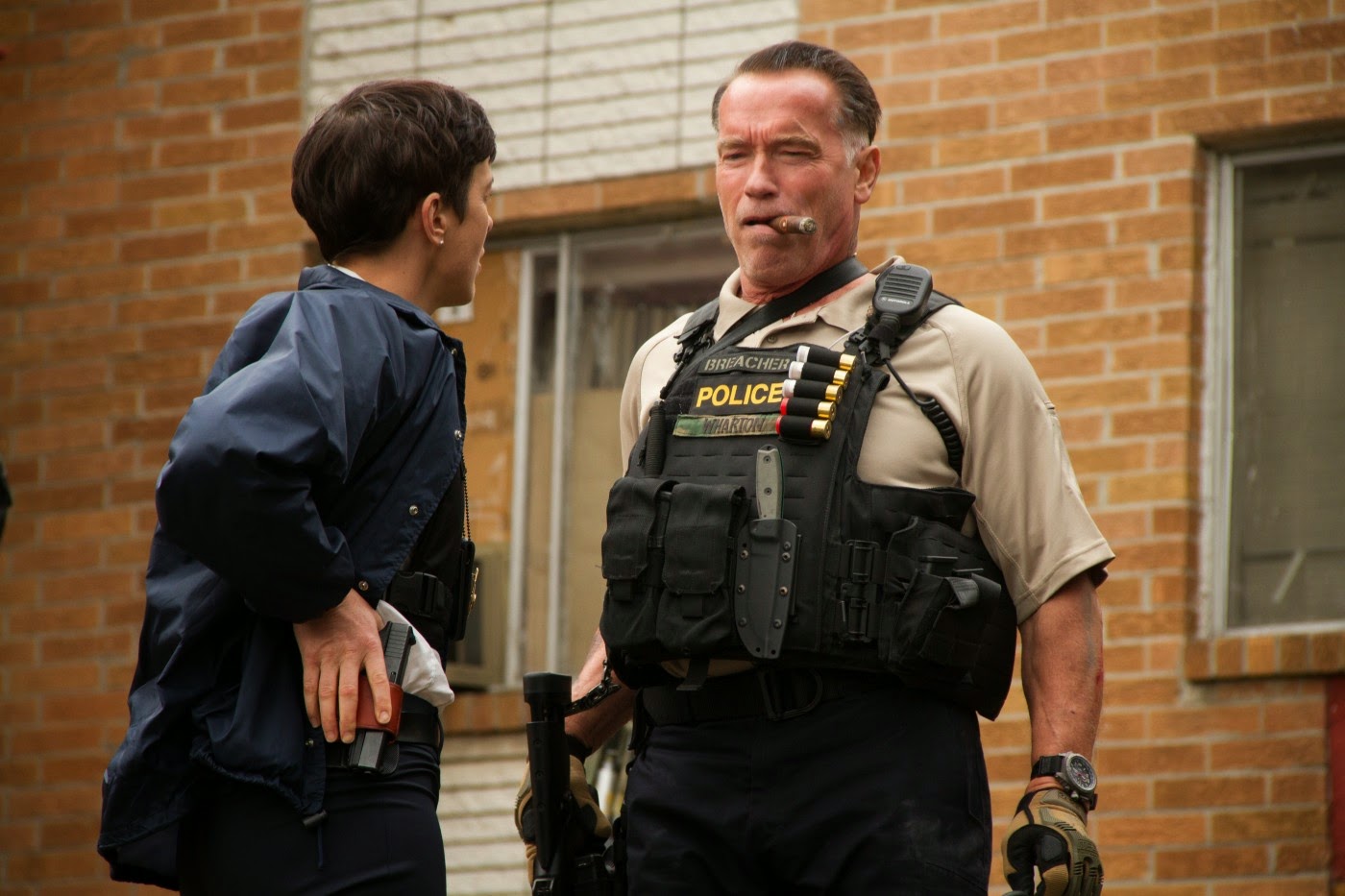 The film’s attempts at humour are cringe-worthy and oddly scatological. The team squirms as they wade through a sewer, and there are two random agents tasked with monitoring Breacher who have an extended conversation about peeing into a bottle. Yes, of course there are shootouts and car chases, and while the action scenes don’t feel overly staged, they also lack creativity and style, little more than flurries of bullet hits and gratuitous blood spatter (that poor cyclist on the windscreen). Pointlessly cruel instead of shocking or impactful, Sabotage has even less substance than your average spectacle-filled summer blockbuster, Schwarzenegger’s stoic turn its sole saving grace.

SUMMARY: We used to have at least a few brain cells. We watched Sabotage, and then there were none.