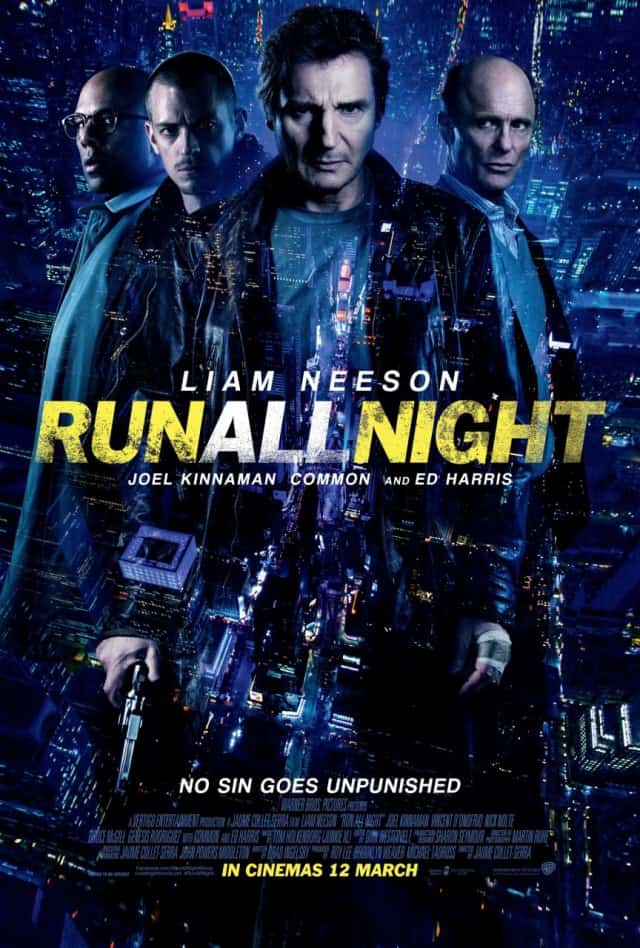 Liam Neeson goes from training the Dark Knight to running all night in this crime thriller. Neeson plays Jimmy Conlon, an aging hitman who used to work for crime boss Shawn Maguire (Harris). Shawn has supposedly reformed, and refuses to do business with drug dealers who are brought to him by his son Danny (Holbrook). It just so happens that Jimmy’s son Mike (Kinnaman), a limousine driver, is hired by Danny and witnesses a deal go horribly awry. Jimmy ends up killing Danny to save Mike, which leads to Shawn ordering that both father and son be killed in retaliation. Mike resents his father for the strain that being a hitman put on their relationship, but the duo have to stick together if they want to survive this long, brutal night. 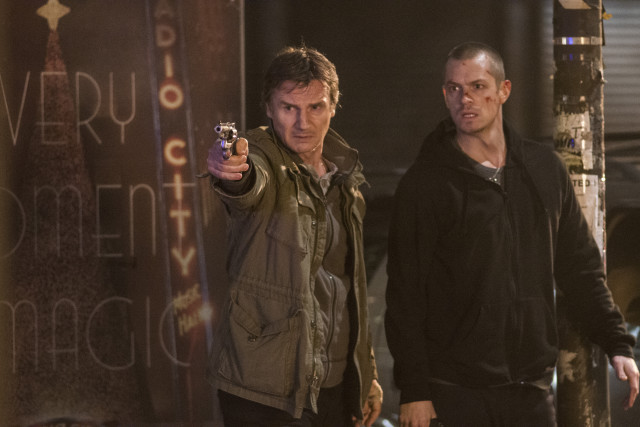 Run All Night marks the third collaboration between Liam Neeson and director Jaume Collet-Serra, who also helmed Unknown and Non-Stop. Neeson claims that this will be his last action-centric leading role in a while. As cool as the actor always is, he is very much in danger of being a caricature of himself, if the Taken memes still all over the internet are anything to go by. Unfortunately, even though it’s meant to be more dramatic and character-driven than the Taken movies, Run All Night is still a let-down. Collet-Serra intends for it to be a gritty 70s-style crime flick, set in a grimy, misty New York City during the Christmas season over 16 hours. However, the scene transitions are Google Maps-style CGI camera moves, swooping out of one street, up over the city, and right into another. This comes off as nothing more than a jarring stylistic flourish, supposedly to disguise how surprisingly boring the film ends up being.

The story is a predictable one – an ex-hitman must wade back into the muddy waters of his former life when things get personal. That logline can also be used to describe last year’s John Wick. Where that movie was surprisingly inventive, original and stylish, Run All Night is, well, a more run of the mill affair. The two relationships at its core are the personal connection between an enforcer and his old boss/long-time friend and between said enforcer and his estranged son. Brad Ingelsby’s screenplay strains to make this more than your typical father-son action movie team-up – the relationship isn’t amusingly dysfunctional, it’s downright toxic. And yet, it’s just not sufficiently compelling, some moments unintentionally funny rather than dark and dramatic. During the first half of the film, when Jimmy and Shawn wistfully reminisce about their youth, it’s meant to set up this deep bond that will inevitably be shattered over the course of the film, but it feels more like filler than anything else. 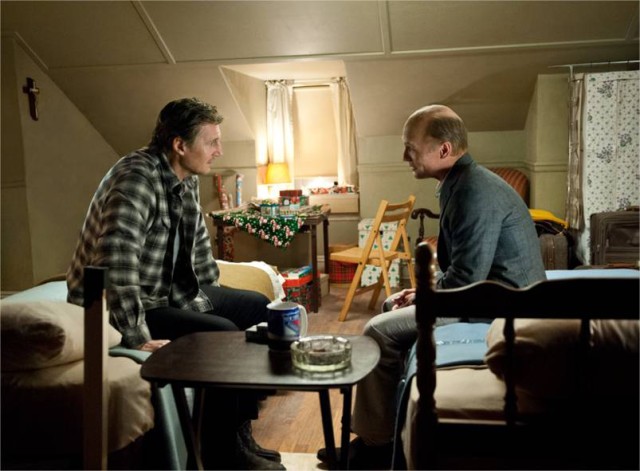 Liam Neeson grimaces, wields a gun and talks tough through gritted teeth – daring, uncharted territory for the actor. We all love Liam Neeson but especially coming on the heels of the dismal Taken 3, it’s very easy to see why audiences are getting tired of this character type. Joel Kinnaman is good here as a clean-cut family man who wants nothing to do with the dangerous, seedy world which his father was a part of. He’s certainly less annoying than Jai Courtney’s Jack McClane in A Good Day to Die Hard. Alas, the clash of titans that is Liam Neeson vs. Ed Harris is something of a let-down. When all is said and done, it feels like Harris hasn’t really done all that much throughout the film, even though he has a substantial role. Harris is an unsung old-school cinematic badass, so seeing him go toe to toe with the old-school cinematic badass du jour should be more of an event. The macho friends-turned-enemies plot is undercut by what can be interpreted as homoerotic undertones between the two characters. Common shows up as an ice-cold bespectacled assassin; his night-vision eyepiece and high-powered pistol equipped with a laser sight likely referencing the first Terminator movie. He provides the best thrills of the film. 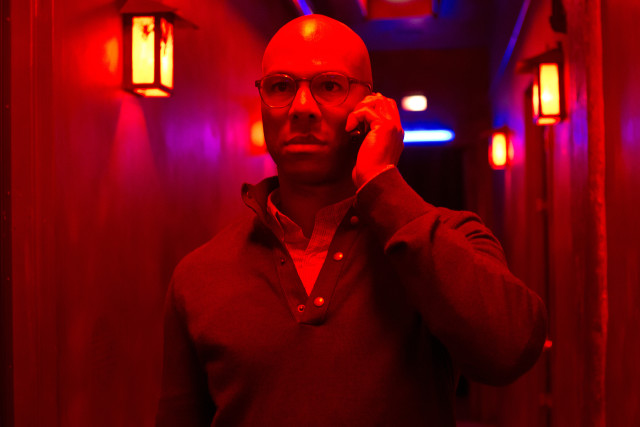 Run All Night is too predictable and contrived to work as an engrossing crime drama but also lacks the over-the-top action spectacle required to make it successful as a piece of escapist entertainment, falling into an uncomfortable no man’s land. It’s sturdily-constructed, shot well and solidly acted all around, but it has nothing to distinguish it from every other New York-set crime thriller out there.

Summary: Nowhere near as exciting as its title makes it sound, Run All Night never goes off the beaten crime thriller path. Its central trio do turn in strong performances, but even then the film can’t outrun the realm of the generic.