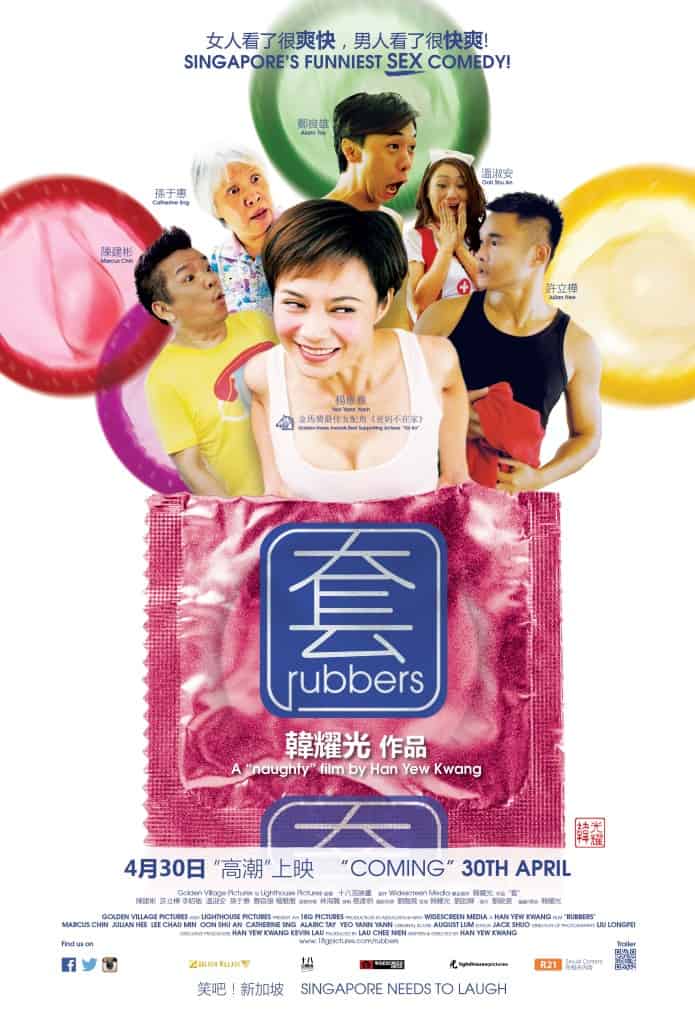 Han Yew Kwang is a director not afraid to tackle controversial topics. Issues such as fluid gender identities (When Hainan Meets Teochew) and infidelity (18 Grams of Love) have been touched on in his films but, regardless of subject matter, Han’s films are never provocative for the sake of it. There’s always a deep warmth and sweetness that permeate his films, and you often sense a director who feels profoundly connected and empathetic to his characters, oddballs though they often may be. Rubbers is no different. 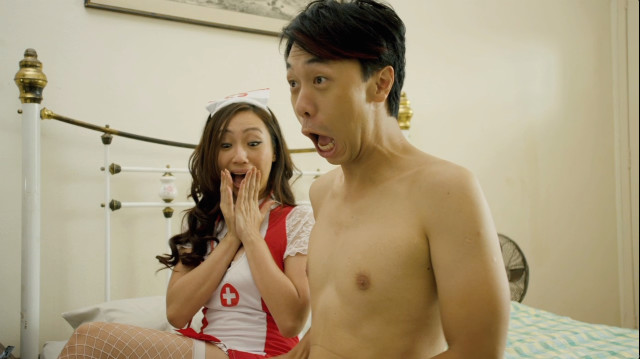 If you haven’t already guessed, the titular rubbers here refer to condoms. The film is made up of three non-intersecting stories, all of which feature condoms in some variety. The first is about womanizer Adam Kok (Alaric Tay) who is dumped by girlfriend Eve (Gillian Tan) for refusing to use a condom. He calls up a bunch of former flings in hopes of a quickie and, unable to find anyone willing, decides to take things into his own hands (literally). He fantasizes about his favourite porn actress, Kawaii Momoko (Oon Shu An), who, in a strange turn of fate, appears in his house. They decide to get it on, and, before you know it, Momoko’s mouth is stuck onto Adam’s penis. 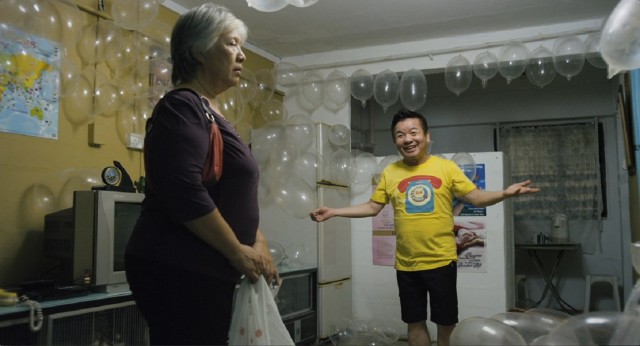 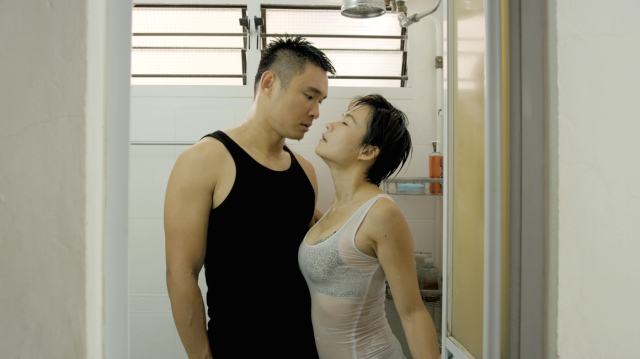 The last story is about condom reviewer Baoling (Yeo Yann Yann) who comes home to find a human Durian Condom (Lee Chau Min) asking to be used. Baoling has been single for sex years, and the human Durian Condom encourages her to start playing the field again. Convinced she has to make the first move, she tries to seduce her plumber (Julian Hee) by leaving condoms all over her house.

Rubbers parades all of Han’s quirks – his love of the absurd and fantastical – to a fault. While his previous films all contain dream-like sequences that are easily distinguished from the “realistic” ones, here the fantasy elements are woven in to all the stories in ways that make the entire film feel bizarre. Observe Kawaii Momoko, the porn actress Adam beats off to, breaking the fourth wall and talking to him through his television, then magically appearing in his house. And then getting her mouth stuck to his genitals during a sex act. Also, Baoling talks to a human condom – a figment of her imagination – throughout her scenes. How much weirder can the film get?

Han’s fantasy/dream scenes in his previous films feel distinct, and they were there to highlight certain ideas or simply for a bit of visual showmanship. Here, they fail at either of those two functions, and the surreal elements (like Baoling talking to a human condom) feel more like narrative shortcuts than actual purposeful tools. Besides that, the inconsistent tone also feels distracting. Is this film supposed to be a realistic portrayal of love and seduction? Is it supposed to function as a metaphor?

Still, the nonsensical scenes can be quite a riot to watch. Kawaii Momoko finding herself physically attached to Adam’s tool is a completely absurd scenario, and yet it makes for some of the film’s wildest and funniest moments. Han knows how to milk his scenes for laughs, and he mostly gets his comedic beats right. It’s a pity he feels the need to force out jokes from scenes that could have benefitted from a bit of somberness. But when the jokes land, they hit a home run. The ones that miss fall completely flat, but fortunately there are more hits than misses here.

Rubbers isn’t a groundbreaking local film by any regard, but it’s a great deal of fun, and no recent Singapore comedy has made me laugh as hard. It’s also warm and moving without being overly sentimental. It makes for a good couples movie – just don’t go in expecting something sexy or naughty!

Summary: Rubbers is more sweet than sexy, but that’s part of its charm.