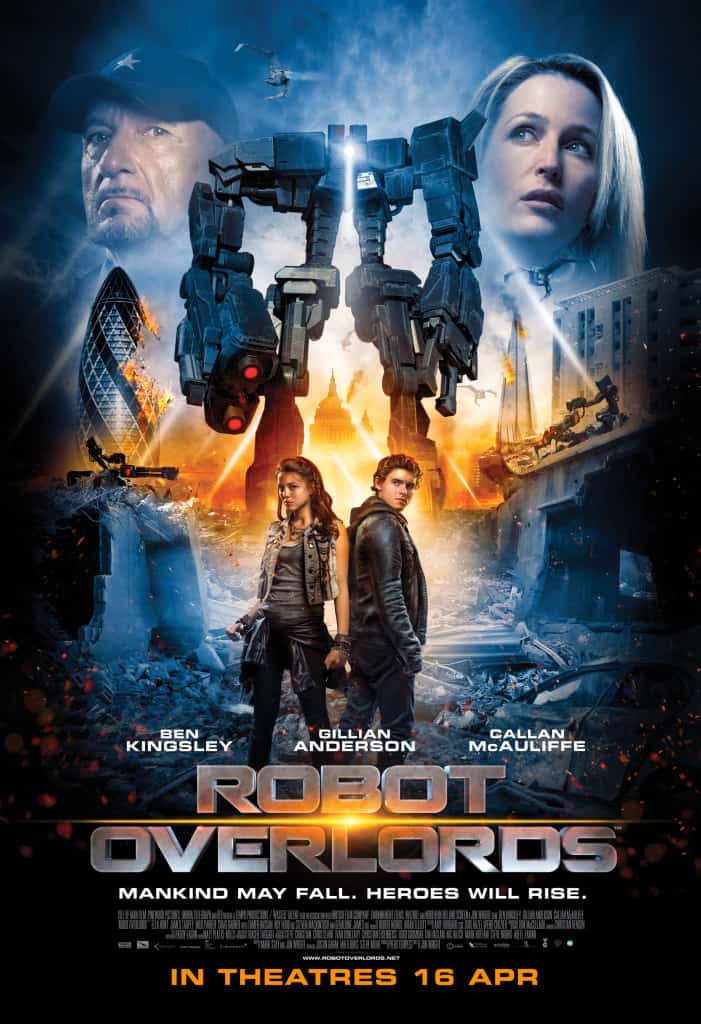 What would you expect from a film with so triumphantly cheesy a title as Robot Overlords? Something fun, campy and silly, probably, as ultra-stern robots try their darned best to lord it over a bunch of utterly disobedient humans. That is, indeed, broadly the plot of Jon Wright’s film. But, somewhere along the way, it seems to have forgotten to include much in the way of humour or silliness. Instead, Robot Overlords seems rather too intent on crafting a somewhat dour vision of a robotically dystopian future – which, truth be told, it doesn’t quite pull off.

Three years after the dreaded robot invasion, the entire world is kept on a strict curfew – no one is allowed to venture outside their designated homes for more than a few minutes. All humans have tracking devices implanted in their necks, which allow the robots to swiftly find and vapourise anyone who fails to comply. There doesn’t seem to be much hope left for the human race, apart from those who have decided to cooperate with the robots, like uber-smug collaborator Robin Smythe (Kingsley). But a quiet revolution begins when Sean (a decent but unremarkable McAuliffe) and his buddies – clever Alexandra (Ella Hunt), her smart aleck brother Nathan (James Tarpey) and resourceful ten-year-old Connor (Milo Parker) – discover that an electric shock from a car battery can temporarily disable their tracking implants.

The film is not without its interesting moments. In fact, you might find yourself wishing that it would dwell a little more on the pockets of human resistance that we discover have sprung up all over town. Geraldine James – Kingsley’s co-star in Gandhi – plays the matriarch of a community living out of a bar, evidently cobbled together from whomever was drowning their sorrows in alcohol three years ago. Sean’s predicament also contains quite a few good sci-fi ideas, as he realises how he might be able to take down these apparently invincible machines. 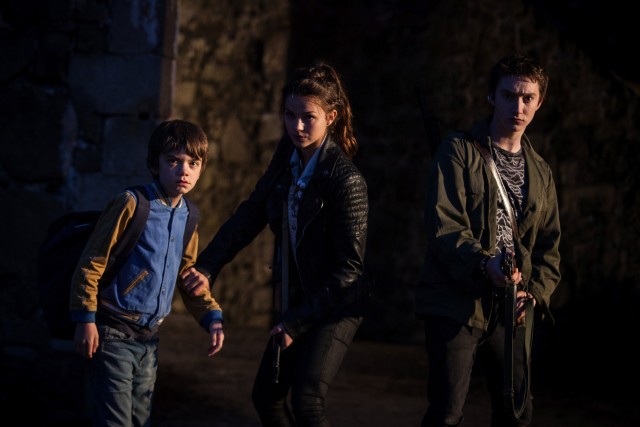 But Robot Overlords never really fulfils its potential. Instead, it’s a largely schizophrenic (and, fatally, predictable) experience. There are moments clearly targeted at a younger crowd: Sean and his buddies are undoubtedly the protagonists who propel the story forward, their youthful exuberance shining through when they mainline candy to celebrate their first taste of freedom. And yet, Wright also tosses in moments of horror so dark that it’s impossible to tell just what vibe he’s going for. The film opens with a terrifying and frankly not very kid-friendly sequence in which Connor becomes – quite spectacularly – an orphan. Sean also runs badly afoul of Smythe in another creepy scene that lays bare the extent of the robots’ experiments on mankind.

At least there’s fun to be had from the excellent adult cast, who manage to say a great deal with just a handful of scenes. Kingsley is delightfully pompous, a windbag who picks the worst side in a war to save his own hide. Gillian Anderson gets way too little to do as Kate, Sean’s mom, but it’s nice that her character doesn’t merely sit around waiting for the guys in her life to rescue her. There’s plenty of steel in Kate, as can be seen in her firm treatment of a former student and her repeated rejection of Smythe’s lascivious advances. 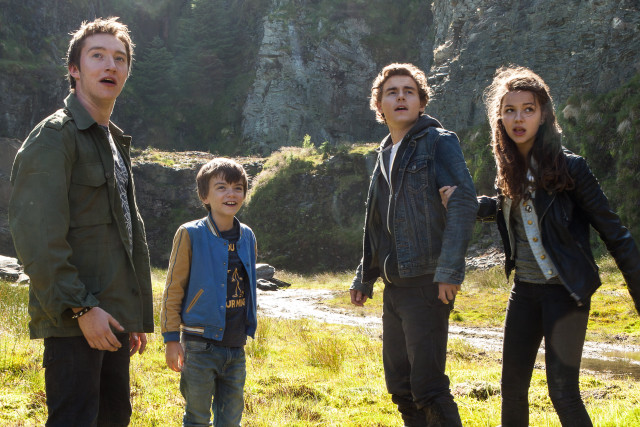 As a director, Wright is patently drawn to quirky genre fare with a B-movie aesthetic and humour. With Robot Overlords, he finally tackles the genre holy grail of sci-fi, after exploring the supernatural in Tormented and alcohol-averse sea monsters in Grabbers. In made-on-the-cheap projects like this one, it’s usually the special effects that let the side down. That’s not the case here. The robots are obviously created on a meagre budget, but look largely decent for all that. What keeps the film from really soaring high is the fact that Wright takes a promisingly cheeky premise and removes most of the fun from it. The final result is inoffensive and mostly watchable – except for the robots’ human avatar, which is a controversy waiting to happen – but there’s hardly ever a sense of joy or triumph to proceedings. Surely, in a film bearing a title as flamboyant as this one, that’s a crime of some sort.

Summary: The robot overlords might be preferable to this.