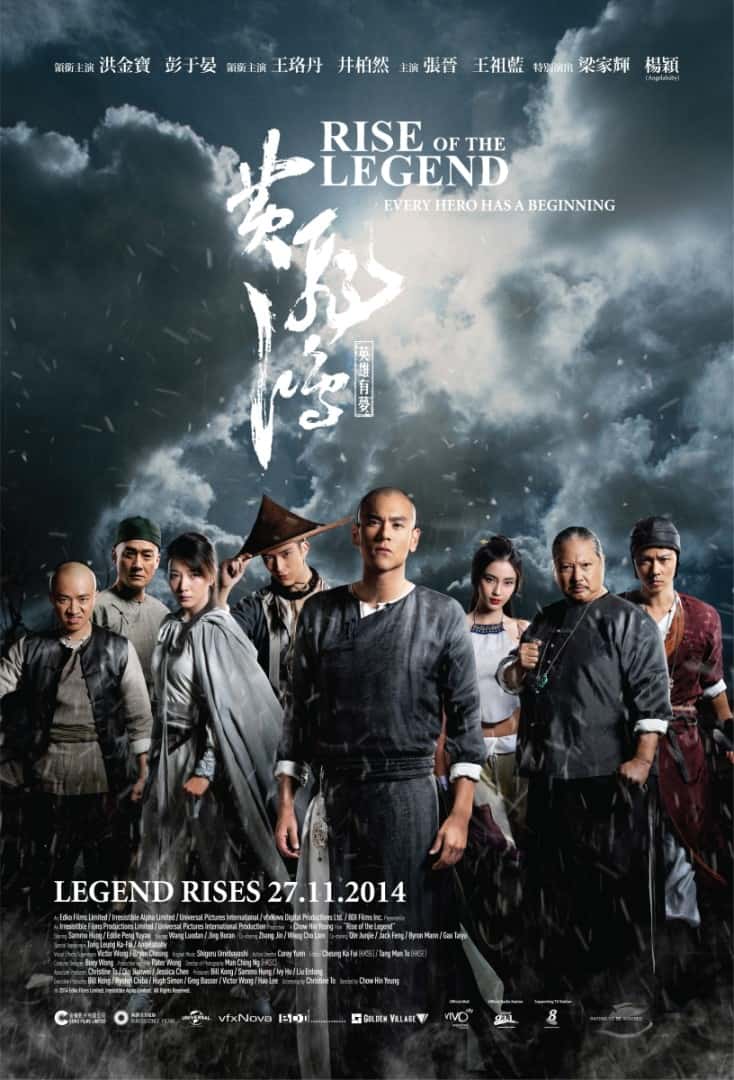 Over the last several years, we’ve had no shortage of films revolving around martial artist Ip Man. Now, it’s time for Wong Fei-hung, the martial artist who was born almost 50 years before Ip, to reclaim the spotlight. This origin story tracks Wong Fei-hung’s (Peng) beginnings as a recruit of the Black Tiger gang in 1868, during the late Qing Dynasty. The Black Tiger gang is locked in a power struggle with the Northern Sea gang for control of the Huangpu Port. The feared leader of the Black Tigers, Master Lei Gong (Hung), recognises young Fei-hung’s talent and takes him under his wing. A new rival gang called the Orphans, led by Fei-hung’s childhood best friend Fiery (Jing), emerges to challenge the Black Tigers. As Fei-hung realises the frightening extent of his new master’s ruthlessness, he resolves to help Fiery and free the town from Lei Gong’s tyranny. 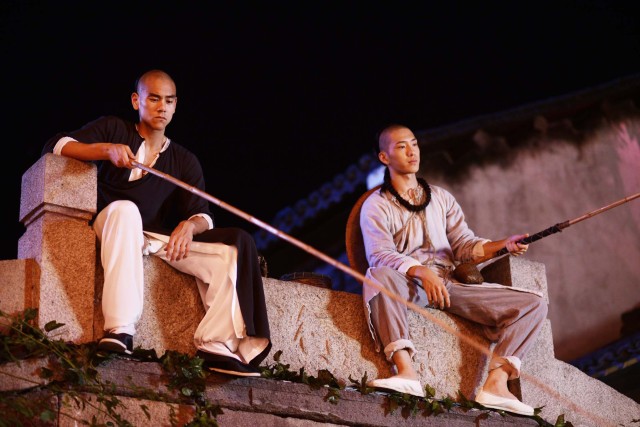 A martial artist, physician and revolutionary, Wong Fei-hung is among the best-known folk heroes in Chinese culture, depicted in scores of films and television series since 1949. In taking up the mantle of this iconic role, Eddie Peng joins the ranks of Jet Li, Vincent Zhao, Andy Lau, Jackie Chan and dozens of other actors. Rise of the Legend is a slightly unfortunate, profoundly generic title; a closer translation would be Wong Fei-hung: A Hero Has Dreams. Rise of the Legend follows firmly in the footsteps of its predecessors in the historical martial arts flick genre, with the occasional hit-and-miss sprinkling of modern elements. These include bullet time breakdowns, hokey CGI flames and an Eye of the Tiger-esque rendition of the “unofficial Wong Fei-hung theme song” On the General’s Orders, performed by Mayday. 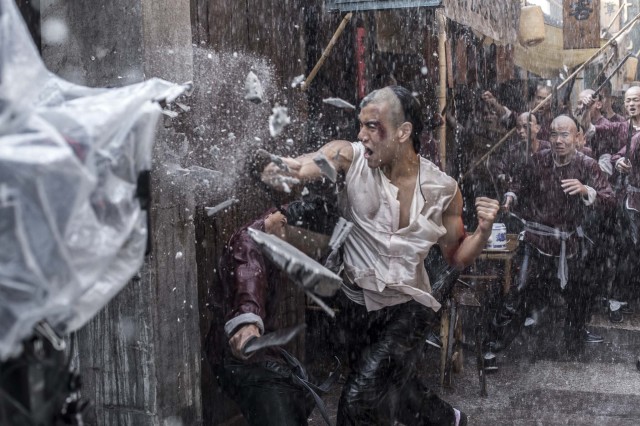 It’s a given that the film is at its best during the fight sequences and thankfully, there’s no shortage of those. Action director Corey Yuen has proven his mettle both in Hong Kong and in Hollywood, with credits such as Thunderbolt and the Transporter films under his belt. Fei-hung punches through concrete pillars and there’s a lot of leaping through the air. At one point during the climactic fight, Fei-hung climbs up the railing of a staircase using just his hands, as his feet kick at his opponent in front of him. We saw the film in 2D but even then, the gimmicky “stuff flying at the camera moments” are noticeable. 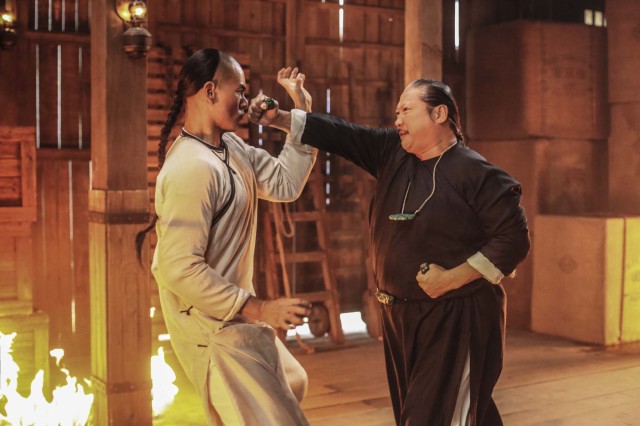 There’s an old-fashioned theatricality and a slight cheesiness to the proceedings, but one has to accept it as part of a package deal with the high-flying, wham-bam stunts. Eddie Peng has showcased his athleticism in Unbeatable and Jump! Ashin and this is probably the sexiest Wong Fei-hung has ever been. There are plenty of opportunities to gaze upon Peng’s rippled torso and his dedication in learning the challenging nanquan style of martial arts does pay off. He shares palpable buddy chemistry with pop idol Jing Boran and the characters’ bond as blood brothers is convincing. Sammo Hung, known for his agility and fighting prowess in spite of his generous girth, lends gravitas and hams it up as he does best. Hearing him bellow “I will make it crystal clear who! The! Master! Is! Here!” is pretty entertaining. Hung played Wong Fei-hung himself in Around the World in 80 Days. There’s also a great cameo from Tony Leung Ka-fai as Fei-hung’s father in the flashback sequences. 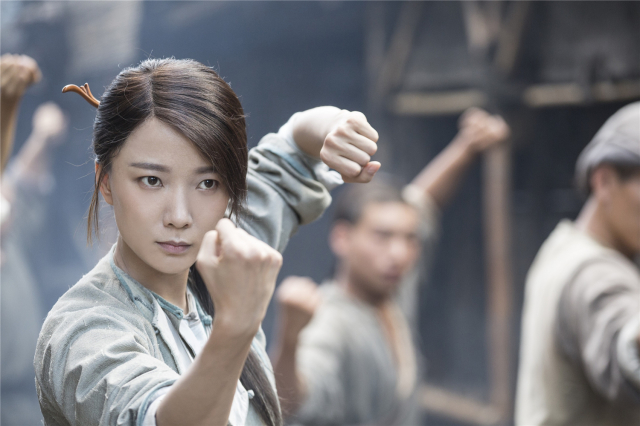 Unfortunately, as is all too often the case in this subgenre, the female characters get the short shrift. Wang Luodan plays Chun, a childhood sweetheart of both Fei-hung and Fiery, caught in a love triangle. We get to see a Qing Dynasty take on “the bro code” play out. There’s also Angelababy as Orchid the courtesan, who knows she’ll never truly win the affection of Fei-hung because a) his heart belongs with Chun and b) she’s a prostitute. These romantic subplots are unable to transcend being merely superfluous. 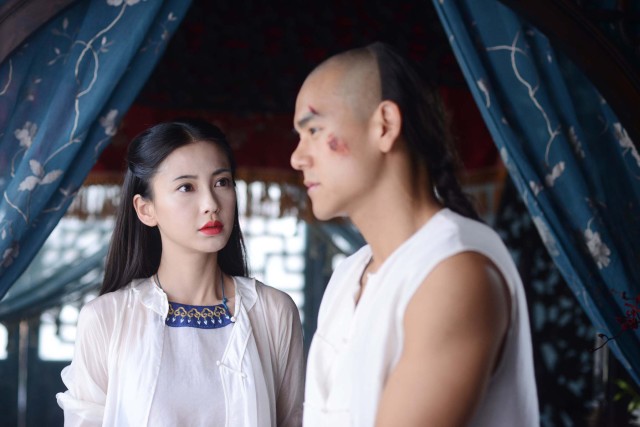 There are elements of the film that will be hard to truly “get” unless one has grown up with these stories, so we’ve come up with what might be an entry point for the uninitiated: look at this as a Chinese superhero movie. Wong Fei-hung would be able to leap tall buildings in a single bound if there were any tall buildings to be found. He is taken in by a mentor-turned-villain, like Batman and Ra’s al Ghul. The film closes with a “standing on the rooftop, surveying his domain” shot. Even the title Rise of the Legend sounds like something you’d find after a colon as the name of a superhero movie. This is clearly intended as the first chapter in a new Wong Fei-hung movie series – if you grew up with the Once Upon a Time in China films, it’s unlikely that Eddie Peng will replace Jet Li as your definitive Wong Fei-hung, but if Peng becomes this generation’s Wong Fei-hung, we see no problem with that. 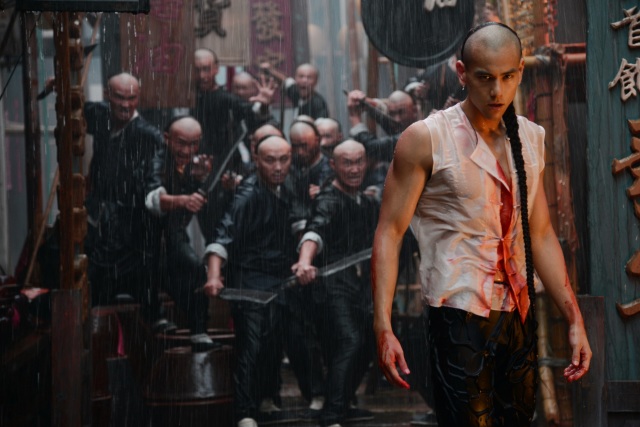 Summary: All the origin story tropes and expected melodrama of a period martial arts flick are here, but so are a good amount of thrilling fights and Eddie Peng giving it his all to take on the iconic role.