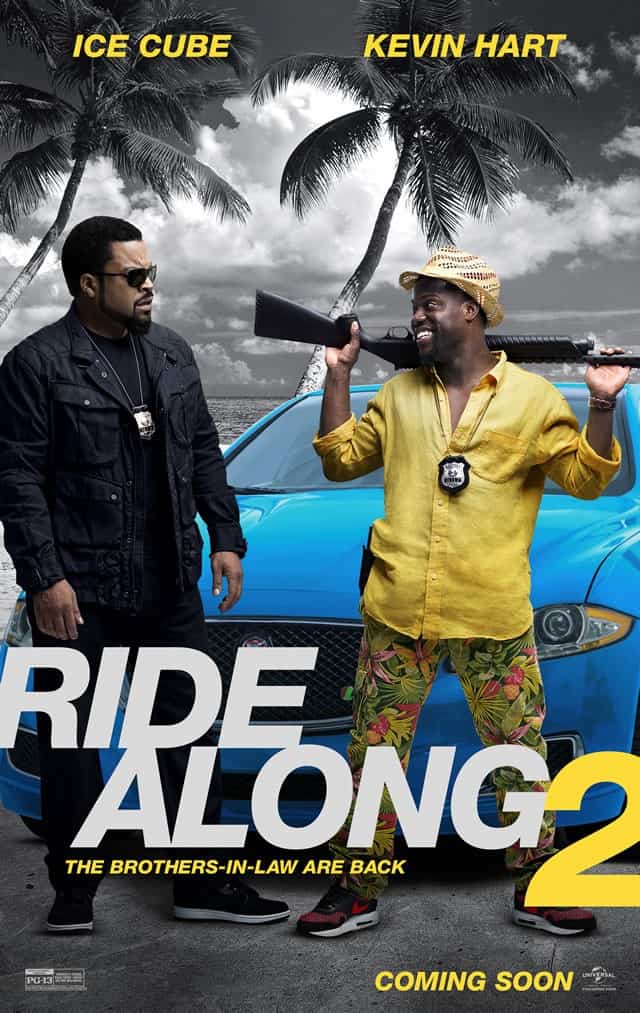 It’s time to hop back in that Dodge Charger R/T with Ice Cube and Kevin Hart, because crime officially has a new enemy: The Brothers-in-Law. It’s a week before the wedding between Ben Barber (Hart) and Angela Payton (Sumpter). When Angela’s brother James (Cube), an Atlanta police detective, travels to Miami to follow up on a lead, Ben convinces James to let him tag along, even though Ben is not up to the task. The duo team up with Miami homicide detective Maya Cruz (Munn) to track down A.J. (Jeong), a hacker who embezzled money from his former employer. Said former employer is Antonio Pope (Bratt), who appears to be a legitimate shipping tycoon and philanthropist but is secretly a treacherous, well-connected crime lord with the port commissioner in his pocket. James and Maya have to bring Antonio to justice while ensuring that Ben and A.J.’s tomfoolery doesn’t pull them down. 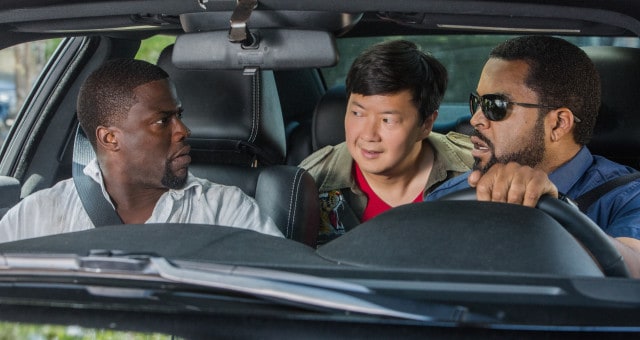 While 2014’s Ride Along was generally dismissed by critics, it was a surprise box office hit and a sequel was to be expected, even if there wasn’t a particularly high demand for it. In addition to stars Cube and Hart, director Tim Story and screenwriters Phil Hay and Matt Manfredi are back for the follow-up. Ride Along 2 comes off as even more of a cut-rate Bad Boys than the first film. The action sequences are nominally more elaborate than before and stunt coordinator/second unit director Jack Gill of the last three Fast and Furious films stages competent if unmemorable pursuits and explosions. A scene in which Ben imagines he’s playing a Grand Theft Auto-style videogame to get through a car chase is a somewhat clever visual gag, if clumsily executed. In addition, Ben has a run-in with a downright embarrassing computer-generated alligator, which looks like it’s a second away from singing and dancing and teaching kids how to spell. The Miami setting means we get lingering shots of bikini-clad women in some attempt at PG-13-level titillation. It very much wants to be a Michael Bay film, but Ride Along 2 doesn’t have the budget for it. 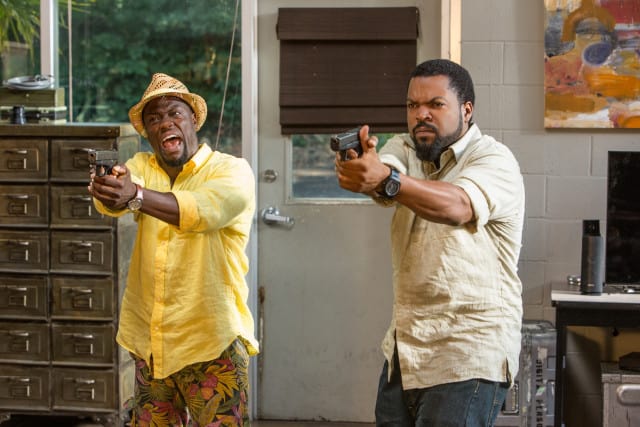 Hart may be extremely in demand as a comedic actor, but his shtick can be grating and the Ben Barber character is basically Scrappy-Doo, overeager and under-qualified. Hart is energetic and spontaneous but often obnoxious. He and Cube play off each other well enough, but it’s the tired “one’s silly, the other’s stoic” buddy cop routine without a new spin on the formula. Munn is the stock tough gal with little defining personality and since one shrill, diminutive comic apparently wasn’t enough, Jeong is on hand to shriek and squeal. Bratt’s Antonio Pope is as formulaic a villain as they come: the story’s set in Miami, so of course he’s a wealthy drug kingpin. He also possesses considerably less presence than Laurence Fishburne did as the big bad of the first Ride Along. 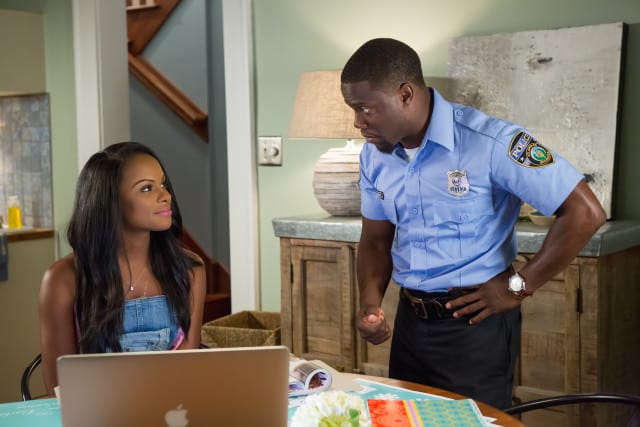 If you enjoyed the first Ride Along movie, the sequel is more of the same with a touch more action. Neither Ben nor James have developed very much since the events of the first film and their dynamic remains essentially the same. It’s fitfully amusing but while this certainly isn’t the most unnecessary sequel out there, it still doesn’t justify its existence. It’s predictable, generic, feels like it was made on autopilot and is often quite irritating.

Summary: Delivering action and comedy that is equally uninspired, Ride Along 2 trundles along with a flat tire.