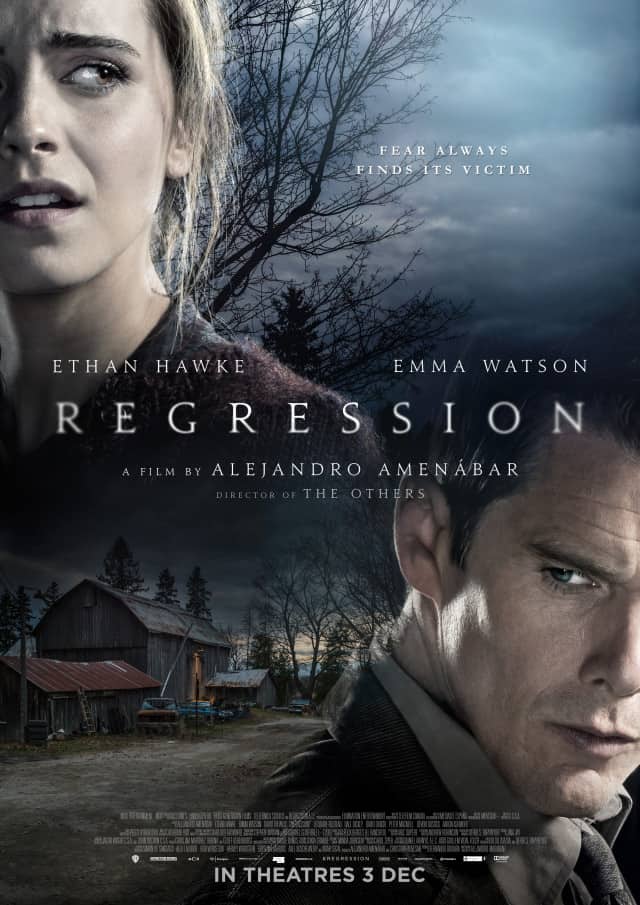 Ethan Hawke is out to unearth diabolical secrets in a small town in this mystery thriller. Hawke plays Detective Bruce Kenner of Hoyer, Minnesota, who is investigating the case of John Gray (Dencik). Gray confesses that he sexually assaulted his daughter Angela (Watson) but has no recollection of it. It is 1990 and the wave of “Satanic panic” sweeping America is at its height. Kenner begins to suspect that a devil-worshipping cult might have a hand in the case. Psychology professor Kenneth Raines (Thewlis) is called upon to perform “regression hypnosis”, a therapy intended to unlock repressed memories. Kenner goes to meet with Angela, clearly troubled and now under the care of Reverend Murray (Bluteau). Nobody is above suspicion, including Kenner’s partner, Detective George Nesbitt (Ashmore). As Kenner becomes more preoccupied with the case, he is afflicted by horrifying nightmares – but are they just dreams or something far more sinister? 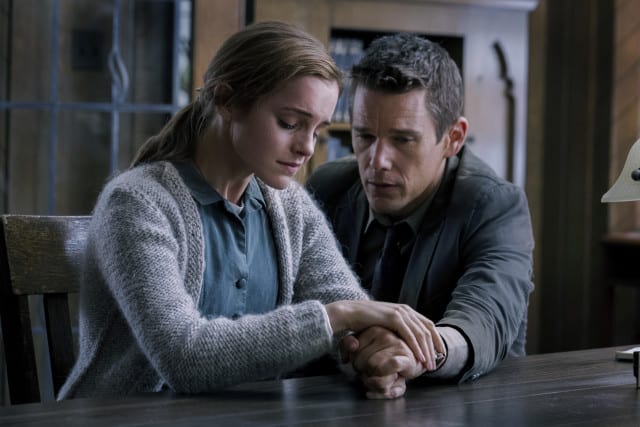 Regression is written and directed by Spanish filmmaker Alejandro Amenábar, whose best-known English language film is the Nicole Kidman-starring supernatural thriller The Others. While gloomy, oppressive atmosphere abounds in Regression, actual thrills and scares are scarce. The film claims to be inspired by true events, but it’s referencing the “Satanic panic” of the 80s and early 90s in general rather than any specific case. During this period, many Evangelical Christians were convinced that devil-worshipping, baby-sacrificing cults were operating right under their noses. Regression does that old dance of “maybe something supernatural is afoot, maybe it’s all perfectly explainable,” going around in circles until it reaches its predictable, unsatisfying reveal. 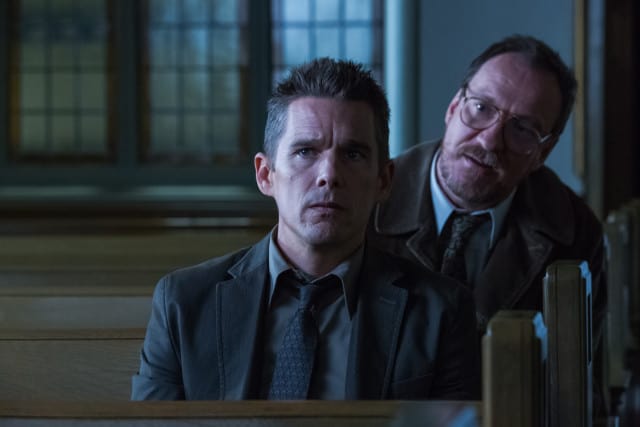 Hawke has repeatedly proven himself as a talented leading man, but the Bruce Kenner character is a bland protagonist, the likes of which we’ve seen many times before. He’s basically every movie detective ever, yelling at suspects during interrogations, letting the case get under his skin, in danger of being consumed by his quest for the truth, etc. He doesn’t seem to be very good at police work either: if leaping to conclusions were an Olympic sport, then Bruce Kenner would be a gold medallist. This is a movie in which the main character amounts to little more than a plot device. 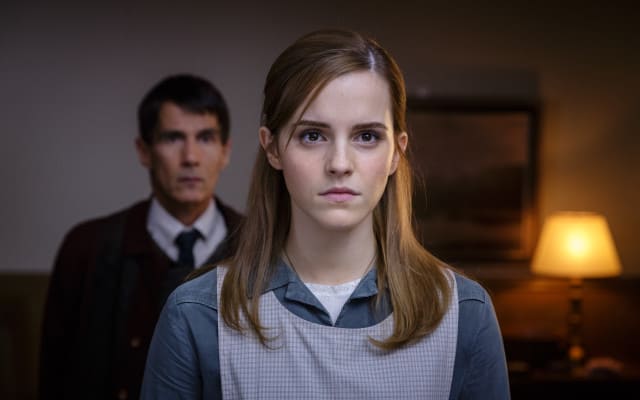 Watson is the big draw here, and while she’s certainly competent, she doesn’t get very much to do either. Angela is the scared little girl, the weeping victim. Watson is believable as a small town girl, affecting a convincing accent, but the question of whether Angela is a survivor of unspeakable trauma or is stringing everyone along failed to hook this reviewer’s interest. There is a modicum of amusement to see Thewlis and Watson together onscreen, meaning it’s a Hermione and Remus Lupin reunion. Hoyer is presented as a small town in which everyone is some degree of creepy, though nobody is memorably so. Even Dale Dickey’s crazy cat lady hysterics as Angela’s grandmother Rosie fail to enliven the proceedings. 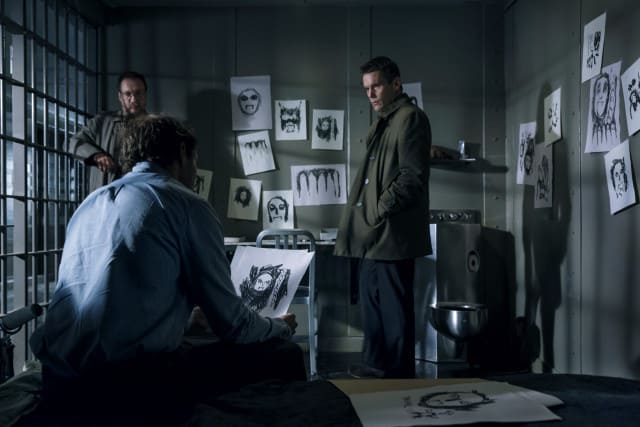 Regression partakes in a laundry list of horror clichés, including an obvious, heavy-handed score by Roque Baños, eerie visions of dagger-wielding hooded cultists in white makeup and a jump-scare-by-cat. At the same time, it very much wants to be taken seriously as a grim exposé of how mass paranoia can cloud perception. The hallucinogenic haze never wraps itself around the audience, the spooky misdirection pointless rather than intriguing. Amenábar tries his darndest to sell the movie as a suspenseful mind trip, but most viewers familiar with the genre won’t be fooled for a second. Offering neither riveting tension nor all-out scares, Regression is dour and unsatisfying.

Summary: Regression is ominous in its atmosphere but obvious in its plotting, actors Hawke and Watson unable to imbue it with any energy.