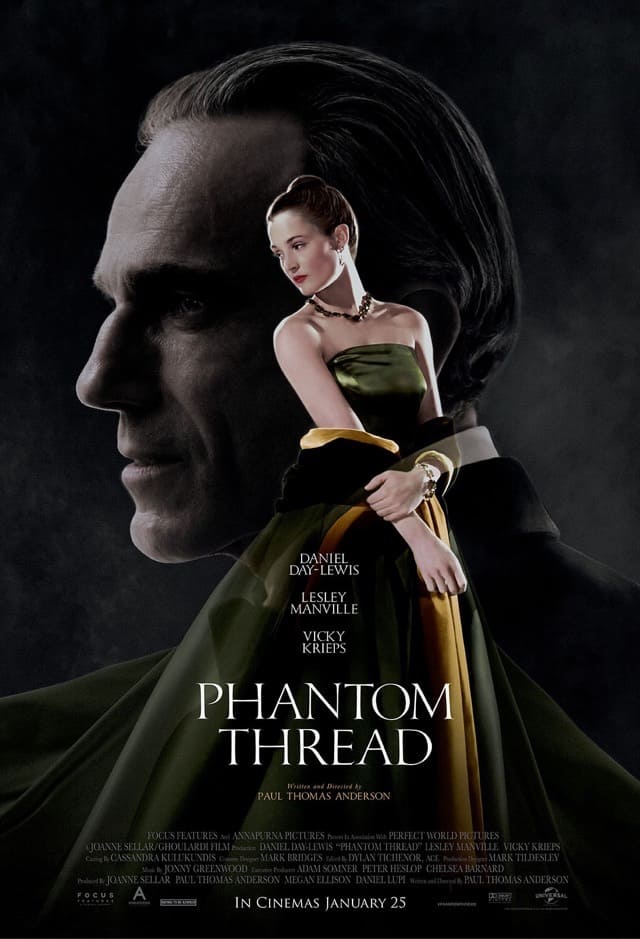 There is an unsettling disquiet that runs throughout Phantom Thread. It’s sewn into the film’s every narrative twist, as power balances shift and infatuation bleeds into something darker. It’s lodged firmly in the way characters gain and lose sympathy over time, as they (and their motives) constantly shift in and out of the light. It’s present in every frame – most of which manage to intrigue and alienate, all at once. In other words, Phantom Thread is a quintessential Paul Thomas Anderson film: a gripping psychological study that will strike some as delightful, and others as depraved.

At first glance, the film pays troubling tribute to the debilitating genius of Daniel Day-Lewis’ Reynolds Woodcock. One of 1950s London’s top haute couture designers, Reynolds is so good at what he does that all kinds of excuses and exceptions are made for him, particularly by the women in his orbit. Cyril (Lesley Manville), his sister, efficiently manages his life and his whims, making sure that anything that might upset him is swiftly removed from his immediate environment. He acquires new muses as easily as he inevitably discards them – a grim fate that seems to await Alma (Vicky Krieps), a charming waitress whom Reynolds sweeps into his world of high fashion. 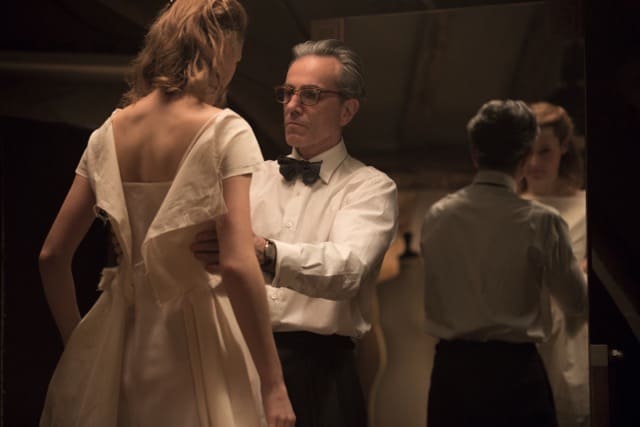 So far, so casually misogynistic. For much of its first act, the film feels like a bitter, twisted take on Pygmalion – a younger woman is forced to accommodate the eccentricities of an older man who lives and thrives in a cocoon of his own worth, wealth and privilege. Take a scene set at the Woodcock breakfast table: Alma’s buttering of a slice of toast proves too jarring for Reynolds’ delicate sensibilities. At a cultural moment in time defined by the #MeToo and Time’s Up movements, it’s hard not to think about issues like gender power imbalances and male entitlement when Alma first enters Reynolds’ rigid household.

But, then, the film shifts gears. Alma, in her own way, pushes back against what is expected of her – both by Reynolds and the audience. She questions his choice of fabric. She decides to surprise a man who clearly does not appreciate the element of surprise, planning a romantic meal that leads to the most aggressive consumption of asparagus you’ll ever see on screen. Suddenly, the tables are turned – or are they? As Alma and Reynolds continue dancing a deadly dance that’s laced with as much attraction as resentment, right and wrong and black and white fade into too many shades of grey.

The trouble is that the film never quite makes a move for the heart. It’s clever, and dark, and almost proudly perverse in its exploration of this match made in somewhere other than heaven. Anderson expertly allows tension to creep into every corner of Reynolds and Alma’s ‘love’ story. But the film treats its own story and characters with such a chilly, cynical detachment that it’s hard to care all that much when the proverbial (and literal!) shit hits the fan.

More frustratingly, we’ve seen it all before. Anderson has already asked audiences to dive with him into the psyches of two characters who are as much man as monster: The Master’s Lancaster Dodd and There Will Be Blood’s Daniel Plainview. Phantom Thread’s Reynolds Woodcock is cut very much from the same cloth. To be fair, Reynolds’ future and fate – unlike those of Lancaster and Daniel – are tied, quite firmly, to the women in his life. That immediately opens the film and its power dynamics up to plausible, if not particularly inspiring, feminist interpretations. Even so, Phantom Thread is ultimately all about Reynolds. The female characters are interesting, sure, but they also exist primarily to shed light (or darkness) on Reynolds – who he is, and how that will shape what he’ll become. 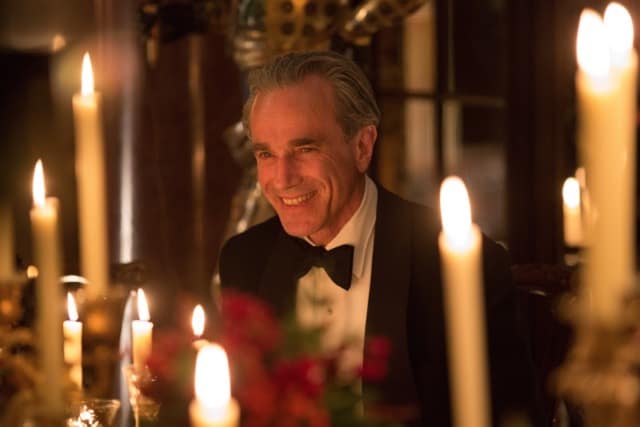 That being said, Phantom Thread is never less than a gripping watch, and much of that is down to Anderson’s superlative cast. As can be expected, Day-Lewis plays Reynolds on a masterful sliding scale, going from charming to sinister and back again, while hitting every note in between. It’s a rich, committed performance, if not quite as dazzling as you might hope for from what Day-Lewis claims is his swan song. Krieps more than holds her own as Alma, somehow radiating innocence and malice, often in the same breath. It’s Manville who steals the show, however; her ever-present Cyril is an intriguing creation, her deference to her brother never fading into a lack of agency.

In truth, there’s a great deal to appreciate about Phantom Thread. Anderson knows just how to deploy everything at his disposal – a top-notch cast, Jonny Greenwood’s stunning score, and the gorgeous London period setting – to create a mesmerising cinematic experience. But, as exquisitely crafted as the film is, it’s becoming harder with each successive Anderson opus to shake the feeling that he’s just treading familiar ground – that he’s fast running out of things to say about hard, horrible (white) men who are drowning, sometimes quite happily, in their own toxic masculinity.