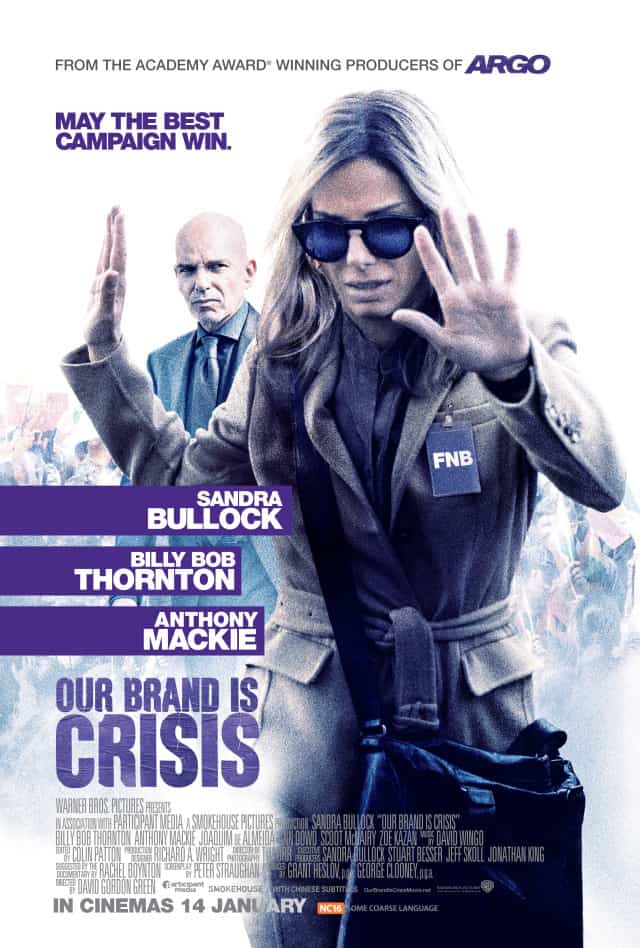 On the electoral battlefield, only best-prepared campaign can emerge victorious. Political consultant Jane Bodine (Bullock) knows that the right campaign can turn even the unlikeliest candidate into a winner. Bodine is pulled out of retirement to manage the campaign of Pedro Castillo (de Almeida), an unpopular candidate running for the presidency of Bolivia. Together with her team Rich (McNairy), Ben (Mackie), Nell (Dowd) and LeBlanc (Kazan), Bodine has to yank Castillo’s polling numbers out of the abyss. Rivera (Louis Arcella), the candidate who is leading in the polls, has hired Pat Candy (Thornton) as his campaign manager. Candy and Bodine have a long, contentious professional rivalry and the desire to beat Candy spurs Bodine on as she rallies to get the Bolivian public on Castillo’s side. In the meantime, she befriends Eduardo (Pacheco), an idealistic young volunteer for Castillo’s campaign, endeavouring to better understand the situation on the ground. 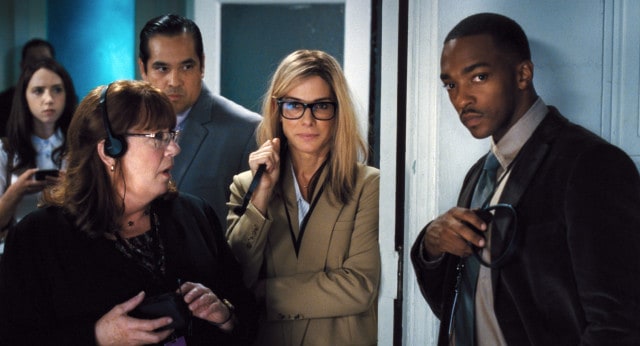 Our Brand is Crisis is an adaptation of the 2005 documentary of the same name. Directed by Rachel Boynton, the documentary recounted the role the Greenberg Carville Shrum political consultancy firm played in the 2002 Bolivian presidential elections. In the hands of director David Gordon Green and screenwriter Peter Straughan, the fictionalised account is a satirical comedy-drama. 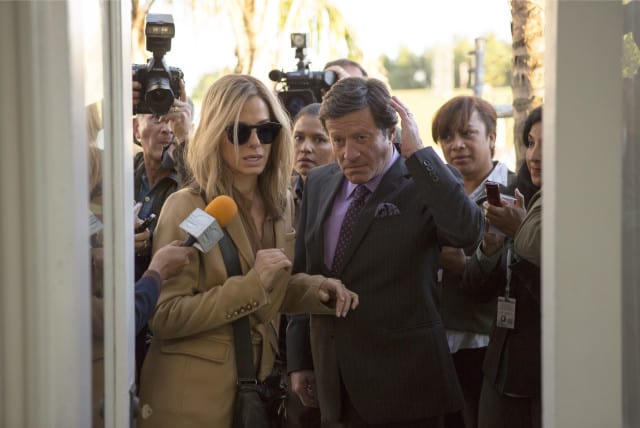 This is an expectedly cynical work, built on the reality that political campaigns are basically branding exercises and that focus groups and demographic testing far outweigh the actual needs and concerns of the voting public. The humour is a way to make this more palatable, but it is hit and miss, resulting in a degree of tonal inconsistency. The out-and-out comedic set pieces, including stubborn llamas, a politician giving a speech from the back of a train and a bus chase that recalls Bullock’s Speed days, feel at odds with the bleakness of the entire political landscape. This approach sacrifices some depth, and Our Brand is Crisis is also guilty of deriving comedy from elements that are foreign to American audiences, which can be seen as insensitive. On top of all this, there’s a liberal sprinkling of pithy maxims, with Jane quoting from Sun Tzu’s The Art of War. 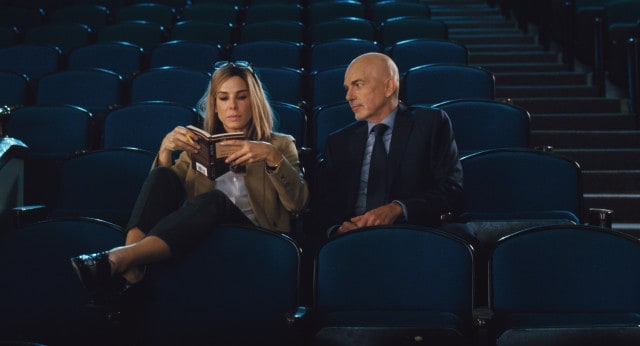 It’s a good thing then that star Bullock is there to hold it all together. The Jane Bodine character plays to all of Bullocks’ strength as a performer, with her dogged determination, suffer-no-fools attitude and the aspect of being a fish out of water. The character is an astute, aggressive go-getter and there are a number of shades for Bullock to play. The role was originally intended for a man, and then rewritten with Bullock in mind. The most intriguing parts of the film showcase the push and pull dynamic between strategist and candidate. De Almeida has mostly played villainous roles in American projects, and Castillo’s inherent unlikeability hammers home the point that Bodine is there to get a job done and not to ensure the “good guys” save the day. 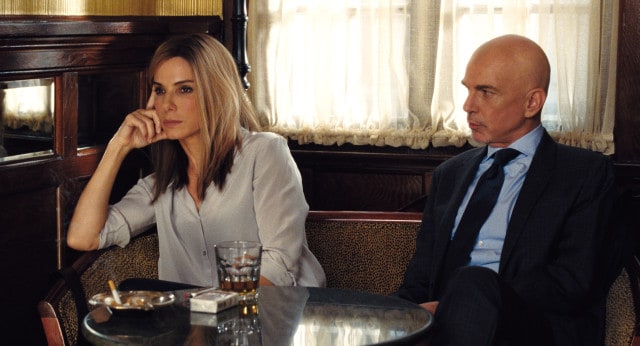 The “bitter rivals” component with the comic one-upmanship that results from it feels like a largely superfluous attempt to make the story more engaging, with Thornton’s Candy coming off as little more than a moustache-twirling villain. McNairy, Mackie, Nell and LeBlanc do give the film some grounding as fairly believable members of the campaign team, conveying the idea that while “Calamity” Jane is their leader, she’s also a loose cannon who sometimes needs reining in. Pachecho delivers a vulnerable, sensitive performance as Eduardo and he is the representative of the common Bolivian citizen, though the character’s function in the narrative does sometimes lean on the manipulative side.

While not particularly insightful, there’s no denying that the subject matter of Our Brand is Crisis is fascinating. The film flopped at the U.S. box office, perhaps in part because it was sold as being “from the producers of Argo”. It’s a touch ironic that Our Brand Is Crisis had some issues with its own branding. The opportunity to explore grim, shady geopolitical realities in an impactful manner is eschewed in favour of petty revenge shenanigans and comedy that’s broader than it should be, but Bullock’s performance is just enough to string it all together.

Summary: While suffering from tonal issues and a lack of biting revelation into the seedy underbelly of the political campaign business, Our Brand is Crisis manages to entertain and smartly utilises the talents of its leading lady.