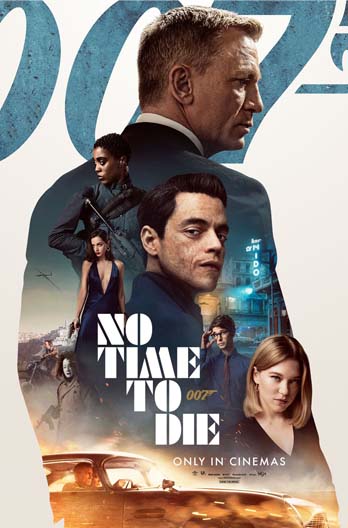 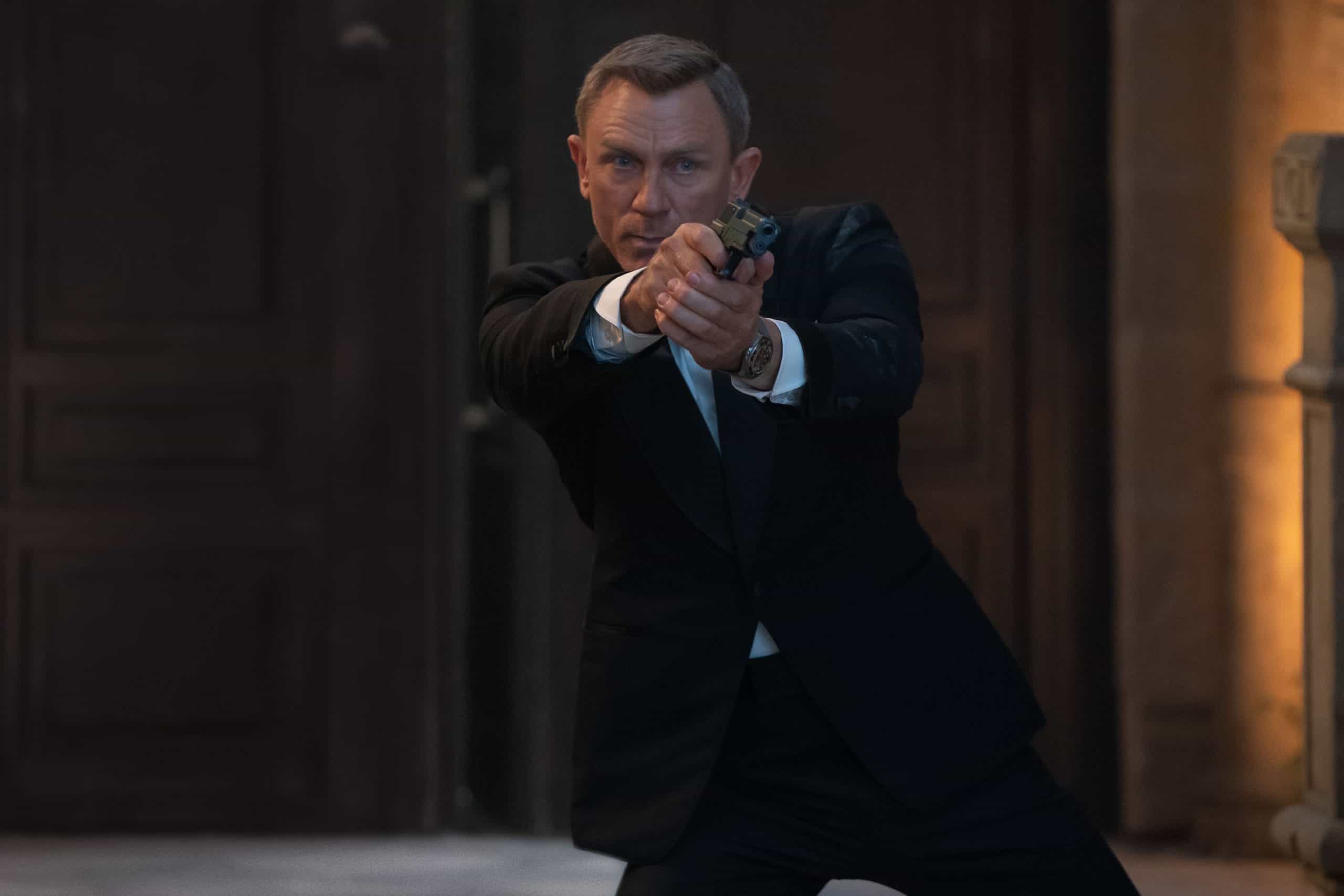 The Low-Down: “James Bond will return” – these are the reassuring words at the end of the credits, promising moviegoers that further adventures await the cinematic superspy. The previous Bond movie Spectre was released in 2015, with the release of this film being delayed multiple times thanks to the pandemic. Finally opening in 2021, the six-year gap is tied with the interval between 1989’s License to Kill and 1995’s Goldeneye for the series’ longest. The wait is over as the curtain comes down on Daniel Craig’s tenure as 007. 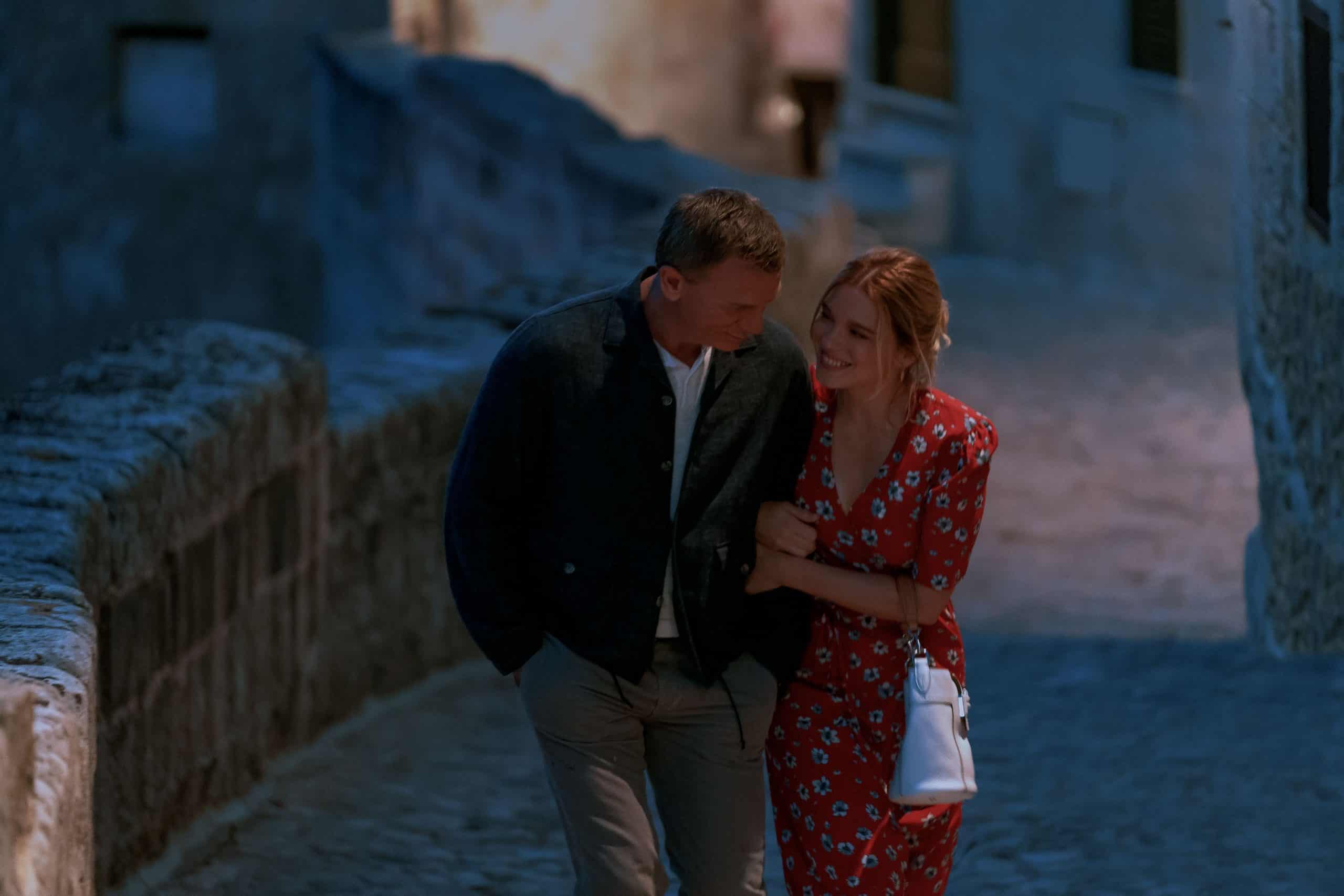 The Story: Over the course of the previous film Spectre, James Bond (Daniel Craig) fell in love with psychotherapist Madeleine Swann (Léa Seydoux), the daughter of a deceased high-ranking member within the terrorist organisation Spectre. A now-retired Bond is pulled back into the fray by long-time ally, CIA agent Felix Leiter (Jeffrey Wright). A secretive weapons program presided over by MI6 head M (Ralph Fiennes) has fallen into the wrong hands. Lyutsifer Safin (Rami Malek), a villain linked to Swann’s past, has employed scientist Valdo Obruchev (David Dencik) to further develop said weapon, codenamed Heracles. Alongside allies like quartermaster Q (Ben Whishaw), newly minted 00 agent Nomi (Lashana Lynch) and rookie CIA operative Paloma (Ana de Armas), Bond must prevent a global catastrophe as secrets from both his and Swann’s past are revealed.

The Good: There is a lot riding on No Time to Die. Anyone who has paid attention to the film’s production history knows it was a rocky road, replete with not just the repeated delays but also director replacements, on-set injuries and even an explosion at the studio. There is nary a sign of that turbulent production on the screen. No Time to Die is spectacular, a sturdy, finely crafted epic that seeks to deliver both what long-time fans have come to expect of the franchise, while also shaking things up. The screenplay is credited to long-time Bond scribes Neal Purvis & Robert Wade, but also director Cary Fukanaga and Killing Eve writer/Fleabag herself Phoebe Waller-Bridge, indicating a mix of the classic and the new. This is an attempt to wrap a standard Bond adventure in a larger arc, an attempt that mostly succeeds.

The film will no doubt prove divisive, perhaps with critics liking it more than audiences will, but this reviewer is impressed. The references to the almost-70-year-long cinematic history of James Bond are nicely scattered throughout the film instead of laid on too thick. For example, the villain’s lair nods to Dr No and You Only Live Twice in its design, while elsewhere, there are numerous references to On Her Majesty’s Secret Service. How the character, firmly a product of post-war Imperialist escapism, evolves with the times is always interesting to observe. Director Cary Fukunaga displays an understanding of the films’ appeal while also attempting to inject a level of gravitas and palpable emotion which the Daniel Craig-starring movies have already had more of compared to their forebears. Cinematographer Linus Sandgren shoots the various international locales from Jamaica to Norway handsomely, while Hans Zimmer’s score enhances the scope of the film (if sometimes sounding like recycled bits of his work on the Dark Knight trilogy). 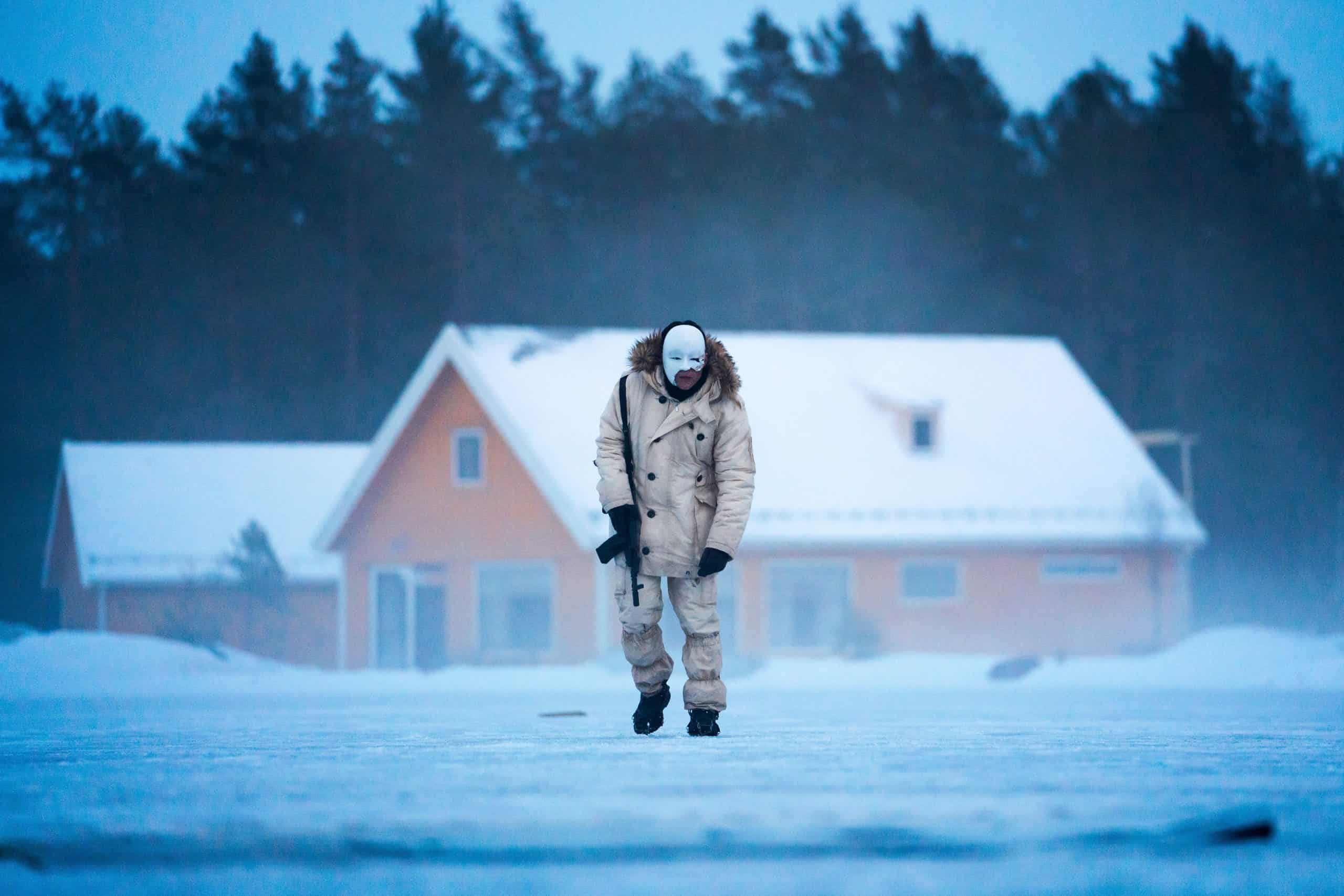 The Not So Good: Clocking in at 163 minutes but feeling significantly shorter than that, there’s a lot going on here. There are things about this movie that will be talked about for a while to come, but in trying to serve up certain Bond elements that moviegoers will expect, No Time to Die does a good job, if not a remarkable one. We get an okay Bond villain, okay Bond girls, an okay lead henchman and an okay Bond theme (albeit one this reviewer still enjoys a lot more than “Writing’s on the Wall”, from Spectre). Perhaps Safin is a notch above “okay,” owing to Rami Malek’s genuinely creepy performance. Part of why the series needs reinventing is there are only so many permutations of these stock elements, No Time to Die seeming to prove this point while doing some reinvention of its own. However, the sheer overall impact of the movie elevates everything that’s “okay” to “good” and beyond. The reliance on continuity strengthens characters’ arcs, but also means that casual moviegoers might sometimes feel lost. 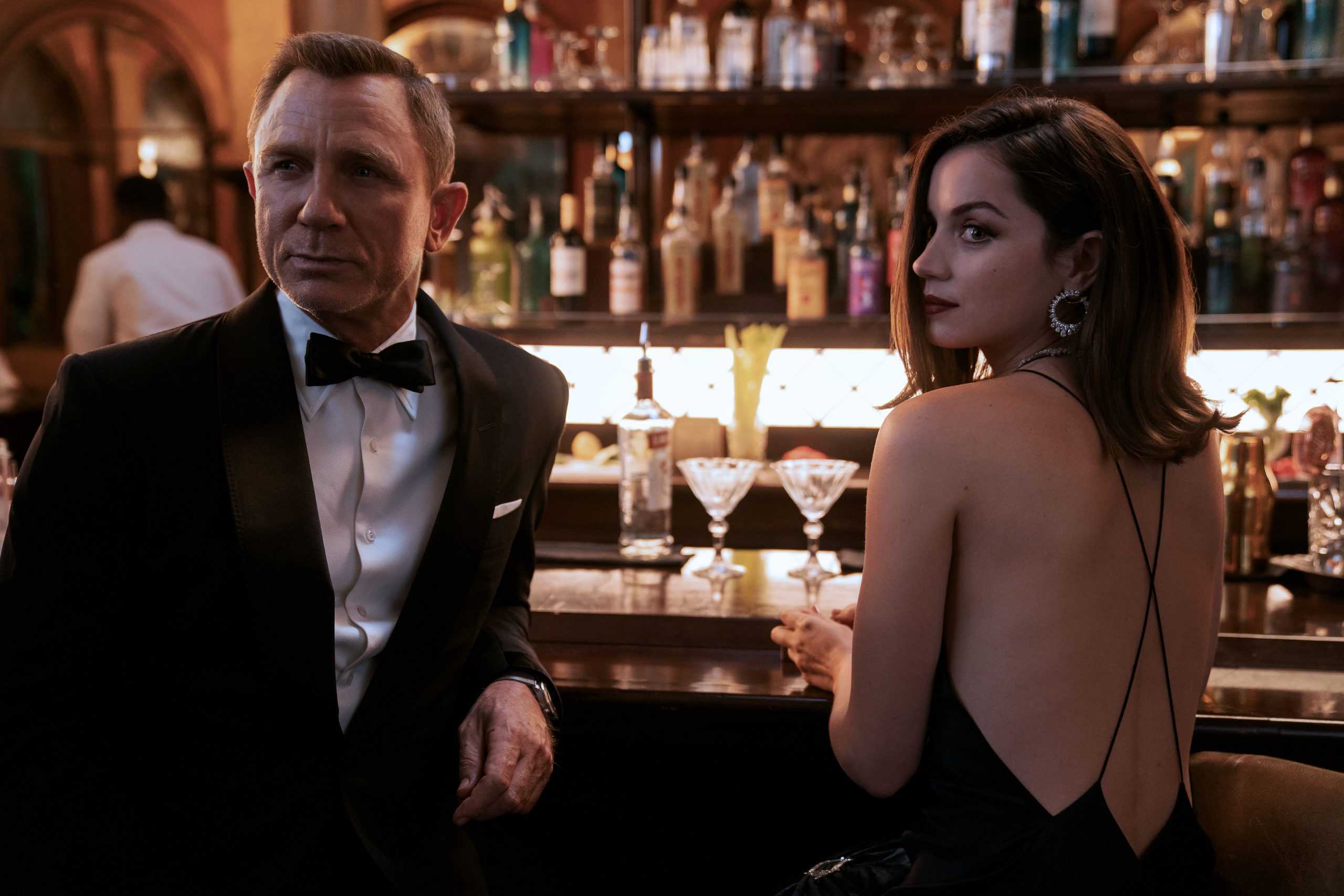 Bond women: A constant topic that crops up around the Bond films is the treatment of the women in them. Bond women are often disposable conquests, sometimes Bond’s equals, but none ever stick around. This is the first time an actress has played the same leading lady in two Bond films. Madeleine Swann is often a damsel in a degree of distress, but also has plenty of layers to her, and it is her baggage and the secrets of her past that propel the plot of No Time to Die. Meanwhile, the kickass quotient is provided by Lashana Lynch’s Nomi and Ana de Armas’ Paloma – Bond must come to terms with being succeeded by someone quite different from him, and the interplay between the former and current 00 agents is entertaining. 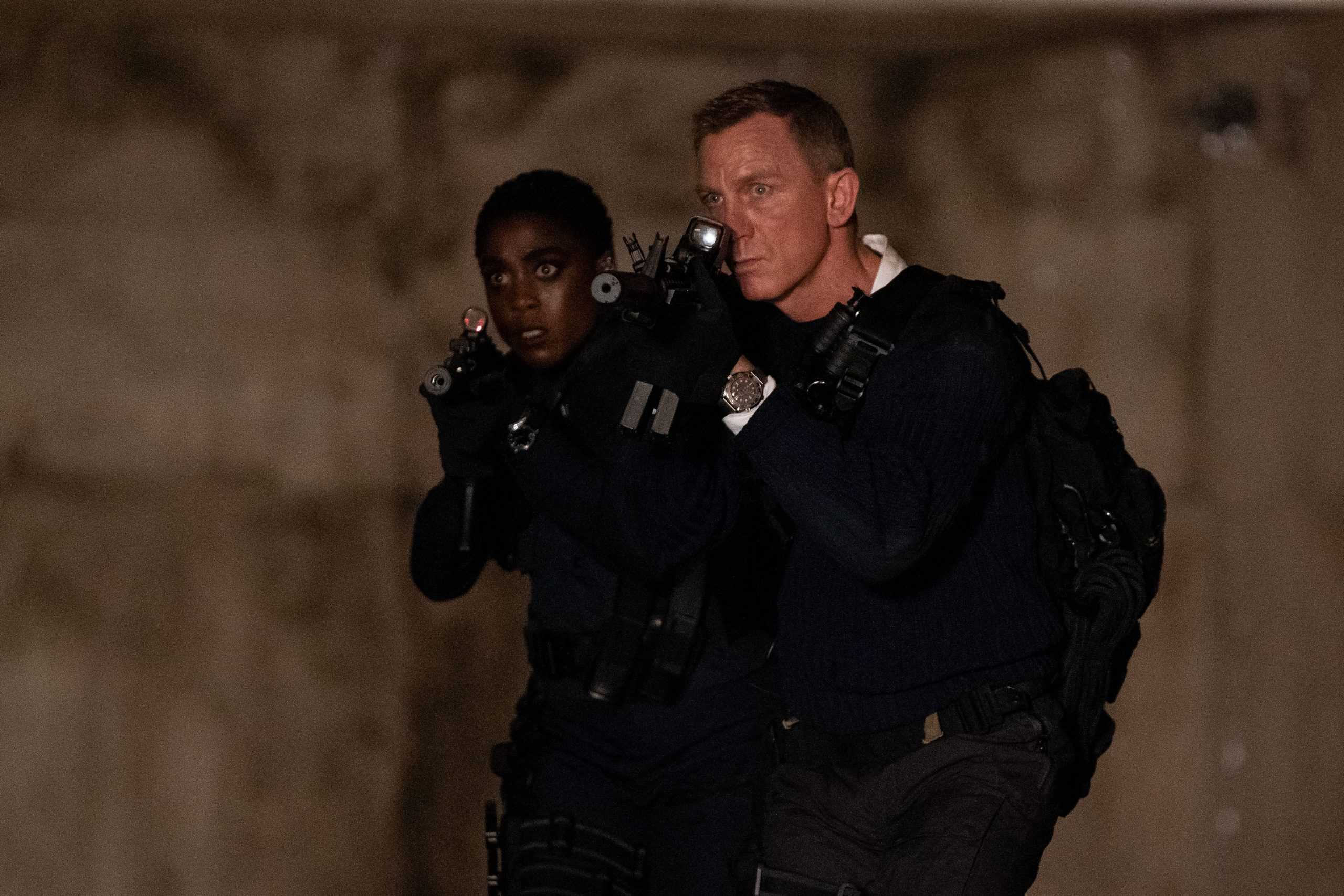 No Timeline to Die: The Bond series is interesting because in the mainline Eon Productions films, all the actors from Sean Connery through to Pierce Brosnan seemed to roughly be playing the same James Bond character, with certain supporting cast members carried over across multiple Bond actors. Casino Royale, Craig’s debut, was the first Bond film to explicitly be a reboot. This means that one can watch all five of Craig’s movies back-to-back and get a complete arc of a character who goes from rookie, to in his prime, to retirement. None of Craig’s predecessors really got a grand send-off in their final movie, so the closure provided in No Time to Die is strangely novel.