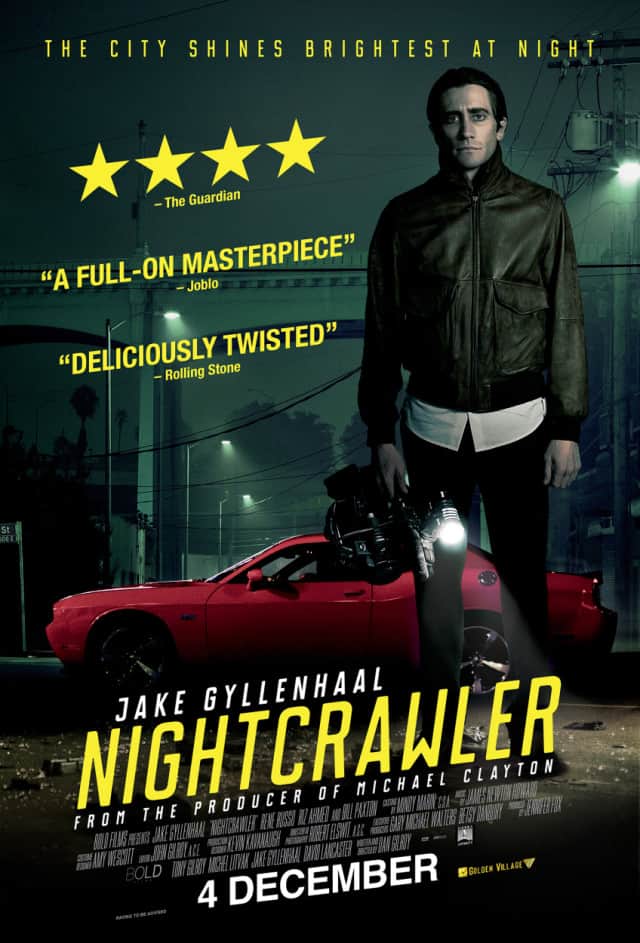 How often do you come across a film that’s at once a horror movie and an incisive commentary on society? How about a psychological thriller that’s packed with action beats, or a workplace drama weighed down by shades of the macabre? It’s an explosive combination that has rarely been seen since Martin Scorsese’s seminal Taxi Driver from 1976. And yet, Dan Gilroy pulls it all off with Nightcrawler, his frankly astonishing, remarkably assured first feature film as a director – one that benefits hugely, too, from a tight, dark and awkwardly funny script that he penned himself. 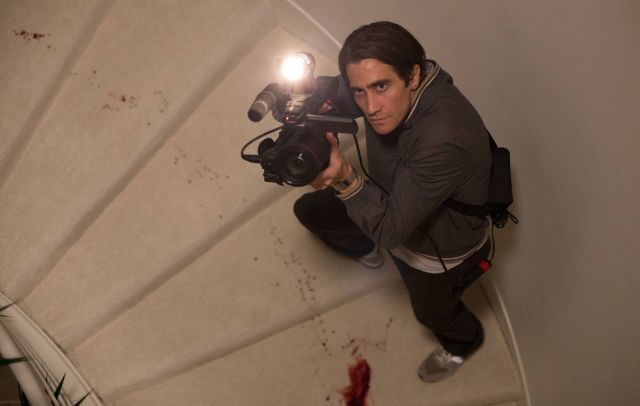 Gilroy’s words and camera revolve around Lou Bloom (Gyllenhaal), an unemployed man thirsting for a job in a parched economy that can no longer sustain the ambitions of its youth. However hard he tries, Lou just can’t convince anyone to give him the opportunity to prove what a smart, good, dedicated worker he is. Finally, he stumbles upon a ‘nightcrawler’ – a breed of video reporter, or paparazzi, who prowls through the night shooting footage of crimes and misdemeanours that can then be sold to television studios to headline their morning news shows. Lou decides to get in on the game, working his way up with a thrift-store camcorder and no shortage of ambition. Soon, as he grows ever more comfortable in making money out of the misfortunes of others, one begins to wonder: is he capturing the news… or creating it?

What’s so impressive about Nightcrawler is how it shifts so easily and confidently between genres and ideas. Gilroy has found an electrifying premise that allows for drama, action, comedy and horror to share screentime, frequently in the same scene. In one moment, Lou seems to be a go-getting entrepreneur in a workplace comedy, as he reels off trite management tactics he downloaded into his brain from the Internet. In a heartbeat, the film spins him into the realm of psychological thriller, as he uses these same broad dictums to justify his increasingly criminal, morally questionable pursuit of success. From delivering yet another truism-laden lecture to his hapless intern, Rick (Ahmed), on how to get ahead in life, Lou leaps into action – cutting corners and causing accidents to beat other nightcrawlers to the scene of a crime. 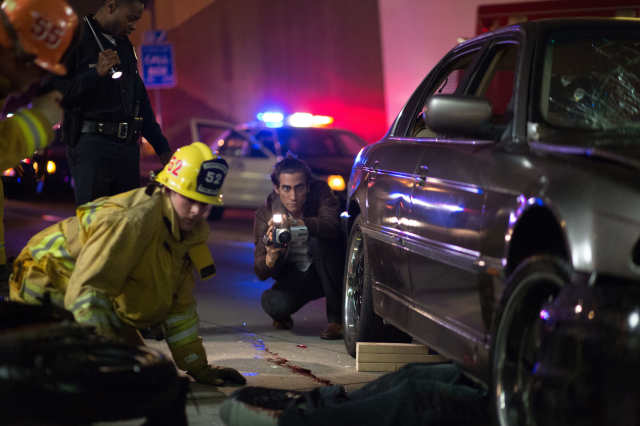 There’s plenty of room here for social commentary and satire, too, which Gilroy subtly peppers throughout his script. The film cheerfully skewers the unquenchable voracity of the 24-hour news cycle, while laying out the possibly dire consequences of feeding this hunger. Morning news director Nina (Russo) may become complicit in Lou’s efforts as she continually pushes the boundaries of what can be shown in a telecast, but, as consumers, we’re no less to blame in driving up the ratings when bloody, broken bodies and raging flames are splashed across our television screens. Ours is a world in which Lou Bloom gets away with and, in fact, is rewarded for what he does – and so he keeps doing it.

The relationships that form between Lou and the other characters in the film are also rich with darkness and detail. His dynamic with Nina morphs from one of subservience to control – when he has all the cards, he places a chilling offer on the table that she both can and can’t refuse. It’s a moment as terrifying as anything you’ll see in a horror movie: a situation in which the victim plunges, eyes open, towards her doom. Rick provides comic relief and pathos in equal measure, as his failed attempts at navigation threaten to shatter Lou’s resolutely unflappable exterior. 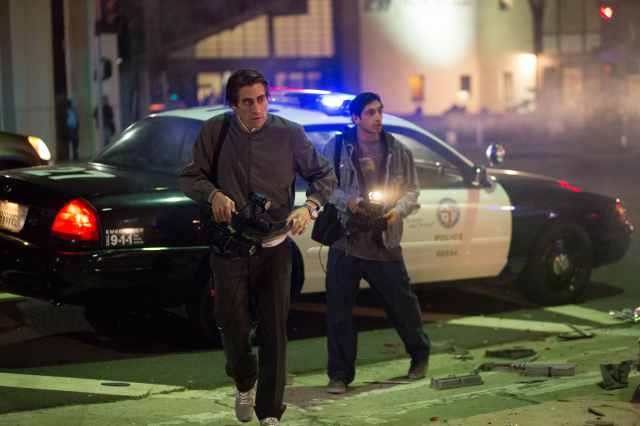 Nightcrawler would not be half as effective as it is without the shiveringly good lead performance at its heart. Gyllenhaal, who shed over 9kg for the part, prowls through the film with a lean, singleminded hunger in his unblinking eyes, flesh stretched taut over his cheekbones. He slips easily and imperceptibly into character, whether he’s playing Lou’s grasping desperation when looking for a job, or his completely cool, unruffled stillness as he wends his way through a house still fresh with the taint of murder and bloodshed. It’s not so much that he plays Lou without a heart – rather, he finds the odd burst of unyielding humanity in this lonely, strange, sociopathic creature, which makes for an altogether more unsettling experience. Unlike ghouls and ghosts and other supernatural creatures of the night, this is a monster who can walk unnoticed among us – recognisably human, and yet not, all at once.

If there’s anything amiss with Nightcrawler, it’s that the film can come across as detached and analytical – it may blaze hot with its myriad ideas and themes, but never quite manages to raise its temperature above a chilly iciness. It connects with its audience through visceral shocks rather than emotional engagement. But that is, of course, almost entirely the point of the film. Gilroy wants us to watch through our fingers as Lou forces his career to live up to his expectations. He wants us to squirm, to flinch, to be repulsed, while never quite managing to tear ourselves away. This approach might alienate many viewers, but those who stick with Nightcrawler all the way to its bitter, bloody end will be rewarded with one of the scariest, smartest and most thought-provoking films of the year. 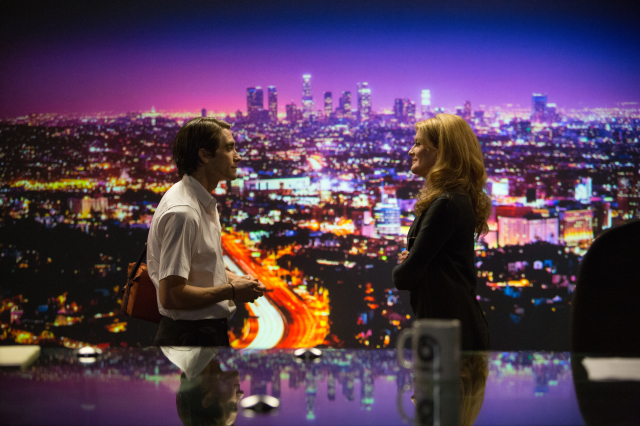