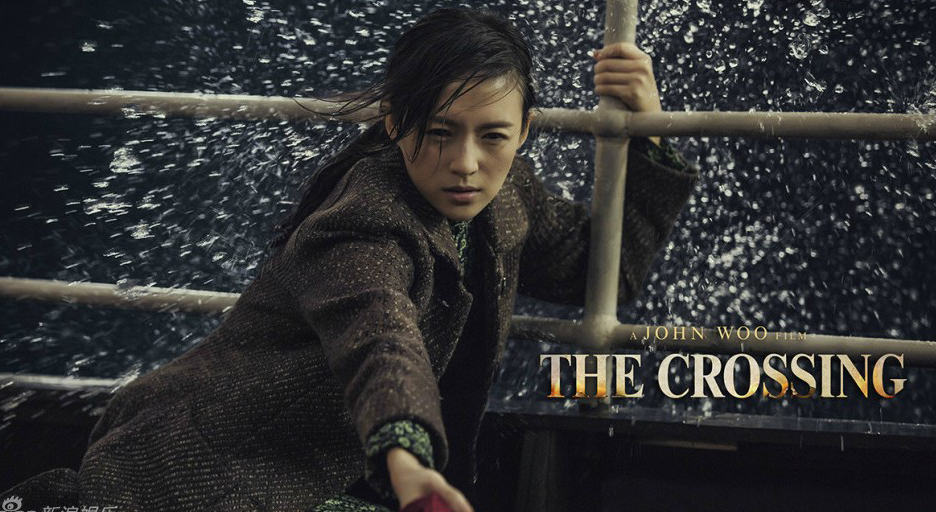 Since the release of the teaser poster in early 2014, “The Crossing” finally sets release date for December. A two-part movie, “The Crossing” Part 1 will be released in China on 2nd December while the date for Part 2 will be announced again in 2015.

John Woo emphasises on the themes of faith, hope and destiny. More importantly, the power of love which triumphs during turbulent periods of war and revolution.

When John Woo heard about the story of the liner “Taiping” from “Lust, Caution” screenplay writer Wang Huiling in 2008, he was deeply moved and hence decided to make a historical romance film with the best team possible to portray stories that happened during that tumultuous time.

However, in year 2012, John Woo was diagnosed with cancer and had to defer the shoot. “While I was receiving treatment in the States, I saw a bad film and I thought to myself, I could not just die like that. I can’t just go away without making a film which I think is perfect,” John Woo shared.

The Crossing features an ensemble of international and well-known artists across China, Taiwan, Hong Kong and Japan. John Woo is very specific about the casting. Each artist is carefully selected to bring qualities to the characters that they are playing.

“The Crossing” would be as epic as “Gone with the Wind” but John also promises to deliver exciting visuals despite making a different genre as before.

Yan returns to Taiwan only to find out that his lover, Noriko (Masami Nagasawa), has been repatriated to Japan. As for Tong, he falls in love with a nurse, Yu Zhen (Zhang Ziyi).

Life seems peaceful for awhile until the Chinese civil war breaks out and changes the lives of many. In fear of political changes, many rush to board the Taiping, a Chinese steamer that is heading for Taiwan. A last ray of hope for the people, the ship departs…unfortunately, it meets with an accident and capsizes. Is all hope gone or will there be a chance of survival?

The Crossing opens in Singapore on 4 December 2014.