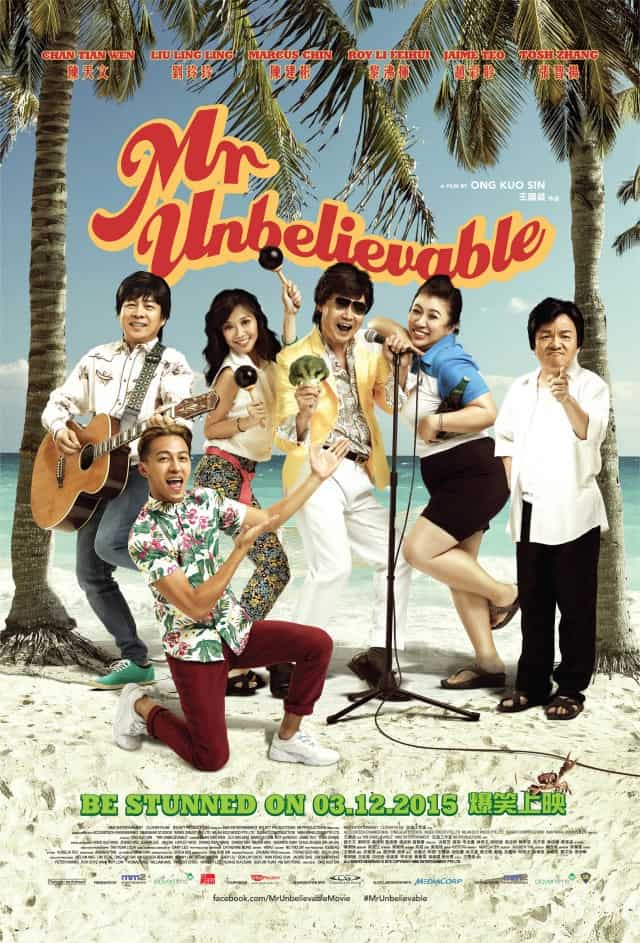 This reviewer was not in Singapore when Chen Tian Wen’s “Unbelievable” first took the Internet by storm earlier this year, but heard all about it anyway courtesy of his 9GAG-surfing Brazilian housemate. Where countless Singapore Days and beauty pageant national costumes had failed, a silly song from a local sitcom succeeded: Our island home finally made its mark on the global pop-cultural consciousness. Small wonder, then, that the powers-that-be in the local entertainment scene would seize the chance to milk the song for all it’s worth by churning out a movie predictably titled Mr. Unbelievable to announce its provenance. But believe it or not, Mr. Unbelievable is actually a real riot to watch, with none of the heavy-handedness or self-conscious posturing that has cramped the style of so many local comedies. In fact, it’s so unabashedly silly that you’ll be laughing at all the lame puns and clichéd scenarios in spite of yourself. 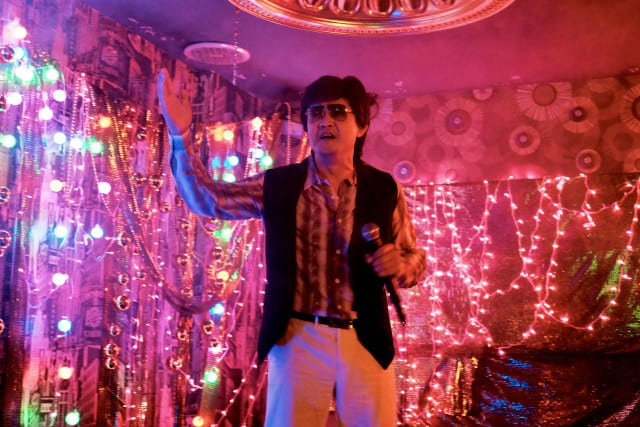 Mr. Unbelievable chronicles the life journey of one Eric Kwek Hock Seng (Chen Tian Wen), who is literally the same age as Singapore and has the overblown sense of patriotic love to show for it. Brought up by his master and surrogate father Lo Man (Marcus Chin) in a getai­-singing environment, Eric harbours lofty dreams of making it big as a language-transcending singing idol. When the government clamps down on the use of dialect in getai performances, Eric tries to convince his master to allow him and his fellow disciples Ah Fei (Roy Li) and Ah Hua (Jaime Teo) to sing one of his original compositions on stage instead. Said compositions feature traditional getai-style melodies, but grammatically sound (for the most part) English lyrics instead of Hokkien or Cantonese. And just like that, a new unbelievable music genre is born. 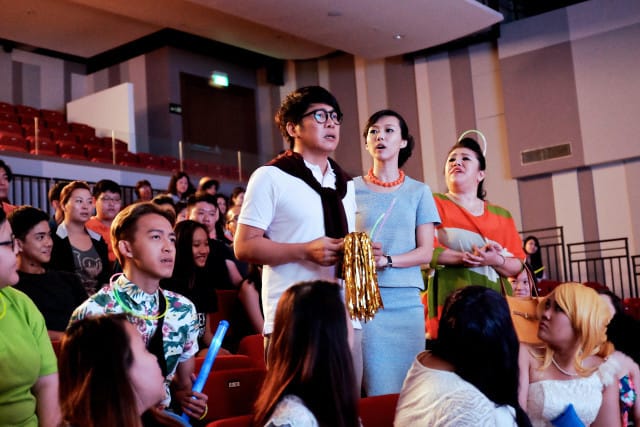 Suffice it to say that Eric does some fairly unlikeable things in the movie and pretty much succeeds in pissing off all the other characters at one point or another. He makes mean comments about his girlfriend Man Li’s (Liu Ling Ling) weight, and pokes fun at his protégé Lawrence (Tosh Zhang) for being a calefare despite not having much of a career himself. It’s only through Chen Tian Wen’s nuanced portrayal that Eric still ends up garnering the audience’s sympathy and support. Chen is campy and flamboyant in the frequently interspersed musical numbers, but appropriately sullen and morose in the more dramatic scenes. Both the goofy charm that was such an integral part of the original music video’s success and the acting chops he displayed in Ilo Ilo are in full flight here, and it’s clear that Chen is enjoying his long-overdue moment in the sun with his first ever lead role. 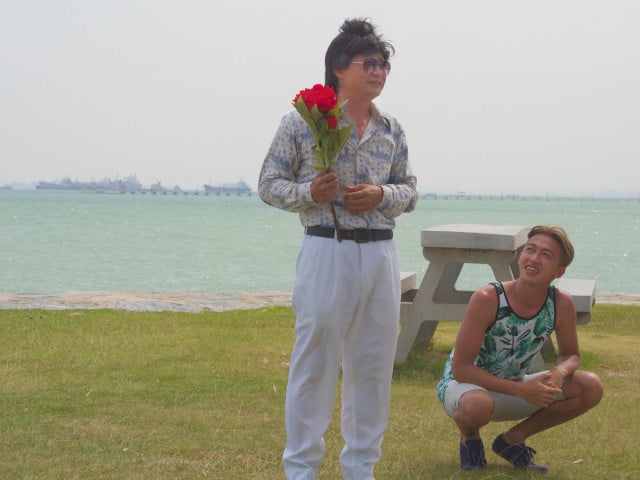 Capitalising on the considerable comedic talents of its lead actor and supporting cast, Mr. Unbelievable brings on the laughs in truckloads. Director Ong Kuo Sin was also the diabolical mind behind the original song, and his acute sense of the humourous utilises each cast member’s strengths to maximum advantage. Industry veterans such as Chen, Liu Ling Ling and Marcus Chin are all consummate comedians, but there is a particular ease with which their joie de vivre is conveyed here which speaks volumes about the utter lack of pretentiousness in Mr. Unbelievable. Everything from the pseudo-action sequences to the plot twists is unbelievably (OK, OK, we’ll stop doing that) cheesy and contrived, but precisely because the film doesn’t pretend otherwise, all that cheesiness becomes part of its appeal instead. 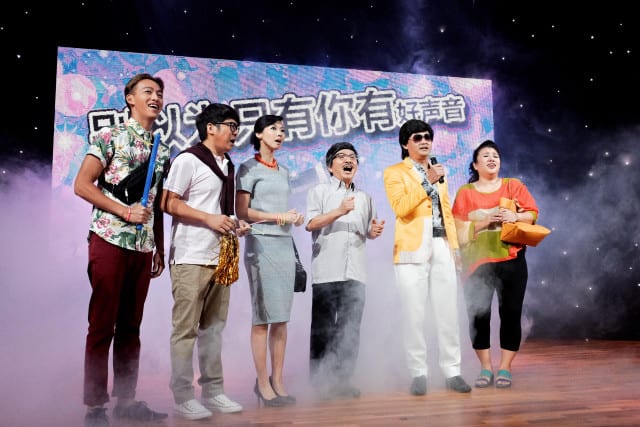 Another big part of the film’s appeal is undoubtedly the music. Chen’s Eric Kwek has a few new English getai songs to sing, and they’re just as hilarious and random as the original (if not quite as effortlessly catchy). While Liu Ling Ling doesn’t belt out any tunes this time around, Marcus Chin does, with a sentimental Hokkien ballad that reminds everyone he isn’t just a funnyman who frequently becomes the butt of his co-stars’ jokes. The challenges faced by the getai scene in the wake of the government’s anti-dialect crusade are also refreshingly depicted, and tying Eric’s musical innovations in with a semi-buried phenomenon in Singapore’s past gives the film an unexpected gravitas. It’s pretty unorthodox to lump a celebration of musical heritage together with a basket of lowbrow laughs, but somehow it works, just like the contrasting linguistic and musical traditions in “Unbelievable” somehow won over the hearts of Singaporeans. 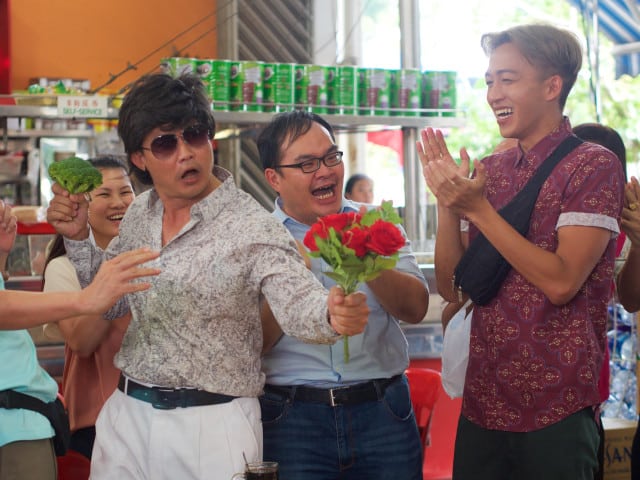