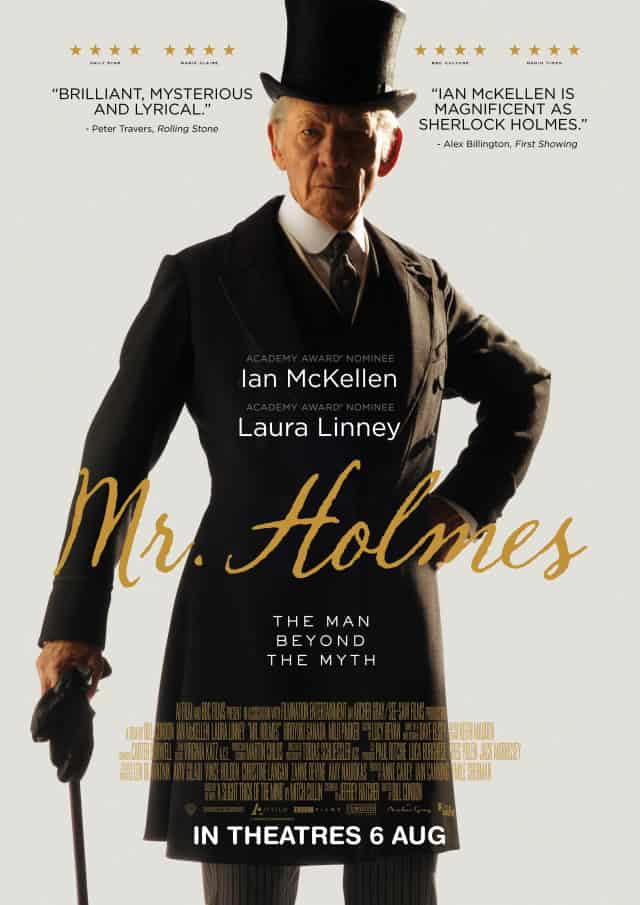 Sherlock Holmes – he’s the greatest detective who ever detected, the greatest sleuth who ever sleuthed and the greatest crime-solver who ever, uh, solved crimes. In this film, we find Sherlock (McKellen) in his twilight years. It is 1947 and a 93-year-old Sherlock has long since retired from detective work, living in a remote farmhouse in Sussex with housekeeper Mrs. Munro (Linney) and her young son Roger (Parker). Holmes has taken up beekeeping, harvesting royal jelly in the hopes of improving his failing memory. He makes a trip to Hiroshima, meeting up with plant enthusiast Matsuda Umezaki (Sanada) in search of the fabled prickly ash, which Sherlock hopes will prove more effective in staving off senility than the royal jelly. In the meantime, he revisits his final case involving a mysterious woman with a peculiar obsession (Monahan) – the case that brought about his self-exile. 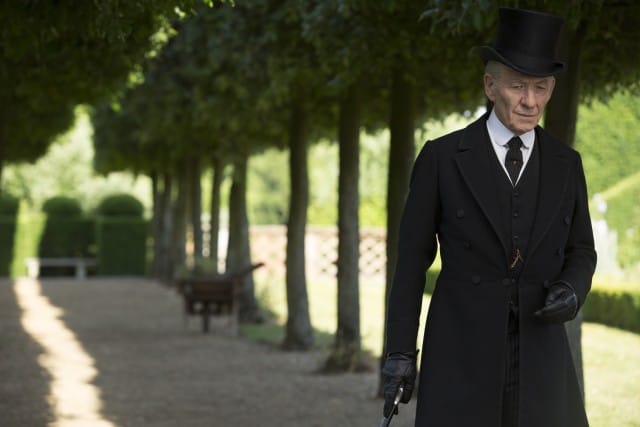 The Guinness Book of World Records lists Sherlock Holmes, originally created by Sir Arthur Conan Doyle, as the “most portrayed movie character”. The iconic detective has been played by over 70 actors in more than 200 films and to call Sir Ian McKellen a worthy addition to that pantheon would be an understatement. The character has been through myriad interpretations in his nearly 130 years of existence and Mr. Holmes can stand alongside the recent contemporary re-imaginings of the character, each take bringing something different to the table. This film is based on Mitch Cullin’s novel A Slight Trick Of The Mind, adapted by screenwriter and playwright Jeffrey Hatcher. Modern audiences have grown enamoured with the BBC series featuring Benedict Cumberbatch’s mercurial, misanthropic Sherlock paired with Martin Freeman’s harried everyman Dr. Watson. Here, we find that Sherlock and Watson’s partnership has dissolved and that Watson has been writing fictionalised accounts of Sherlock’s cases. This is Sherlock at a point of his life that we don’t see too often, but he is by no means less interesting a character. 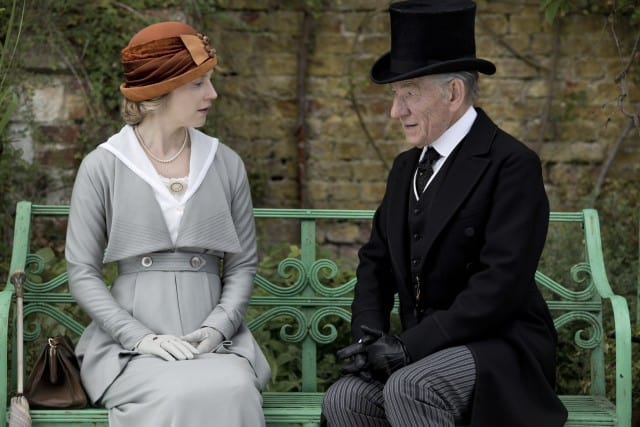 The film is slowly paced and while there is an element of mystery, it is intended that the audience be captured not by a whodunit but by the enigma of the title character himself. There is a sense of scope to the tale, which sees Sherlock visit a post-Second World War Japan. A moment in which he sees a woman scarred by radiation poisoning and stops in his tracks, shaken, is effectively haunting. A good deal of the film is spent on the bond the elderly Sherlock forms with the precocious Roger, played by Milo Parker, a child actor very much in the Thomas Brodie-Sangster mould. This relationship is given meaningful development rather than being superficially twee. The primary conflict arises from Mrs. Munro’s concern that her son is spending too much time with Sherlock and chasing intellectual pursuits when she means for him to live and work at an inn her sister runs. This feels believable and earned. 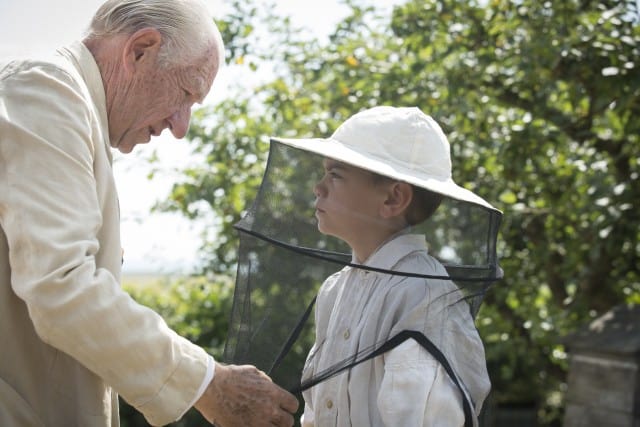 The film also takes a meta-fictional look at the cultural impact of Sherlock Holmes, with Sherlock directly addressing the depiction of him wearing a deerstalker hat and smoking a pipe, calling these mere embellishments of Watson’s illustrator. In an amusing scene, Sherlock goes to see a movie based on a book Watson has written about him – the actor playing Sherlock in this film-within-a-film is portrayed by Nicholas Rowe, who played Sherlock in 1985’s Young Sherlock Holmes. There is the sense that Sherlock himself is struggling to parse where the legends end and the real person begins. McKellen is able to bring out many colours in his portrayal of Sherlock, fleshing out the character rather than presenting a mere assemblage of tics. Because the use of his mind has been so important to him all his life, it is all the more heart-rending to see Sherlock come to grips with his waning faculties. 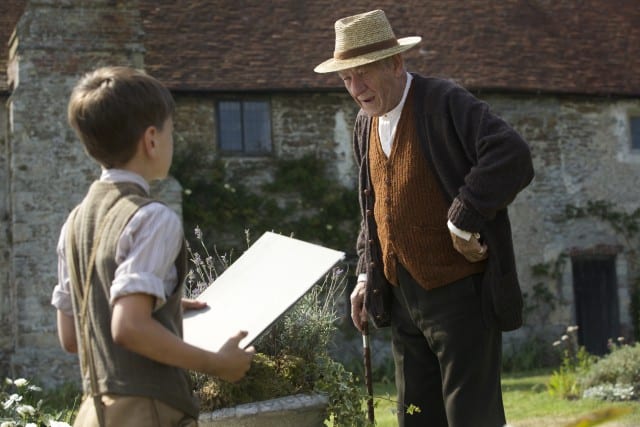 Director Bill Condon paints a picture of Sherlock in which whatever cases the character is working on are secondary, with Sherlock Holmes, “the man beyond the myth” as the tagline puts it, at the fore. For those itching for a whodunit and who derive satisfaction at seeing the great detective unravel labyrinth mysteries, Mr. Holmes won’t quite do the trick. However, as a character study and commentary on the cultural impact of Sherlock Holmes, it is intimate, well-acted and emotional.

Summary: Once you’ve come to terms with the fact that Mr. Holmes is a character piece rather than a thrilling mystery, it’s easy to embrace Ian McKellen’s stirring portrayal of the iconic detective.