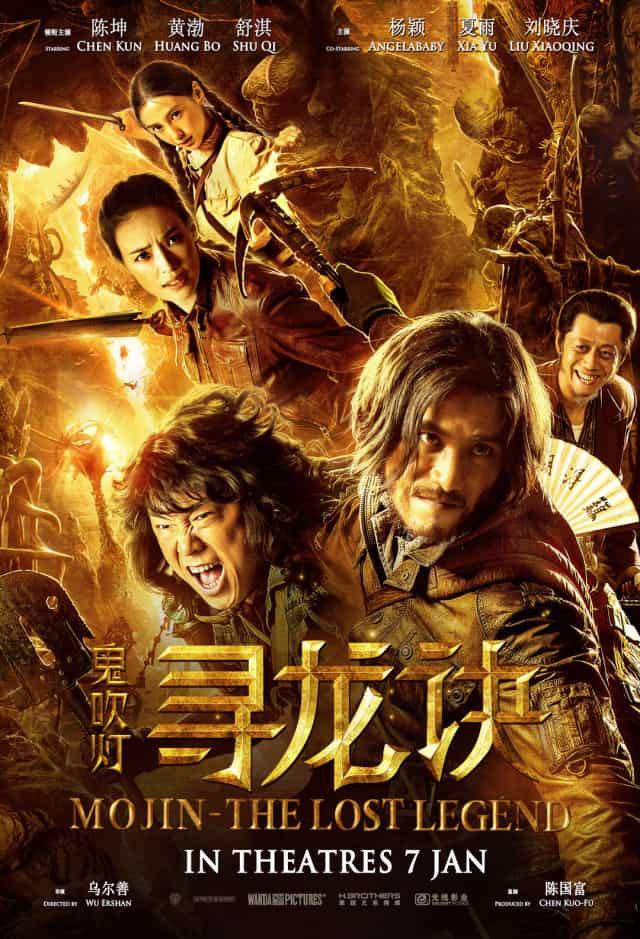 It’s into the dusty, booby-trapped depths we go with our intrepid trio of heroes in this fantasy adventure. It is 1988 and grave-robbing explorers Hu Bayi (Chen), Wang Kaixuan (Huang) and Shirley Yang (Shu Qi) have retired to New York City. The three are the last remaining members of the Mojin Xiaowei, an ancient secret order of treasure hunters. Despite washing their hands of their dangerous exploits, the trio are drawn back into the fray when an incident from Hu and Wang’s days as teenagers in the Red Guards involving the fate of their mutual crush Ding Sitian (Angelababy) comes back to haunt them. Their middleman “Big Gold Tooth” (Xia) secures a contract with wealthy CEO/cult-leader Ying Caihong (Liu), who is in search of the mythical Equinox Flower artefact, believing it can grant her immortality. Deep within long-buried tombs, the Mojin come face-to-face with the past in more ways than one. 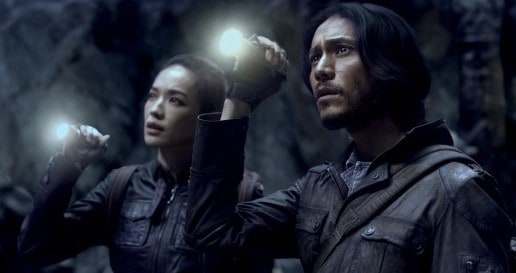 Mojin – The Lost Legend is based on Zhang Muye’s best-selling fantasy novel Ghost Blows Out the Light, functioning as sort of a sequel rather than a straight adaptation. The novel also spawned an unrelated film called Ghost Blows Out: The Nine-Story Demon Tower, released in September 2015. Don’t ask us how the rights worked out, maybe It’s a Thunderball/Never Say Never Again-type deal.

This reviewer loves a good old-fashioned adventure flick and counts the Indiana Jones films, especially Last Crusade, as some of his favourite movies ever. Mojin promises lavish spectacle and pulse-pounding action, but instead it is muddled and bloated. Quest movies are by nature straight-forward affairs, but Mojin is pointlessly convoluted to a dizzying extent. The attempts at comedy are grating, the emotional scenes fall flat and the action sequences are flashy but ultimately unremarkable. During an extended flashback in which Little Red Book-brandishing, Mao-quoting Red Guard youths fend off zombie WWII-era Japanese soldiers, the film becomes Nationalist Treasure. The production design by Hao Yi features several cavernous sets bursting with intricately-carved details, but there’s a disappointing monotony to the subterranean chambers that is sorely lacking visual flair.

While there is an attempt to flesh out two of the three leads by way of afore-mentioned flashback, there’s still far too little to hook on to. Hu and Shirley have a contentious love-hate relationship which is supposed to be romantic in a screwball fashion but is tedious instead. Chen is boring, Huang mugs for the camera and Shu Qi is just doing the Lara Croft thing, right down to the braided ponytail. Angelababy makes for a suitably dreamy hypotenuse to a love triangle between wistful youths, but that subplot feels entirely out of place in this adventure flick. Xia Yu is downright insufferable as the whiny, lily-livered Big Gold Tooth and Liu adds nothing to the “wealthy benefactor with a shady past” archetype we always see in films of this type. On top of all that, we have Cherry Ngan playing a henchwoman clad in a Japanese schoolgirl uniform, clearly aping Kill Bill’s Gogo Yubari.

The visual effects work here is markedly more competent than in many recent Chinese films, though there are several sequences that are still some ways off from being convincing. From the martial arts to the rickety rope bridges to the hordes of undead guarding the buried treasure, Mojin – The Lost Legend has all the makings of a rousing adventure romp, but it never quite gets into gear. There are only so many times people can outrun a collapsing tomb before it gets tiresome. At once frenzied and listless, Mojin – The Lost Legend doesn’t make good on its promise of pulpy thrills. 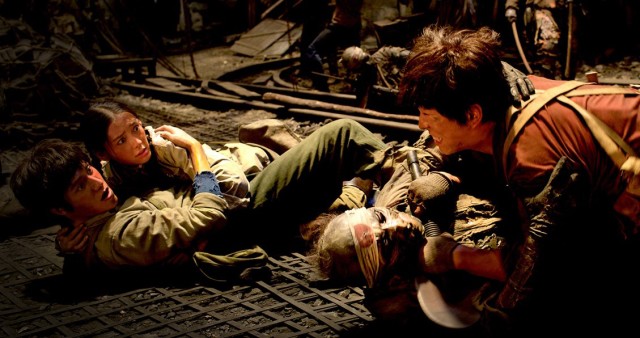 Summary: A convoluted plot and characters that are either one-dimensional or downright annoying stand in the way of genuine adventure movie fun.