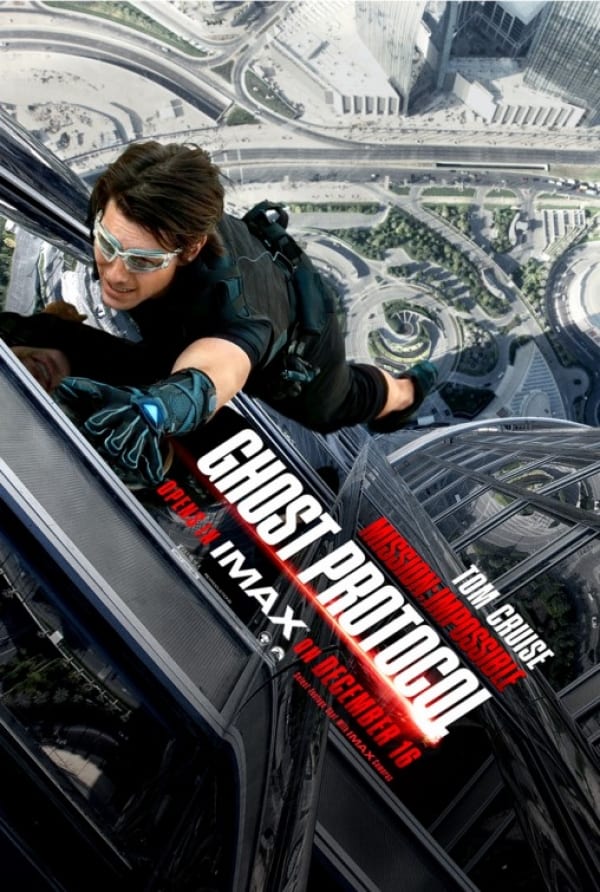 In a world where the IMF is a covert operative instead of a bunch of fogey capitalist administrators, it seems like psychotic geniuses’ attempt to destroy the world every five years or so, the main thing preventing IMF’s top agent, Ethan Hunt (Tom Cruise), from hanging up his action hero boots. This time round, said psychotic genius is so efficient that he not only manages to blow up the Kremlin, but also to implicate the IMF, resulting in Ghost Protocol, which basically means the American government telling its agents: ‘cover your own asses, guys, we’re outta here’.

Mission Impossible: Ghost Protocol features the exact same formula as its predecessors, with director Brad Bird eschewing innovation for bigger explosions (The Kremlin gets leveled), more cleavage (Paula Patton is a… prodigious talent),  and Tom Cruise doing even more surreal, death-defying stunts. The production is slick, the pace steady, and the action sequences a perfect blend of ludicrous thrills and self-aware humour, thanks in no small part to Simon Pegg in the role of tech specialist Agent Dunn.

While the more cerebral viewer may not be amused, Mission Impossible: Ghost Protocol is bound to entertain those of us in need of an onscreen adrenaline fix, although it does little to innovate the franchise.

SUMMARY: Just like its classic theme song, this series never seems to get old. Duhn-duhn, duh-duhn…