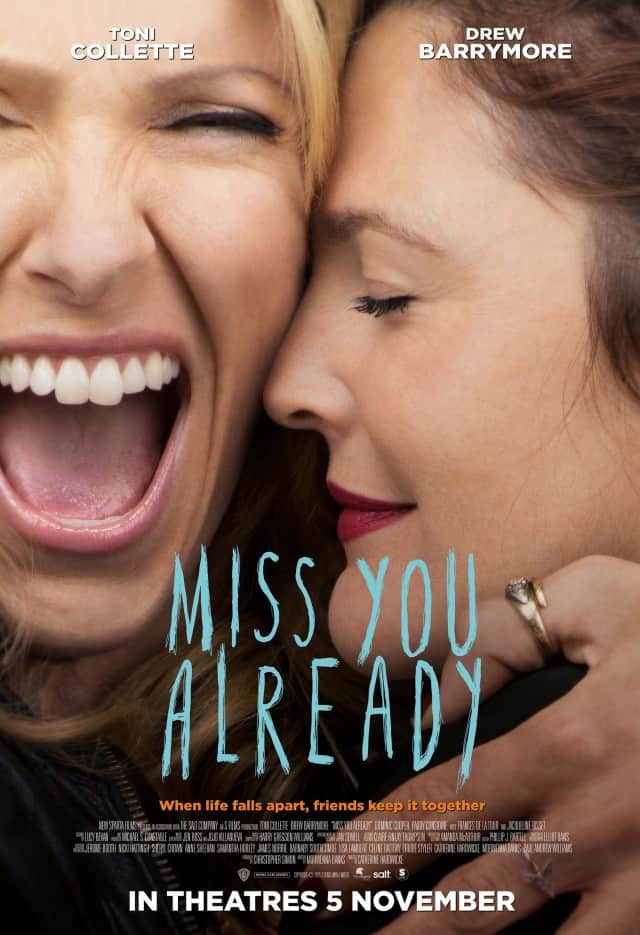 The course of true BFF-ship never did run smooth and, in this comedy-drama, Toni Collette and Drew Barrymore play best friends who weather thick and thin together. Milly (Collette) and Jess (Barrymore) have been the closest of pals since childhood, when Jess’ family moved from the US to the UK. Milly marries former rock-band roadie Kit (Cooper) and the two go on to have two kids together. Jess settles down with construction engineer Jago (Considine) and the two are trying for a baby. A spanner is thrown in the works when Milly discovers she has breast cancer. As those around her, including Jess, Kit and Milly’s mother Miranda (Bisset) try to help out in any way they can, the time-tested bond between Jess and Milly undergoes considerable strain. Will the besties conquer all? 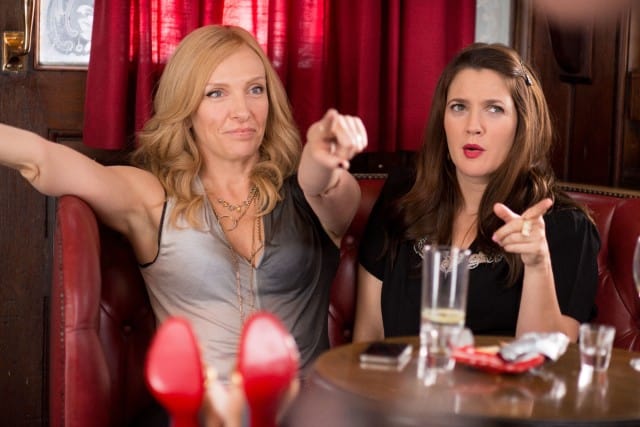 Miss You Already is adapted for the screen by Morwenna Banks from her own BBC Radio play. The radio play has a spoiler-tastic title, so we shan’t print it here (and don’t go looking for it if you haven’t seen the movie yet). It’s very easy to be cynical about Miss You Already – it’s a story about a cancer patient and her best friend, and has drawn inevitable comparisons to the likes of legendary chick flicks Beaches and Steel Magnolias. Now, “chick flick” isn’t an appellation and it’s perfectly fine for a film to be made with the intention of getting its audience to get all misty-eyed. Director Catherine Hardwicke is cognisant of the pre-conceived notions one might go into Miss You Already with and attempts to walk the tightrope between subverting the tropes of the weepie-movie subgenre and playing them straight. This is mostly successful. 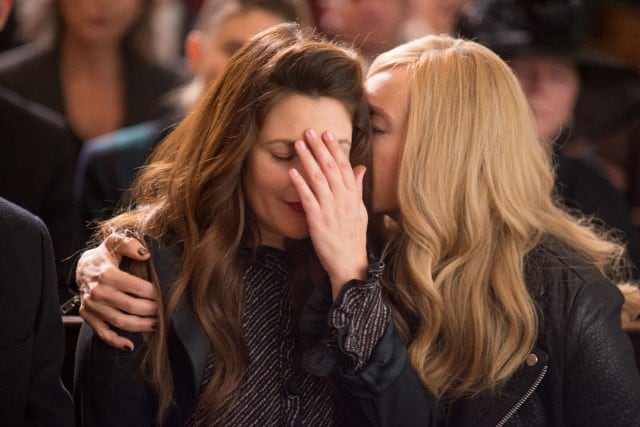 There is the great danger of the film coming across as a blatantly hokey “Lifetime movie of the week” affair. At the same time, one wouldn’t want it to be too bleakly mundane. Miss You Already does stick to many of the established traits of comedy-dramas centring on someone battling a terminal illness, but it carries nary a shred of self-importance and, as such, is easy to get involved in. The recent comedy-drama 50/50 took a down-to-earth, gently humorous look at dealing with cancer, and while the situations in Miss You Already are more outlandish, the approach is along those lines. Many of the jokes do land, and the comedy functions as a way of cushioning the blow of the devastation that comes with a condition like breast cancer. It doesn’t feel like the film is forcing us to laugh at something that inherently just isn’t funny, and that’s a point in its favour. 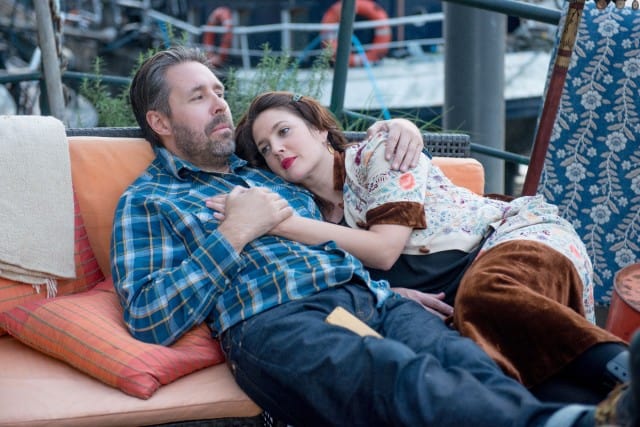 Miss You Already’s coup is its casting since, if Milly and Jess come across as actual lifelong friends, half the battle is won. Milly and Jess are distinct enough without being polar opposites; it’s a relief that the film doesn’t take the “one’s buttoned-up and the other’s a flighty free spirit!” approach. Collette does most of the dramatic heavy-lifting and her performance is as entertaining as it is affecting. We get the sense that this is a woman who loves having fun and does have a real zest for life, so we’re rooting for her in spite of some very questionable decisions she makes. Collette’s comic timing is on point, and both she and Barrymore consciously avoid over-the-top joke delivery styles. Barrymore’s Jess is the more stable and dependable of the two, having to be the unwavering pillar of support throughout Milly’s ordeal, and Barrymore is understated and appealing in the role. There’s even a reference to E.T.: The Extra-Terrestrial, which this reviewer found especially amusing. 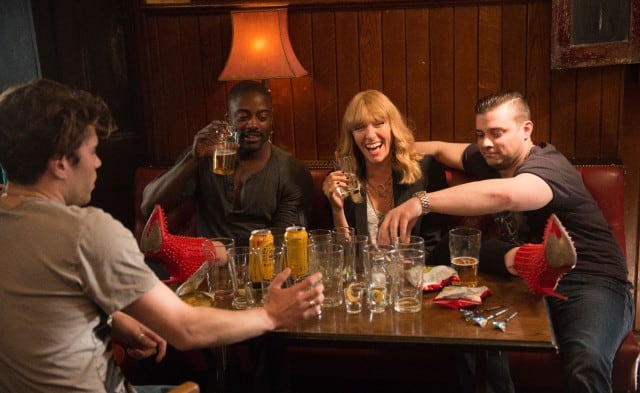 Both Cooper and Considine make for fine significant others to Collette and Barrymore, with Considine in particular turning in what might the movie’s most realistic performance. Each has to “share” his wife with her best friend, but they become friends in the process, and it is heart-warming to see them all hanging out together and enjoying each other’s company. Bisset, fabulous as always, is a complete and utter hoot as Milly’s feisty actress mother. 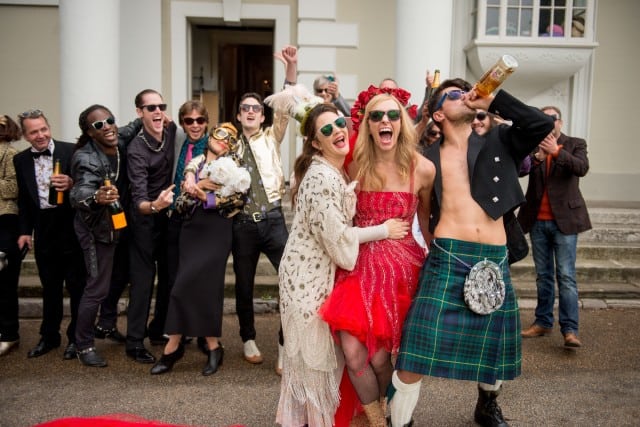 Miss You Already is by no means a realistic movie – there’s a subplot involving Milly dragging a pregnant Jess along on a spur-of-the-moment road trip to Brontë Country, the setting of their favourite book, Wuthering Heights. However, by the time the film closes in on the tear ducts, it has largely earned that and the characters feel sufficiently developed and relatable. Miss You Already’s formulaic aspects are easy to forgive, because director Hardwicke and writer Banks have mostly put them to good use.

Summary: While partaking in its share of clichés, this story of two friends manages to be funny and moving thanks in no small part to enjoyable, engaging performances from its leads.