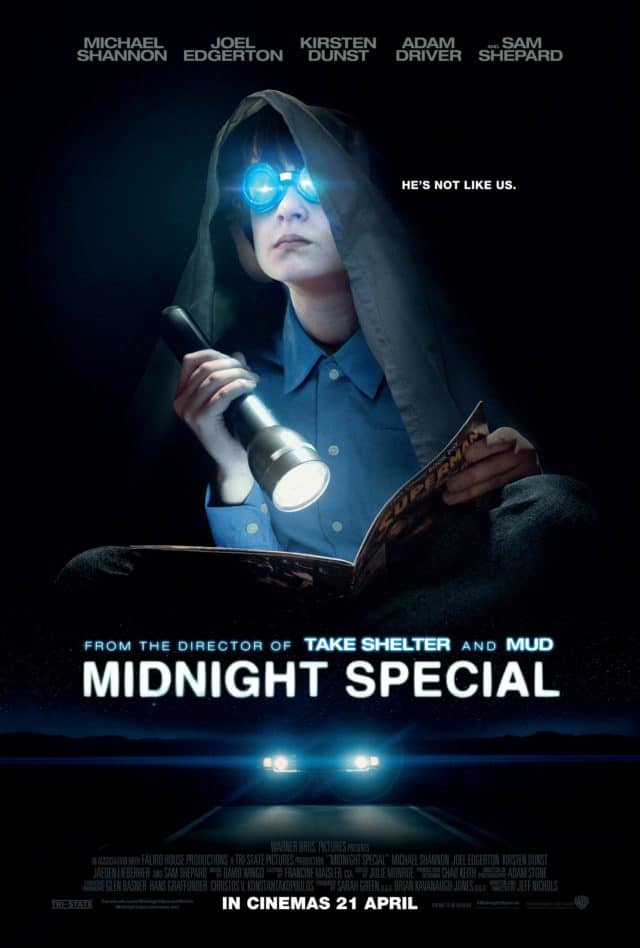 As kids, our parents would’ve told us we were special. We either believed it but stopped as we got older, or never believed it in the first place. Well, Alton (Lieberher) is a genuinely special kid, gifted with superhuman abilities and revered by a religious cult in Texas led by preacher Calvin Meyer (Shepard). Alton’s father Roy Tomlin (Shannon), alongside Roy’s childhood friend Lucas (Edgerton), escapes from the cult and Roy is accused of kidnapping Alton. Alton’s mother Sarah (Dunst) has been expelled from the cult and has not seen her son in two years. The family are reunited but far from safe as government agents and enforcers from the cult alike pursue Alton. In the meantime, NSA analyst Paul Sevier (Driver) discovers that Alton possesses classified government knowledge that would ordinarily be impossible to acquire, and attempts to determine where Alton derives his powers from. 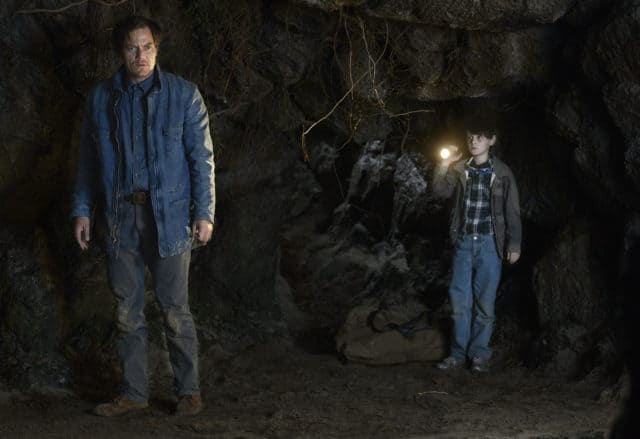 Midnight Special is a sci-fi drama that has been described as being redolent of Amblin Entertainment films of yore, movies like E.T.: The Extra-Terrestrial and Close Encounters of the Third Kind. While the plot elements superficially come off as X-Files-esque – a creepy cult, an unearthly child, government agents on the kid’s tail – writer-director Jeff Nichols is aiming for anything but a conventional thriller. Midnight Special is very much a slow burn and what initially starts off as an intriguingly ominous mystery drops off into a generally uninteresting road trip before building back up to a mind-bending conclusion. The film’s juxtaposition of the fantastical and the mundane, set mostly in rural American locales, reminded this reviewer of Looper, which also featured a child with incredible powers. There are also shades of many a superhero tale, and Alton is seen reading issues of Superman and Teen Titans. 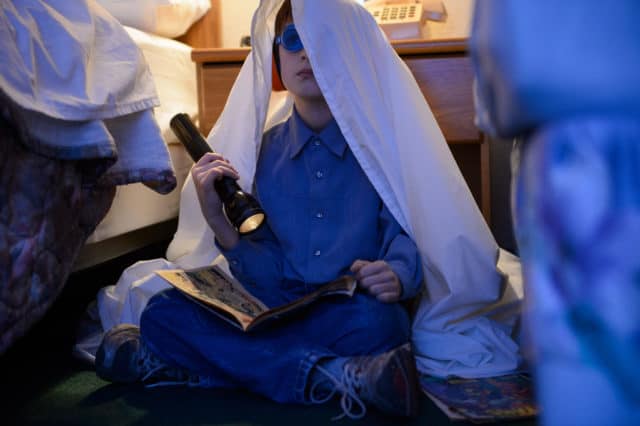 Nichols wrote the film as a meditation on becoming a father. When he was coming up with the story for Midnight Special, Nichols’ then-eight-month-old son had a febrile seizure; this was a sobering moment that struck Nichols and his wife. Indeed, the bond between parent and child is Midnight Special’s driving emotional force; Nichols taking great care in avoiding full-on schmaltziness. There’s a detachedness to Midnight Special that works both for and against it; in steering clear of the cheesiness of its influences, the film also sacrifices a degree of warmth. The moments of spectacle are judicious and the special and visual effects serve the story well (apart from a few shots of phony-looking helicopters). There’s an intimacy but also a tacit sense of scale surrounding the story, with the National Guard scurrying about as afore-mentioned helicopters buzz overhead. 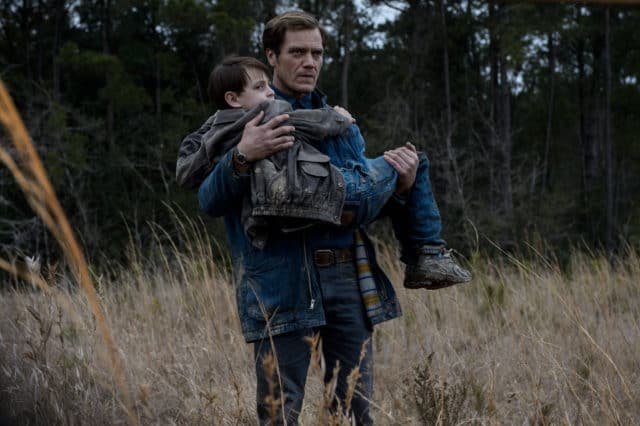 This is Shannon’s fourth collaboration with Nichols, and the director clearly brings out something in him we don’t see very often. Shannon is one of those actors who generally projects menace even when he’s not playing a villainous role, so to see him as a steadfast, protective Papa Wolf and to see him excel at it is one of the best things Midnight Special has going for it. Dunst brings a shattered, haunted quality to Sarah – physically, she is free from the control of the cult, but its tendrils are still wrapped around her mind as she makes up for the two years she should’ve spent with her son that were taken from her. Edgerton’s Lucas is the muscle; his connection to Roy and Sarah not made readily apparent. The character’s primary function in the plot is to argue with Roy over the proper way to guard over Alton.

Lieberher may not be one of those child actors whose performance is so transcendent as to leave everyone gushing over it, but he tackles the challenge of making Alton seem strange without going full-tilt creepy. It can be seen as a metaphor for caring for a child who is on the Autism spectrum or who has other developmental disorders – these children often feel they do not belong in the world, and their parents must construct a bespoke world for them. Driver is exceedingly likeable as the stock nerdy character amongst all the G-men and military types who sees something nobody else does. He apparently received the news that he was cast in Star Wars during his first day on the set of Midnight Special.

One man’s fascinating is another’s frustrating – this is very true of Midnight Special. Nichols draws the viewer in with what promises to be one corker of a mystery, only to lose us in the middle, before pulling us back in for a spectacular finale which, while not a cop-out per se, still leaves a great many questions unanswered. Ambiguity can be used either with intent or as a cheat and the ending is far from satisfactory. Midnight Special will be the starting point for many a post-movie family conversation; it’s far from light and fluffy but is ostensibly a family film at the end of the day. It might result in more head-scratching than self-reflective pondering, though.

Summary: Midnight Special’s pacing issues and difficulties in delivering a satisfying conclusion do not entirely nullify its introspective approach to the sci-fi drama genre, with Michael Shannon in particular delivering a heart-rending performance.